New York’s hard-charging beer bar scene shows no sign of fizzing out with a diverse crop of dives and pubs leading the pack. These craft beer bars, beer gardens and beer halls serve not only the best beer in NYC, but also some mouthwatering bar food and snacks and weekend brunch. If you’re a beer lover, here are the bars you need to check out in NYC. 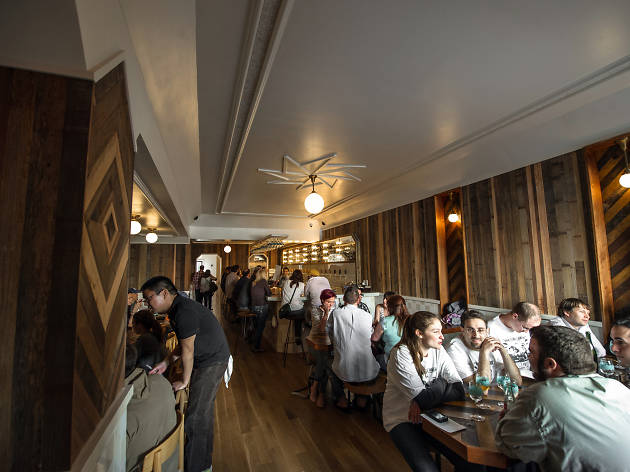 Greenpoint beer spot Tørst—Danish for “thirst”—is helmed by legendary Jeppe Jarnit-Bjergsø. With a minimalist space that looks and smells like a modernist log cabin and rare brews from thoughout Europe and North America, not to mention a robust bread program, you'll want to post up here. 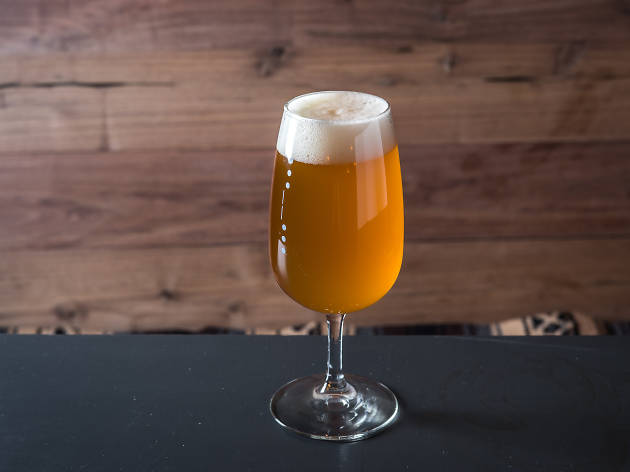 It’s not shocking that three hops-head buddies would transform a 5,000-square-foot warehouse into a brewery. It’s more unusual, however, when that concept evolves into a bi-level beast with a bar, an event space and, of all things, a coffeeshop. The unlikely combination aligns under the direction of Sycamore cofounder Justin Israelson, entrepreneur Joshua Stylman and lawyer Andrew Unterberg. Their multipurpose space sprawls over concrete floors with all the whitewashed brick and reclaimed wood you’d expect from a Brooklyn bar, along with draft beers and cocktails that you wouldn’t. 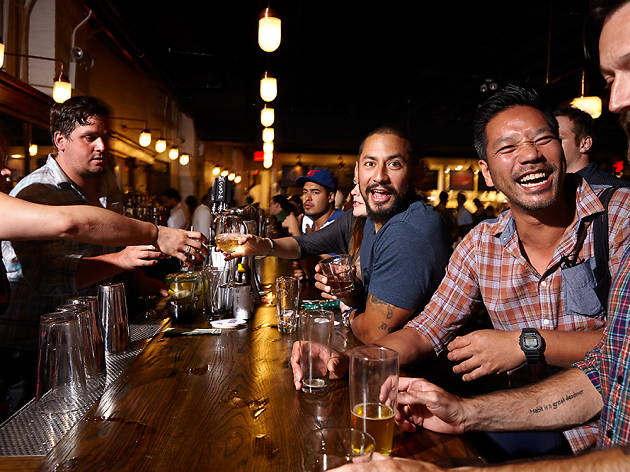 The hybrid food court–biergarten (a “cafebeeria,” if you will) is decked out with rows of wooden tables, stalls of booze-sopping grub and enough beer to extend sustain your day of feasting. The 12-tap lineup ranges from hyperlocal brews to international picks, with  food vendors also on-site to make you never want to leave. 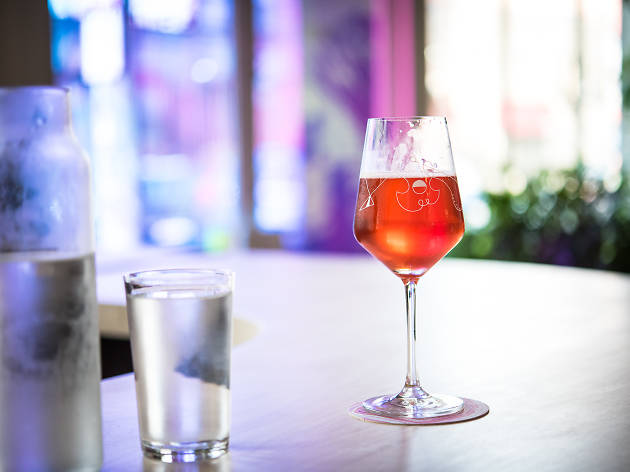 It’s an 85ºF night in Brooklyn. Inside a brewery, a guy sporting a beanie is standing next to his friend in a Hawaiian shirt. Around the bar, several hops-heads are exchanging enthusiastic tasting recommendations, and one guy in a suit is telling another guy in a suit about how good the mango-guava ale is. The other guy in a suit orders it from the pirate-styled bartender with a safety-pin earring and declares that he’s never had a beer like it before. Welcome to a Thursday night at East Williamsburg’s newfangled brewery. The spot is full of happy dudes drinking beer from large wineglasses while surrounded by Scandinavian decor, potted succulents and iPad Square Stands. There’s a reason everyone’s euphoria levels are turnt up to Pete Davidson’s circa June 2018: The taproom finally allows Grimm’s followers to sample new flavors and buy freshly canned brews from the ex-nomadic beer darlings. Not only that, but the husband-and-wife owners are allocating 160 oak barrels—one-fourth of the brewery’s space—toward aging sour beer, unheard of in NYC. When I asked the bartender for his picks among the brewery’s six rotating sour varieties, he recommended starting with Living Daylights, a dry-hopped sour ale (very mild), before moving on to the potent Lilt, a pink-red ale fermented with Montmorency cherries. The beer’s tart, thick cherry taste carries a hint of licorice—like an older and sassier Shirley Temple. The $4 four-once pours make it tempting to sample several of the flavors: 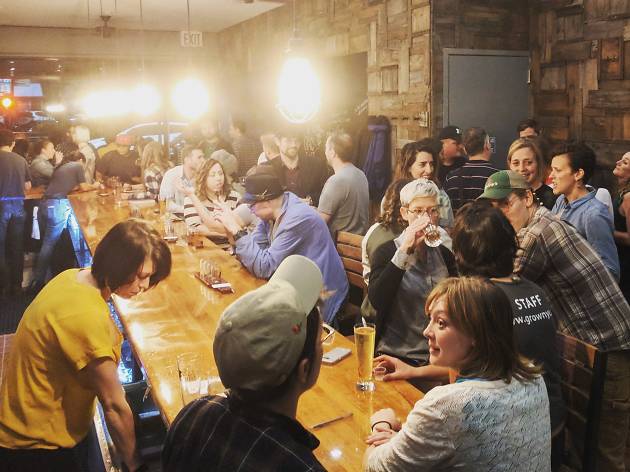 Though Bad Seed specializes in dry hard cider, the relatively secret taproom has an excellent craft beer selection and a small but pleasant outdoor area for drinking al fresco. 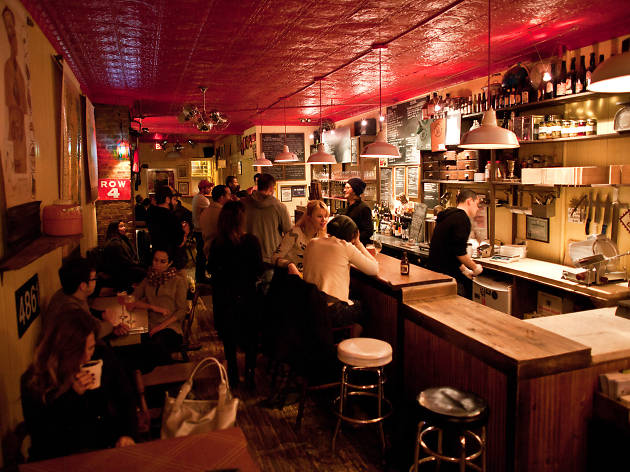 The pared-down lineup of six drafts and one cask here speaks to owner Joe Carroll's reverence for beer. "With too many lines, the beer can sit around and get stale," he says. Spuyten's minimal draft offerings, as well as its 100-plus bottle list ($5-$45), are focused mainly on tiny European breweries. Sample old-world rarities like the thick, sherrylike Samichlaus lager from Austria or cellar-aged Cantillon lambics of various vintages ($15-$30). The cozy interior is chock-full of flea market finds, most of which are for sale. There’s also a tasty bar menu of smoked meats, pâtés, cheeses and terrines. 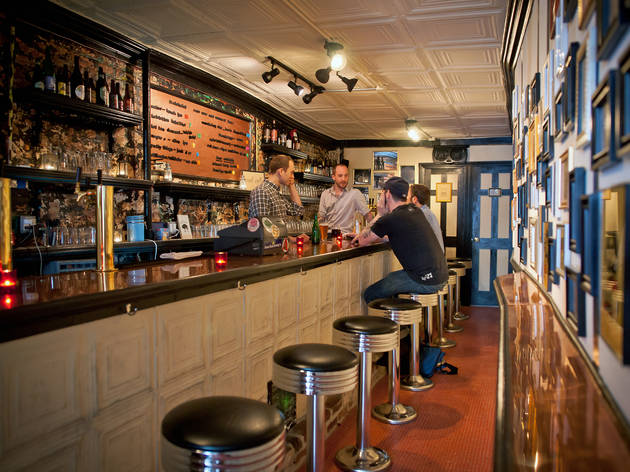 What we appreciate most about Proletariat—a slim ten-seat suds parlor from Ravi DeRossi (Death & Company, Cienfuegos)—is that it offers a new stage for craft brewing. One of the most exciting brew lists in town features rare, new and unusual beers; for beer nerds looking to escape the pub, the sometimes-overpriced and often-overcrowded place nevertheless exerts a curious magnetism. 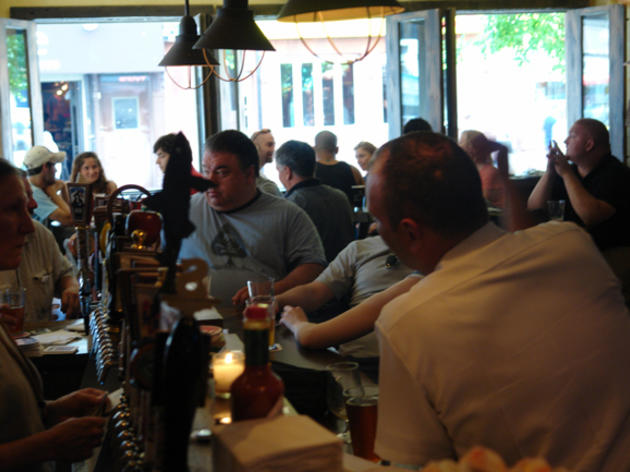 Long before craft entered the lexicon, there was Blind Tiger, one of the OGs of the New York beer scene. Since its arrival in 1995, Blind Tiger has achieved legendary status thanks to a meticulously curated program and some of the city's best bar food. The 28 taps ($6.50-$11), two casks and one gravity keg (usually $7), plus more than 80 bottles ($7-$55) make this the first port of call for brewhounds who want to track down pours they can't find anywhere else. Weekly events, including meet-the-brewer nights and frequent style showcases, help drinkers navigate the hunt. 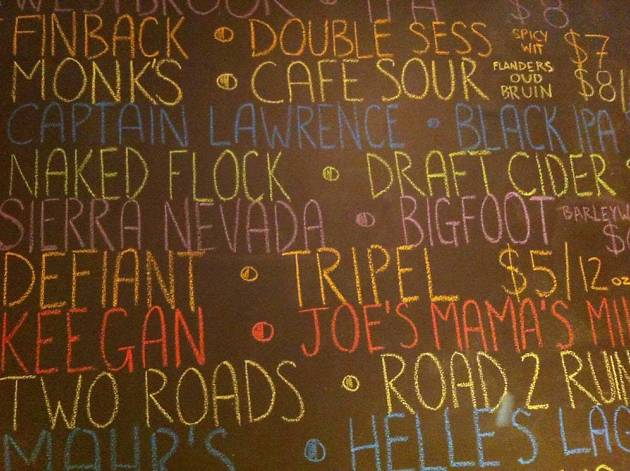 Named after a family farm that once grew on Park Place, this local-focused taproom is festooned with decorative plates from old-school NYC breweries like Piels and Schaefer. On the menu, find 16 craft beers, including Other Half's Forever Simcoe DIPA and Kent Falls Apricot Gose, as well as soft pretzels and loaded grilled cheese sandwiches. 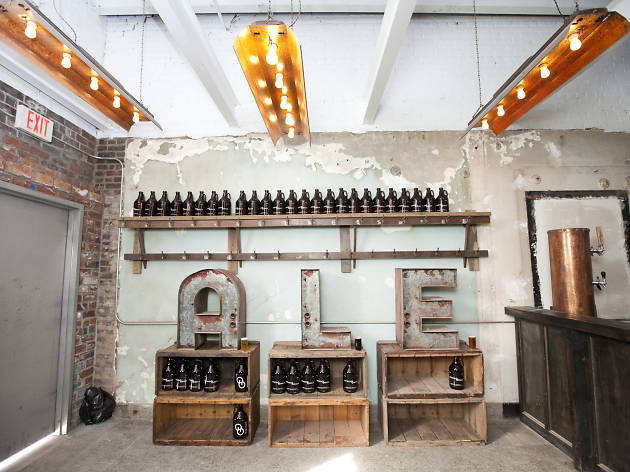 After years spent manning the tanks at Greenpoint Beerworks, head brewer Sam Richardson strikes out on his own with this IPA-driven brewery. The 4,000-square-foot operation—not to be confused with Chicago's Better Half Brewing—turns out five hops-forward beers, including a West Coast–style IPA, a cask-conditioned Motueka pale ale and a black ale brewed with winter barley. Heavier selections include an imperial stout and sour beers. The factory is open for hops-head visits on weekends, while a next-door tap room—rigged with a cherrywood bar and exposed lightbulbs—pours out pints and offers mix-and-match six-packs to go.

Looking for a hole-in-the-wall bar? 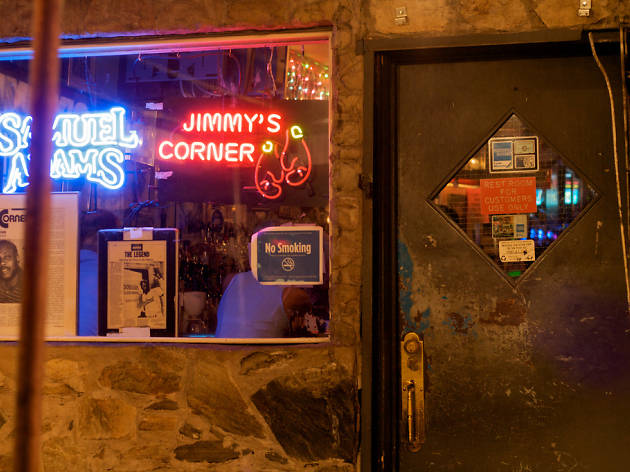 With a bit of gritty New York disappearing each day, we sound off on the best dive bars still standing strong