Attending an outdoor bazaar is certainly a must here in New York, and Brooklyn Flea is undoubtedly one of the most popular flea markets to hit. The market has everything, including an impressive selection of throwback wares and records, which you certainly wouldn’t find in just any vintage clothing store or record store in the city. The food selection is also nothing to sneeze at, since the creators also operate one of the city’s best food markets: Smorgasburg. Get ready to satisfy your shopping itch and gear up for some location changes this year. New York’s largest market returns to Dumbo but adds another new spot: The Williamsburg Hotel. The new digs isn't a shock to us: The grand bazaar has operated from many nabes and locations like Fort Greene and even Soho over the years. Regardless, the switcheroo won’t keep folks from their go-to weekend ritual. Here’s what you need to know about Brooklyn Flea for 2019.

Brooklyn Flea is heading back to Williamsburg! But this time, at an entirely new spot. While Smorgasburg will continue to operate out of East River State Park every Saturday, you’ll have to walk a few blocks to The Williamsburg Hotel (96 Wythe Ave) to explore what Brooklyn Flea’s vendors have to offer. The flea announced that merchants hawking vintage, jewels, art, books and more will be stationed on the second-level patio from 11am to 6pm every Saturday.

FYI: You can still experience the Flea’s town-square vibe at its alfresco Dumbo location on Sundays. The market moved farther down the waterfront to the cobblestone streets of Pearl Plaza in 2016, which brought in a ton of foot traffic. This European-style iteration continues to spotlight roughly 65 to 70 vendors that display their goods beneath the Manhattan Bridge.

What can I buy at Brooklyn Flea?

For midcentury Dutch furniture, visit Van der Most Modern. Dan’s Parents’ House hawks tchotchkes and oddities, like a bucket of eyeballs (not real ones, silly!). Savannah Hope sells ceramics from yesteryear, and Joan Van Hees is your vintage go-to: Her stash of throwback apparel is the most reasonably priced ($10 to $200), too.

What is there to eat at Brooklyn Flea?

The Flea doesn’t offer as many bites as Smorgasburg, but when the shopping fatigue sets in, there are a few food vendors selling their drool-worthy munchies at the Dumbo location. Saturday flea-goers can walk a couple blocks down to East River State Park to satiate their hunger at Smorgasburg. Past highlights: pork buns from C Bao, Indian grub from Dosa Royale, shaved iced by People’s Pops and pizza from Wood Fired Edibles.

Where is Brooklyn Flea?

Brooklyn Flea is at The Williamsburg Hotel, on the second-level patio every Saturday from 11am–6pm starting April 6. The Flea is also under the Manhattan Bridge at Pearl Plaza in Dumbo every Sunday from 10am–5pm starting April 7. The markets will be outdoors through October. For more information, visit brooklynflea.com.

Aside from hitting the snooze button, what’s the first thing you do in the morning? Peep your Insta feed, duh. Checking Brooklyn Flea’s page (@bkflea) is exactly what cofounder Eric Demby suggests you do: The feed posts about the cool events, from concerts and apparel customization, going down at the flea. 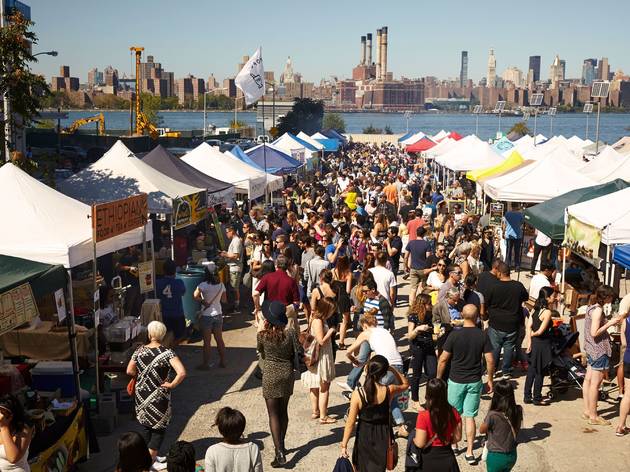 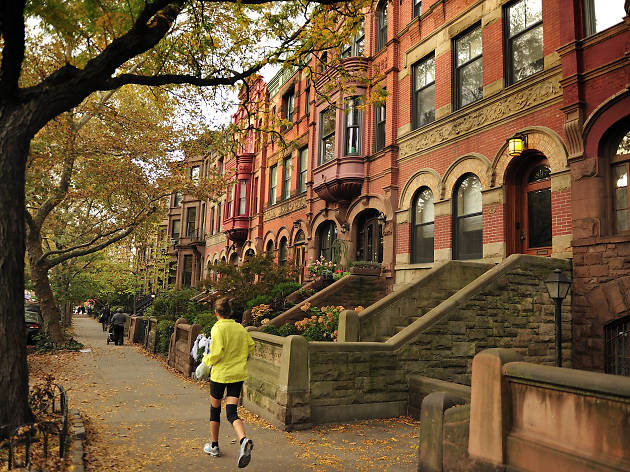 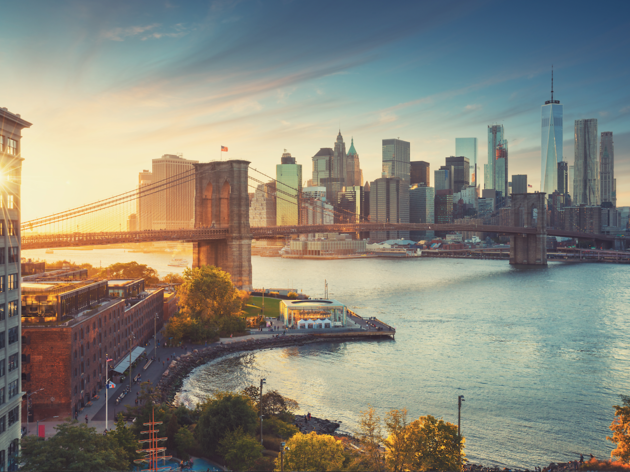 Things to do in Dumbo, Brooklyn 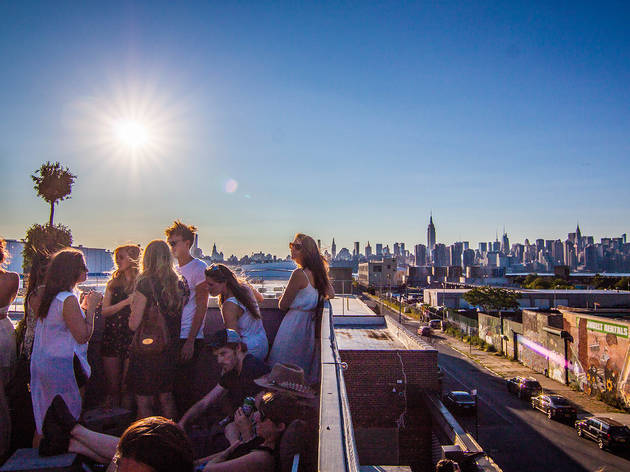 Things to do in Williamsburg 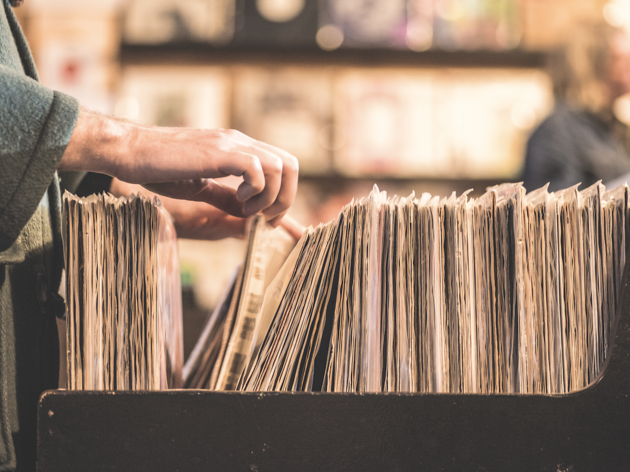 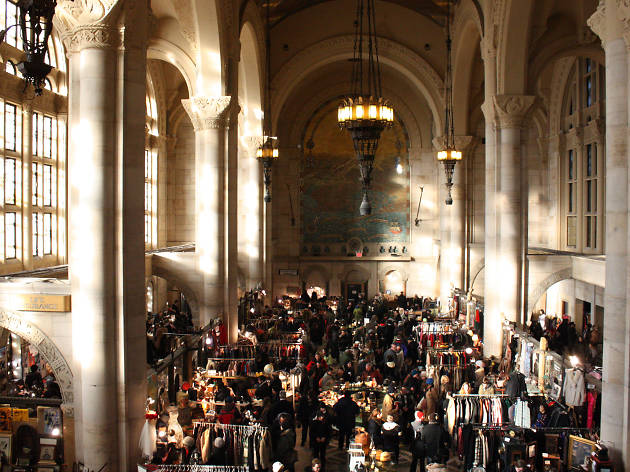 The Brooklyn Flea is returning to Fort Greene 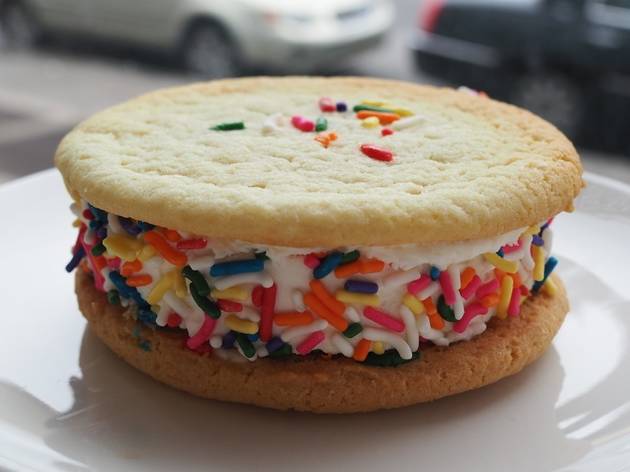 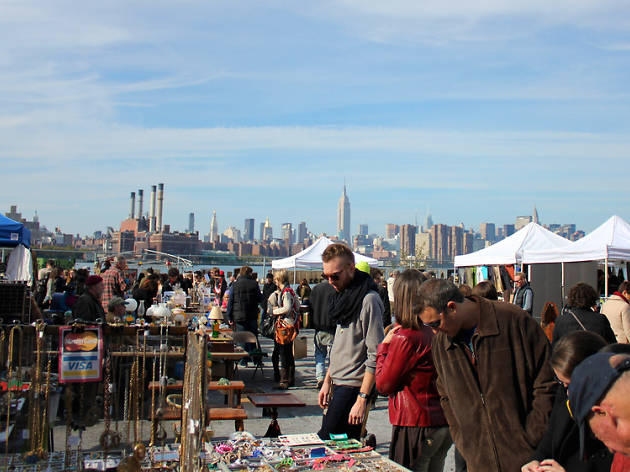 The Brooklyn Flea is moving to DUMBO this summer