Southeast Asia’s Hollywood – that was what Singapore was known as during the ‘50 and ‘60s. Over 300 masterpieces were shot and produced in Singapore between the two decades by two major film empires: Cathay-Keris and Shaw. These films have long become time capsules for life back in the day, but are deserving of screen time today, especially when Singapore has gotten the luxury of finding her voice and cultural identity. With film festivals on hold and cinemas still closed, there's no better time to rediscover the magic of Singapore's classics from the comfort of your home – with the help of the city's film community.

"91 surviving titles of the Cathay-Keris Malay classics collection preserved by the Asian Film Archive (AFA) are currently inscribed as Singapore’s only moving image documentary entry in the UNESCO Memory of the World Asia-Pacific Register." 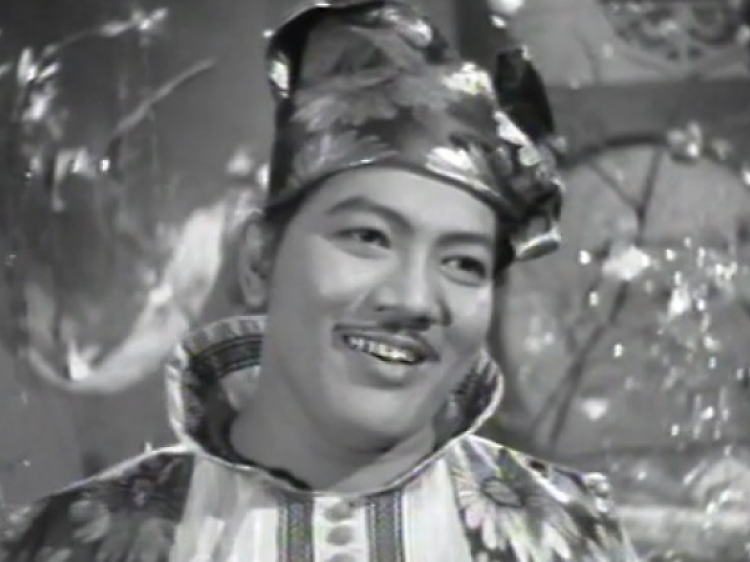 “This is a recognition of how important and impactful this collection of films is for future generations of Singaporeans and film audiences everywhere,” Karen believes.

Known for embracing the best of Asian cinema and introducing it to a new generation of audiences through exclusive screenings, the AFA works towards repairing old films that are in sole surviving film elements of 16mm or 35mm prints or negatives. Despite being tarnished by low resolution, they are still filled with the stories and dramatics we crave in films – from a love musical à la P. Ramlee’s to an epic duel à la Hussein Haniff’s. By digitising and adding subtitles to them, these films can be enjoyed by a wider audience.

Karen adds, “[The films] were captivating because they succeeded in appealing emotionally and culturally while embodying the heritage and artistic flavour of the Southeast Asian region. Hang Jebat is regarded by film historians as one of the most important films about the warrior Jebat.”

“Filmmaking [then] encapsulates the social norms, societal aspirations, and socio-cultural backdrop of its time,” says Kenneth Tan, Chairman of Singapore Film Society (SFS), the brains behind some of the city's well-loved film events. “I personally like Chuchu Datok Merah very much as it’s such a fascinating window of insight into Malay culture.”

But it’s not just films by the Shaw Brother or Cathay-Keris that contributed to the local film scene then. “Films from the Kong Ngee Film Company [also] played an important role in the Cantonese film industry and helped launch the career of actors like Patrick Tse,” tells Leong Puiyee, Film Programmes Manager at Objectifs Centre for Photography & Film, the visual arts space that spotlights original voices in visual storytelling.

"Filmmaking [then] encapsulates the social norms, societal aspirations, and socio-cultural backdrop of its time." 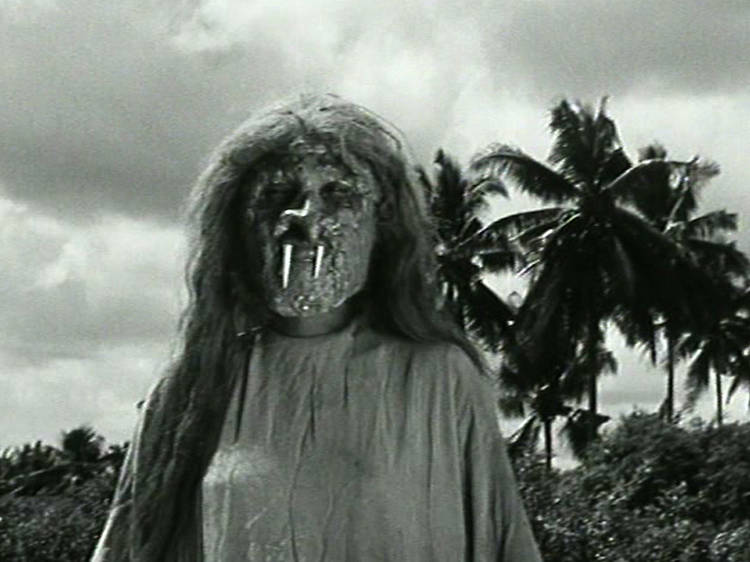 The genre that rules them all

One such genre that lures audiences then as it still does today is horror. Forget haunted houses, these feature the orang minyak and pontianak – the stuff of nightmares. Produced by Cathay-Keris, the Pontianak cult classic was first released in 1957, and dubbed into Cantonese and English for the Hong Kong and American markets.

Together with sequels Dendam Pontianak and Sumpah Pontianak, the trilogy defined the horror genre in Singapore and Malaysia, launching the film careers of Maria Menado and S. M. Satay. The films also feature music composed by Zubir Said, the composer behind Singapore’s national anthem. Fun fact: some of the earliest surviving kampong scenes filmed in Siglap and Tanah Merah can be found in Sumpah Pontianak.

Besides being hyperlocal and hyperspecific films, these scary stories are undeniably Singaporean; Southeast Asian in general even. “The resulting voice across the region was so strong and so united – I’d like to think this is why the nusantara (Malay Archipelago) hasn’t stopped speaking about the pontianak (and other Malay folklore creatures) to this day. Even [local filmmaker] Glen Goei just [released] a film about her last year (Revenge of the Pontianak),” says Benedicta Foo, an English and Film undergraduate at Singapore University of Social Sciences.

“I adore P. Ramlee’s Sumpah Orang Minyak. It’s one of his best films – we see his talents in full display, from directing to writing to acting as the titular monster, and even literally making the film a full-on, flamboyant musical during key moments. There’s nothing quite like it.” Benedicta continues. But don’t be fooled by the musical front, Sumpah Orang Minyak is no Rocky Horror Picture Show. 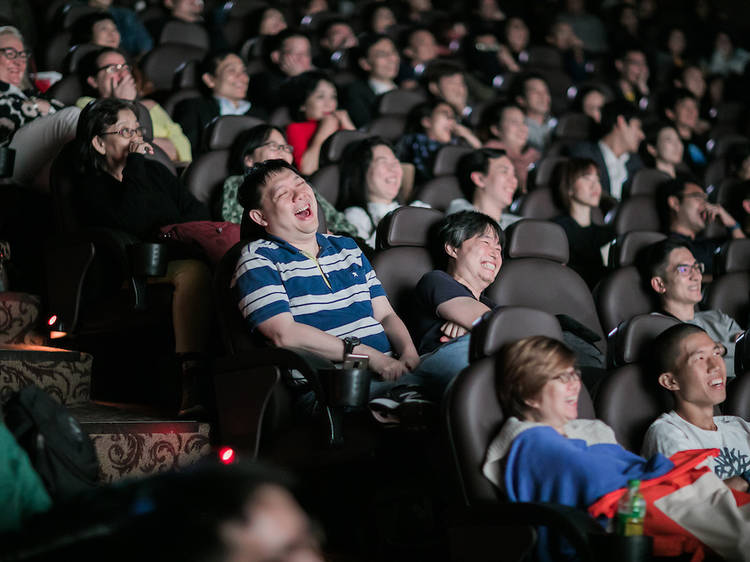 In this digital age, many are now tuning into streaming platforms for their movie fix. While platforms like Netflix and Amazon Prime carry Hollywood old schoolers, they lack titles from Singapore’s golden era. But beyond DVDs of famous titles such as the Pontianak trilogy and P. Ramlee’s popular Bujang Lapok series available to purchase, people are still looking for alternative ways to watch such films.

“As the films are still within the copyright purview of their respective owners, audiences can watch some of the restored and digitised versions of the films utilising AFA’s reference collection at the library@esplanade (when it reopens),” Karen advises.

As a film buff myself, nothing beats finding camaraderie within the film community through festivals, screenings, dialogue sessions and even online watch parties. Organisations like the AFA, SFS and Objectifs host such events for film lovers to get together to discover, watch, discuss and understand the lesser-known titles as well classics from Singapore and beyond.

“Furthermore, it’s always nice to buy a ticket and watch a Singapore film that is screening at festivals or spaces like Objectifs, the Oldham Theatre, and The Projector. “That always goes a long way in helping the film’s box office earnings, and helping to sustain the film scene here,” says Puiyee.

In the meantime, get your film fix with the Objectifs' Film Library, AFA's Whose House is This?: New Cinema of Central Asia, and SFS' weekly Netflix parties. Follow asianfilmarchive.org, singaporefilmsociety.com, and objectifs.com.sg for updates on the next film festivals, exclusive screenings, and dialogue sessions in Singapore. 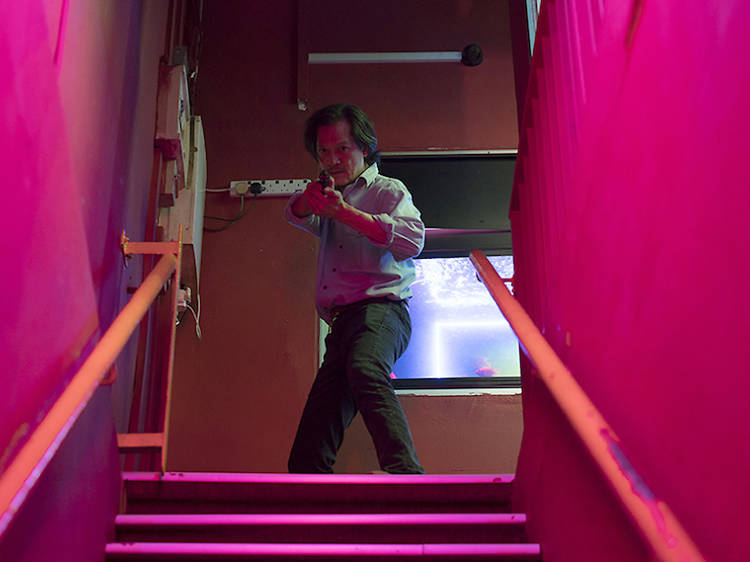 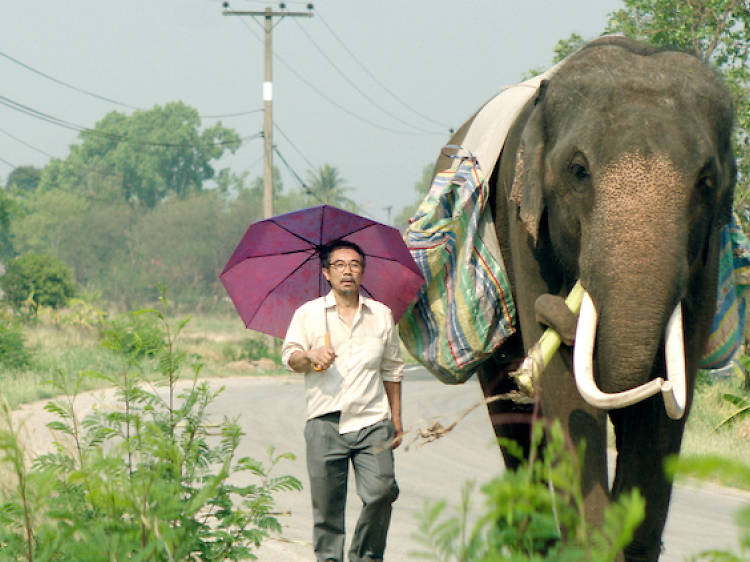 The best Singapore films to watch 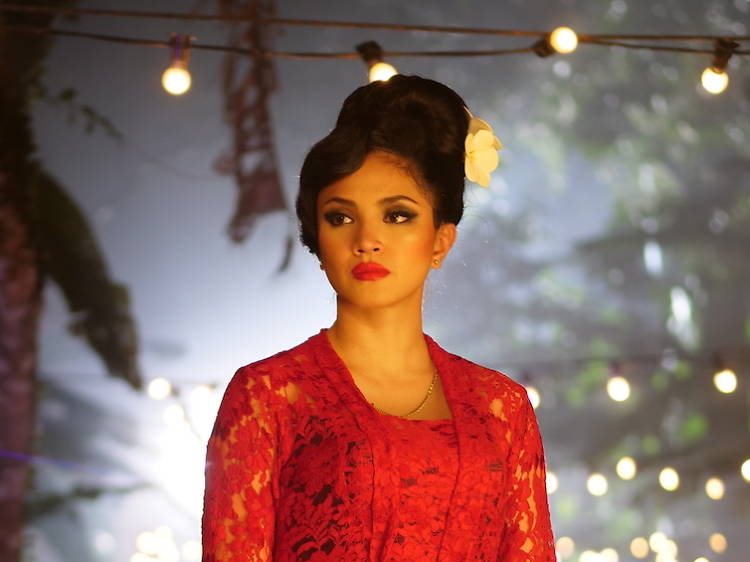 Director Glen Goei shares his inspiration behind Revenge of the Pontianak