For those who dislike spending hours in the gym, high-intensity interval training (HIIT) is the way to go – you work hard for a set amount of time with minimal rest which raises your metabolic rate for up to 48 hours. Yes, this means you’ll be burning fat even when you’re lounging in front of the TV later. Get your heart rate up faster than you can say HIIT at these boutique gyms in Singapore. 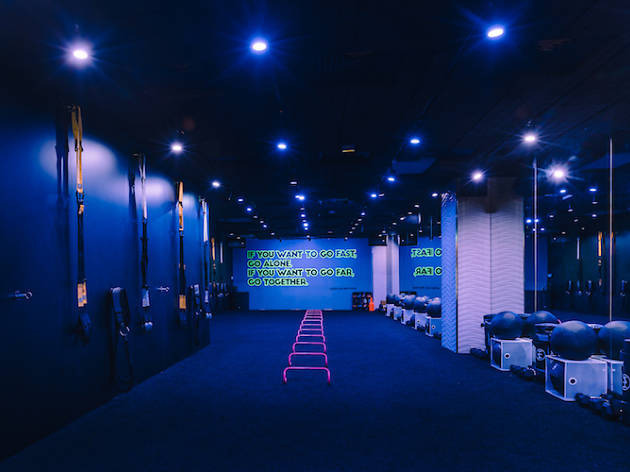 Haus Athletics exudes a boutique gym meets cool club vibe in its stylishly dim studio – minus the alcohol. Still, you can get high from its immersive workout experience driven by the newest beats and group movements. Book into Meltdown for a total body cardio sweat session, or pick up some weights with Leanout to build lean muscles. Either will leave you perspiring and catching your breath at the end of the 40-minute session. 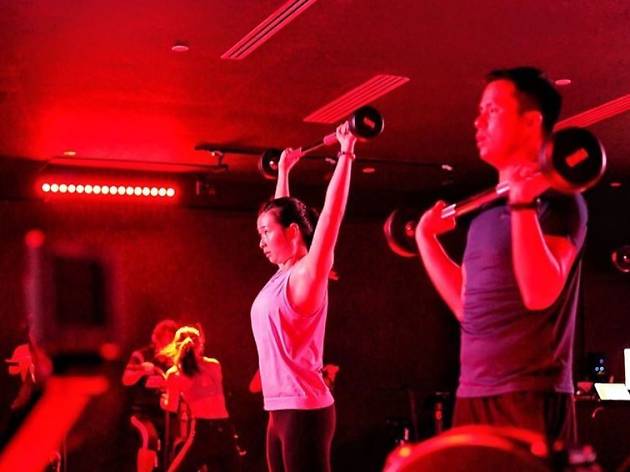 Boomcamp, the HIIT sister to Boom’s aqua-boxing classes, packs an equal amount of cardio punch. The class, held at Core Collective at Anson Road, is split equally between cardio movements and strength-building elements. In the 45 minutes class, half will be spent on the assault bike or rowing machine, and the other half performing various weighted movements on the floor. There’s hardly a dull moment in class, having to alternate between cardio and weights before ending off with a core-burning exercise. And when it’s all over, reward yourself with a cool shower perfumed with Ashley & Co bathroom amenities. 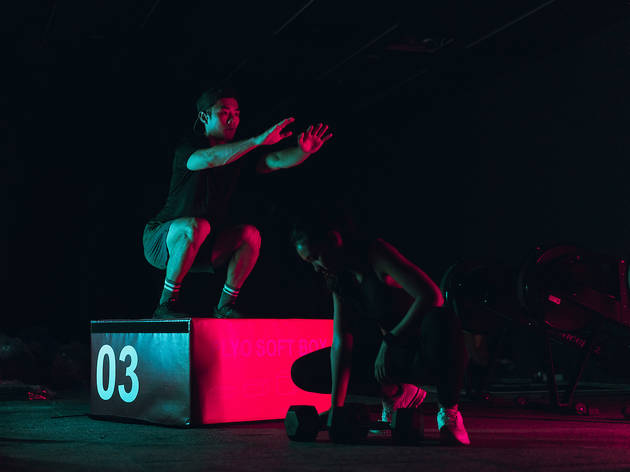 Besides a spin studio, Ground Zero also has a space set aside for Resistance classes – a 45-minute full-body workout to build strength and train endurance. Each session will have you moving around various stations, and the focus differs depending on the type of workout. Build is designed to build muscular strength, Power employs heavy compound movements, and Endurance pushes the cardiovascular system to the limit. And when it's all done, take a well-deserved shower perfumed with Ashley & Co toiletries. 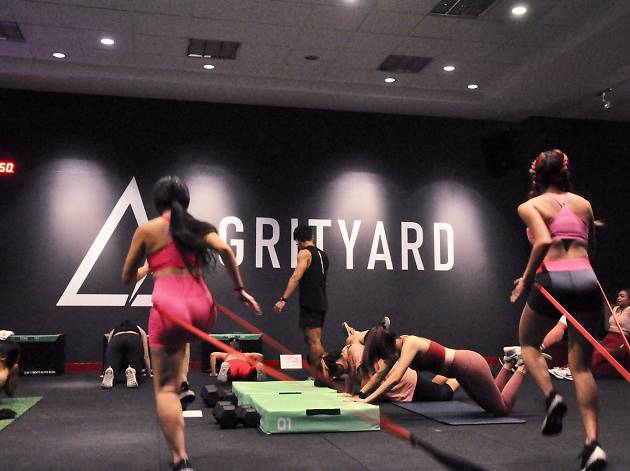 The gym prides itself on its class program. After all, Grityard is founded by former national athletes who spent a good part of their lives training professionally. Classes here focus on five pillars: endurance, speed, power, core, and strength. Burn, pulse, and challenge your muscles in the 30-minute Hell Fire class, or combine speedwork with plyometric movements in the Reignman class that’s inspired by NBA legend Shawn Kemp. 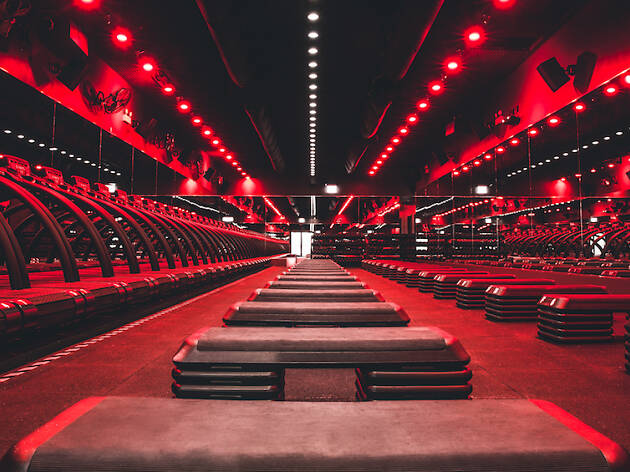 No stranger to the HIIT game, Barry's is an LA-based premier studio that's been frequented by the likes of David and Victoria Beckham, Kim Kardashian and Justin Bieber. Barry's welcomes you to break a sweat at its world-renowned HIIT classes conducted in the signature Red Room. The carefully curated workouts are known to incorporate cardio exercises on treadmills with strength and conditioning exercises using free weights and state-of-the-art equipment. This provides an immersive and motivating experience that helps burn up to 1,000 calories per session. 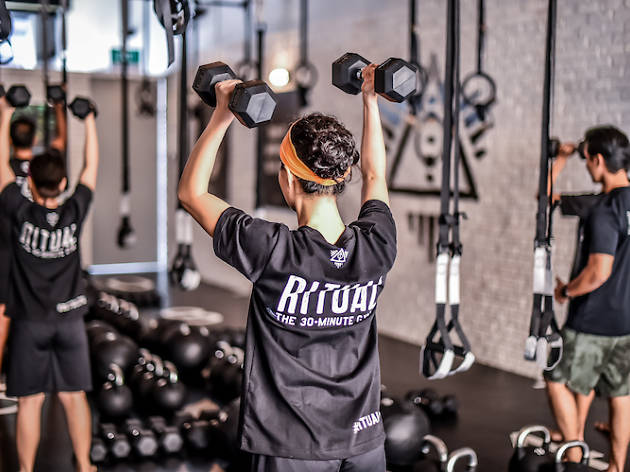 Ritual believes in training your body like a machine and not with machines – so don’t expect to find treadmills or bikes here. Instead, there are kettlebells, medicine balls, suspension ropes and gymnastic rings to use during the 30-minute sessions. Each session can accommodate up to 10 people and starts every half-hour so there are no excuses to skip. It’s fitted with a shock-absorbent gym floor that doesn’t require shoes so you can rock up and work out. 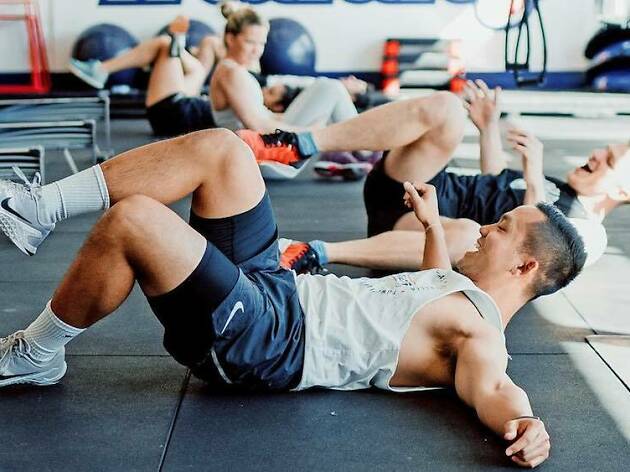 Flex those muscles and go all out with F45. The Aussie fitness studio offers 45-minute workouts that combine elements of HIIT, circuit training and functional training designed by celebrity trainer Luke Istomin. Each workout aims to improve strength, cardio and resistance. It is said that its combination of interval, cardiovascular and strength training has been proven to effectively burn fat and build lean muscle. 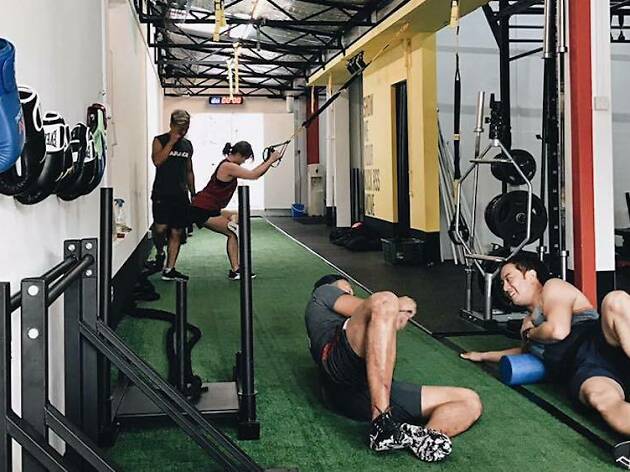 It's all about the mind, will and body at The Garage. The idea of training at this gritty fitness space may intimidate you but fret not – its circuit training facility offers HIIT classes and personal training for everyone of all fitness levels, even gym rookies. Classes are specially designed by a group of sports and medical pros to push your strength, endurance and cardio health within the shortest possible time. There are 15 different stations equipped with free weights, suspension trainers, rings, boxing, yoga and more. 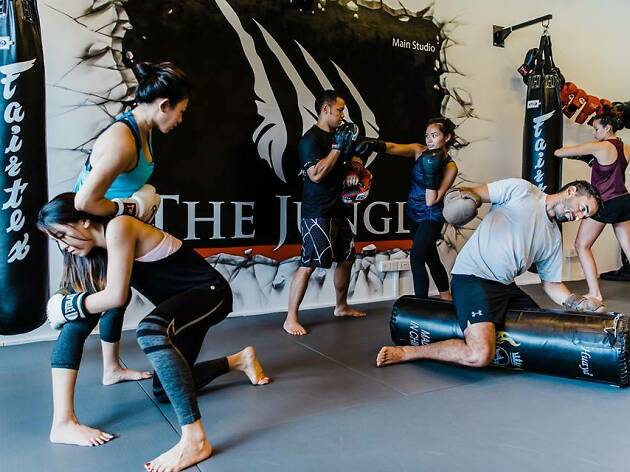 Located in concrete jungle that is Raffes Place, this dynamic fitness gym and martial arts studio is a great place to kickstart your day before you go back to the grind. Choose from various group classes like Muay Thai, Brazilian Jiu-Jitsu, strength training, high intensity interval training (HIIT) and more. If you're up for a challenge, The Jungle offers one of the most varied HIIT classes in town where you can incorporate kickboxing and some martial arts into your workout. 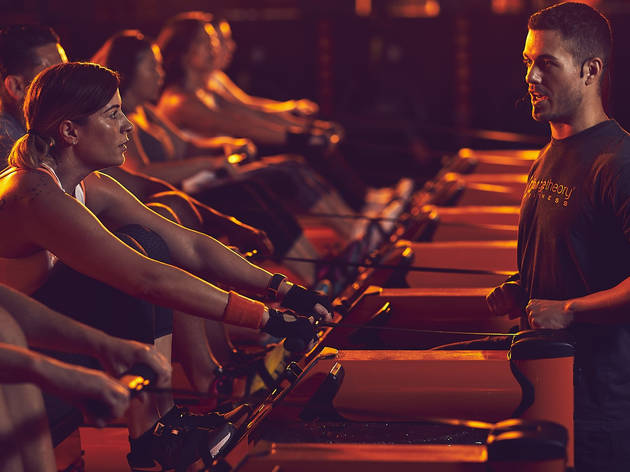 Heart rate-based HIIT training that’s designed to stimulate your metabolism and boost your energy levels – that’s what Orangetheory is all about. This is done using treadmills, water rowing machines and light weights while you’re wearing an OTBeat heart rate monitor that provides essential data in both real-time and after the session via an individual workout summary. Orangetheory claims that you can see visible results after a month of attending three to five sessions each week. 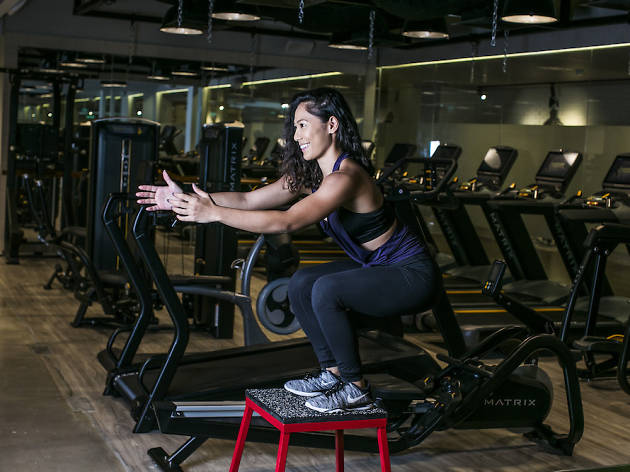 The latest 24-hour gym in the CBD, Platinum Fitness is one for the busy bees. Cosy in size, the affordable luxe gym offers everything you need in a gym – quality equipment, high-end facilities and classes to work up a sweat. Get your blood pumping with its GetPhlatFit HIIT Class, a 45-minute full-body high-intensity session that runs daily. The best bit? These classes are held in small groups, giving you more freedom to move as well as allowing the trainers to guide and correct your form when needed. 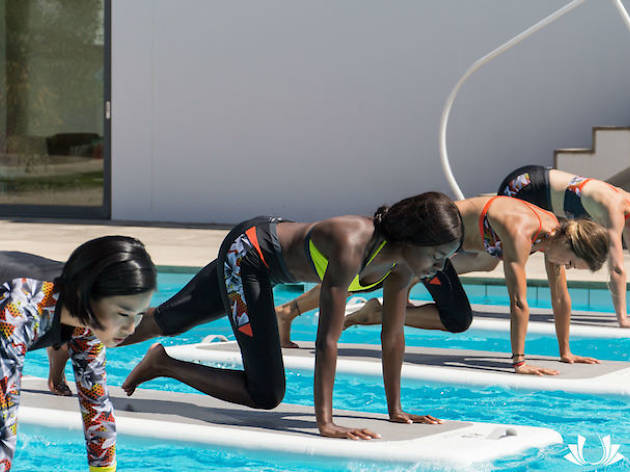 If you thought HIIT couldn’t get any harder, you couldn’t be more wrong. Skyline Aqua isn’t your usual interval training class – you’re required to put on swimwear before climbing on top of an AquaBase floating mat in a swimming pool. To stay balanced, you need to activate the usually unworked intricate stabilisation muscles in your body. Needless to say, you might end up falling into the water. But it’s worth the risk.

Other gyms to check out 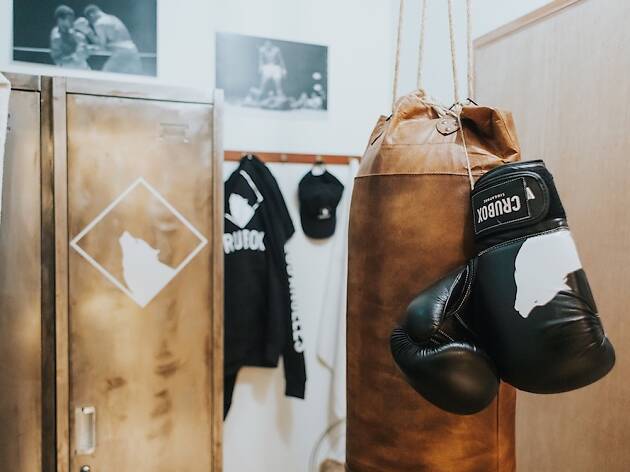 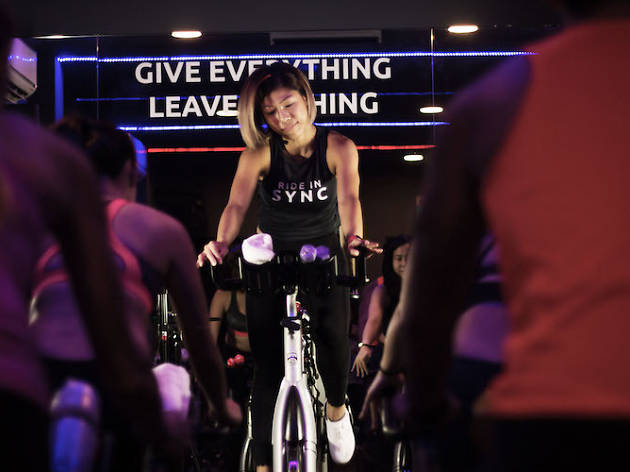 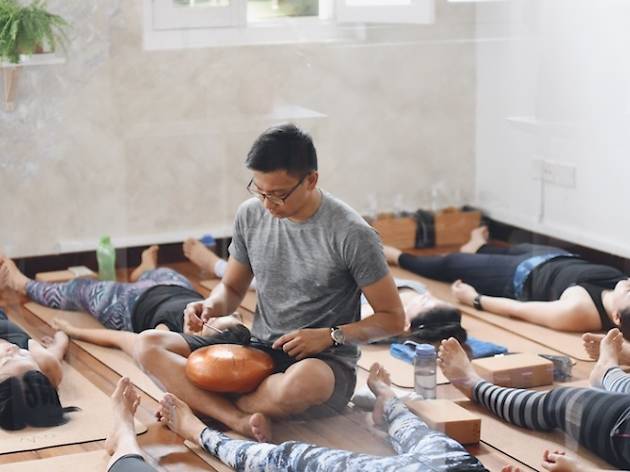