New day, new things to do. Singapore is nothing short of amazing, with plenty of live concerts, art exhibitions, theatre shows, pop-up markets, food events and family-friendly happenings dotted around the city to keep you busy. Need some inspiration for today? Here are some of our favourite events to get you started.

Plan your week and weekend from Thursday to Sunday in advance with our handy guides. Filling next month's dates already? Check out the best things happening in the Lion City each month.

RECOMMENDED: The definitive guide on things to do in Singapore 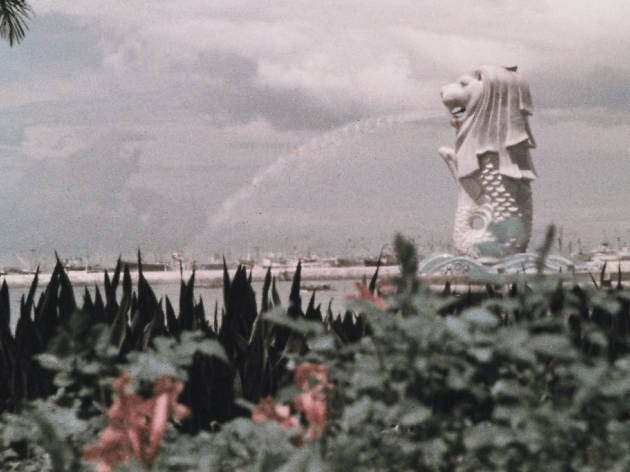 Back for all your viewing pleasure – Asian Film Archive's annual film and art affair returns from January 10 to February 2 with an exciting fifth edition: Rushes of Time. This year, the eye-opening event is spread across two locations, The Archive, and The Warehouse. Make yourself comfy as it takes you on a profound journey of time, memory and the moving image through art installations, thought-provoking exhibitions, film screenings, guided tours, talks and performances.  For the uninitiated, the Asian Film Archive is dedicated to restoring and spotlighting old but gold movies from Singapore and the region. With State of Motion: Rushes of Time, Asian Film Archive turns on the lightbulb to dig deeper into the world of archives on how a 'new' sense of time can be created from past materials. If you're as curious as we are, head on down and check the ways in which artists and filmmakers act as living mediums to assemble and animate personal and collective histories. Visit stateofmotion.sg for the full list of programmes. 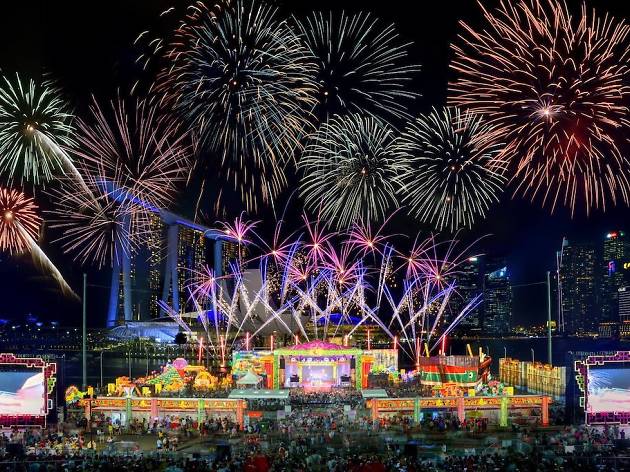 Gather the whole brood for an extravaganza by the waters of Marina Bay. The iconic Chinese New Year event returns to The Float @ Marina Bay for a week of dazzling lantern displays, spectacular fireworks, interesting exhibitions as well as plenty of song and dance from January 23 to February 1. Watch the floating stage transform into a vibrant, cultural fest complete with captivating live performances by local and international acts including Zoe Tay, Desmond Tan, Ya Hui, Guo Xian, Li Yi and more to usher in the Year of the Rat. Keep your spirits (and energy) high at various food stalls where you can refuel and indulge in tasty treats from Singapore and across the region. And if you're looking to burn some energy, there are plenty of arcade and carnival games like bumper cars, mini Ferris wheel and inflatable slides to enjoy. The main draw, of course, is the fantastic fireworks display. Delight in the colourful showcase by the Marina Bay Waterfront from 8pm to 10pm every night. However, do note that it starts at the hour from 10pm to midnight on the eve of Chinese New Year. 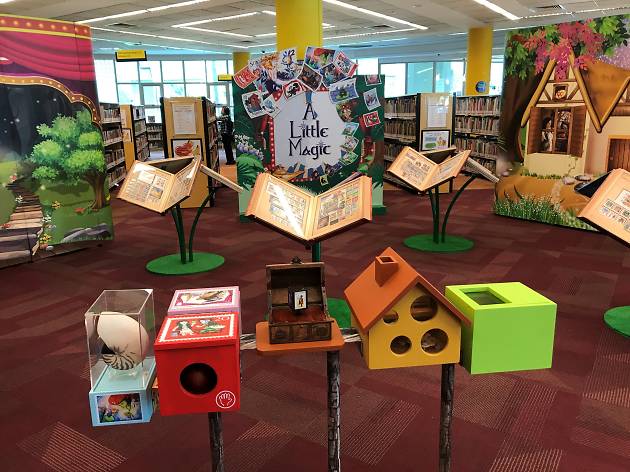 Let your imagination run wild with a little magic. Walk down Memory Lane and feast your eyes on the eye-catching stamp display that features every fairytale as told during your childhood. It's also a great opportunity for you to introduce these stories to the little ones. In case you missed it this month, head down to Central Public Library next month for the next exhibit. 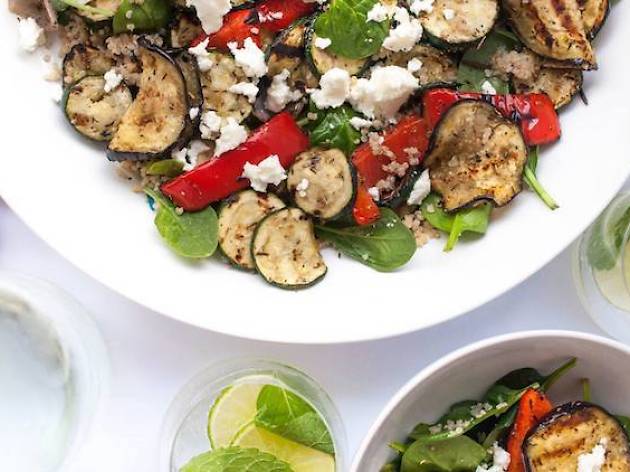 The café will have charity lunches at two of its outlets on January 29 (Loewen Rd) and January 30 (Rodyk St). Grab a ticket at $65 – all proceeds will go toward rebuilding Cobargo, the hometown of owner Terri-Anne that was unfortunately destroyed by the bushfire. 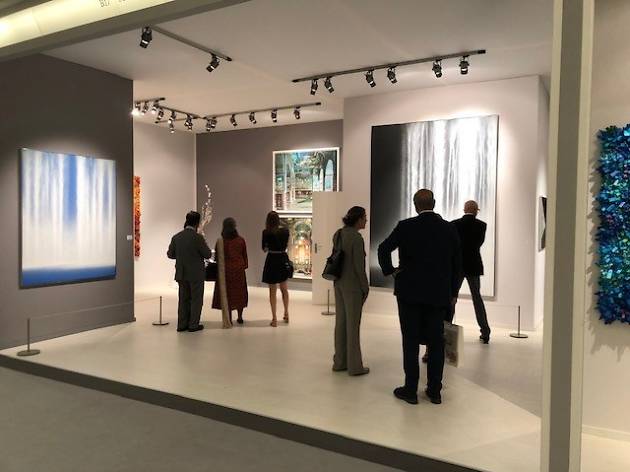 Singapore’s visual arts enclave Gillman Barracks opens the floor for Collisions: Information, Harmony and Conflict. Best known for his Aggregations – freestanding and wall-hung sculptural works made from thousands of triangular forms wrapped in antique mulberry paper tinted with teas or pigment – Chun Kwang Young showcases his solo exhibition on the heels of his recent one at the Brooklyn Museum in New York which ran for seven months. 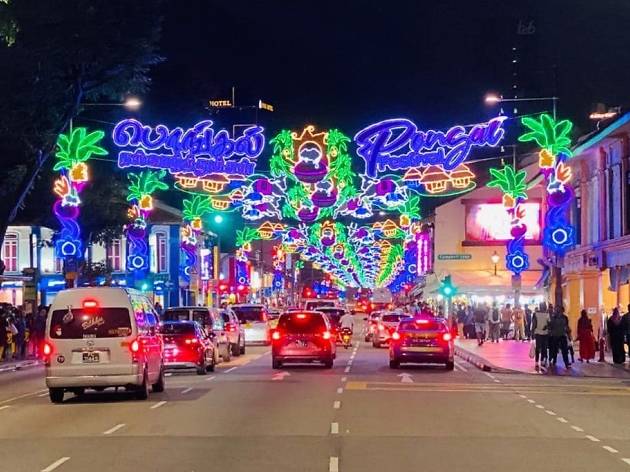 Pongal is the gift that keeps on giving. The South Indian harvest festival ushers in the new year with a four-day celebration where each day has a different ritual and significance. Make your way to Little India, where the vibrant neighbourhood is decked and illuminated with colorful motifs of Pongal pots, paddy fields and kolam. 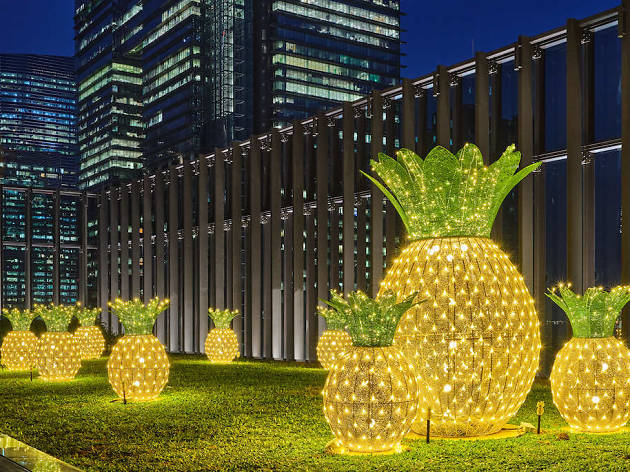 Huat's up? A tropical paradise atop the Singapore Chinese Cultural Centre, that's what. Start your Chinese New Year celebrations with something juicy for your eyes – and Instagram feed – at the cultural hub from now until February 8. We're talking supersized pineapples, bags of gold and mahjong tiles illuminating the roof garden – a stunning backdrop for all your festive pics. Complete your Huat Huat Land experience by getting up close to the illuminated murals of CNY celebrations beautifully designed by illustrator Lee Xin Li. Check out the interactive augmented reality (AR) red packet that brings familiar sights, sounds and even smells of those CNY practices you grew up with to life, from lion dances at the coffeeshop to the tantalising aroma of freshly peeled oranges. 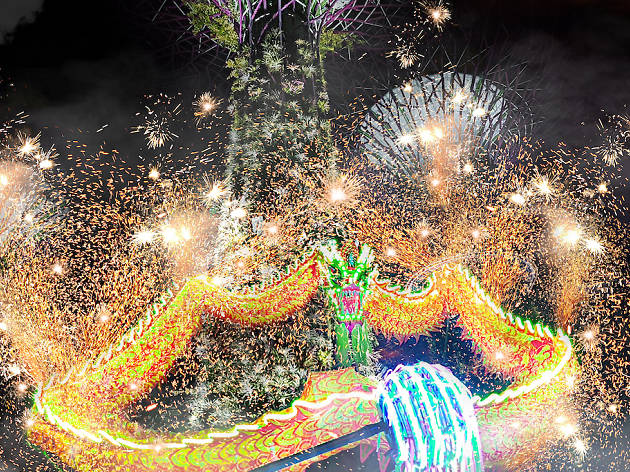 Welcome another year of prosperity with exciting festive performances and activities at Gardens by the Bay. Stop and smell the roses while you soak up the festivities including traditional lion dance displays, Chinese orchestra performances, and shadow puppet shows. The festive atmosphere is further coloured with a kaleidoscope of rat lanterns that are beautifully hand-painted by the beneficiaries of REACH Community Services.  Other highlights include The Story of Nian as told by Dick Lee through music, puppetry and drama, as well as the spark-tacular Golden Pyro Dragon Dance that's making its debut in the Lion City. A first, the dazzling performance features cold pyrotechnics to create firework-like sparkles, showering a 14-metre-long dragon that maneuvers under. Best believe it's going to be a treat for the senses. Check out gardensbythebay.com.sg for programme details. 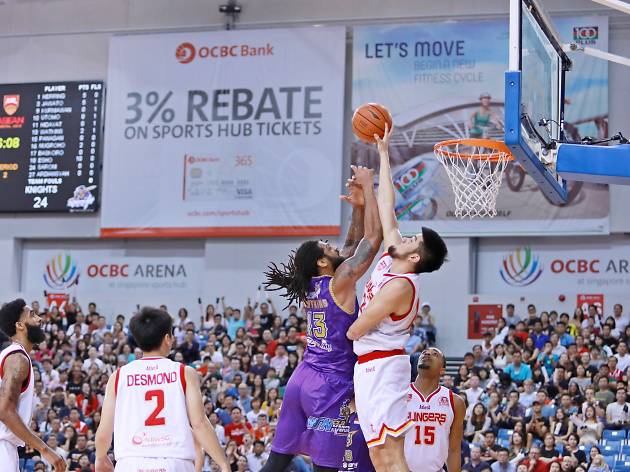 This season, catch the best of basketball action in Singapore. Witness Singapore’s very own Slingers take it to the hoop against other professional teams in the 2019-2020 ASEAN Basketball League. Expect action and athletic highlights as the Slingers go head-to-head against quality teams from the ASEAN Region & beyond. 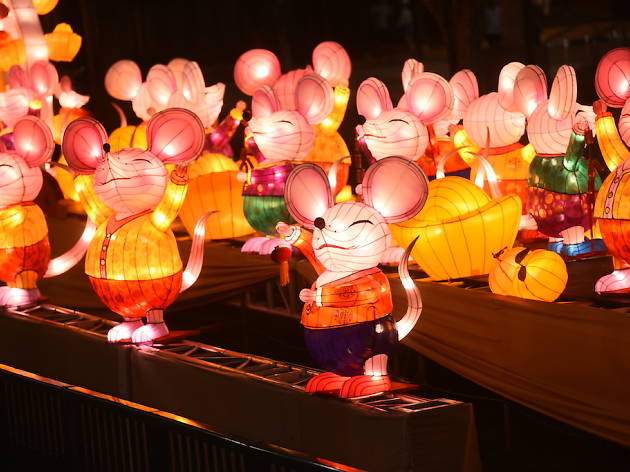 This Chinese New Year, it’s out with the pig and in with the rat. From now to February 22, Eu Tong Sen Street, New Bridge Road and the Garden Bridge are all dolled up with bright lights including handcrafted lanterns of the zodiac star and his zodiac pals. The main draw is a 12-metre centrepiece featuring the victorious Golden Rat leading seven other rats atop a bed of gold coins, pink peonies and a massive ingot. Beyond the attention-grabbing display, get auspicious trinkets and traditional delicacies at the Festive Street Bazaar, join in on song and dance performances and bask in all the celebrations at Chinatown. During this festive period, immerse yourself in all things Cantonese with a heritage and food trail where you can savour the flavour of Cantonese dishes such as claypot rice, lotus root soup and yusheng from five popular hawker stalls in Chinatown. Continue the cultural experience with traditional Cantonese opera performances at Kreta Ayer People’s Theatre where you can also catch the lion dance competition, a perennial crowd favourite. Then bag festive essentials including decorations and apparel at the Festive Street Bazaar that stretches across Pagoda Street, Smith Street, Sago Street, Temple Street and Trengganu Street. On January 24, join in the countdown party complete with live performances featuring a medley of festive songs and skits, as well as interactive games. Don't miss the rousing fireworks and dazzling display of fireworks – kickstarting the Luna