You’ve taken in the stunning skyline views at Taronga and said ‘G’day!’ to native critters at Wild Life Sydney Zoo, both conveniently within striking distance of the CBD. What possible reason could you have to trek 35km on the Great Western Highway to visit the animal park at Bungarribee?

Well, quite a few, as it turns out.

It’s true that fascinating fauna can be found in abundance on Sydney’s doorstep, but the state-of-the-art enclosures, carefully considered park design and sheer range of wildlife – including quite a few cute AF baby baboons, hyenas and meerkats – make Sydney Zoo not only a welcome addition to NSW’s animal attractions, but possibly even the new alpha of the pack.

One distinct advantage it has over its inner-city counterparts is the absence of awkward topography or urban limitations on its overall footprint, which has opened up opportunities for blue-sky thinking regarding its layout. Whisking visitors on a round-the-world journey, an intuitive circuit of paths leads you through the familiar outback of Australia via the waters of the world’s rivers, deltas and shallow seas, before heading on to explore the jungles of South East Asia, and finally, the great plains of Africa.

Within each geographical precinct, you’ll meet the most iconic animals of the region (plus a few exotic interlopers – South American capybaras and Himalayan red pandas don’t quite fit the regional logic, but we won’t hold that against them). The roster of wild residents is impressive, including lions, and tigers, and… well, no bears (oh my), but cheetahs, African painted dogs, Asian elephants, zebras, giraffes, hyenas, penguins, a 3-metre croc and even a shark.

While you may be able to find many of these fantastic beasts at other wildlife attractions, the innovative designs of Sydney Zoo create a visitor experience that would be hard to better. One of the most striking examples can be found in its African zone, which features a soaring, elevated boardwalk. This breezy walkway allows visitors to look down on the large enclosures, avoiding the annoying overcrowding common with the more typical glass-walled pens while also providing more generous views of the animals. Throughout the zoo, accessibility is central to its design ethos. Every corner of this 'zero-steps' attraction is built on a single level, meaning baby strollers and wheelchairs can reach all enclosures and visitor facilities with total ease of movement.

But if you were searching for some real points of difference, at the heart of the park are Sydney Zoo's two most distinctive assets. Firstly, there’s Primate Boulevard, a wide promenade flanked by elaborate habitats for chimpanzees, spider monkeys, orangutans and baboons, connecting the entry pavilion with the zoo’s spacious dining hall (where you can purchase a range of hot and cold drinks and snacks). Here, you can sit on a bench and watch the complex behaviours of these fully formed primate social groups in fascinating detail.

Next, there’s the largest reptile and nocturnal animal house in Australia, which houses 60 different species in carefully controlled conditions. Accessed via the Australian wildlife zone, here you’ll find a curious juxtaposition of the ridiculously cute (potteroos, wombats, possums and bilbies) and the downright deadly, including the world’s most venomous snake, the inland taipan.

Front of house is a slick operation, with friendly, well-informed staff on hand and visitor facilities that are maintained to immaculate levels of cleanliness. But behind the scenes, Sydney Zoo is setting equally sky-high standards with its approach to sustainability, conservation and Indigenous engagement.

It all comes down to the three Cs: choose, change and contribute – the mantra that guides the approach to every level of Sydney Zoo's operation. For example, it's aiming to change the status quo by eventually becoming the world’s first totally energy-independent zoo, thanks to the ongoing deployment of a sophisticated solar power network. It's contributing to drought relief efforts by irrigating its various moats and garden areas using stormwater run-off, decreasing its reliance on public water sources. It also has ambitions of eventually becoming a zero-waste attraction, by choosing to compost all animal and food waste, while ensuring other zoo-created refuse is made of recyclable or biodegradable materials.

The zoo’s conservation and curation teams also work closely with the local First Nations community, the Darug people, to ensure Aboriginal history and ancient cultural knowledge about wildlife and the land are an integral part of the zoo's philosophy. Visitors can explore this rich Indigenous heritage via the Bungarribee Dreaming experience, led by Aboriginal tour guides within the Australian wildlife precinct, which shares the ancient lore about where Australia's critters came from and their significance within First Nations life. 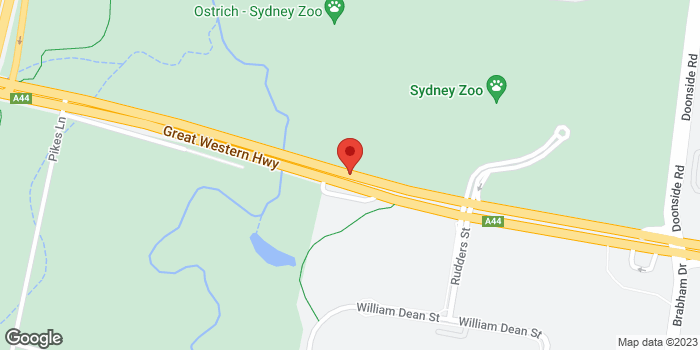