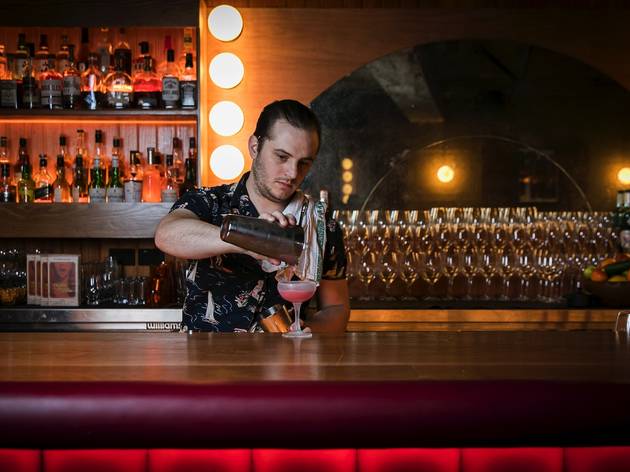 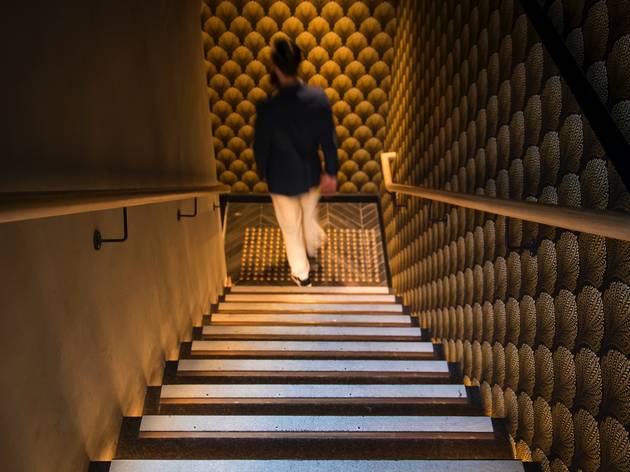 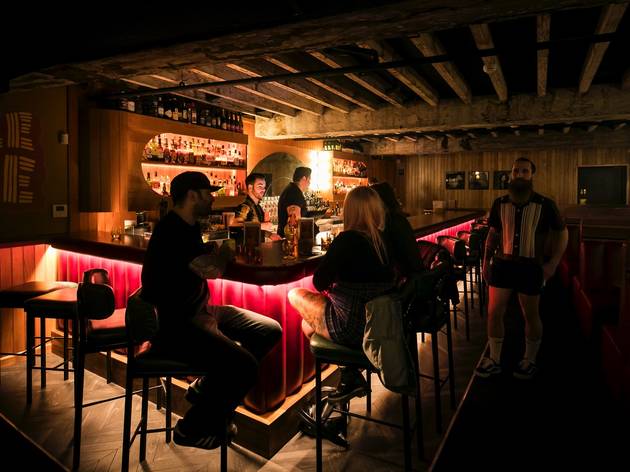 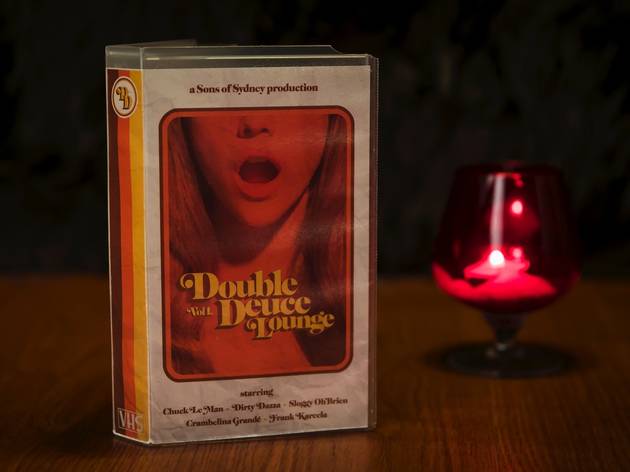 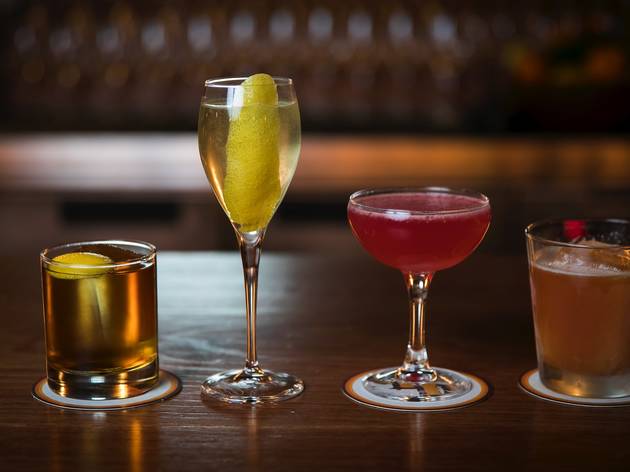 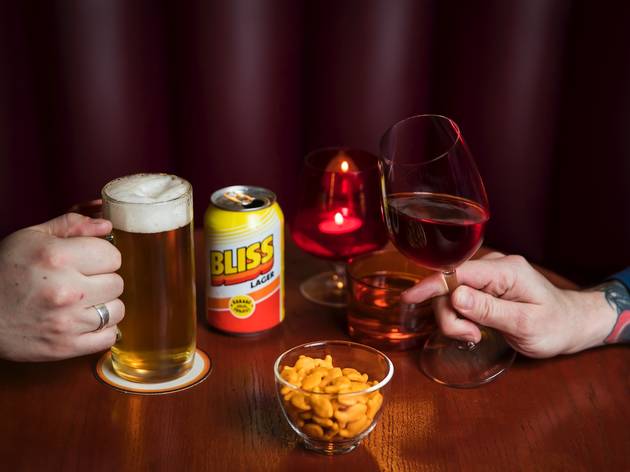 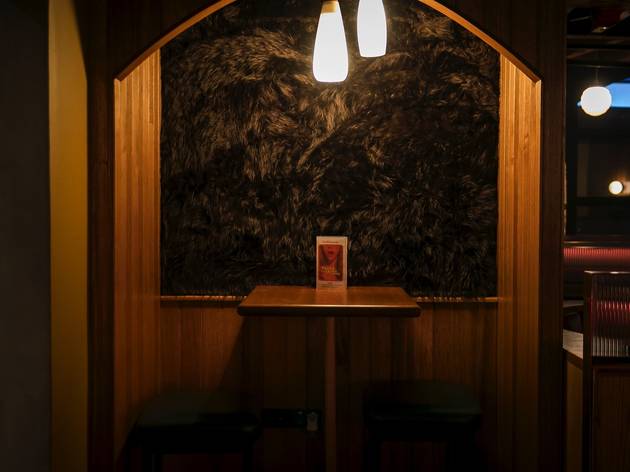 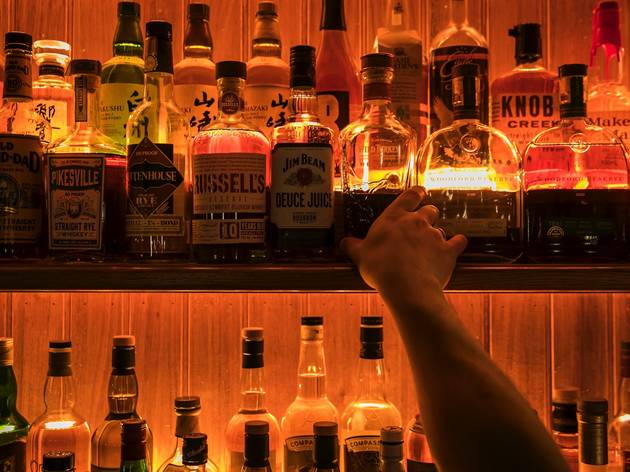 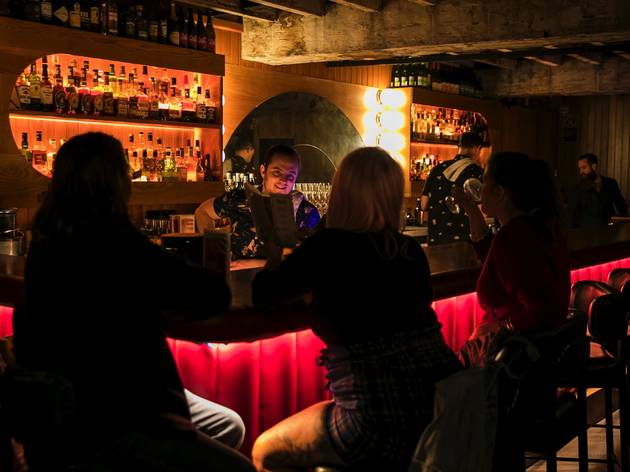 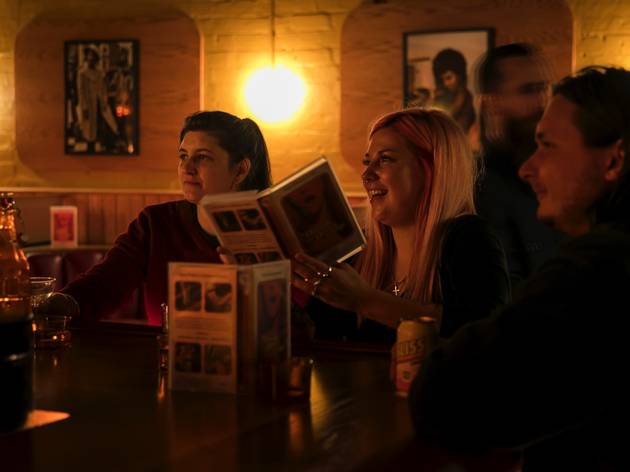 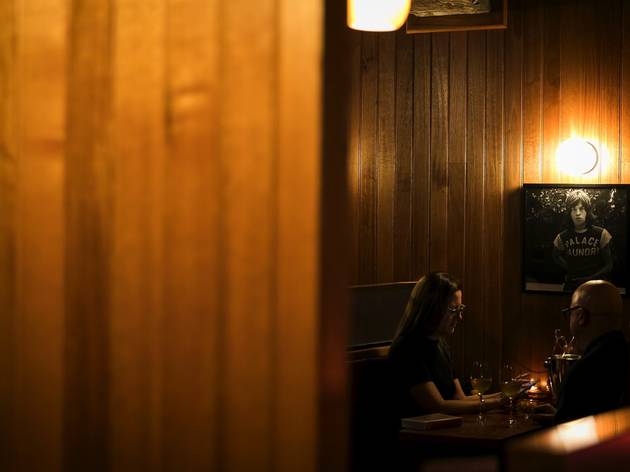 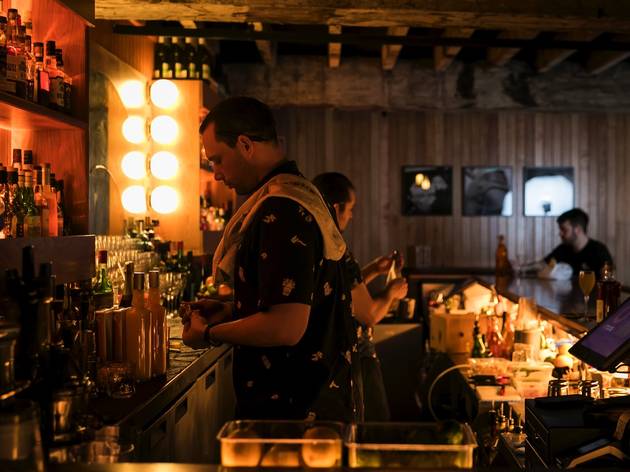 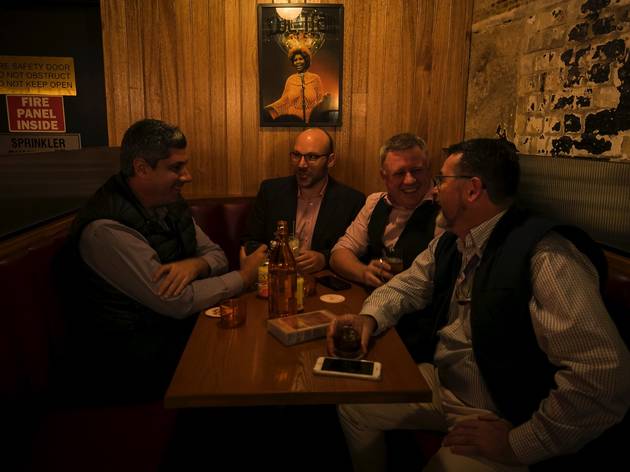 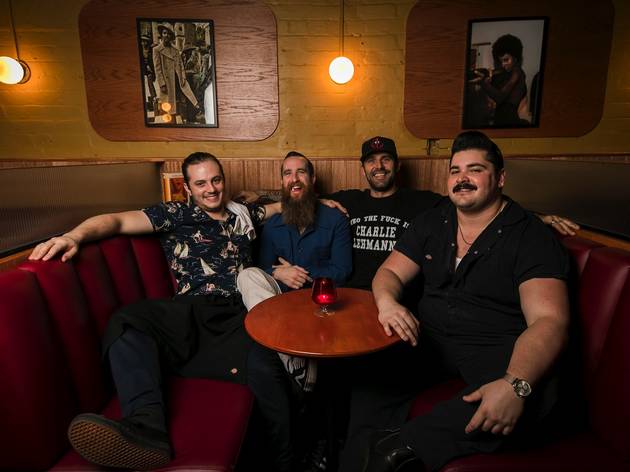 Things are thoroughly cheeky at their second venture, down in a booze-stocked, retro-panelled bunker straight from Boogie Nights, with a soundtrack to match. The crew, too, look every bit the part – rocking bowling shirts, booty shorts, tennis socks and slick quiffs, all too eager to hand you a VHS case with a risqué cover that turns out to be the drinks menu. Elsewhere you might find yourself flipping through pages of punny names, garish descriptions and outlandish illustrations before landing on something you’d consider knocking back, but not here.

There are just ten cocktails on the tariff, all $20, and much like the vibe, they’re designed with no-nonsense good times in mind. Lean into the theme with a thoughtfully updated Cosmopolitan, punched up with pomegranate, apricot and rosella for extra pucker. Or perhaps kick things off with a BabyCham, a fizzy number modelled after the daggy sparkling perry of the same name, bolstered by Calvados and Manzanilla sherry. A couple into the wind and you, too, will be shimmying and spelling out ‘respect’ letter by letter in tune with Aretha.

Fun is the key ingredient, without a doubt, but that doesn’t mean they’ve lost sight of the fundamentals that make a good bar great: a sprightly greeting, comfy booths, even comfier stools (with cushioned backs!) and sharp-witted service that’s equally watchful. It’s an A-team-only affair, regardless of whether it’s a quiet Monday after-work knockoff or a slammer of a Saturday night, and your request for anything off the list will be met with nothing but vim and vigour.

Striking the balance between a serious cocktail bar and a bar serving serious cocktails that doesn’t take itself too seriously is no mean feat, but that’s Double Deuce Lounge in a nutshell. And that’s exactly why it’s taking home the gong for Best Cocktail Bar in 2020.