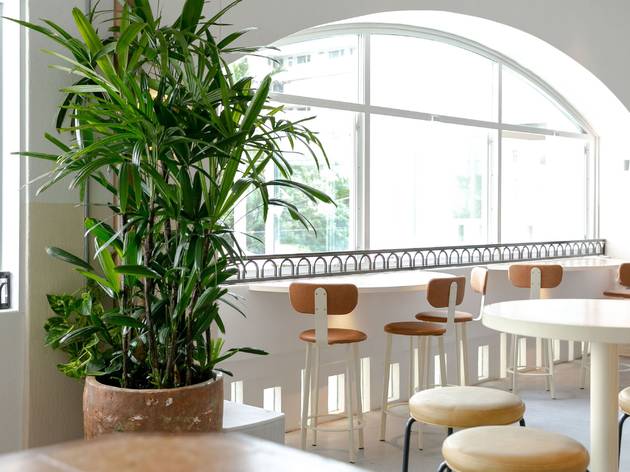 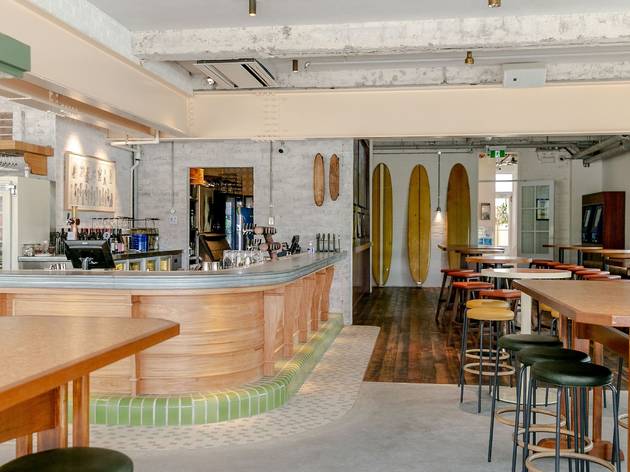 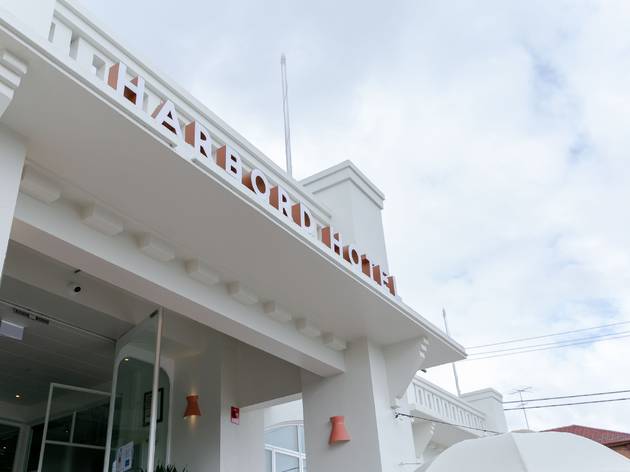 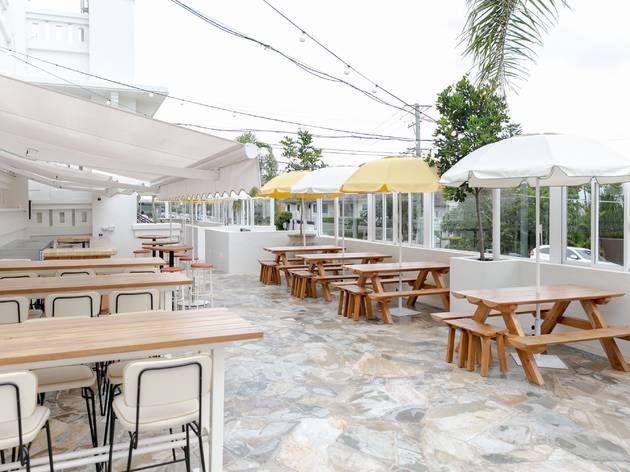 Freshwater Beach insitution, the historic Harbord Hotel, is officially back.

When it was known as the Harbord Beach Hotel, it was a casual, no-frills outfit set up to serve lazy beers by the surf and a stomping ground for Manly Sea Eagles fans. In late 2020, it got a dramatic glow up, emerging as a gleaming, white-washed venue made as much for fancy long lunches as it is for sinking a low-key lager by prime sea frontage.

Designed in collaboration with interiors studio Alexander and Co, the hotel's beachy, vintage style draws on the long-standing surfing history of Freshwater and its claim as the birthplace of the sport in Australia. A mural by local Northern Beaches artist Ash Holmes takes pride of place at the front, with nearby racks for the beach-tanned set to throw their boards on and settle in for a snack on the terrace.

Inside is an expansive main bar (you can still get your fill of sports coverage, don't worry), bright, indoor dining spaces and a sun-filled terrace. Food is headed up by chef and Freshwater local Adam Rust (ex-12 Micron), and aims to capture the quintessential easy, breezy surf culture of America while anchoring it to Austaralian pub fare. It's the kind of place you can imagine lingering over a long lunch which turns seamlessly into a wine at sundown, until somehow, you're still there for dinner, and you haven't noticed the light has faded around you and the gulls have left for nightfall.

The restaurant, Balsa (yep, it's named for the light wood that lets you cut through waves with ease) offers a finer take coastal cuisine with an emphasis on sustainable produce and the classic, seaside flavours of salt, wood and smoke. Drinks play on the same theme, with Margaritas with chilli salt smoked in the wood-fire, coastal and volcanic wines, and Australian beer (as well as a selection of non-alcoholic drops). Balsa will be up and running later in the year – we'll keep you posted when.

The Harbord Hotel is open daily from 7am-late.