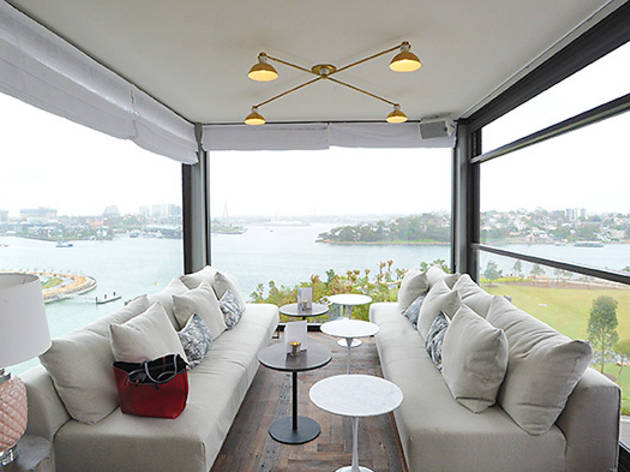 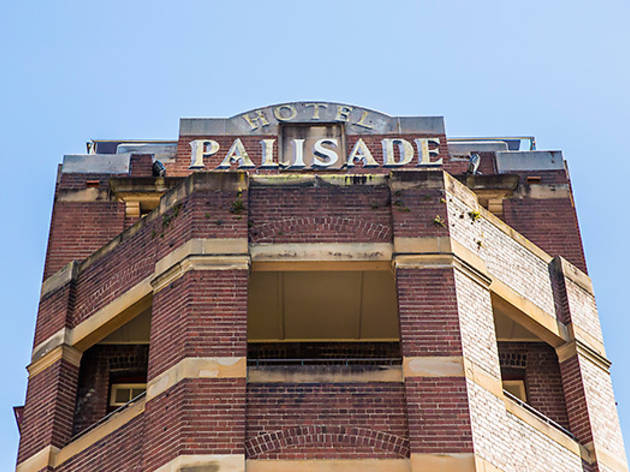 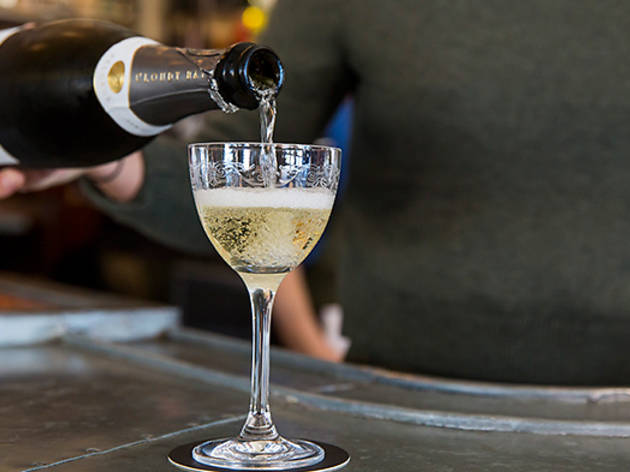 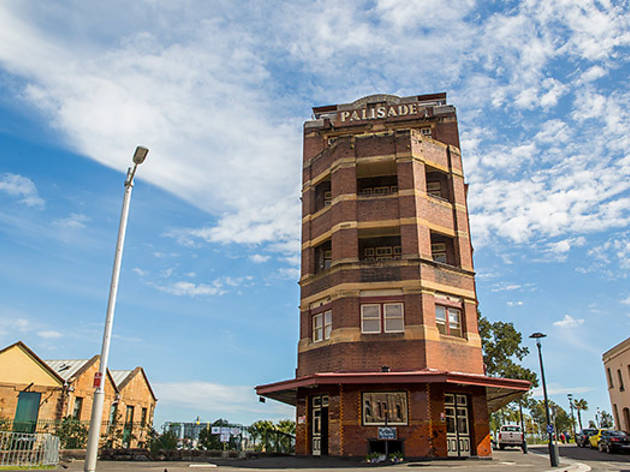 Got visitors in town? Give them an bar stool tour of the city at this slick top-floor bar

There’s no denying we live in a really ridiculously good looking city. Sydney possesses a truly indulgent amount of waterfrontage, plus iconic architecture, world-class green spaces and carefully preserved industrial landmarks as a reminder of times past – all this and we haven’t even left the harbour yet. And you can see it all from the two-tiered cocktail bar at the top of the Hotel Palisade.

You take the elevator up from the heart of the recently refurbed pub downstairs, but drinking at altitude is a popular pastime in this city so there might be a wait list. Although they’ve named the bar Henry Deane, after the engineer and architect who designed the hotel above the original Palisade pub up on Millers Point, there’s not a spirit level or drafting board in sight – it’s a high class joint. We’re talking swirly marble wallpaper in the foyer, gleaming copper cutlery, plush lounges in a particularly striking shade of salmon mousse, and the pièce de resistance; uninterrupted harbour views out over Darling Harbour, White Bay, Goat Island and Lavender Bay.

Of course there’s no rule that says you can’t enjoy a Heineken or a Little Creatures brew while you send yourself sun-blind by staring into the sunset from your wicker armchair, but a Coconut Daiquiri looks the part in these fancy digs. It tempers the citrusy punch of the lime juice with the nutty botanical flavour of pandan and the weighty, salty lick from the coconut. If you’re feeling festive those green tiki cups are saved for the Greg’s Grog, made with two kinds of rum, passionfruit, pineapple, lime, black pepper and bitters, or to really get into the season, order an All Spice Daisy that tastes like Christmas sangria.

A whole butterflied spitchcock for dinner will set you back 30 bucks, but for four-dollars a pop we like the tender, little scallops with a pool of melted butter in the shell that hit a high note when you squeeze a charred lime cheek over them. Rolling with vegos? They haven’t been left off the menu plan.

They’re still working out a streamlined system for managing the small, in-demand space upstairs – right now you leave you name with the host and they'll take you up when there's a spot – and service is still evolving – turns out we’re the first sherry order and there’s a moment of confusion about how it should be served -– but really you’re here for the view. It’s OK; everyone else is too. We’re going to need a whole lot more top-floor bars before Sydney’s appetite for lofty booze is sated, and so Henry Deane is getting a warm welcome from the crowds already keen to drink in the views, and some liquor, from the ninth floor of the Palisade Hotel.