Bars Millers Point
3 out of 5 stars 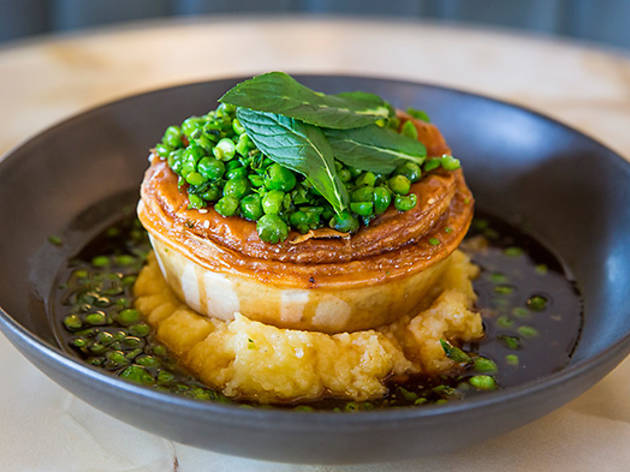 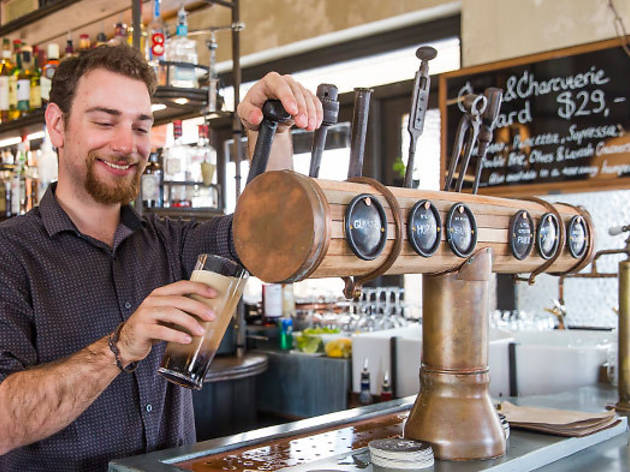 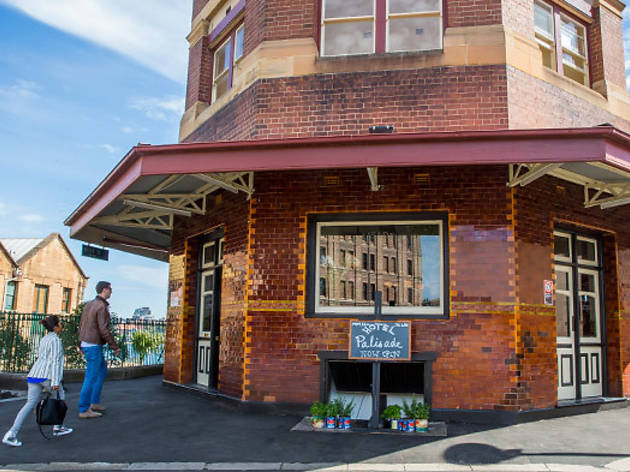 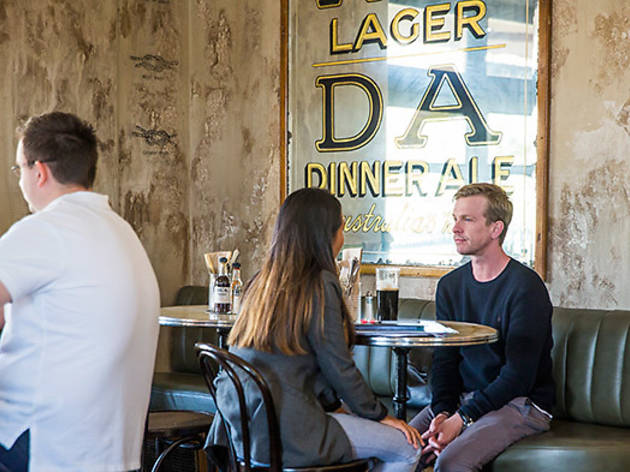 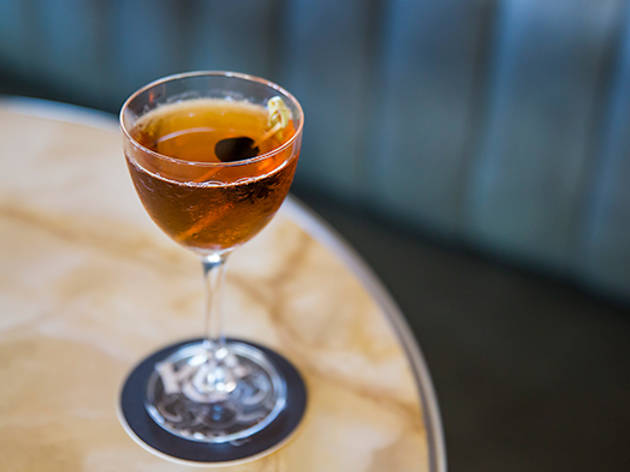 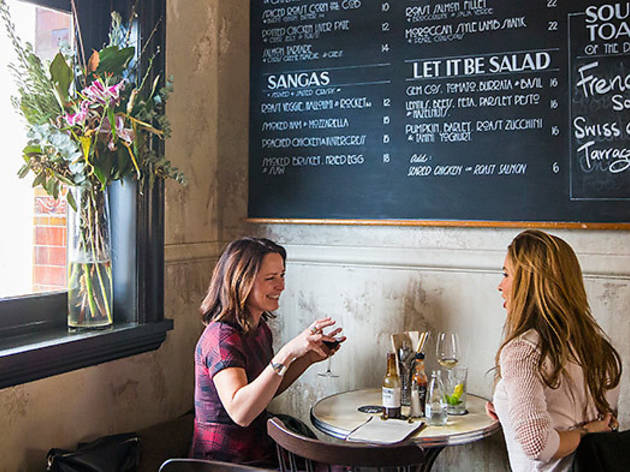 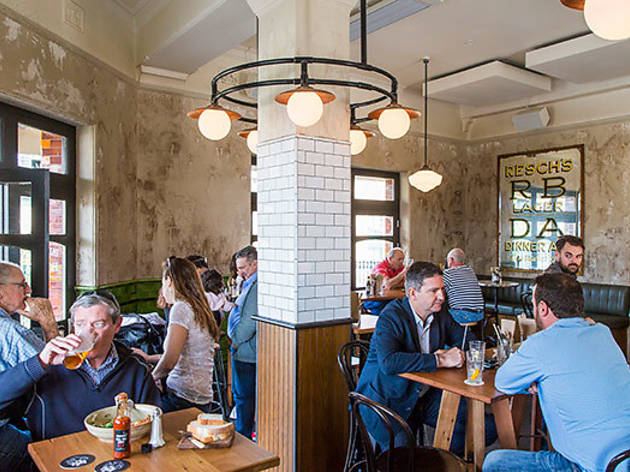 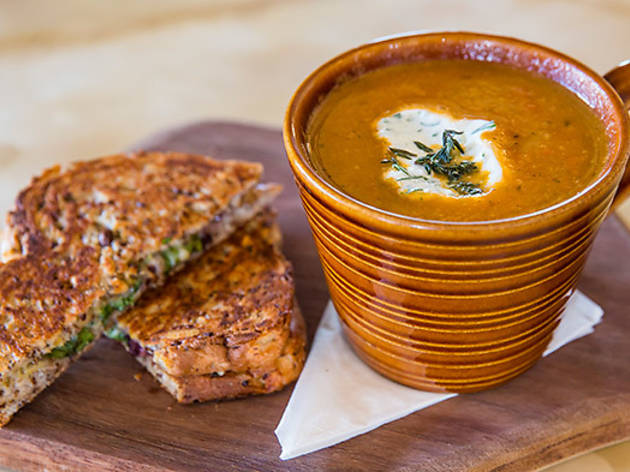 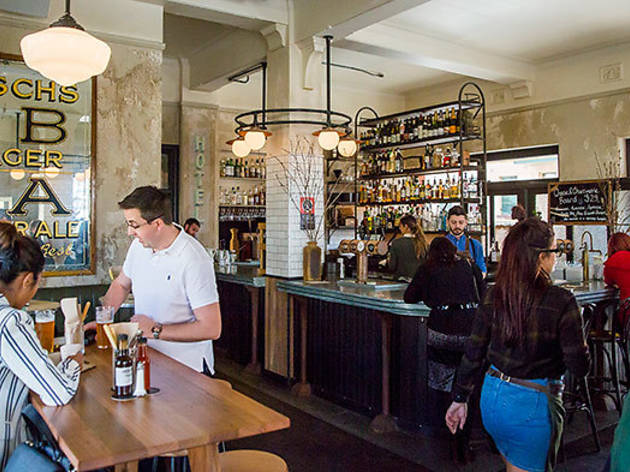 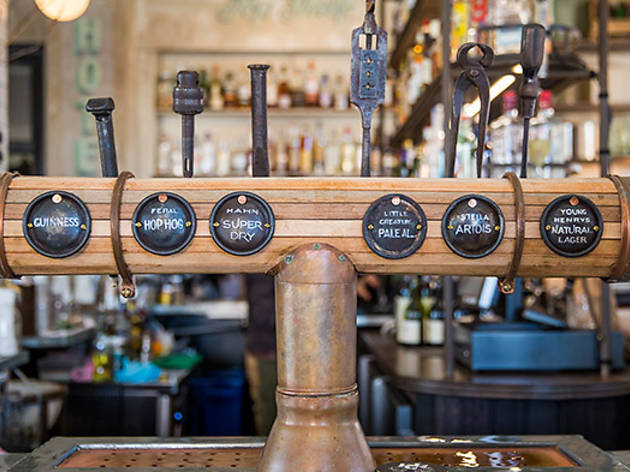 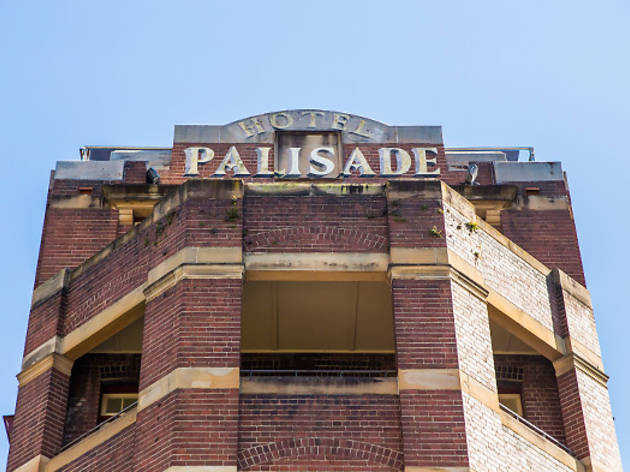 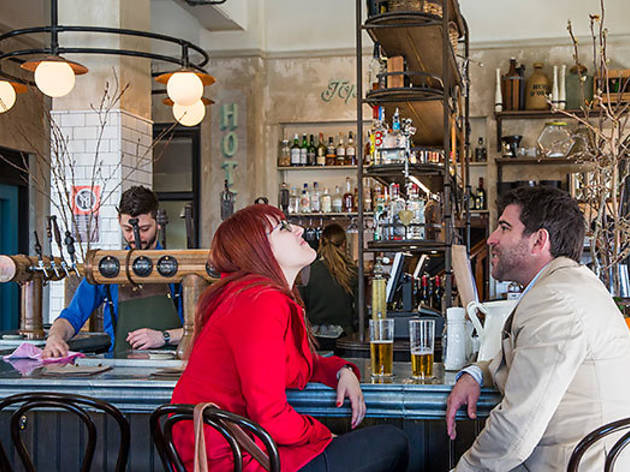 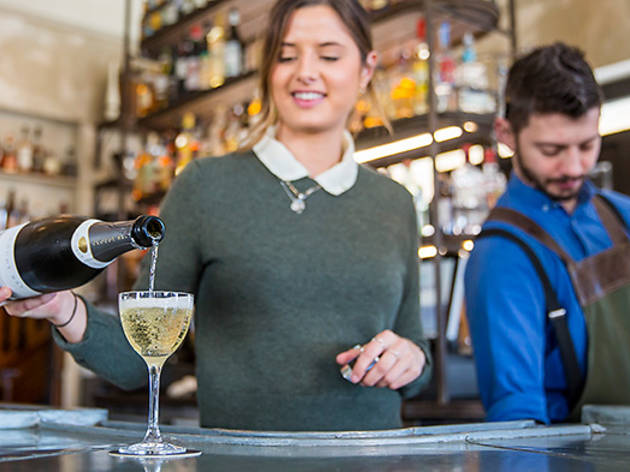 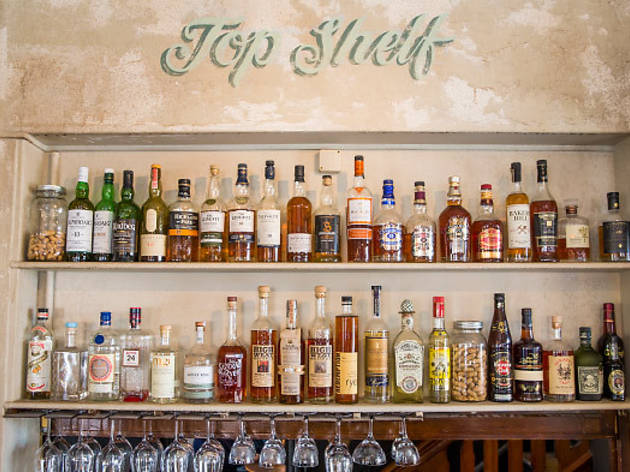 This historic hotel has stood like a sentinel on Millers Point for nearly a century, and although it spent time as a boarded up beauty, inspiring a million “if I bought that building…” dreams, now the cladding has come off. Underneath the old girl has been restored to her former glory, and now the northern city workers have another outpost for beers and pub pies that’s prettier than most. It’s also a convenient pit stop for anyone checking out Barangaroo Reserve.

There’s not a lot of space at the Hotel Palisade, but they’re making the most of what they have by cramming wobbly tables and wooden chairs into the parlour rooms behind the main bar. This is where you can seat a bigger group along the moss green banquettes and chat business by the brass lamplight. In the main bar it’s jam packed until about 8pm when the crush dissipates and you can get comfortable with a pint of well-poured Guinness, or perhaps a little Nick and Nora glass of Champagne. Little vintage touches like the crystal glassware add a sense of occasion to your session here, and in an unlikely turn of events, it’s the smokers who get the best seats in the house – the little side walkway has a handful of seats and some killer city views.

We’re the first to say that pub cocktails should be approached with caution, but they’re doing surprisingly good work here. A Bitter Chocolate Manhattan mixes Jim Beam rye whisky, bitter Italian vermouth, a snifter of Lagavulin for a smoky, salty bite, chocolate bitters and just a dash of smoked maple syrup for sweetness. It reads big and brash, but all the elements practise commendable restraint when combined.

If dark spirits are your preferred method of emptying your wallet and exciting your palate, give the list here proper consideration. A healthy collection of single malts is bolstered by a host of American labels we want to know better. The High West Prairie bourbon is not only heavy with vanilla and oak, it’s a good karma nip that sends funds to the largest wildlife reserve in the contiguous United States. Drink up for nature.

A mini toasted sandwich and a mug of soup sounds delightful but isn’t as satisfying as we hope, so next time we’ll spend the extra scratch on the chicken pie. Look, we’re not saying $22 for a pie isn’t a bit steep, but the tender chunks of meat and spring vegetables in a golden buttery casing makes for a seriously flavoursome hot pocket, and a generous serve of mash with a moat chock full of peas means you won’t leave hungry. They’re all out of the profiterole ice cream sandwich when we visit. We’ll save it for round two.

The Rocks and surrounds possesses some of the highest density pub action in Sydney (though Paddington is a strong contender) but there’s way more thirsty punters than bar stools at the northern tip of the inner city, so the Palisade has already received a warm welcome. They’ve got that vintage, nautical vibe that inspires tales of adventure over venture capitalisation, which is just the ticket when you’re trying to shake off the working week.