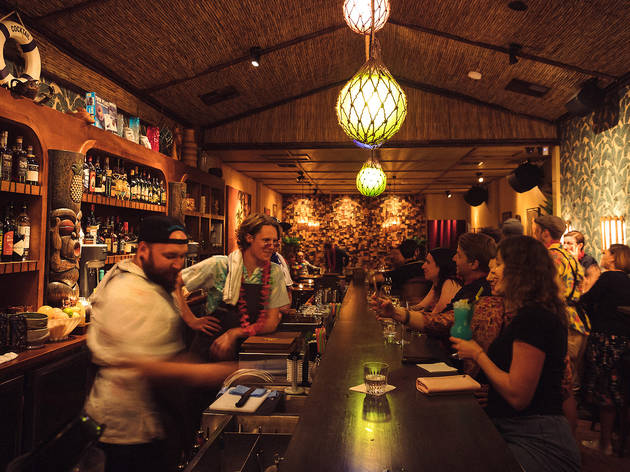 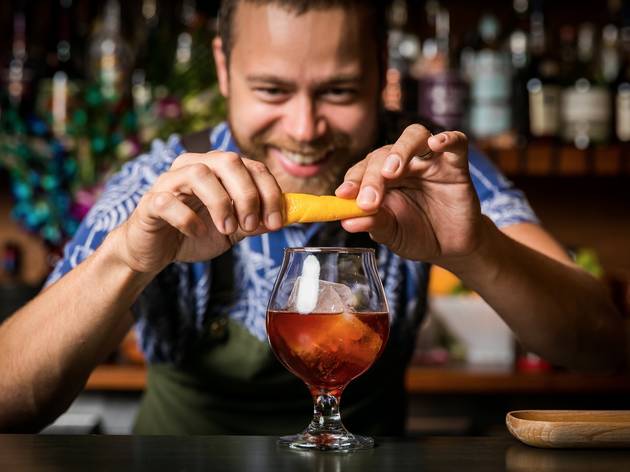 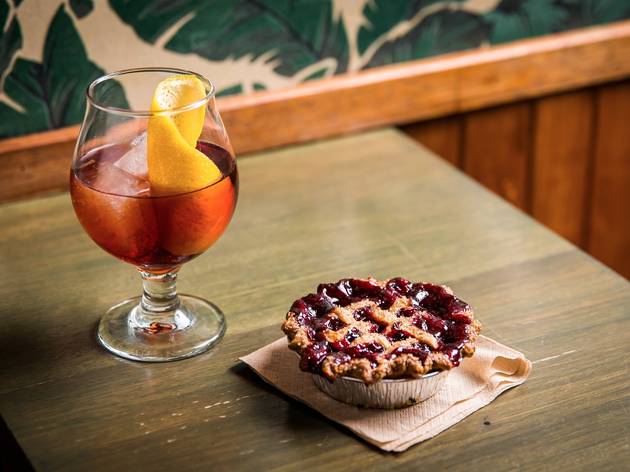 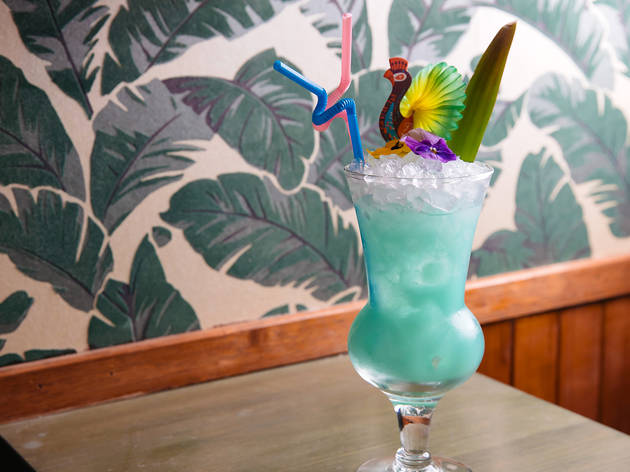 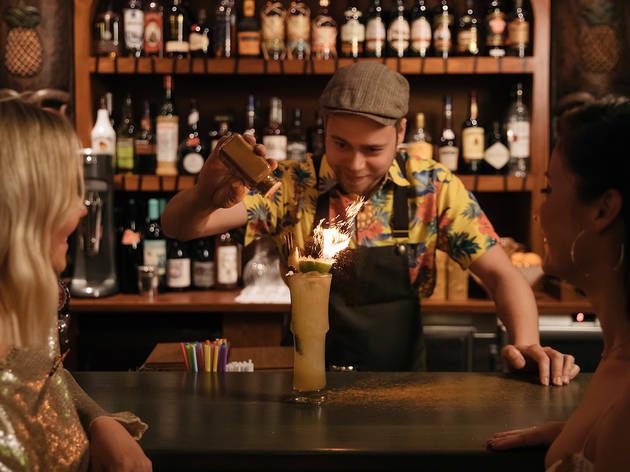 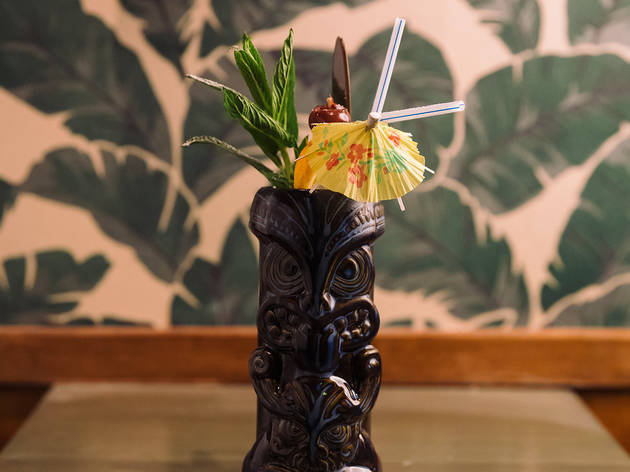 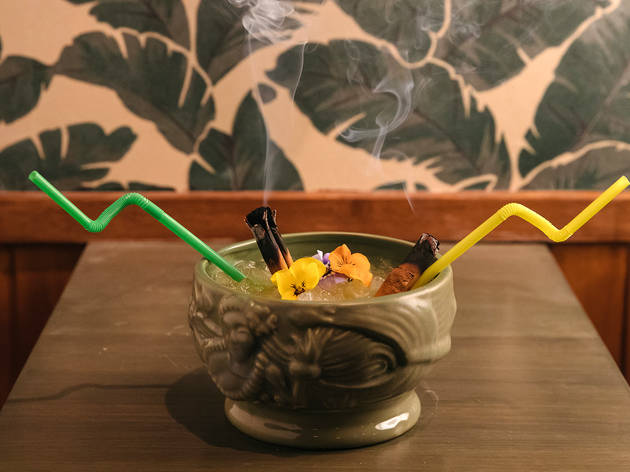 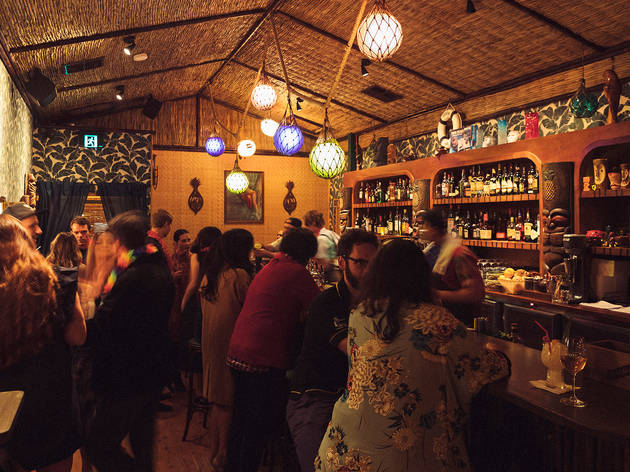 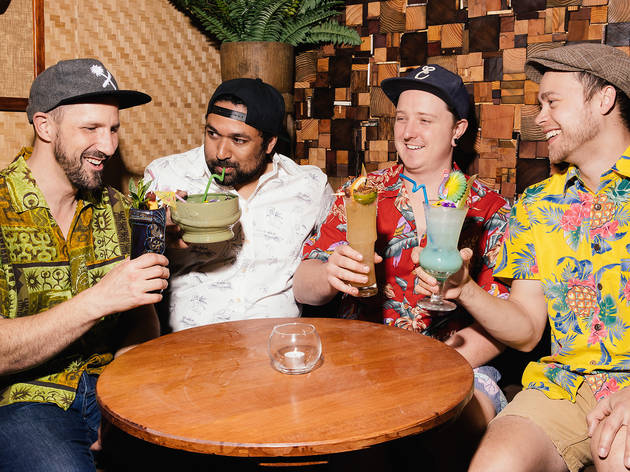 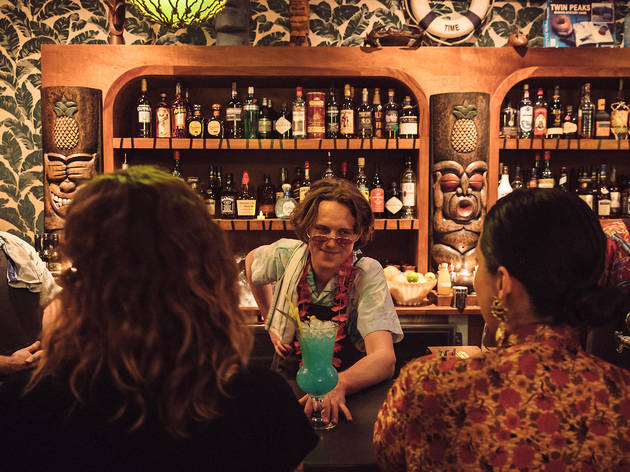 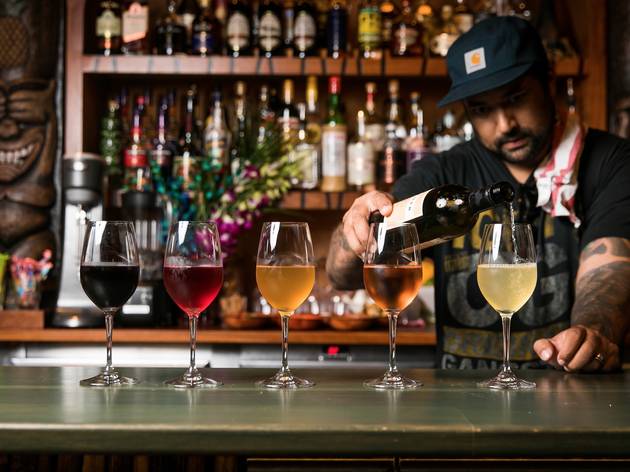 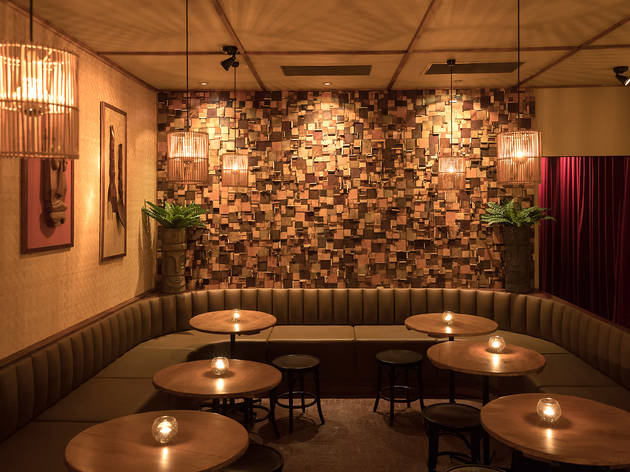 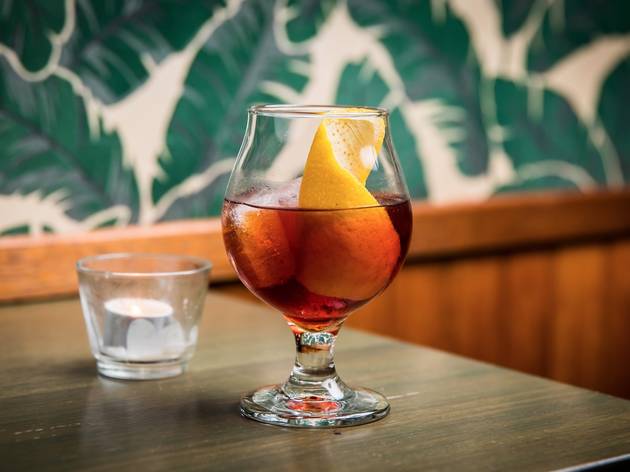 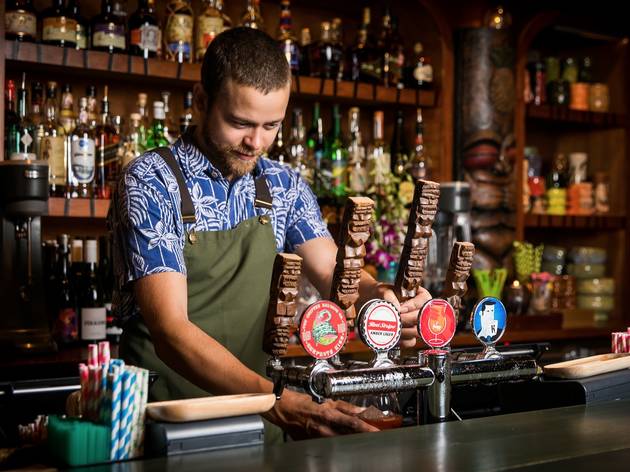 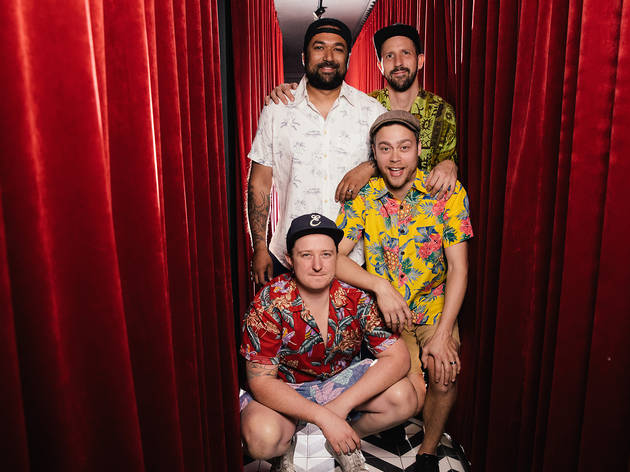 There used to be a time when everyone was happy drinking sugary shots with suggestive names and average beers. Then small bars hit and profoundly changed Sydney’s tastes. Now we scan wine lists for skin-contact whites and funky pet nats; seek out digestives so bitter you feel like you’ve been turned inside out; and confidently go three rounds with a barrel-aged cocktail. But, somewhere in among all the positive growth and taste development, we lost some of the fun.

And then, a swift antidote to every serious wine bar and tonic water menu was delivered in the form of Jacoby’s, an Inner West Tiki bar decked out in glowing fishing floats, dried puffer fish, and flocked banana palm wallpaper. They’re also sporting some of the city’s most ridiculous cocktails, and a whole lot of Twin Peaks references for die-hard fans.

We’re not kidding about those cocktails. If you order a Shark Bait, you better strap in for a big, white plastic shell full of crushed ice at sea in a mix of rums, Yellow Chartreuse, absinthe and bitters, with that age-old tropical medley of lime juice, falernum and grenadine in there so you can surf a sugar wave all night long. And did we mention that it’s on fire?

But here’s the rub: all the lychee foam, lurid blue liqueurs, flaming lime cheeks and impressive Tiki mugs are just tinsel. This bar is built on the back of a killer team. Pasan Wijesena brought Adrian Sanchez and James Fury with him over from Earl’s Juke Joint, and then recruited a new generation of bartenders to join the party fray. It’s a motley crew of people who are there to have a good time, a solid chat, and will remember your name while still shaking up a perfect Daiquiri. Of course, if you’re all limed out (it happens to even the most devoted Tiki enthusiast), ask them to stir down a riff on a Negroni that pairs rum and red vermouth and Campari that has been infused with cacao to smooth off the hard, bitter edges and plump up the mouthfeel.

It’s very easy to have a good time here, and even easier to leave them in possession of all your money, because with a smashable wine list that leans natural, juicy and exciting you won’t be able to stop at just one glass. And neither can anyone else, which is why the whole bar will end up singing along to George Michael’s ‘Faith’ or clearing space for someone to go all hair metal on ‘Killing in the Name of’. You might not have realised you were going to a party on your way in through the red velvet drapes, but once you’re inside this tropical cabana, you won’t want to leave.

Read the Untold story of Jacoby's.