Depending on what angle you squint at it from, the Paddington outpost of P&V Merchants puts on a convincing new persona each time. Is it a chic wine bar with a well-stocked bottle shop at the front? Is it a bottle shop with a light-filled courtyard out the back? Is it an addendum to the main event of Porcine, the wood-panelled, French-inspired bistro up top?

One thing it’s definitely not is Mickey’s, the hot-chocolate-slinging, teenage-date-hotspot the Oxford Street space used to house. Not that that has stopped people asking Mike Bennie, natural wine purveyor and co-owner of P&V (along with Lou Dowling), for items off Mickey's diner menu since the store opened in Paddington. “People still wander in here looking for chocolate milkshakes. Who knows, maybe we’ll start doing them with booze.”

Maybe. P&V –  which stands for ‘piss and vinegar’ – has always done things a little off-book, anyway. Its Newtown boutique was a key player in bringing the natural wine movement to the mainstream, stocking small-batch, minimal intervention wines from all around Australia and overseas. The Paddington store has stayed true to that goal, with shelves stocked with wines, craft beers and spirits of all sorts, as well as tinned fish, deli goods, spices and sauces. The Room of Requirement-style space was born out of wanting to blend all of the needs of P&V’s customers into one: why shouldn’t people be able to swing by, taste some wine, socialise over a glass or two, grab a snack and take a couple of bottles home, too?

P&V has always incorporated an element of education into its processes. Outside, in the fairy-light-strung courtyard, a blackboard is scrawled with wine and snack options. But there’s no wine list, only themes: you don’t choose labels or varietals here, just whether you feel like a ‘fun white’, a ‘fancy white’, a ‘complex orange’ or a ‘baller red’.

The wines in each category change daily. Once you order, a P&V staff member will explain the wine to you as they pour it out. “There’s every chance that you’ll pick the ‘fun white’ three times, and each time, you’ll get a different wine,” says Bennie. Given he has handpicked his team from some of the best joints in town – including places like Bar Brosé, Paddington's own 10 William Street and French bistro Hubert – you’re in good hands.

Speaking of names to prick an ear, Nick Hill of the Old Fitz is behind the snack menu here. Choose from a range of Euro-style sharing plates that focus on the tinned, pickled and preserved: bunker food. Anchovies come oily and made to lie across a hunk of crusty bread and a slather of butter. A vegan ploughman’s board finds its umami in fat olives, plump semi-dried tomatoes and a creamy cashew pâté that’s “basically crack”. There are oysters by the dozen, housemade terrines, and an eel pâté that could convert the reluctant.

In terms of wines, you’ll find a host of local and international drops, from bold red to lighter, fizzy types, as well as a range of spirits, non-alcoholic wines and craft beers. Beers also run in the non-alcoholic varieties, including Aboriginal-owned label Sobah, which infuses its brews with native ingredients like finger lime and pepper berries.

If you’re still peckish, head upstairs to Porcine, also run by Nicholas Hill, along with chef Henry Levy. Find hearty fare that feels like it should be eaten by a cosy Bourgogne fireside: scallop vol au vents; pork chops with sherry; and calf's shin, snail and garlic pie. It's open three nights a week, and for Sunday lunch. When it's not running as a restaurant, Bennie and Dowling run masterclasses in the space, teaching on natural wine, gastronomy and more.

It might be an eclectic sum of parts, but P&V shows all the signs of having fit into its neighbourhood with ease already.  “As soon as we opened [in Paddington] we had so many people stop in and tell us how happy they are that we’re here," says Bennie. "I just got tingles down my spine, and I knew it was the right call.” 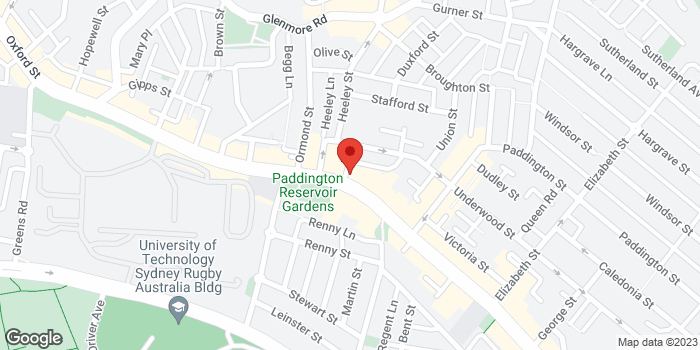