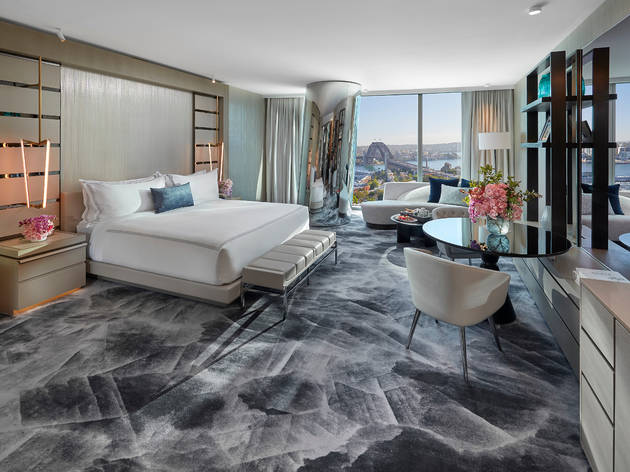 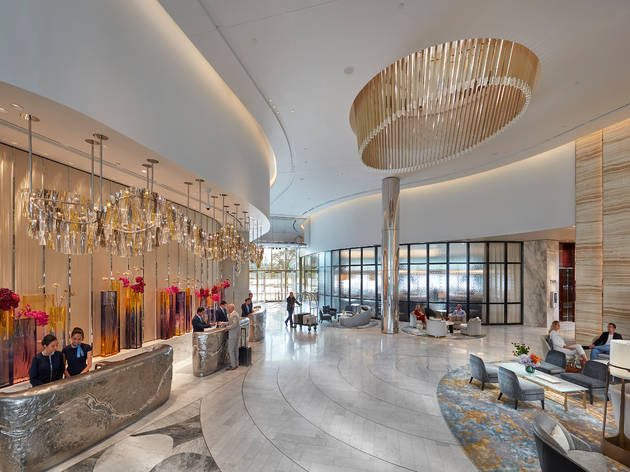 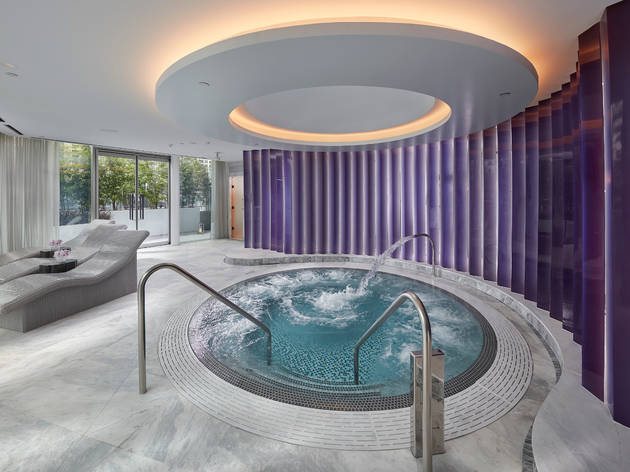 Having a strong emotional response to a toilet is a first for me. But as the high-tech, fully mechanised robot lavatory in my marble-clad bathroom automatically lifted its motorised lid – as if to say, ‘Well hello there’ with a big, friendly grin – I couldn’t help but let out a little chirp of joy.

Listen carefully and you’ll likely hear similar gasps of glee and sighs of delight during your stay at the almost excessively opulent Crown Towers Resort at Barangaroo. Every lavish inch of this 'six-star hotel' – Sydney’s first – is designed to wow. Not just to impress, not just to satisfy, but to leave your jaw well and truly on the floor.

As I gingerly place myself down on the seat (already pleasantly warmed to just above body temp) it strikes me that this encounter with a robot toilet might just be the aptest analogy there is for the Crown Towers experience. At first glance, this hotel dazzles with its grand gestures and unapologetic showboating, like installing a $6,000 loo in each of its 349 rooms. However, where it really sets itself apart is in its intimate details – moments of private indulgence (like discovering the aforementioned robot toilet has an automated, high-pressure bidet function) that make you feel like the most pampered person in the whole damn building.

Not unlike the gleaming exterior of the elegantly curved sapphire shard that now dominates Sydney’s skyline, bling is the watchword of the Crown Resort aesthetic. All that glitters may not be gold (although there’s still a lot of it), but it will otherwise likely be silver, chrome or crystal, like the six-storey chandelier atrium in the hotel lobby. Encrusted in no fewer than 396 sparklers, accented with a pulsing LED light show, it punches a hole straight through the building, offering guests on the first six floors a glimpse of the comings and goings below.

First impressions are dizzying, to put it mildly. As you enter Crown’s show-stopping reception, the decor is a riot of textures, materials and finishes, because why limit your choices when money is no object? Parque Arabescato floors; deep pile wool carpet; Chinese marble wall panelling; a decorative hand-blown glass frieze; high-sheen mirrored columns; plush loungers upholstered in velvet: it’s a wrestling match of interior design status symbols that could easily curdle into a tacky, overwhelmed mess. And yet, within the alternate universe of Crown, where too much is never enough, it all somehow feels perfectly reasonable.

The same is true once you enter your room, although the lobby’s gilded blaze of amber tones is replaced with a more serene palette of silvers and greys. The design cues largely riff on classics but with modernist flair – think white leather button tufted seats with chrome legs; an asymmetrical entertainment unit in a rich, dark wood; and a bevel-edged, mirror-accented beech minibar that would feel just as at home in a ‘60s Vegas penthouse as it would in Kubrick’s vision of 2001. There are certain aspects that loyally stick to the luxury accommodation playbook – the king-sized bed is dressed in crisp, white linens from Italian fashion house Frette, with a thread count in the thousands. And the floor-to-ceiling windows offer panoramic views of either Darling Harbour or Sydney Cove, including the Harbour Bridge and Opera House – a must-have accoutrement of any luxury hotel situated downtown in the Harbour City.

But underpinning this textbook glamour is an infusion of cutting-edge tech. Wherever possible, the Crown hoteliers have worked in clever conveniences that reveal a deep understanding of the capricious needs of their clientele. The bedside table comes kitted out with controls for the lights, curtains and blinds, which can be set to numerous different moods, there’s a tablet for contacting room service or the concierge services, and the entertainment system, which includes a TV you can watch from the comfort of your soaking tub, features multiple streaming services, terrestrial channels and a vast library of pay-per-view movies. There are USB charging ports strategically placed throughout the suite so that whether you’re stretched out in bed, relaxing on the couch or enjoying a bath, you can still reach the juice. And these are just the perks of the Executive Suite. Should you splash some serious cash on one of the Crown Resort’s exclusive villas on level 26, your room comes with its very own butler, so finding a plug for your charger will be someone else's problem.

The design and the majority of the construction of this hotel took place long before our globalised world became a lot smaller in 2020, and no doubt there must have been (and given the well-chronicled regulatory woes of the Crown Group, likely continues to be) some considerable anxiety about how such an extravagant venue could sustain a functional level of business with international borders sealed until further notice. However, as fate would have it, Crown’s urge to carve out an unparalleled niche in Sydney’s luxury accommodation market has given it a surprising edge on its rivals in these crazy days of staycation tourism.

Boasting 14 dining venues (nine of which are already online with the others due to open in the coming months) including the first Sydney outpost of Japanese fine-diner Nobu, a world-class spa complete infrared sauna and a 37-degree ‘vitality pool’, state-of-the-art fitness facilities including a waterfront yoga terrace, a luxurious lido with an infinity pool and private cabanas, and black-label retail outlets, it's best not to think of Crown as a hotel, but rather a luxury cruise ship, permanently docked in Barangaroo.

Other hotels have tried to pitch staycations as an opportunity to use a fancy hotel room as a home base for exploring the city, but convincing punters to part with their cash, when they have a perfectly good bedroom at home just a few suburbs away, has been a tough sell. At Crown, the pitch is very different. It's not just a handy city-centre bolthole, and you need never set foot outside of Crown Towers during your stay should you choose. Every desire, need, entertainment and whim can be catered to, all within the footprint of 1 Barangaroo Avenue. Why book here when you’re so close to home? Because there is absolutely no way that your house has anything like the level of balls-out luxury and convenience you’ll find here. Including, we’d be willing to wager, a robot toilet.