Music
Recommended
5 out of 5 stars 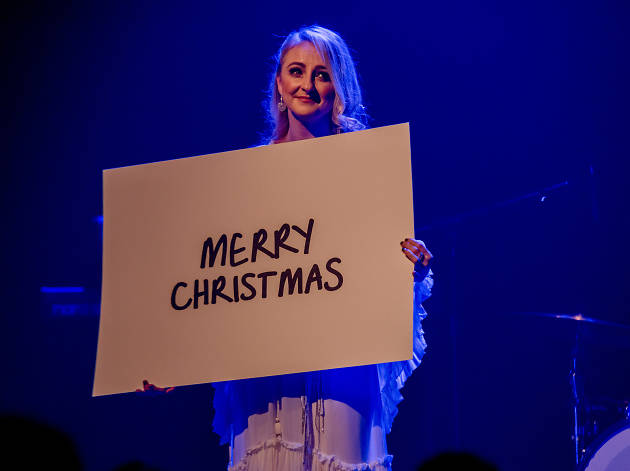 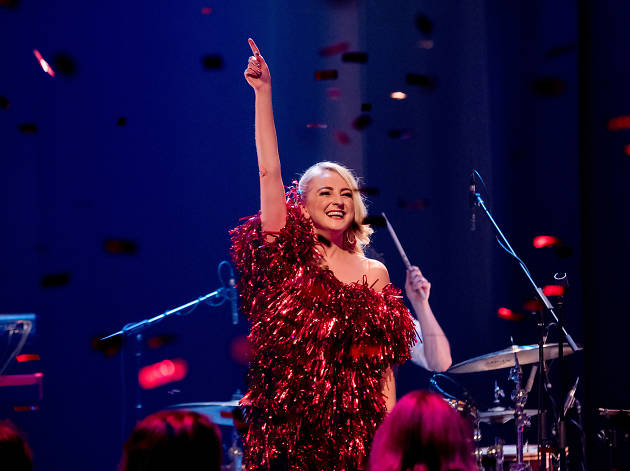 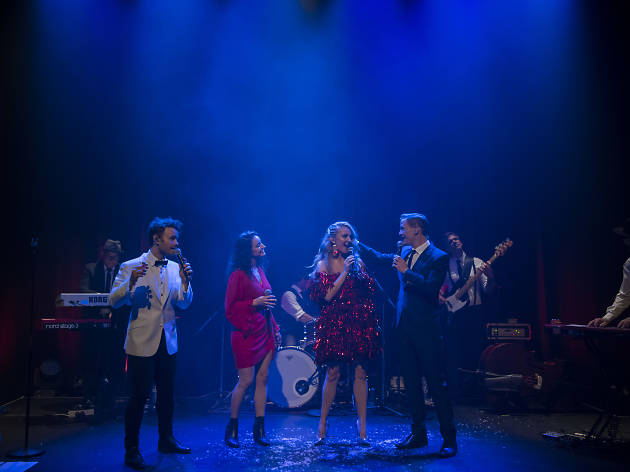 For many of us, the appeal of Love Actually is difficult to understand. Richard Curtis’s sprawling Christmassy collage from 2003 has plenty of charm – and a cast of rom-com heavyweights – but the fervent devotion it attracts remains a mystery to some. It’s fine, but not every one of Curtis’s ten interwoven tales really soars, and the film doesn’t offer much but warm, cosy feelings and a few polite chuckles.

Maybe that’s all you really want when the year is drawing to a close and you need to decompress. And that’s exactly what’s on offer in Christmas Actually, Brisbane songstress Naomi Price’s joyous cabaret celebrating the movie’s soundtrack. But unlike the songs and film that inspired it, there are no weak spots in Price’s show, which flies by in a flurry of fabulous pop, Christmas cheer and decent gags – both for the Love Actually aficionados who’ve memorised Hugh Grant’s prime ministerial choreography and those who’ve somehow managed to avoid Curtis’s film.

Price has charisma to burn – as do her three guest vocalists, Stefanie Caccomo, Luke Kennedy and Tom Olver, who all get a moment in the spotlight – but it’s the music that’s the driving force of this show. The film’s soundtrack is packed with unforgettable pop songs, from classics by the Beach Boys and the Beatles to Joni Mitchell, Kelly Clarkson, the Pointer Sisters and one particularly memorable Mariah Carey Christmas classic. Every song on the setlist is gold, despite Price’s assertion that the Sugababes’ ‘Too Lost in You’ is filler and the perfect time to re-fill your glasses (#Justice4Sugababes). There are even two short instrumental interludes from the score that will conjure up memories of broken hearts and our need for connection at Christmas.

The eclectic sounds are brought to the stage by a tight four-piece band, and the vocals are on point at every moment. Price is at home in just about any style (her CV stretches from major musicals to intimate cabarets and even a spot as a finalist on The Voice) and makes every song feel emotionally resonant. She can tug at the heartstrings with tracks like ‘Songbird’ and ‘Both Sides Now’ and lift the roof off the place with ‘The Trouble with Love Is’.

It’s difficult to find any flaws in the way this show is constructed and calibrated; it slides effortlessly from a generous and deeply moving sequence inspired by the film’s memorable “to me you are perfect” scene to a parody of Australia’s annual televised Christmas carols, starring everybody from Marina Prior to Anthony Callea and Human Nature (sort of). There are even a few pointed political jabs in there, but nothing too full on – the air outside the Opera House might be thick with smoke, but this is still Christmas, after all.

And more than anything, this is a show that will bring a lot of joy into people’s lives. Love Actually fans will absolutely eat it up (the whole season was almost sold out before the show even opened in Sydney), but even non-fans will find this show hard to resist.