The cooler climate brings with it a wave of international bands and acts that are heading our way thanks to Byron’s Splendour in the Grass festival. It’s also the best time of the year to catch one-off parties and big names at Sydney Opera House and Carriageworks as part of Vivid’s music line-up. Don’t let the temperature drop stop you from catching this season’s best live music. Here are our picks of the best gigs to see in Sydney from June till August.

RECOMMENDED: The best gigs in Sydney this week.

What's coming up this week? 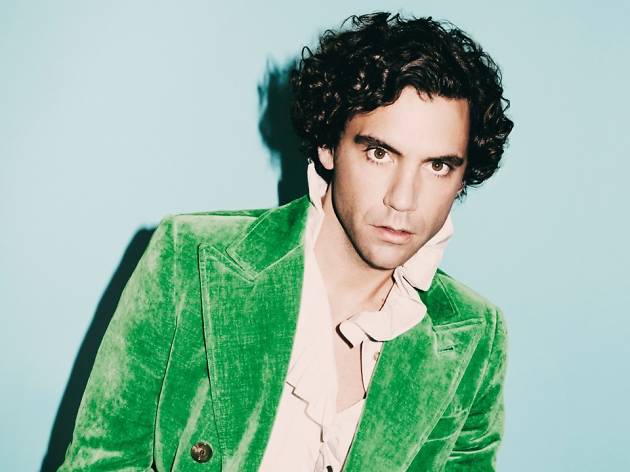 Do you want to be like Grace Kelly? Do you want to relive the noughties with fabulous falsettos and danceable pop tracks? Then grab your lollipops and head to Mika’s Enmore Theatre gig on February 26. The Beirut-born English pop artist will be sharing his new album, My Name is Michael Holbrook (which is indeed his name), and (we hope) a few golden oldies. We know you've boogied to the crescendo-filled ‘Grace Kelly’, the very boppy ‘Lollipop’, and his 2003 Ariana Grande collab, ‘Popular Song’.  The fresh studio album is Mika’s fifth collection, and is slightly more sombre than previous records, with wistful yet still grooveable hits like ‘Tomorrow’ and the heartfelt ‘Tiny Love’. But there’s still plenty of cheeky fun in tracks like ‘Ice Cream’, which is getting us very excited for summer, and the shimmering, just-the-right-amount-of-sexy love song, ‘Sanremo’.  Nab tickets from December 17 and get dancing. 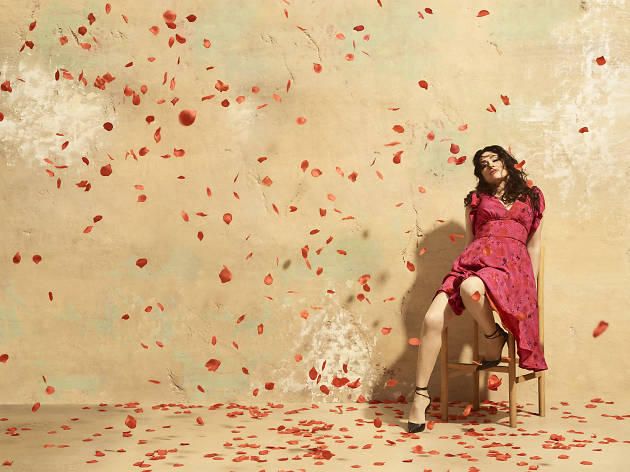 Italian mezzo-soprano Veronica Simeoni is making her Opera Australia debut in this fast-paced and brightly colourful production. Director John Bell, Australia's godfather of Shakespeare, created this production two years ago, transporting the action from Spain to Cuba. It features eclectic choreography by Kelley Abbey that picks up on the rhythms of the score and even incorporates break-dancing. Simeoni will be crooning Bizet's enduring melodies opposite tenor Roberto Aronica, who plays Don Jose. Later in the season Sian Sharp and Carmen Topciu take over the title role. Read our review of the production's 2017 Melbourne season. 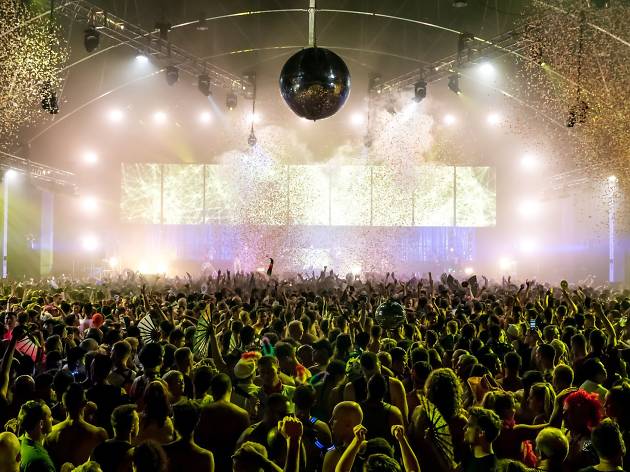 After the last glitter-covered punter has danced their way to the end of the Mardi Gras Parade route, the best place to keep that big loving energy going is at the official Mardi Gras Party. The huge celebration will take over Hordern Pavilion from 11pm, so slug some Gatorade and keep on dancing long after the festivities on Oxford Street have come to an end. This year’s party has bagged some major headliners with dance commander Kesha joining British pop sensation Dua Lipa.  The party don’t start til she walks in, and Kesha will have the crowd going off with her slew of hits that shaped the 2010s like ‘Tik Tok’, ‘Take it Off’ and ‘Blow’ along with her emotional 2017 comeback track ‘Praying’ and her anticipated upcoming album High Road, which is due out in January. Dua Lipa has got new rules and she’ll count ’em as she graces revellers with bangers like ‘New Rules’ and ‘Don’t Start Now’ fresh from smashing out some massive performances at international awards shows including our own 2019 ARIA Awards.  This year’s party promises to shake up old traditions while preserving what makes Mardi Gras so special, with Hordern Pavilion and surrounding venues being transformed into a massive adult fantasy land bustling with music, lights and performances from local and international DJs and artists until the wee hours of the following morning. This party always sells out – we hope you’re somewhere praying (that you’ll get a ticket). 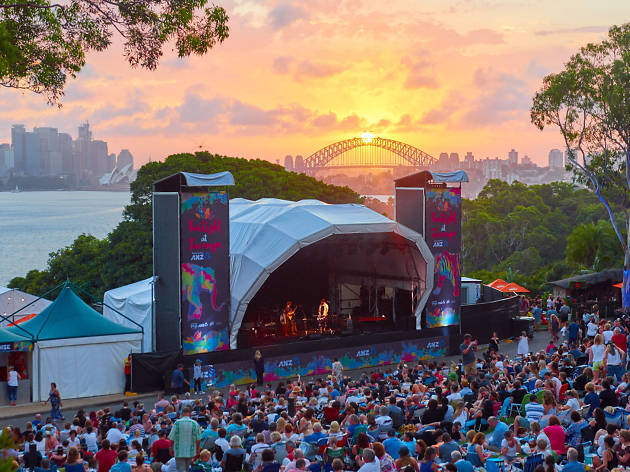 The Twilight at Taronga concert series has been bringing a little bit of summer sunset music festival sparkle to Sydney for 25 years. The annual gig experience ticks off a hefty amount of Sydney in summer ideals – harbour views at dusk, alfresco live music, and a zoo-fringed lawn to sprawl out on with shared treats and mates. Add in the ’90s-Aussie-rock-legends meets Triple-J-gold of the diverse line-ups, and you've got yourself a pretty bloody great way to spend a waterfront evening. This year, the growls, squeaks and hisses of the menagerie at the zoo will be complemented by acts returning to the Taronga stage and artists debuting on the sunny lawn. It all kicks off with a synthy-pop session by New Zealand duo Broods on January 31. Listening to the big feels of songs like ‘Peach’ and ‘Heartlines’ will be a joyful start to the series, before Aussie rockers Wolfmother make an appearance the following evening for a little ‘Joker and the Thief’ in the early evening. Other big acts we’re excited about include country warbler and ARIA Hall of Fame inductee Kasey Chambers, chart-topping soul, gospel and R‘n’B pioneer Mavis Staples, the rowdy uncle of Australian musical storytelling Paul Kelly, as well as another tribute set to Australia’s favourite Sweeds by Björn Again. Pop powerhouse Meg Mac will be the final musical act to take the stage, with her ever-growing setlist of hits like ‘Roll Up Your Sleeves’,  ‘Grandma’s Hands’ and ‘Something Tells Me’ blasting out on March 6. Bu 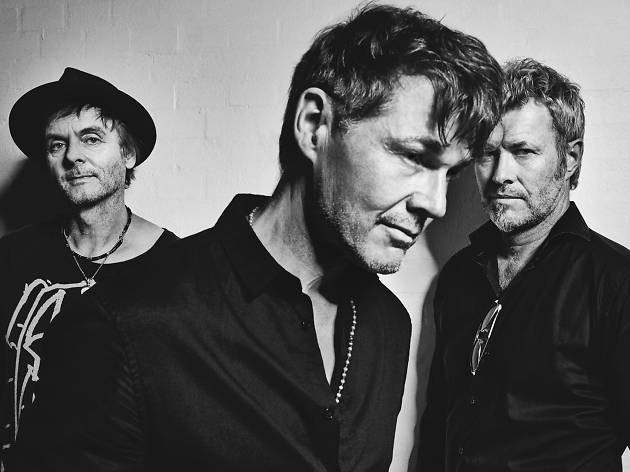 What were the 1980s without Norwegian heartthrobs A-ha? Apart from having one of the easiest to pun band names, the European synth-pop trio are responsible for one of the most ambitious vocal crescendos with the enduring hit ‘Take on Me’ (don’t pretend like you haven’t tried and failed to sing along). A-ha are returning to Australia for the first time in more than 30 years this summer. The band has one Sydney show locked into the calendar – they'll be taking the ICC to another shimmering, poptastic level on February 26, 2020 (happy hump day indeed). They’ll also be performing at winery festival A Day on the Green at Bimbadgen in the Hunter Valley on the 29th if you miss out on city tix. The band have announced they will be playing their popular breakthrough album Hunting High and Low in full on their Australian tour, alongside other favourite songs. For those whose A-ha discography is a little dusty, yes, that does mean you’ll be hearing ‘Take on Me’ and ‘The Sun Always Shines on T.V.’. Joining A-ha will be Rick Astley, who Gen X know as a hit-maker and Gen Y know as the inspiration behind one of the best internet pranks of the noughties. Astley had the last laugh, however, with the popularity of Rick-rolling introducing the musician to a new audience. And to wrap up the 1980s time warp, the A Day on the Green show will also include Pseudo Echo (as well as Sydney band I Know Leopard, whose band members were barely out of nappies during most of the ‘80s).  Visit the websit

Navigate your way through the loaded program 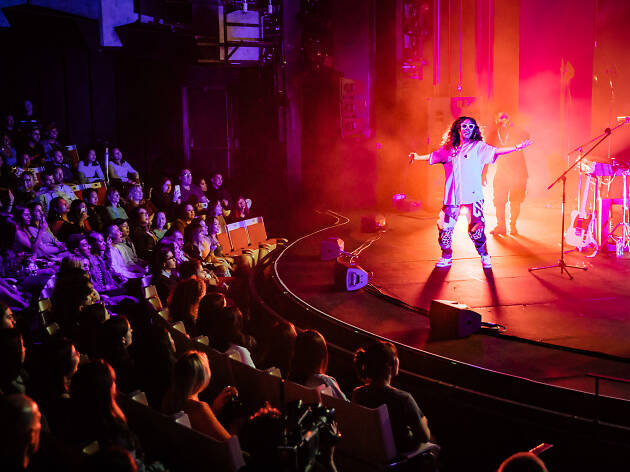 We've done the browse work for you and unearthed the acts you should put your coin behind.