A new wave of exceptional restaurants has come to 25 Martin Place, the revamped dining precinct that joins a slew of culinary quarters to hit Sydney. Riding this wave is Aalia, the latest venture from beloved and deservedly celebrated Nour. While Aalia's Surry Hills sister might focus on Lebanese cuisine (as diverse and eclectic as that is), what sets the stunningly plush Aalia apart is that it's a veritable field trip across the whole of the Middle East, including a jaunt across the coast of North Africa.

Aalia was two years in the making – co-founders Jorge Farah and Ibrahim Moubadder have bided their time and perfected their offerings, and are holding no punches. The floor-to-ceiling glass panes that snake along the building can be slid and tucked away, melting the line between the indoors and the heart of the CBD, while warm wooden curves along the bar replicate the otherworldly Harry Seidler architecture that surrounds the restaurant.

The menu is intentionally cryptic, merging familiar concepts with entirely alien execution, so even a quick Google under the table yields few clues, although attentive waitstaff are at the ready to explain, mercifully. Starting eagerly with the waraq simsim – a salted sesame leaf with aged and fermeted mounds of rice topped with ocean-fresh sea urchin – this is the dish to order. Roll it up like a dolma and enjoy the subtle pop of the leaf, rich with earthy sesame nuttiness and a super-fresh, saline finish courtesy of the urchin roe.

The ubiquitous Sydney staple of anchovy and bread appears, naturally – however this Aalia version is one gloriously chubby Angelachu fillet on air-light Turkish bread with a fruity vermillion Levantine dip of roasted capsicum and macadamia called muhammara. A considered triumph of balance.

The kitchen at Aalia plays dangerously close to the edge of reason, with obscure dishes pushing flavours as far as they can go. For instance, instead of hummus that you might expect at a Middle Eastern restaurant, we find masabacha – a rich tahini paste with roasted chickpeas folded through rather than pureed. Gently poached ochre mussels are added and the flavours risk crashing inelegantly before a shock of roasted urfa biber chilli swoops in to pull you back from oblivion. Equally balanced and intense is the Pharaoh's foie gras – which you'll be surprised to learn was a surprisingly common dish way back in Egypt's golden age thanks to migratory waterbirds – with rounds of pickled grapes and housemade flatbread. Holy moley.

Lamb seems the obvious choice, and it would be a fine one, but at the recommendation of waitstaff you may opt for the whole coal-roasted Murray cod. Visually, the fish is stunning. Scored skin, scales and all, are roasted until crisp and the white flesh comes away easily. The cooking is flawless and almost enough to disguise the natural muddiness of this river fish.

Halved, brined quails get a kiss of flame and coals, and are refreshed by a molasses of tart barberry and sharp verjuice. The detailed gold skewers arrive resting on a bed of brilliantly verdent molokhia, a spinach sauce reminiscent of a silken chermoula. It's almost too pretty to eat. Almost.

If you're past first date territory, the surprise hero of the evening is a burnt half cabbage smothered in heady toum butter. French techniques collide with bold use of Middle Eastern flavour (read: garlic, lots and lots of garlic) to make an incredibly rich vegetable dish that it's wise to share, even if you won't want to.

Dessert is an unmissable spelt tart of condensed milk custard and dried figs, not dissimilar to a Portuguese tart but so much richer and frankly, the supersized number is a brilliantly OTT finish.

Aalia's menu is extensive and complex, which is a refreshing departure from occasionally rigid fine diners of late, and the wine list is on the same playing field. A bible of drops from abroad and at home range from lesser-known Australian winemakers like the Supernatural 'Cellar Rat' from Tasmania right up to a 1996 vintage Grange. The globetrot of of a drinks list will take you on a Kontiki tour of drinking as well as a cocktail list that is tidy, and possibly a little naff. A selection of ultrasonic cocktails uses ultrasonic molecule binding technology to apparently elevate the flavours of your favourite classics. Tastes a lot like a Martini to us, but OK.

The sheer ambition alone is enough to make Aalia worthy of any diner's bucket list, with display cabinets of dry-aged duck, fish and lamb, intense use of regional flavours and necessary and educational service that a search engine cannot replace. 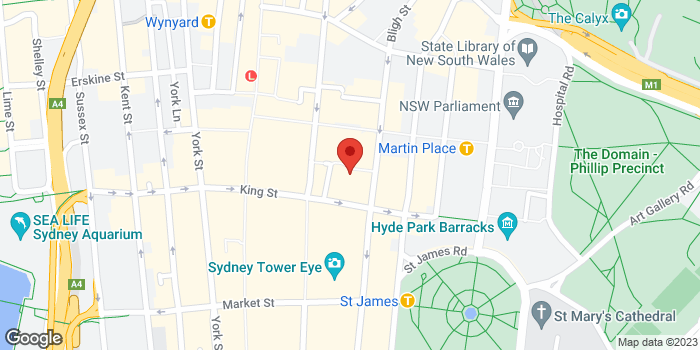