After the epic cine-theatre feat of Dorian Gray, Kip Williams takes on Jekyll and Hyde

Having astounded audiences and critics alike with his bold take on Oscar Wilde’s The Picture of Dorian Gray, Sydney Theatre Company’s artistic director Kip Williams and the creative team behind Dorian, including leading video technology and production company TDC, return to the realm of Victorian supernatural literature with his latest directorial offering, Strange Case of Doctor Jekyll and Mr Hyde.

Whereas Dorian Gray was a one-performer affair, with actor Eryn Jean Norvill playing 26 different characters and interacting with video recordings of herself in various guises in real time, Jekyll and Hyde splits two actors across three roles between them: Ewen Leslie, reuniting with Williams after their impressive recent staging of Shakespeare’s Julius Caesar, and Matthew Backer, who appeared in Williams’ Cloud Nine. Between them, the pair play the saintly Jekyll; the sinister Hyde; and Utterson, Jekyll’s friend and confidante, and the point of view character in Robert Louis Stevenson’s source novella (exactly who plays who is left for audiences to discover).

Williams will again employ the innovative cine-theatre live video techniques that have become synonymous with his work, and which made Dorian Gray into a nationally (and soon to be internationally) touring hit (next stop: Broadway). Many theatregoers are wondering, how is he going to top it? 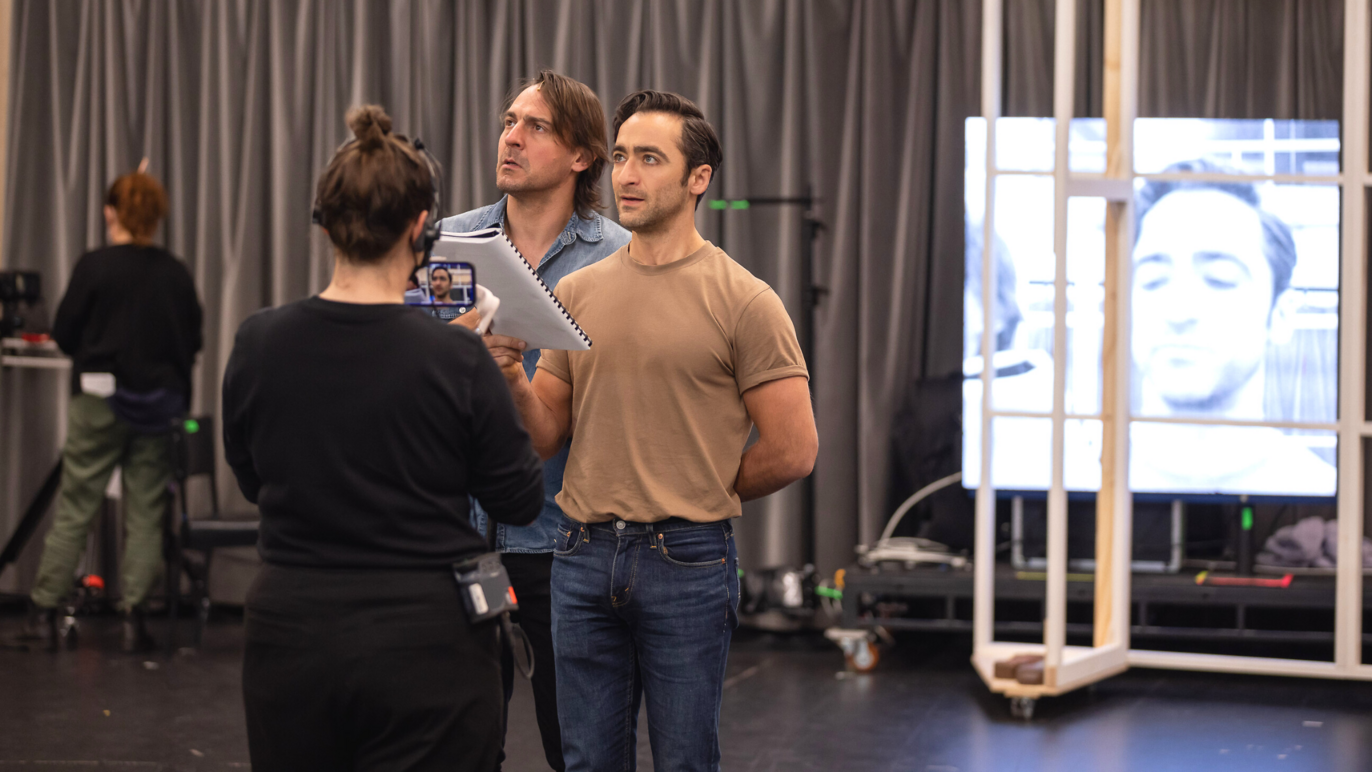 First published in 1886, Stevenson’s book has been frequently adapted for stage and screen, with such luminaries as Michael Caine, Spencer Tracey, and John Barrymore taking up the dual roles of Jekyll and Hyde (for extra resonance, the 1920 silent version starring Barrymore also borrowed elements from Dorian Gray). Indeed, many are more familiar with various transformative works rather than the original book – including Leslie.

“I mean, I'd never read it,” he admits, laughing. “My only reference point for it, to be honest, was cartoons. I knew the Bugs Bunny cartoon. I knew the Tom and Jerry cartoon. I think it's just one of those things that when you hear you go, ‘oh yeah, I know that’.

For a short book, Jekyll and Hyde is a thematically dense text, with the most obvious thread being the notion of duality, as the nominally kind-hearted Dr Jekyll is transformed by his homebrewed potion into his brutish alter-ego, Mr Hyde. This idea of there being a disparity between outward appearance and inner life is not new to actors on the whole, but it is an appealing motif, as Backer explains.

“I'm under no illusions at 37 that the times in my life when I have felt the most confident or the strongest or the sexiest or the coolest has been either acting on stage or in front of the camera as someone else,” he says. “Most actors, I think, thoroughly enjoy playing other versions of humans. Yet ask them to be themselves on stage – even myself, I get tense about that. There's something there in terms of appreciating the other selves that we get to play.”

Backer, who previously appeared with Leslie in the 2020 ABC TV series Operation Buffalo, also responded to the story’s exploration of the way we keep our true selves hidden from the public, finding parallels with his own experiences. 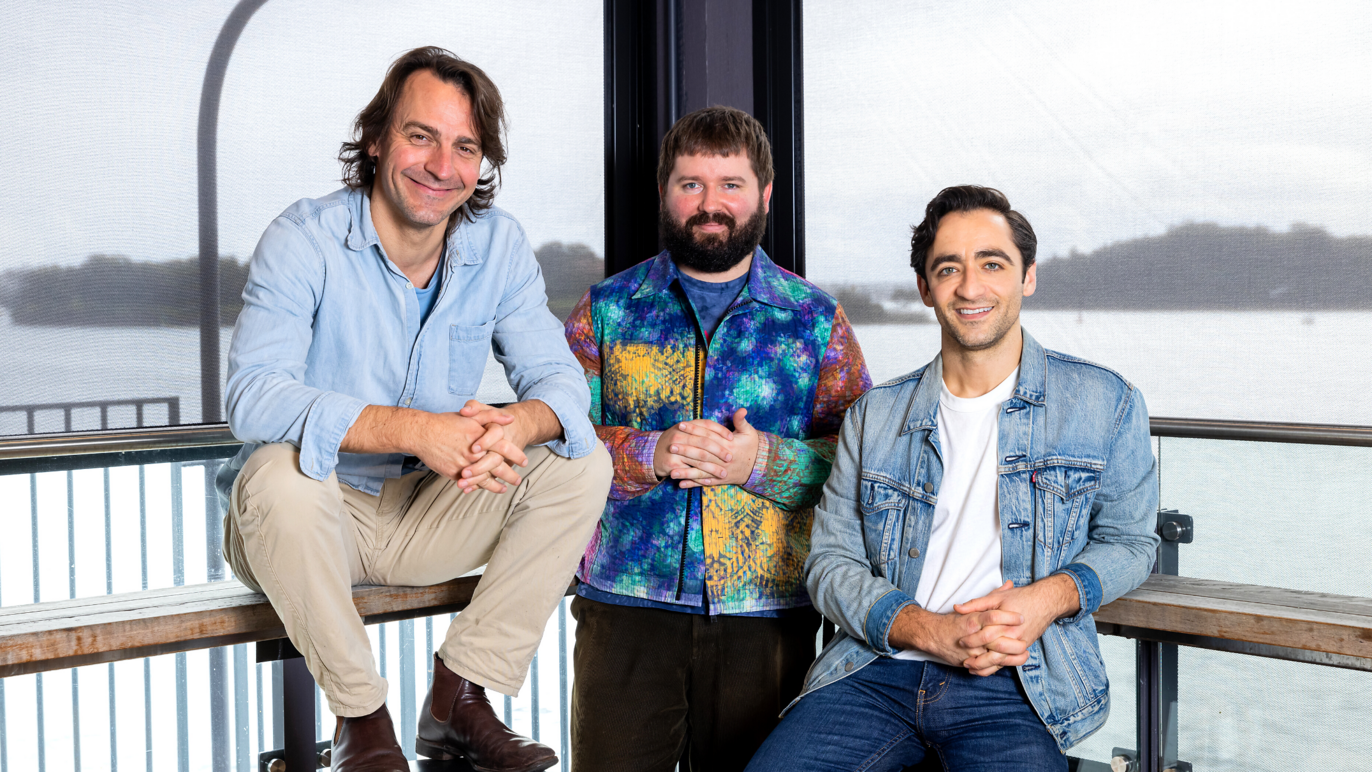 “I'm a gay actor in an industry that I don't think champions gay men,” he tells us. “Especially on not Australian TV. It's a struggle and we do feel the pressure to behave a certain way, to be palatable. This play is all about the outside forces constricting one character to be one thing, when there is another character who has just opened that door. We have so many selves that we have to let out, otherwise, what a waste. I really lean into that, and that affects me quite a bit.”

The notion of the true self, and one’s truest desires, being hidden for propriety’s sake is baked into not just Jekyll and Hyde, but the entire literary tradition it belongs to, as Williams explains.

“These Gothic works were created in a society that had an immense amount of social regulation that I think we still carry with us today,” He muses. “We're in a process of wrestling away from it, which is why it's so interesting to revisit.”

In Williams’ version, the Jekyll and Hyde tale is not only about duality, but authenticity – how we engage with our truest self, and who we show that self to. Whereas previous adaptations have centred firmly on the Jekyll/Hyde dynamic, Williams has chosen to also explore the character of Utterson, and how his own internal crisis is reflected in the titular duo’s more overt struggle.

“These are stories about the tension between authenticity and constructing a false identity,” he says. “If Dorian is about how you remedy that interior dialogue with yourself, this work is much more about the external expression of self: both the pressure not to express parts of yourself, and also the relationships that we have in our lives, where we deeply need to express our full self. 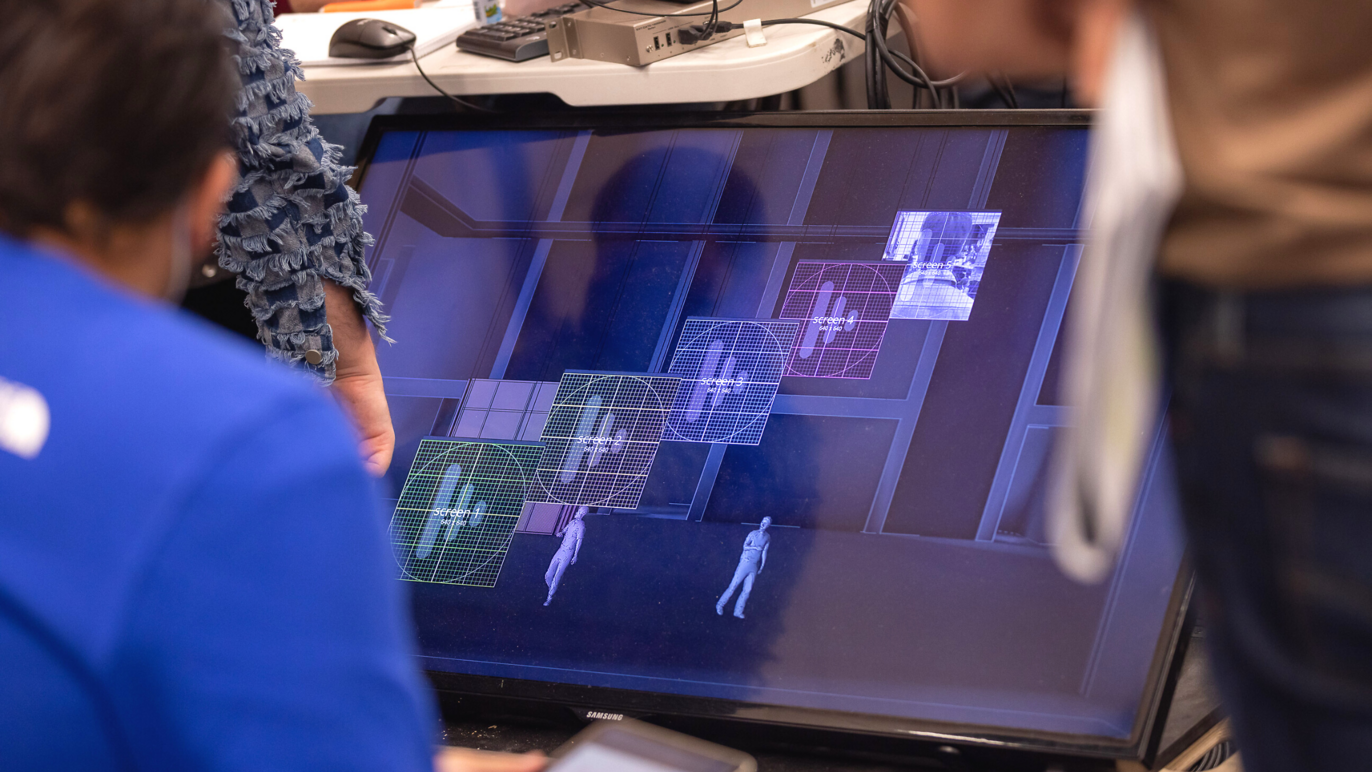 “I think it is a core human trait,” he continues. “That we have to, in some space, express to another human being who we truly are. That might be with a partner. It might be with a sibling or a parent. But I think, more often than not, it's with our friends.”

Backer picks up this thread, saying, “There is something in Utterson that he is not allowing himself to give into: pleasures, temptations, a freedom of self, of the way he walks and talks. And yeah, I absolutely related to that as a kid growing up in the ‘90s, in Brisbane, at an all-boy school. There's just no way you would act the way you want to act.”

For Leslie, the play is another work in which he can explore the moral contrasts and conflicts within a character, which is a theme he has returned to throughout his career.

He pauses and laughs again. “Which I suppose, in this one, is pretty easy.”

In another serendipitous turn of duality, you can also see the Hayes Theatre’s inventive take on Jekyll and Hyde the Musical in Sydney this month. Read our four-star review.