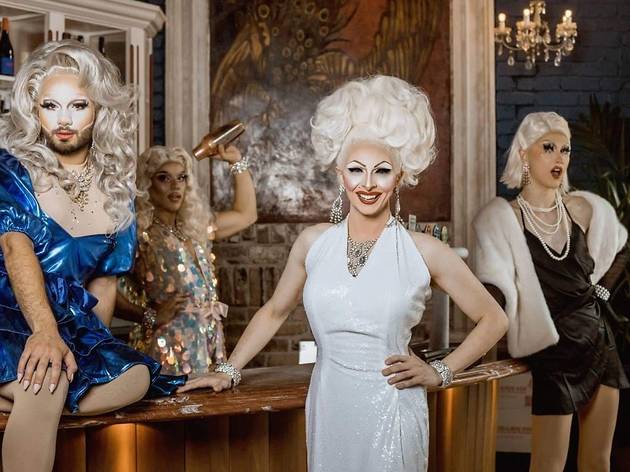 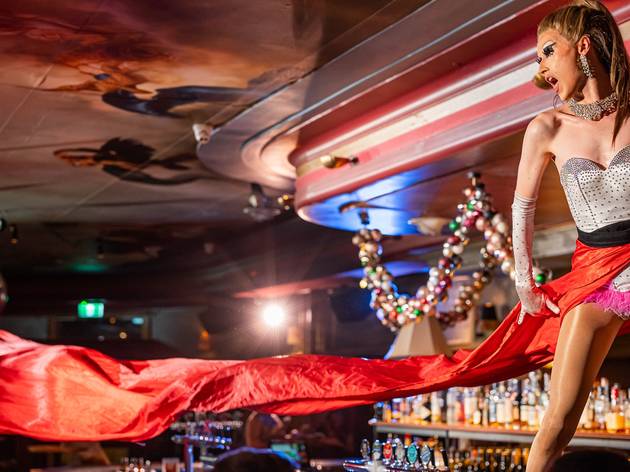 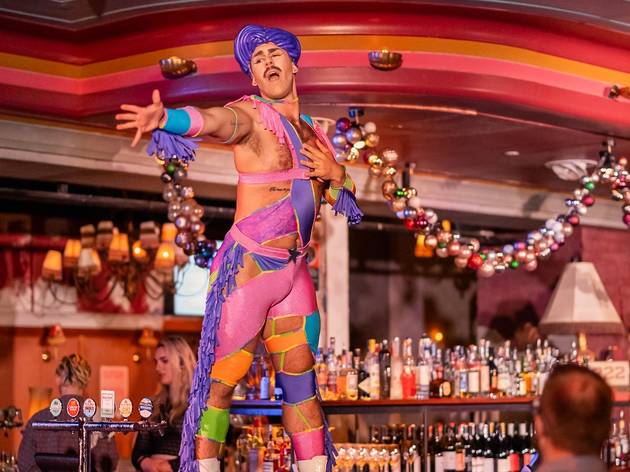 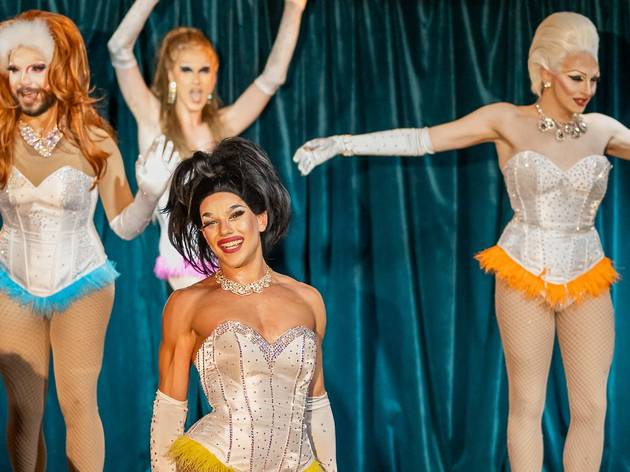 Dinner and a show is still your best call for a great night out in Sydney in these uncertain times, and the Imperial Hotel in Erskineville is once again serving up the goods with a special Drag'n’Dine production with added feathers and rhinestones.

Get your showgirl fix at Glitz and Glam the drag show, tucked and loaded with classic Broadway hits, big jazz standards and campy dance showstoppers. This new spectacle follows in the comedic and fabulous high-heeled footsteps of the Priscilla’s Experience, which brought us back from lockdown in a flurry of all Aussie nostalgia, and the revamped Rood Food, which finished off the year with naughty thrills. This twirl around, drag performers Dakota Fann’ee, Peach Fuzz, Dammit Janet, Riot and Kalin Eade are back on the Priscillas stage (and on the bar) to make sure you eat it all up.

To fuel you up for all that eleganza, the chefs at the Impy’s Priscillas restaurant have created a summer menu with a selection of plant-based dishes, fresh fish and protein. Rising stars of the new menu include the snapper ceviche, cured and dressed to order and served with crunchy pear and a kick of chipotle cream. Or get clucky for the bannockburn chicken cooked on the grill and finished in the wood-fired oven, accompanied by yellow salsa and zingy capers. The vegan almond milk panna cotta will finish you off, topped with toasted almonds and fruit.

Glitz and Glam is on every Friday and Saturday night until February 27 with sittings at 6pm and 8.30pm. Food and beverage packages range from $69-$134 per person. If you book in for a table of two on January 15, 22 or 29, you’ll receive a complimentary bottle of vino.

Get down to the Impy for dinner and show and a taste of Sydney drag at the home of Priscilla, Queen of the Desert before Australia's own iteration of RuPaul’s Drag Race changes the game. For more drag, dinner and Broadway inspiration over on Oxford Street, check out Premiere: Broadway.

Mardi Gras is back on for 2021, check out our festival guide.