The best places to go whale watching in Sydney

Hark! What's that? If it's winter in Sydney and you're standing by the sea, it could very well be the gentle giants of the Big Blue popping up to say hello – and, y'know, breathe.

In Sydney, May to November is your best bet to catch a glimpse of some humpback whales, as 20,000 of them make moves along the New South Wales coastline during the colder months. While the chill takes over Sydney, the whales begin their journey north towards warmer waters to mate and give birth. While humpbacks are the most common sight around our city, you might also spot some lesser found whale species on your adventures, including orcas and minkes. No luck? They might be hiding out by Sydney's best secret beaches – but even if not, those shores are well worth a visit.

Head to one of these lookouts with your camera and binoculars in tow to capture some blowholes spouting.

Discover some other wild times in Sydney at one of the city's amazing animal attractions. 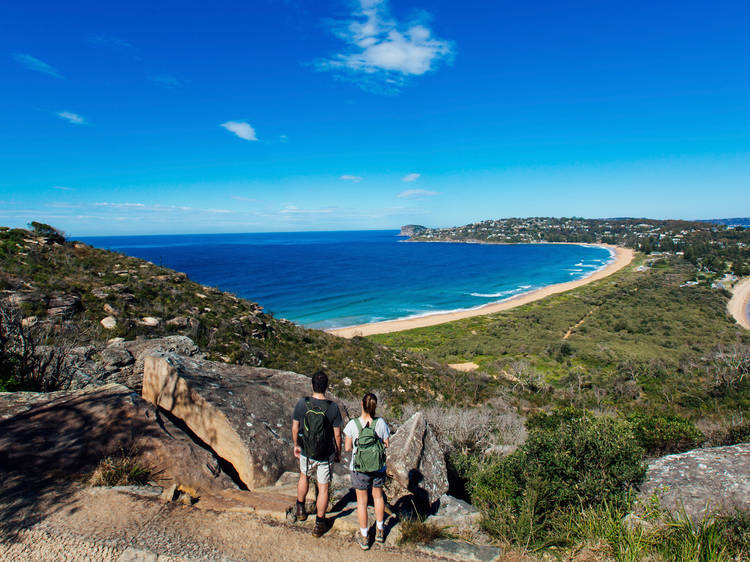 The most northern part of Palm Beach peninsula has beautiful ocean views and is part of the Ku-ring-gai Chase National Park. A popular attraction of this region is Barrenjoey Lighthouse, a heritage listed building that stands at 113 metres above sea level, and it's a perfect spot for spotting whales. It's free to enter the park on foot (parking fees apply for cars). Bring water and a picnic. 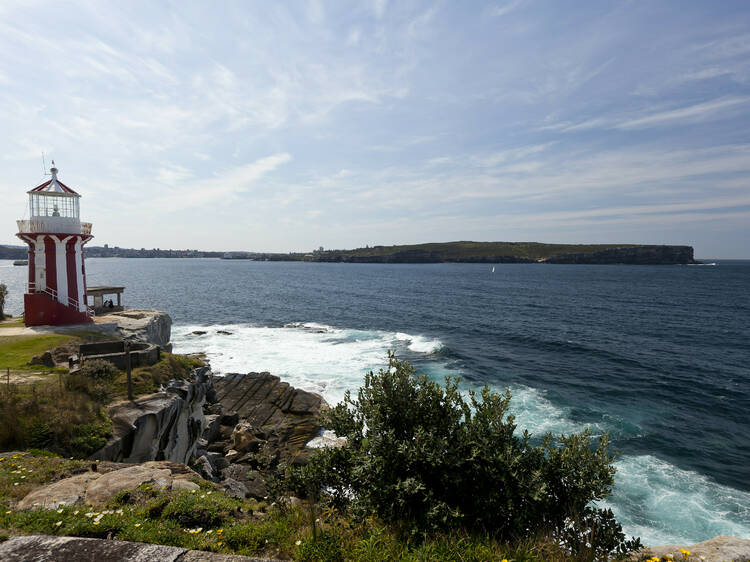 Known for its steep ocean cliffs, military history and distinctive red-and-white striped Hornby Lighthouse, South Head has no shortage of lookouts. The best spot for whale watching is the Gap, an ocean cliff on the South Head peninsula. Climb to the top to gaze over the Tasman Sea and Sydney Harbour. If you’re feeling adventurous, walk the South Head Heritage trail. The 1km loop takes up to one hour complete, so pack sunscreen, water and trainers. 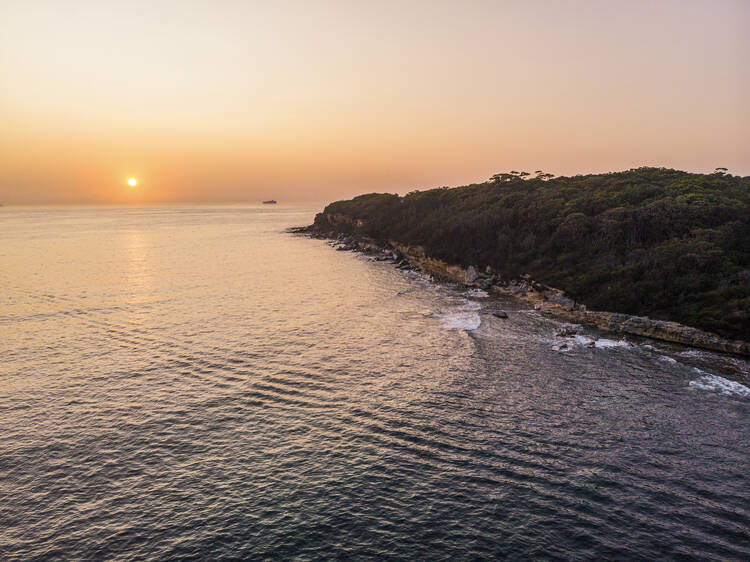 Located in the Kurnell section of Kamay Botany Bay National Park, Cape Solander is one of Sydney’s best whale watching spots. Named after botanist Daniel Solander, the cape includes an unbeatable lookout and is a good starting point for a walk through the park. Information on the whales can be found near the lookout, and you may spot a humpback as close as 200m to the coast. Take a virtual tour of the cape beforehand to plan out your day. Gates to the park are open from 7am-7.30pm from August to May, and till 5.30pm in June and July. 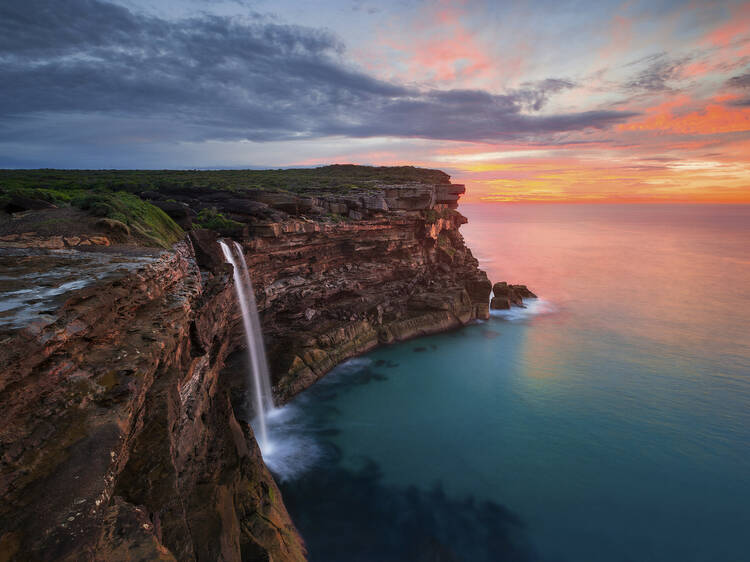 The Coast Track walking trail in the Royal National Park takes you along a gorgeous stretch of NSW coastline, where you can spot sea eagles, silver gulls, and terns. In warmer months you can finish your walk with a swim at Garie Beach, and in the winter keep your eyes peeled for migrating whales. You’ll walk by cliffs, beaches and escarpments taking in magnificent ocean views. The 26km trail is of medium difficulty, running from Bundeena to Otford and the time suggested to complete the track is two days. So if you're going the full length, pack wisely and consult your map. 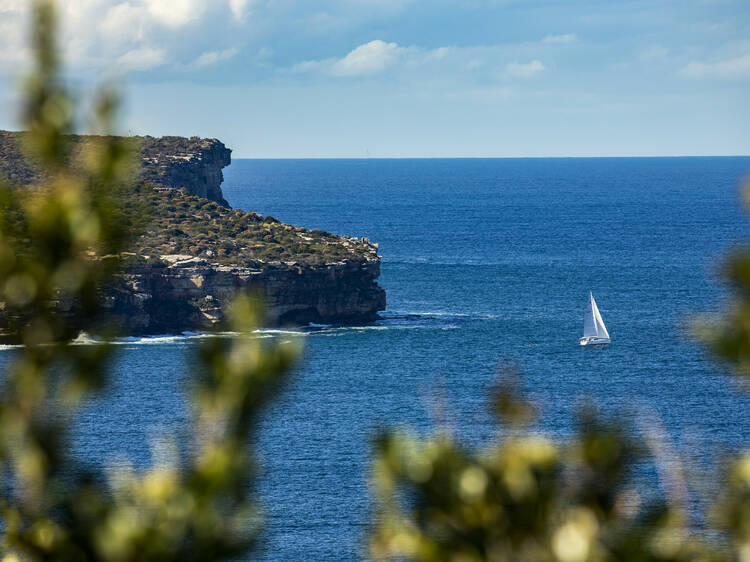 Right in Manly’s backyard is a walkway of unspoilt coastline. It’s hard to believe you’re only 11km from the CBD, as there's never-ending ocean views and a panorama of the harbour and city skyline. The walking track at North Head Sanctuary – which leads to North Fort and Fairfax Lookout – features fantastic sea views and opportunities to spot humpback and southern right whales. Sydney Harbour National Park has varying park entry fees – they charge $5 per car for the day at North Head car park. 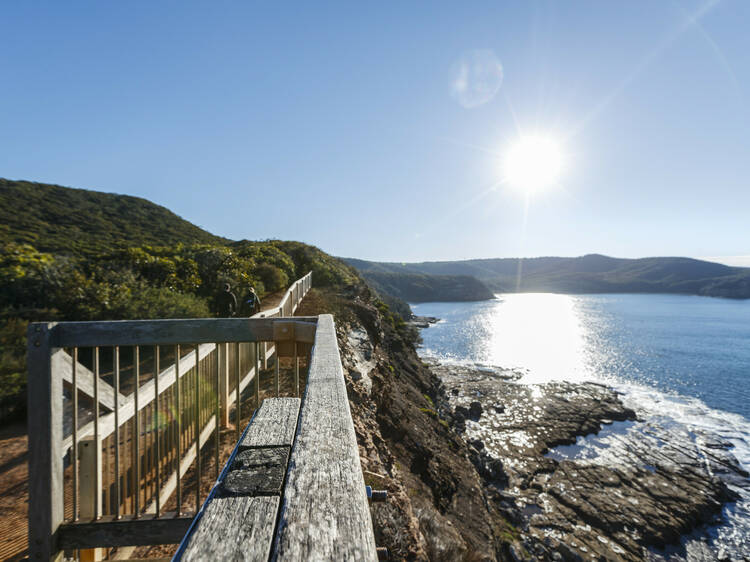 A short walk from Putty Beach in Bouddi National Park is the Gerrin Point lookout. In the spring, you can take the Bouddi Coastal walk and enjoy the canvas of wildflowers, but in winter you'll want to grab your camera and climb the stairs to the highest vantage point to spot migrating humpback whales. The lookout has panoramic views of Maitland Bay, and there's a bench for visitors to take a rest. On windy days it’s best to bring a jacket as the location is exposed and you'll feel the wind chill. 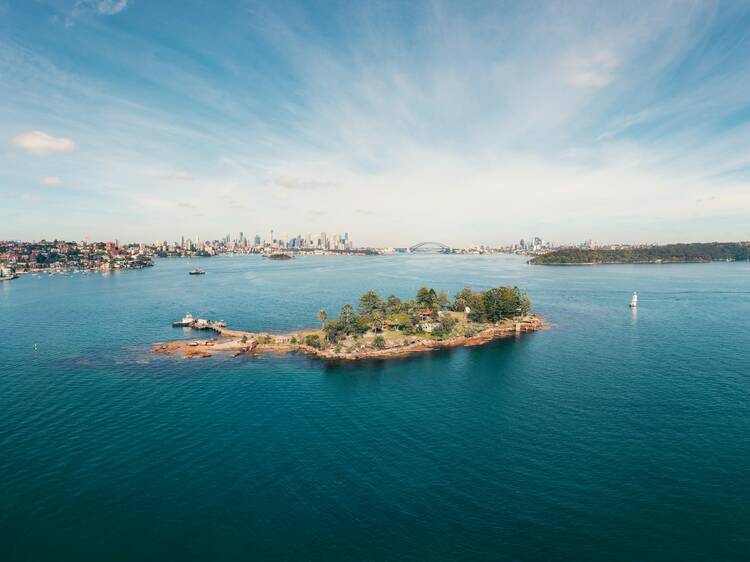 Located just off Rose Bay, Shark Island is a secluded harbour island that offers great views of the harbour and both North and South Head. You need to book in advance to visit, but it’s probably the most secluded spot you’ll find on this list. With large grassed areas, a wading beach, gazebo and tables, Shark Island is also the perfect spot for a picnic, if watching whales all day makes you a little peckish. There’s a $7 per person landing fee to visit the island. 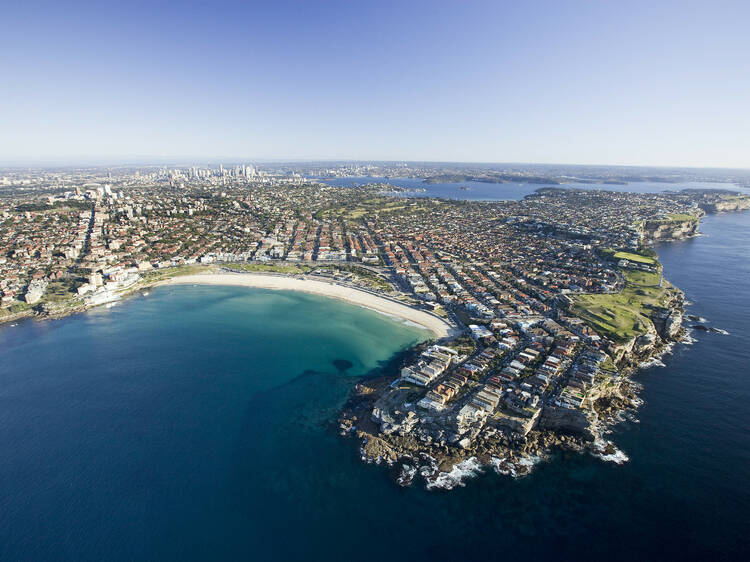 Skip the crowds and head north of Bondi Beach to Ben Buckler, a small hamlet in North Bondi where the locals go swimming and hang out. When spotting whales, the aim is to get as high as possible, so the best vantage point is high above the water at the Ben Buckler Point lookout. It’s on top of the rocks and gives you a peachy view over the Pacific. Aim to visit in the morning when the waves are generally calmer – this makes it a bit easier to spot whales across the horizon. 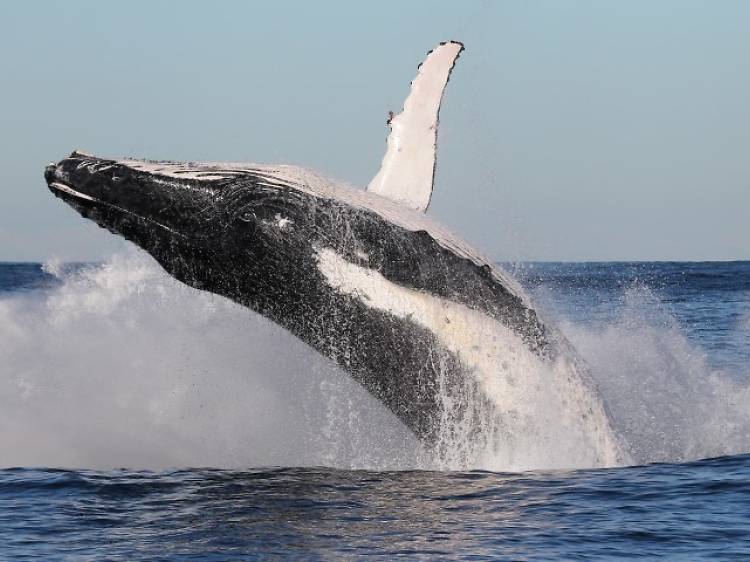 One of the best ways to take a self-guided whale watching tour is to download the free app Wild About Whales. Google Maps will find your location and you can select sightings, vantage points or tours. Directions to the closest whales are only a click away.