A visit to Memphis will fan a passing interest in modern music into a raging inferno of love for the classic soul and rock’n’roll sounds that were created in this city. It’s the home of Elvis Presley, Stax Records, Sun Studios, and the National Civil Rights Museum, one of the best memorial and educational facilities this writer has ever visited. And that’s before you even get to famous Beale Street...

Doing the great American road trip? Check out our guides to Nashville and Austin.

Don't have much cash? Try these four weekend getaways for under $400. 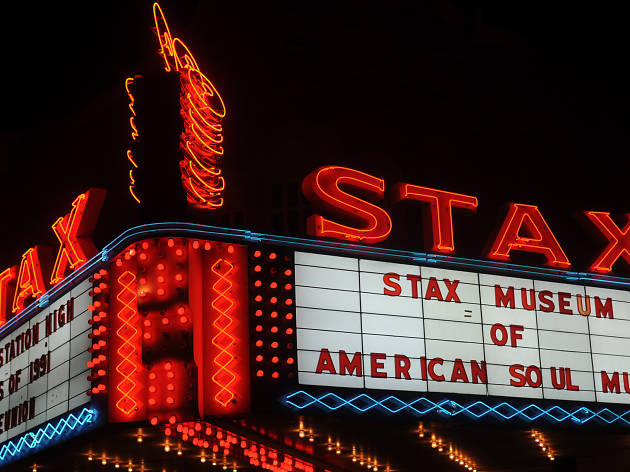 Tour the ultimate celebrity home: Graceland
Don’t fight it - even if you’re not an Elvis fan, the pilgrimage to his famous home is a non-negotiable Memphis experience. You take a tour bus over to the mansion where John Stamos (yes, the guy from Full House) voices your tablet tour that takes you through the house, including the famous jungle room, around the grounds and concludes at the memorial fountain where Presley and his parents are buried. Elvis Presley Blvd, Memphis TN 38116. +1 901 332 3322. https://www.graceland.com. Mon-Sat 9am-5pm; Sun 9am-4pm. $38.75.

Buy almost anything at the Bass Pro Shop at the Pyramid
This giant glass pyramid encasing a hunting supplies shop, bowling alley, restaurants and fudge shop (why not) is so American it’s almost parody. The building used to be a basketball arena but now houses an artificial swamp with fish ponds, alligators and a dedicated gun shop. You have to see it to believe it. 1 Bass Pro Dr, Memphis TN 38105. +1 901 291 8200. http://www.basspro.com. Mon-Sat 8am-10pm; Sun 8am-7pm.

Get a taste for that old soul sound Stax Museum of American Soul Music
If when you think of soul music you think Motown it’s time to expand your knowledge because the legacy of Stax Records is an essential part of Memphis’s music scene. Stax artists included Isaac Hayes, Otis Redding, Sam & Dave, the Staple Singers, Johnnie Taylor, Albert King, Booker T. & the MGs, and Rufus and Carla Thomas, and hearing their stories makes you pine for an era of American creativity the likes of which may never come again. 926 E. McLemore Ave, Memphis TN 38106. +1 901 942 7685.  http://staxmuseum.com. Daily 10am-5pm. $13.

Stand in the same studio as your musical heroes at Sun Studio
Even if you’re not that into music history, there’s something pretty magical about standing in the original studio where Elvis, Ike Turner, Johnny Cash, Jerry Lee Lewis and Roy Orbison recorded the music that defined rock’n’roll. 106 Union Ave, Memphis TN 38103. +1 800 441 6249. https://www.sunstudio.com. Daily 10am-6pm. $14.

Feel all the feels at the National Civil Rights Museum
It won’t take you a whole day to visit this profoundly moving museum built inside the very same motel building where Martin Luther King Jr was assassinated, but the effect of your visit will be hard to shake. It’s an incredibly difficult part of history to delve into in detail, but extremely important that you do so, and rarely will you find a museum as carefully constructed and as thorough as this one. 450 Mulberry St, Memphis TN 38103. +1 901 521 9699. http://www.civilrightsmuseum.org. Wed-Mon 9am-5pm. $14-$15.

Visit the Rock ‘n’ Soul Museum
Of all the broad spectrum music museums in the city, this is by far the most approachable. It follows the rise of popular music thanks to the spread of the radio, and there are playlists that you can access as you tour the museum that perfectly soundtrack your visit, taking you from old country and gospel through to modern rock’n’roll. You’ll want to add them all to your spotify. 191 Beale St, Memphis TN 38103. +1 901 205 2533. https://www.memphisrocknsoul.org. Daily 10am-7pm. $12. 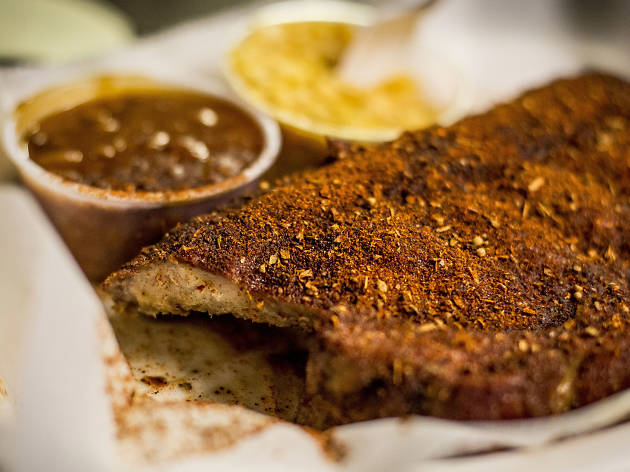 Get a boozy brunch at the Majestic Grille
This is where to go if you want the full, American brunch experience. This beautiful dining room feels like you’re dining in old, southern, pre-GFC glory, and no one will shame you for going all out on the $4 Mimosas and Bloody Marys. Yep, $4 a pop. Also you can order a whole bottle of Champers with OJ for $15 (*immediately fills out Green Card application). Order all the classics, like a bacon and blue cheese burger, a Waldorf salad, shrimp and grits, or a filet mignon Benedict, which is two palm sized steaks on toasted muffins with poached eggs and Hollandaise sauce. This is not the time to hold back. 145 S. Main St, Memphis TN 38103. +1 901 522 8555. http://majesticgrille.com. Mon-Thu 11am-10pm; Fri 11am-11pm; Sat 11am-2.30pm, 4pm-11pm; Sun 10am-2pm, 4pm-9pm.

Eat ribs at Rendezvous
Memphis is a barbecue town, and there are a lot of divided opinions about whose ribs are best, but a lot of people swear by the dry rub at Rendezvous, whose secret spice mix you can buy to take home with you. You will leave here clutching your sides, because of course you’ll order the mixed plate that lets you try ribs and maybe some chopped chicken, pork shoulder or brisket, with a side of stewed beans and a yellow coleslaw. But you might also fancy trying the sausage and cheese (exactly what it sounds like and a local favourite) or the A+ barbecue topped nachos. 52 S. 2nd St, Memphis TN 38103. +1 901 523 2746.  https://www.hogsfly.com. Tue-Thu 4.30pm-10.30pm; Fri 11am-11pm; Sat 11.30am-11pm. 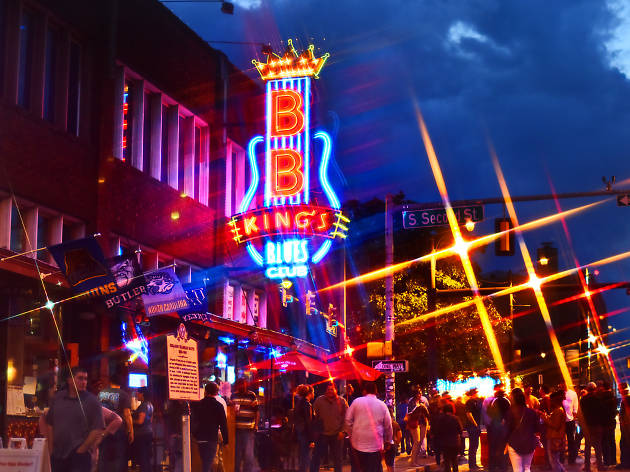 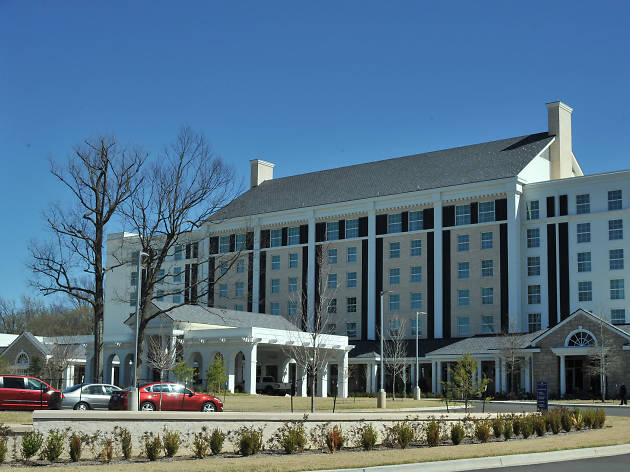 The Guest House at Graceland
Elvis is big business in Memphis, so not only can you tour the King of rock’n’roll’s home, but you can also stay just down the road in the Elvis-themed guesthouse. It’s very new, and boasts a pool, a late-night bar, lots of luxe finishes like wingback purple chairs and gilt mirrors, and a constant stream of Elvis music and movies on the big screen TVs in your room. 3600 Elvis Presley Blvd, Memphis TN 38116. +1 901 443 3000. https://www.expedia.com.au/Memphis-Hotels-The-Guest-House-At-Graceland.h14873603.Hotel-Information

Qantas (www.qantas.com) flies to the USA daily, to Los Angeles or Dallas-Fort Worth, with internal flights operated by American Airlines (www.aa.com).

Expedia.com.au is a one stop shop for booking travel, activities, accommodation, and attractions when you're in the USA.

*Time Out travelled as the guest of Brand USA and Expedia, and visited Memphis courtesy of Memphis Convention & Visitors Bureau. www.visittheusa.com.au.