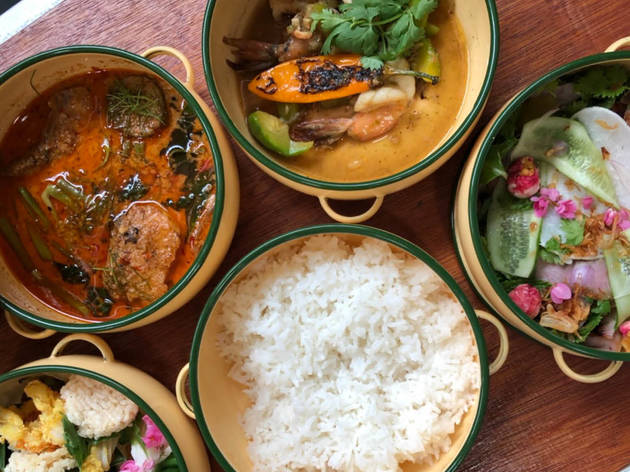 Restaurants are one of the hardest-hit businesses during this global novel coronavirus pandemic. Empty dining rooms are not an unusual sight as people are preferring to stay in rather than eat out. Many restaurants have started offering delivery services to make sure their kitchen staff and service crew are financially supported during the crisis. 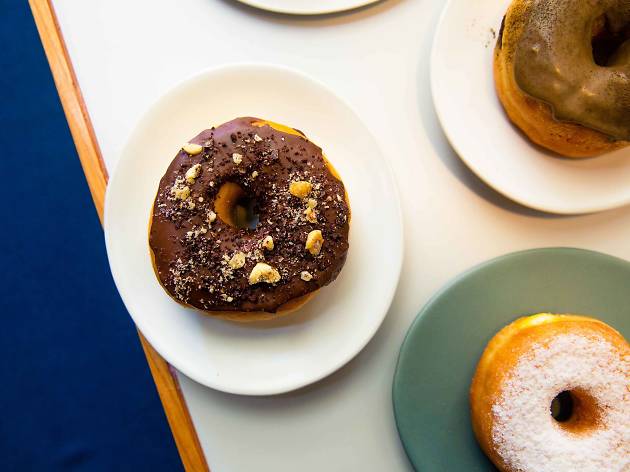 If we can remember right, the Bangkokian’s obsession with the donut reached its apex when sugar-craving sweet tooths formed queues in front of Siam Paragon the first time Krispy Kreme came to the city. This fixation lasted a couple of months but eventually died down, our fickle palates developing a taste for other imported treats. Recently, however, the donut seems to have gotten back in the game—craft donut shops have been mushrooming across the city, offering everything from treats filled with creative fillings to baked goodies paired with fried chicken. We list down some of the best shops that have revived the city’s obsession with the donut. 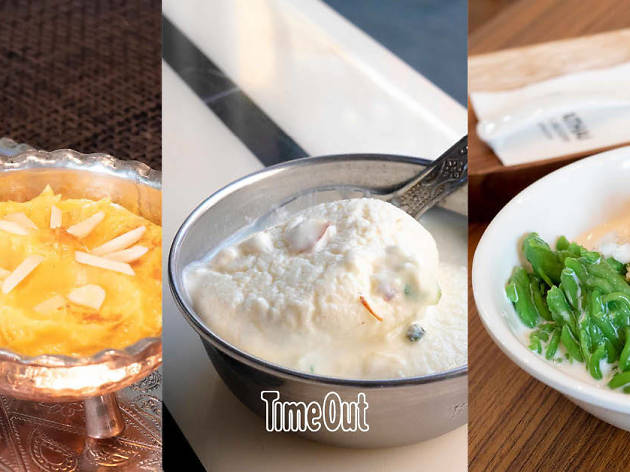 11 Asian desserts and where to eat them in Bangkok

So sweet, so Asian 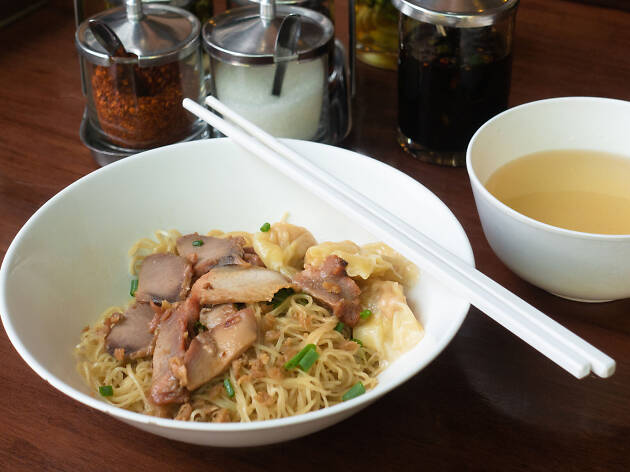 Thonglor has a reputation for being home to the city’s swankiest restaurants, from from high-end omakase eateries to Michelin-starred dining dens. Similarly, it’s also known as a haven for cheap and cheerful dining options where you can eat delicious food without necessarily emptying out your pockets. For Thonglor residents and visitor who’d rather not pay B300 for a meal each time, here’s our recommendations of the best cheap eateries in Thonglor. Read more: Best cheap eats in Bangkok 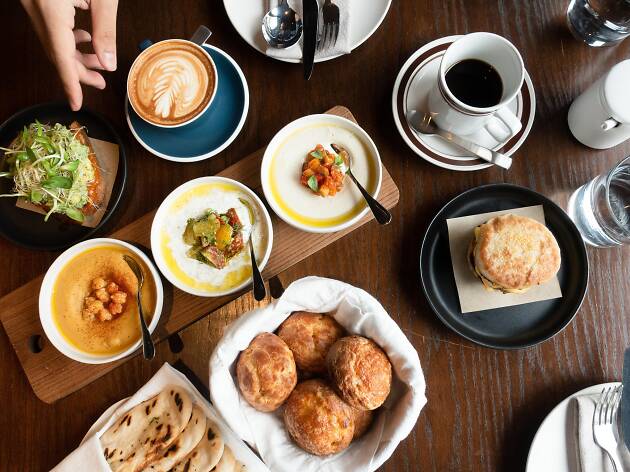 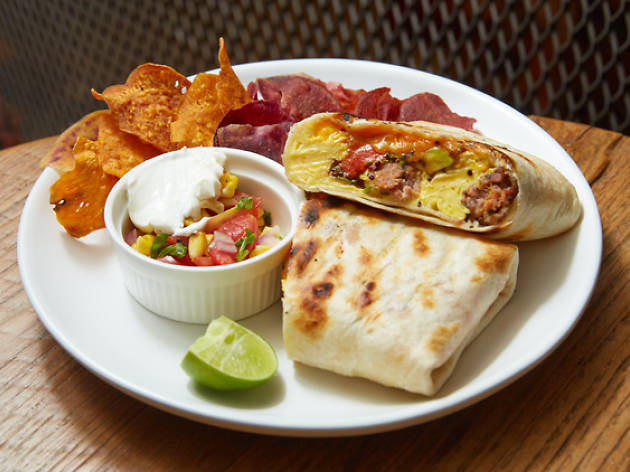 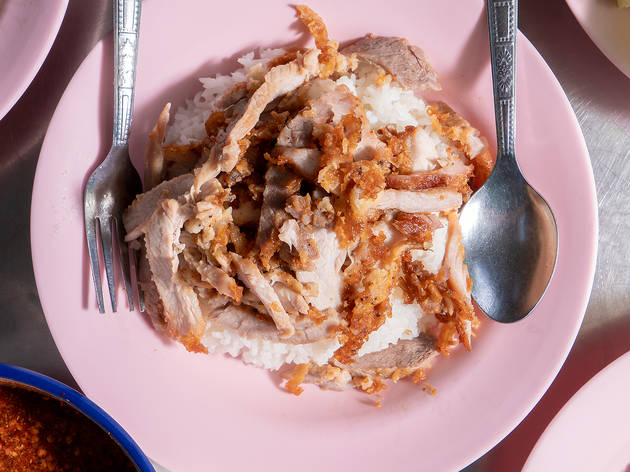 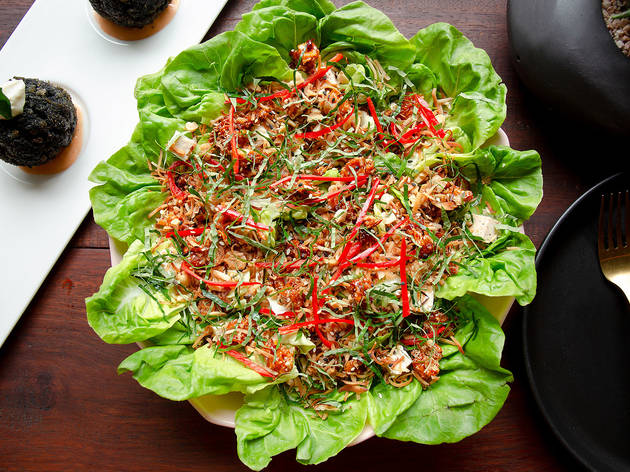 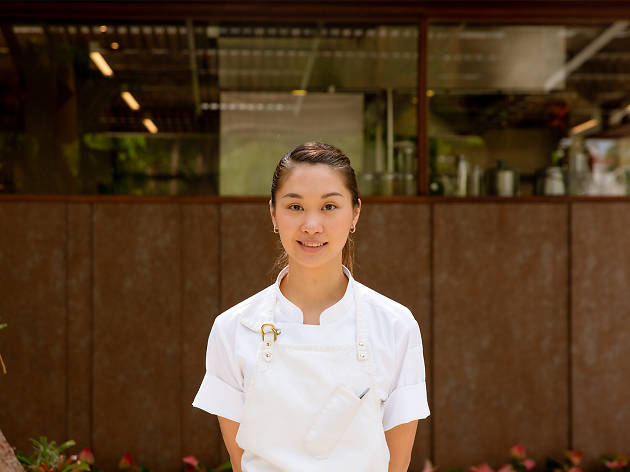 Chudaree Debhakam talks about her first dining establishment put up years after she was crowned the first winner of Top Chef Thailand. 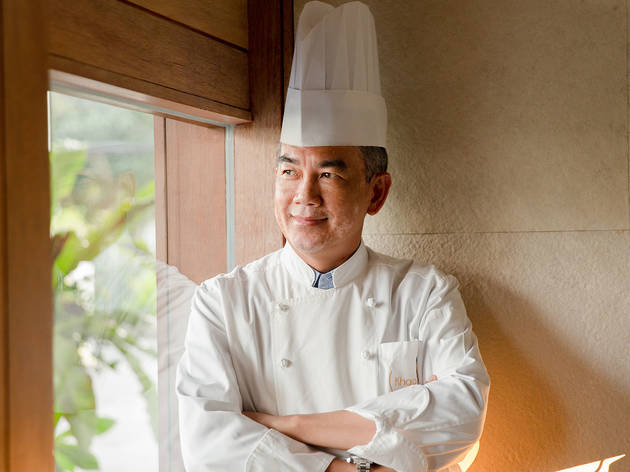 The godfather of modern Thai cuisine reveals his journey. 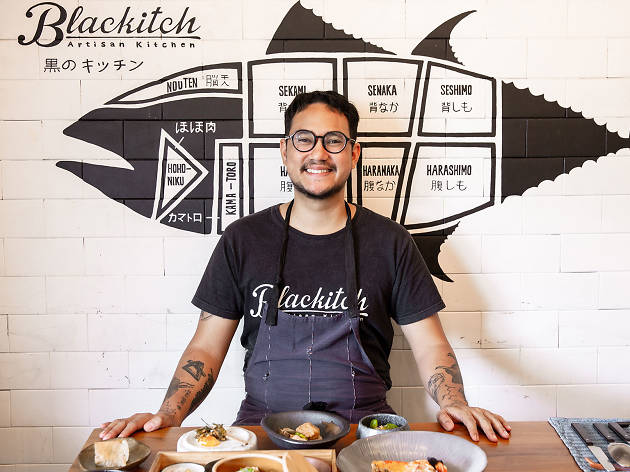 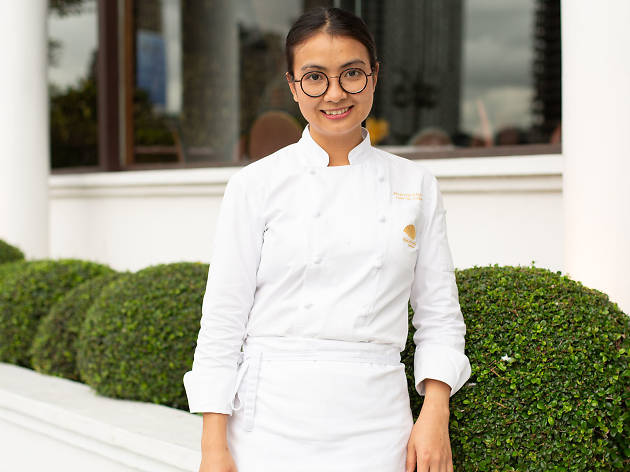 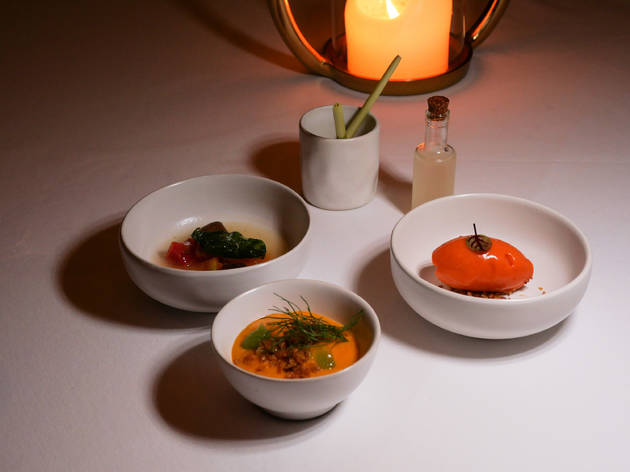 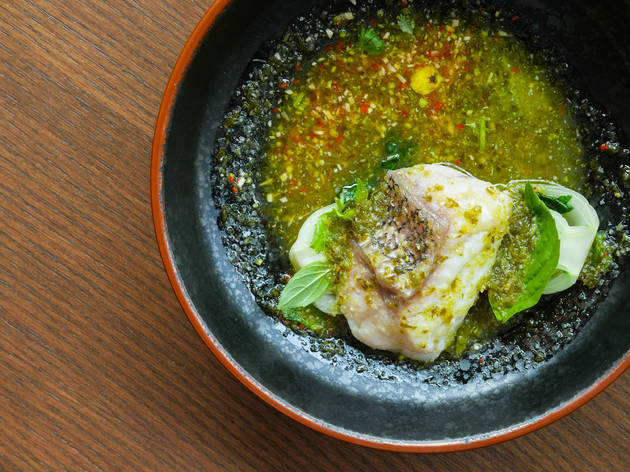 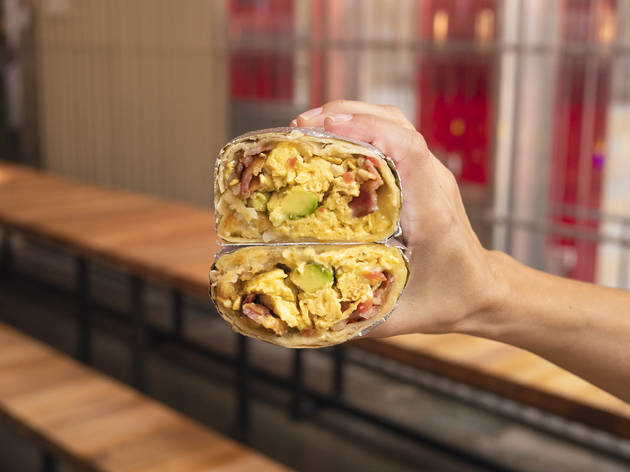 The owners of Fowlmouth now brings us an eatery devoted to eggs. 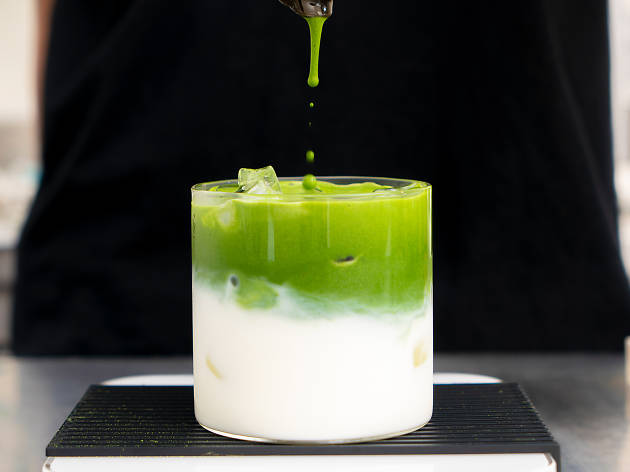 A minimalist matcha cafe in Ari 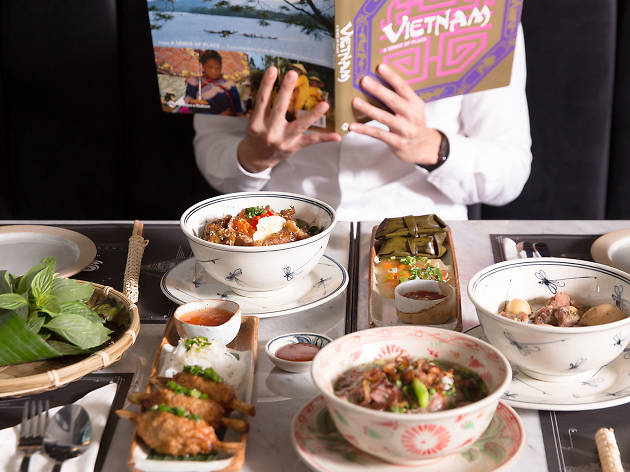 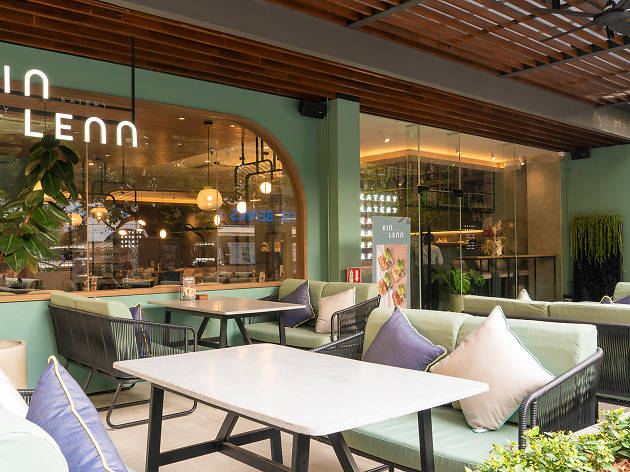 This restaurant is set to become your new favorite hangout spot in Ploenchit. 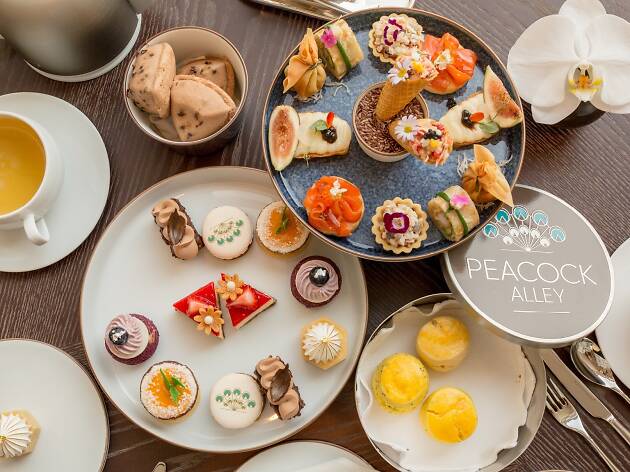 Forget hanging out at your neighborhood café. Indulge instead in afternoon tea and scrumptious treats at these plush salons. 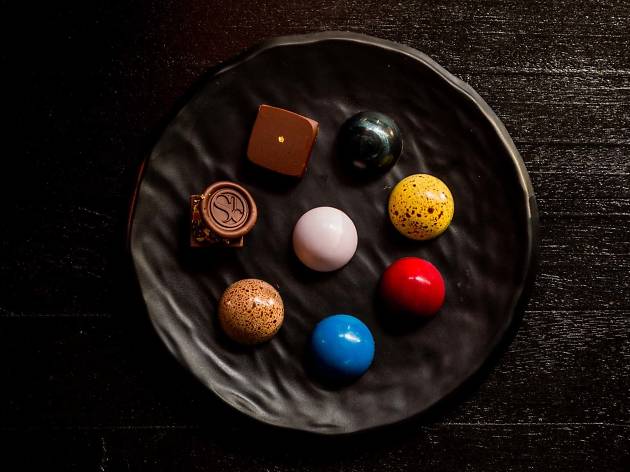 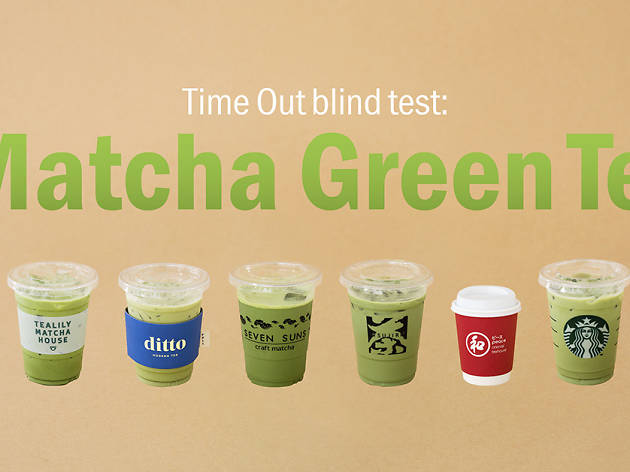 Blind taste test: Who has the best iced matcha latte in Bangkok?

Many will agree (tea purists and the lactose-intolerant excluded) that matcha green tea is best drank as a latte, where the bitter taste of this intensely flavored tea blends perfectly with the rich creaminess of milk, leaving a sweet aftertaste on your palate. Many shops across Bangkok deliver pretty good matcha green tea lattes (iced, of course, as we live in a city where summer never ends), but we’re trying to figure out which one makes the best concoction—that sipper that has the perfect balance of sweet, bitter, aromatic and creamy. We put on our blindfolds, and sip our way through the iced matcha lattes of eight of the city’s most popular tea shops to find out which one deserves a spot in our hearts. Note: All drinks were purchased on the same day and around the same time for a blind test conducted by our staffers at the Time Out Bangkok office. This review is purely based on the staffers’ opinions, and was not, in any way or kind, sponsored. 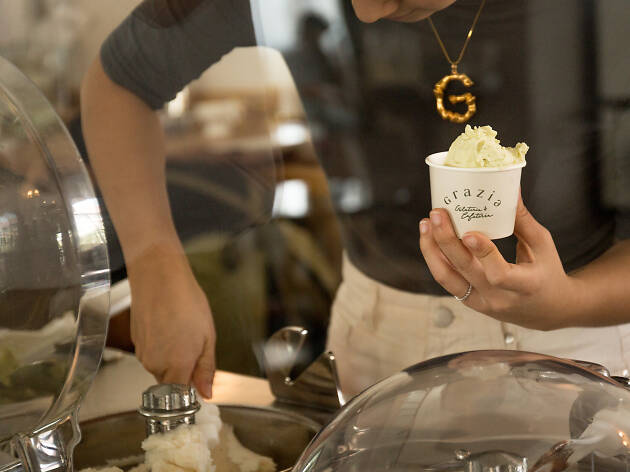 “To be honest, I have never come across real gelato here in Bangkok,” says Thanamas “Grace” Assadamongkolphan, who discovered her love for the Italy’s version of ice cream while taking up her master’s degree in fashion entrepreneurship at the Marangoni Fashion Institute in Milan. “I loved it so much that I wanted to open a gelato shop.” Grace approached the owner of Il Massimo del Gelato, her favorite gelato parlor in Milan with the hopes of bringing the franchise back to Thailand. As she had expected, the owner declined her offer, but suggested instead that she learn how to make it herself in an unnamed institution in Bergamo where the best recipes for this frozen treat come from. And that’s how the story of Grazia Gelato and Coffee began. As Grace explains, the difference between ice cream and gelato lies in the texture and richness of the mix. “Gelato incorporates less air so it comes with a silkier and more intense texture. Also, it contains almost 90 percent less fat because it has less amount of cream. And you can appreciate the actual taste of ingredients more in gelato.” Grace is proud of the gelato served at Grazia, which is tucked in an elegant townhouse in Bang Klaui that has been refurbished to look like a retro fashion studio, complete with arch details and vintage collectibles that Grace gathered whilst in Italy. For one, the gelato here is devoid of chemicals and emulsifiers, which are typically used as shortcuts at most ice cream parlors. But Grazia doesn’

Restaurants in Bangkok by area 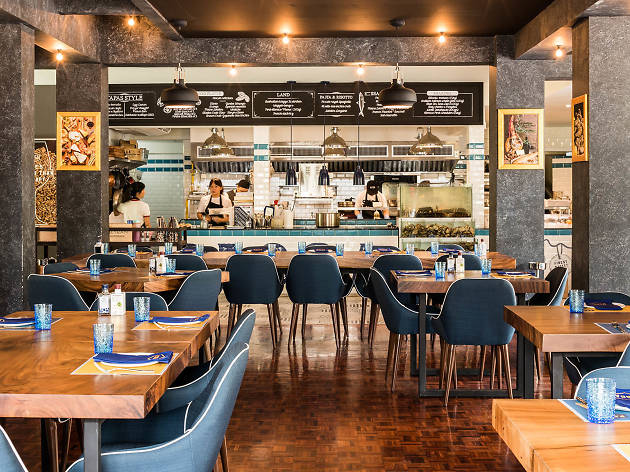 Best restaurants and cafes in Ekkamai 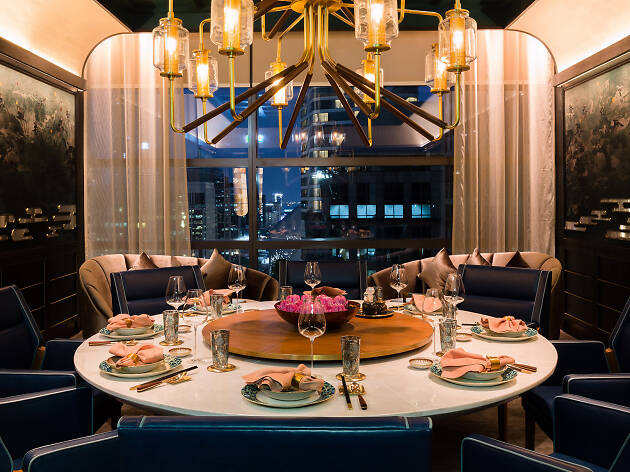 The best restaurants and cafes in Phloen Chit

Discover the best places to eat and drink in the area 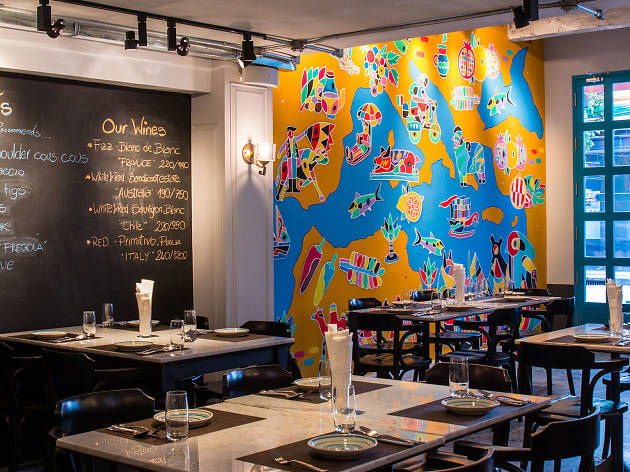 Best restaurants and cafes in Silom and Sathorn

Silom and Sathorn might be known for being a business district in Bangkok, but they are actually a heaven for food lovers, too. 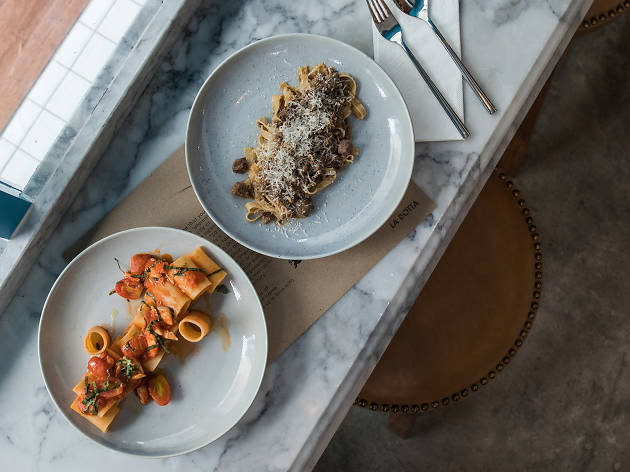 Best restaurants and cafes in Thonglor

Sushi, tapas or som tum – Thonglor is utopia for the gastrophile offering a myriad of dining venues from cozy cafes to high-end restaurants to open-all-night street stalls.