A woman’s work is never done. The same goes for Annie Leibovitz and her exhibition Women: New Portraits, an examination of female identity and the role of women in society. Hannah Hodson meets the legendary photographer and discusses her 17-year project

Dressed head to toe in black – her signature look – and sporting a pair of clumpy-looking hiking boots, in a world of glitz and glam, selfies and belfies, it’s easy to forget the significance of world-renowned photographer Annie Leibovitz. With a career that’s taken in everyone from a naked John Lennon to the Queen of England, she comes across as a no-frills character, remarkably free of celebrity pretension. This year marks the revival of Women, the body of work she started in 1999 with her now-deceased collaborator, Susan Sontag. After its January premiere in London, this revamped collection, dubbed New Portraits, is touring the globe. Our city marks the tour's fifth stop, with UBS as commissioning partner of the exhibition.

“These are all the new works,” the 66-year-old says, gesturing at a wall on which are pinned some of the world’s most well-known faces. “It’s done really quickly on an instant printer in my office. It’s almost like putting out a magazine. We shoot the pictures and then we just roll them out.” The casual way she describes the production is mirrored in the way the images are displayed. Pinned with simple clear tacks on to a temporary wall, the photographs are divided into rows with packing rope. The laid-back vibe is carried through to the space in which it’s displayed, a former warehouse, independent of the airs and graces that one would expect of a celebrity photographer. “I wanted to use a place that would be plain and a place that we could also have a part in revitalising,” says Leibovitz of the industrial building turned temporary gallery in Kennedy Town. “No-one has been in this space for 20 years and I like the idea that it’s a bit of old Hong Kong. It’s in an area that’s up and coming and there’s no doubt that this will be an important art area.”

When discussing individual photographs, Leibovitz points to an image of Aung San Suu Kyi, the one-time political prisoner now elected State Councillor of Myanmar, and muses on the surprisingly harried nature of many of the works. “This a good example of a set of pictures that are part way in the making. I worked hard on getting this portrait with her. I even had some help from the US State Department,” she recalls. “They ended up giving me five minutes before she went on stage and so she sat down in front of my grey screen – I’m not that excited about the whole portrait style – and I took this photo in five minutes. At that very same time I asked ‘can I come to Burma?’ and she said ‘yes’. So, this is more of a study, before I go to Burma and finish the portrait.” The same goes for her photograph of Malala Yousafzai, the Pakistani activist and youngest ever Nobel Peace Prize winner. 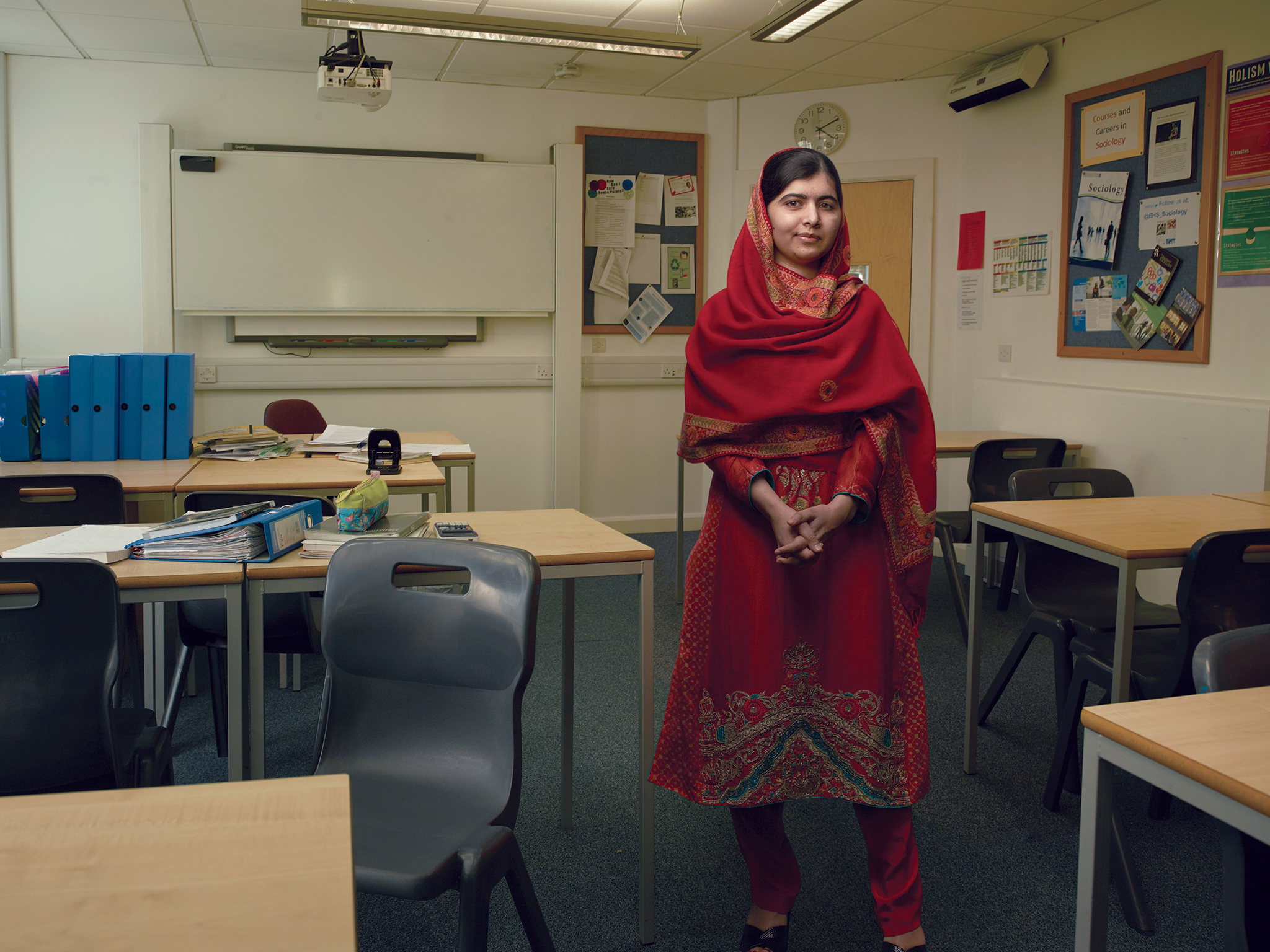 “We were given just a few minutes with her when she finished her school day in Birmingham, in England, which was kind of amazing,” says Leibovitz. “I knew she had started a school in a refugee camp, so I asked her if I could go with her to the refugee camp this summer and she said I could. You can’t get everything out of one shoot and I’m not afraid to go back and get the best that I can.”

While women like Yousafzai and Suu Kyi are justifiably celebrated in the exhibition, there are other additions that are perhaps more surprising – high profile celebrities like Caitlyn Jenner, Lupita Nyong’o, Shonda Rhimes and Amy Schumer. Their inclusion is controversial since it diverges from the original project’s aim, which was to pay homage to the everyday woman, the ones not in the spotlight. “Originally, I wasn’t going to photograph actors at all,” Leibovitz comments when discussing the reasoning behind this shift. “I thought, do we really need to see the people that reflect us? I don’t know. I think we need to see who we are [instead],” she muses. “But then I see someone like Lupita and she’s now the face of Lancôme. I thought, this is a change [from the start of the project in 1999] in what we see as beautiful. It’s eclectic, it’s weird and it’s not perfect.” 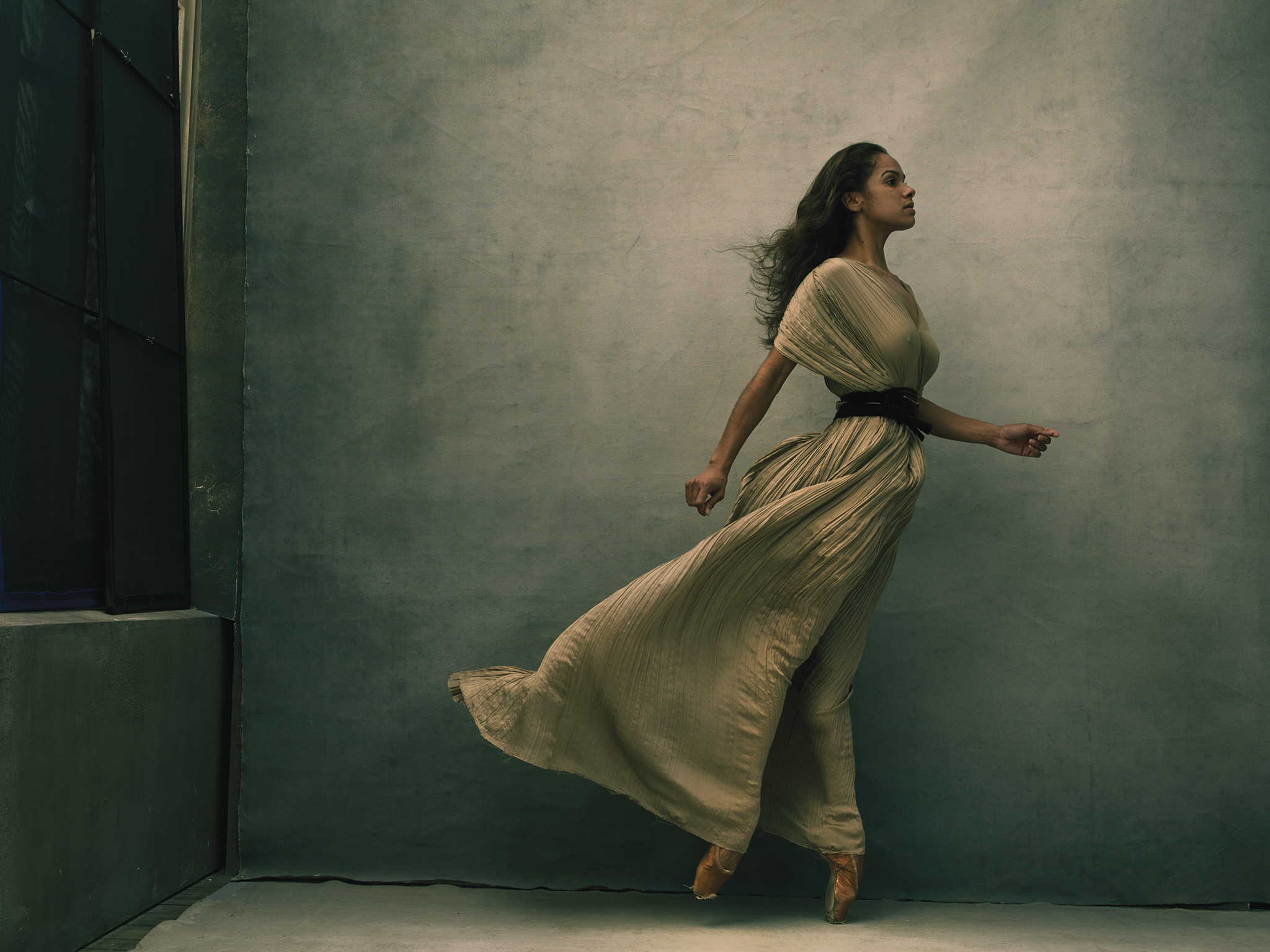 Not only has Women evolved in terms of its subjects but it is also a documentation of the evolution of the nature of women. “I feel like there’s a new feeling of confidence in the women sitting and having their photographs taken,” Leibovitz explains. “They seem to know who they are and what they’re doing, much more than they did in 1999.” Indeed, the original concept was a project between Leibovitz and the writer Susan Sontag, who sadly passed away in 2004. The nature of the relationship between the two women was never fully disclosed, though what is clear is that Sontag was a major inspiration and a driving force behind the project. “She was really tough and she’d say ‘Annie, you’re good but you could be better’. She just wanted me to work all of the time. But you know, I don’t think either one of us knew how good it would look and how important the project would be. I think she would have really liked it,” Leibovitz says, before adding: “She was tough, though! I really couldn’t be who she wanted me to be. I wanted to be that person and I never could. But you know, I think I’m just still trying.”

The evolution of the series is key to its success. Leibovitz recognises that the plight of women is forever changing and the continuing development of the series mirrors this. Perhaps the most important aspect of the exhibition, though, is its power to inspire. Leibovitz ends our conversation by describing what has made the series worthwhile for her: “When the [original exhibition’s] book came out in 1999, Karen Finley, who’s a performance artist, called me up and she said ‘Annie, I have tell you, my eight-year-old daughter looked through your book and she said ‘mum, when I grow up I want to be a woman, and that was the best compliment I ever got’.”