Anyone who has ever walked past Graham Street will know that the mural outside the Goods of Desire store is one of the most popular tourist attractions in Hong Kong. The wall – donning a row of old Hong Kong-style tenement buildings inspired by a photograph of the Kowloon walled city in the book City Of Darkness – is the work of Hong Kong-based street artist Alex Croft.

While the ongoing health crisis and current travel bans have put a halt to the flocks of visitors posing in front of the wall for social media, Alex has splashed up a brand new creation, this time in collaboration with Winerack in Sai Kung. We caught up with Alex to find out more about the new mural, his inspirations, and what's down the road for the artist.

What got you started in graffiti and street art?

"I’ve always been pushed by my mother and father to make art, but getting into skateboarding and BMX at a young age was a way for me to start viewing the world differently. I have a strong memory of going on holiday with my parents to Paris in the late 90s and noticing that all the trains on the inside and out were covered in graffiti. After moving to Hong Kong, I started getting into graffiti, street art, and stencilling through hip-hop and breakdancing with my school friends. Later on, we formed a Graffiti crew in 2004 called T4C – Time For Change. Our group included artists like Mellow, Assassin, Retron and Fusion. Graffiti documentaries like Dirty Handz 2 and artists like REKA, Yok, COPE2, Dondi, David Kinsey, Shepard Fairy, Mist, Tilt, FaFi, Lister, Fortress, Pez, JohnOne and many more inspired me."

What inspired you to come up with the new mural for Winerack?

"I have been developing my geometric patterns for a while and had done a few boats over the last few years so this was a natural progression of that. For this mural, I worked with Winerack, who commissioned it. We wanted it to depict our mutual appreciation for Sai Kung. I purposely used one consistent angle throughout. The style was actually inspired by geometric patterns and shapes that I found interesting growing up in the middle east, where Arabic carpets and ceilings on mosques were something I saw often. These geometric patterns inspired the way the buildings are designed."

What is the process behind creating your artworks? How long does it take from start to finish?

"Generally, I just go from a sketch straight to the wall. If I’m using stencils, it’s a slightly longer process. There are always more measurements needed than expected when I'm doing 3D stencil work – that takes time. Once the stencils are prepared it’s a step by step colour selection process. I also need to think about which colours to use and where on the design it would work best."

Do you have a favourite street artist based in Hong Kong?

"Ooh, good question! I'd say one of my favourite artists here in Hong Kong is OTOSS, aka BIG MAD or 13177. He's a creative guy with a unique perspective on the world."

What's next for you? Are there any plans for new artworks or projects in the near future?

"Yes, hopefully, I will have some mural projects coming up this year! Stay tuned. I’m also hoping to be able to have an exhibition later this year. If any galleries would like to collaborate around April or May... please do get in touch!"

Lastly, if you were given the chance to paint anything you like (no restrictions!) in a location of your choice within Hong Kong, what and where would it be?

"If I told you that, I would have to kill you – but I would say Sculpture! I would love to be able to install a large sculpture into the natural environment. I think that would be cool."

If you would like to check out Alex's new mural in Sai Kung, head to the Winerack flagship store in Sai Kung (1 Sha Tsui Path, Man Nin Street), or follow @alexcroftart on Instagram to see more of his works!

More Hong Kong creators you should know about 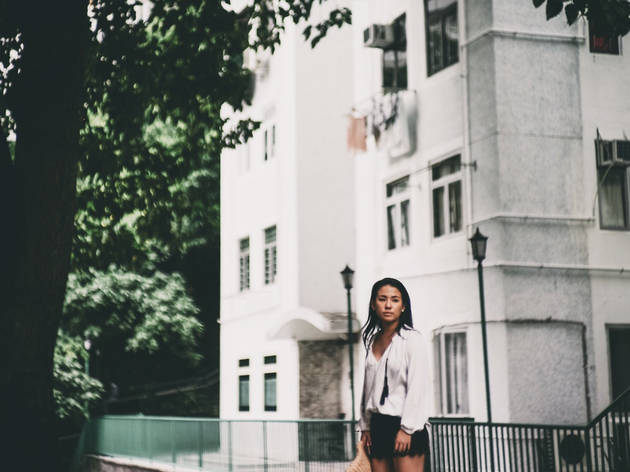 We caught up with the memes queen herself to find out how it all started. 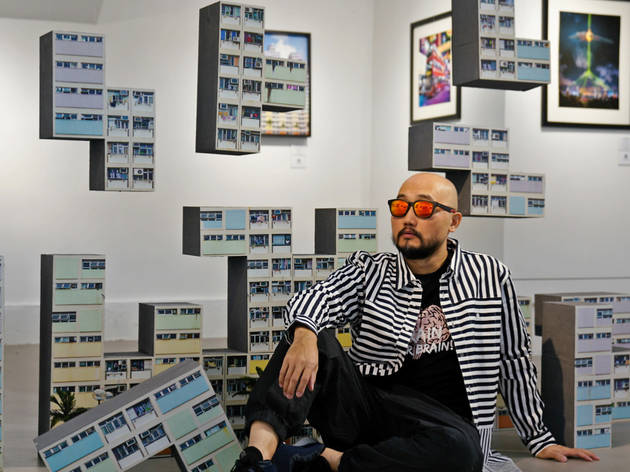 Get to know one of Hong Kong's most popular photographer and graphic designer.