Photographer and graphic designer Tommy Fung, or as many may know him by as @surrealhk on Instagram, has recently launched his first-ever solo exhibition My Surreal Life in Hong Kong. Having moved back to Hong Kong in 2016 after years of living in Venezuela, Tommy began his Instagram account in 2017 with a series of Photoshopped images of Hong Kong. His works, which seamlessly blend fiction with reality, often tell stories of the city’s social issues in a comical and at times controversial manner, an approach that has earned him more than 97.1k followers to this day.

We caught up with  Tommy before his exhibition to discuss how he got started, and the process that goes behind his ingenious images.

What is the inspiration and motivation behind your current exhibition?

"The exhibition features a collection of my artworks over the years, but I've specifically picked out a few pieces depicting Hong Kong's current housing crisis. I did this because I want my audience to understand the severity of the problem. It doesn't just affect a particular segment or class of people, it's an underlying issue that affects everyone."

You grew up in Venezuela, what was the reason for moving back to Hong Kong?

"I moved there with my family when I was nine, so I grew up and spent a large part of my life there. It's a beautiful country, but the political issues there became problematic, which affected the economy very badly. With the lack of water, electricity, and everyday goods, our lives there became more about surviving rather than living, so I decided to move back to Hong Kong in 2016." 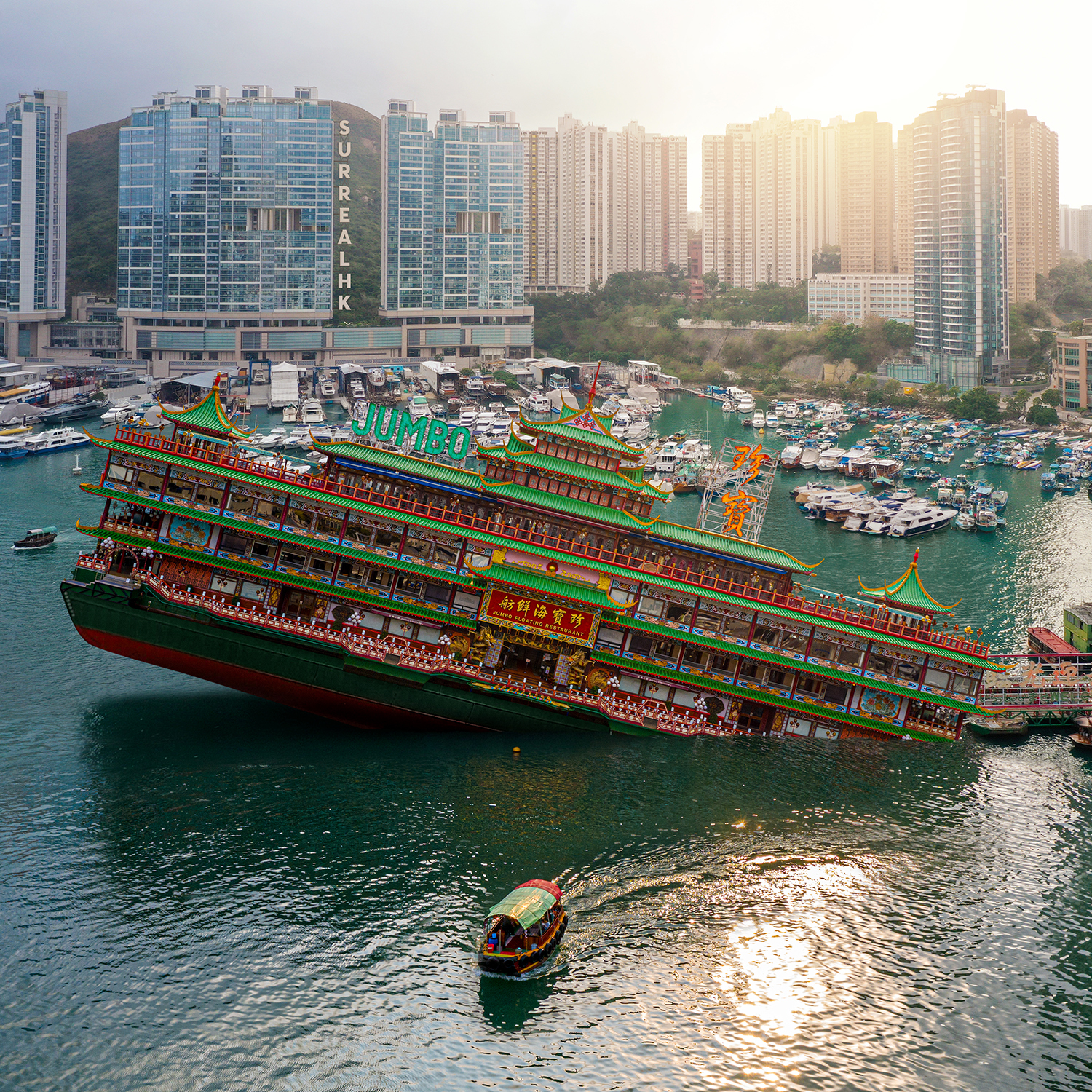 "I was already a photographer and a graphic designer in Venezuela, and when I moved back to Hong Kong, I didn't know how to get into the industry here. I had a lot of time on my hands so I went around the city to take photos. I also noticed that most people on the internet would Photoshop images for the sake of mocking and making fun of people. No one would use it to express themselves, and since I always have a lot to say, plus editing photos is not a difficult task for me, I decided to create an account to share a series of images that would allow me to express my perspectives on this 'new' city."

What is the process behind creating your images?

"As soon as I think of an idea, I jot it down. I would then see if I have any existing photographs that I can use. If not, I would immediately go out and shoot these photographs myself. Then I would start the editing process which can take anything from a couple of hours to as long as around 30 hours depending on the difficulty."

What is the most challenging part of your process?

"Sometimes, taking photographs is the most time-consuming part. I'm very particular with every little detail. If the lighting is wrong, or the angle is off the slightest bit, the results will be unnatural and others would easily be able to tell. This image of a triple-decker bus (pictured above) took me a long time to edit. I had to individually crop each of the neon signs from many other photographs. The process is very difficult, most would not be able to understand just by looking at the image."

Where do you get inspiration for your images?

"Everywhere. Just things that I come across on the street. I tend to look at most things through my own lens and think to myself what an image would look like if I twisted it in a particular way or put certain elements together. Of course, I watch the news too. If there is something happening in society, I will share my opinions through my images. I also get inspiration from watching movies like Inception, Doctor Strange, or just Marvel movies in general. Sometimes, I would use scenes and elements from these movies to showcase what they would look like if it happened in Hong Kong."

What is your favourite image from your collection?

"My favourite has to be the Choi Hung Estate photo (pictured above). Everyone goes there to take photos for Instagram, but I did it in a way that brought a different perspective and message – ie. the housing crisis – to my audience."

Do you have any tips or advice for any aspiring photographers and graphic designers who would like to follow your footsteps?

"I actually learned how to edit photos just by going on the internet. I don't follow all the rules as I have my own particular style of editing, but the important thing is to just try, both with editing and photography. It was difficult for me in the beginning as people didn't understand my style and would comment to say that my photos were 'fake'. I mean, obviously, they are. That's my whole thing. But I didn't let that stop me and just pushed through,  eventually, I gained more followers who understood where I was coming from. All in all, don't give up as soon as something gets difficult. Keep learning and trying, because there's no right or wrong. Eventually, you'll find what works for you." 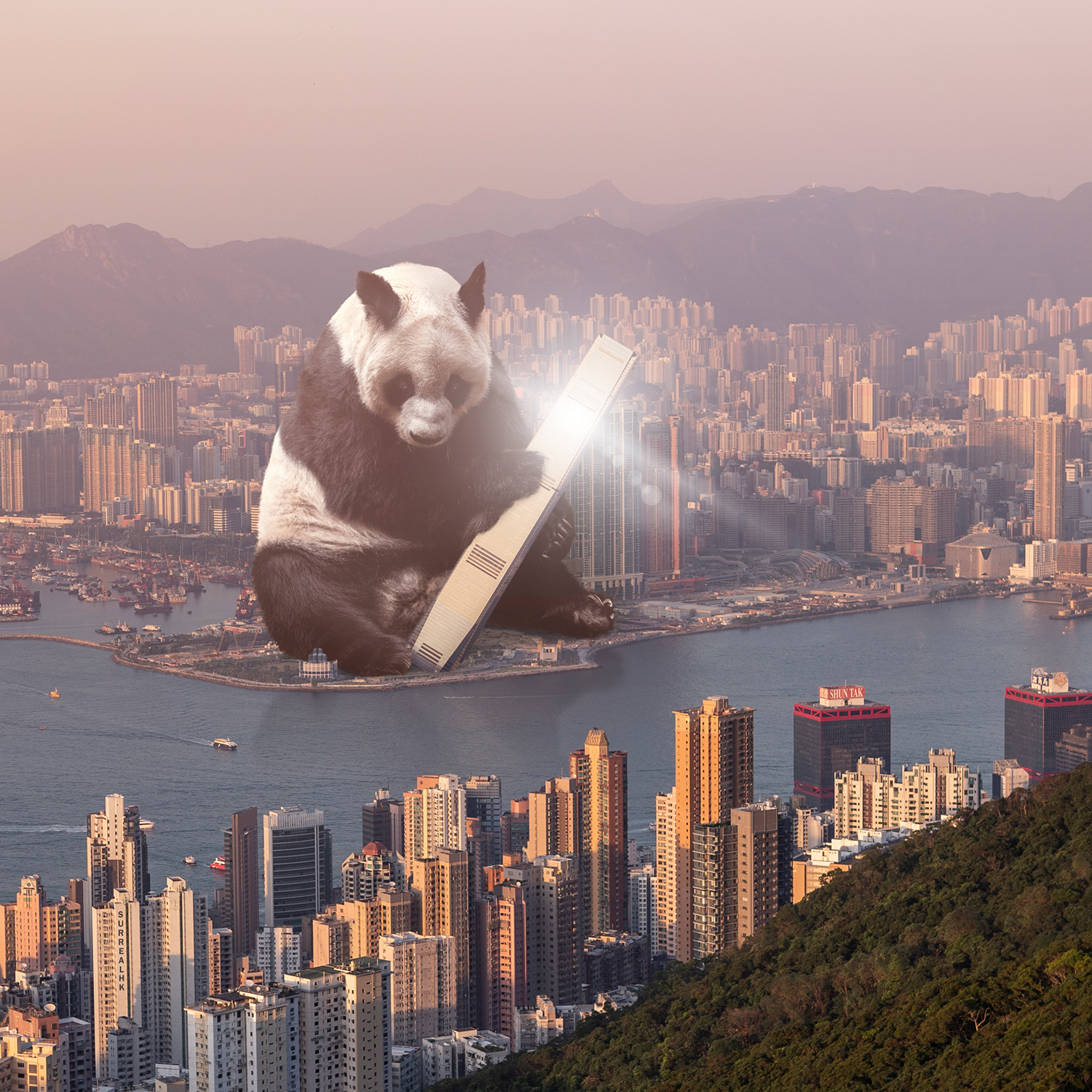 Do you have a favourite place in the city that you love to photograph?

"There are tons of small islands in Hong Kong that are so beautiful, it's like stepping into another realm but they're often difficult to get to. There are also many beautiful hikes around the city too. It depends on the timing. Each season in Hong Kong has something to offer, it all depends on what I’m after."

So, what's next for @surrealhk?

"In the future, I hope to take things overseas. I would love to take photographs of different places around the world and incorporate them into Hong Kong scenes. It would be great if my works could speak to an international audience but I would still stick to using Hong Kong as a core theme. I've been back in Hong Kong for many years now and there are still so many places I have yet to explore."

Tommy’s exhibition is on show at 13a New Street Gallery from now until November 8. Apart from showcasing some of his favourite photographs from over the years, the exhibition also has various artworks that have been recreated using different materials to give his audience a brand new perspective. Trust us, they’re out of this world. Follow Tommy @surrealhk to see all his latest updates and new artworks!

Get to know more about Hong Kong culture 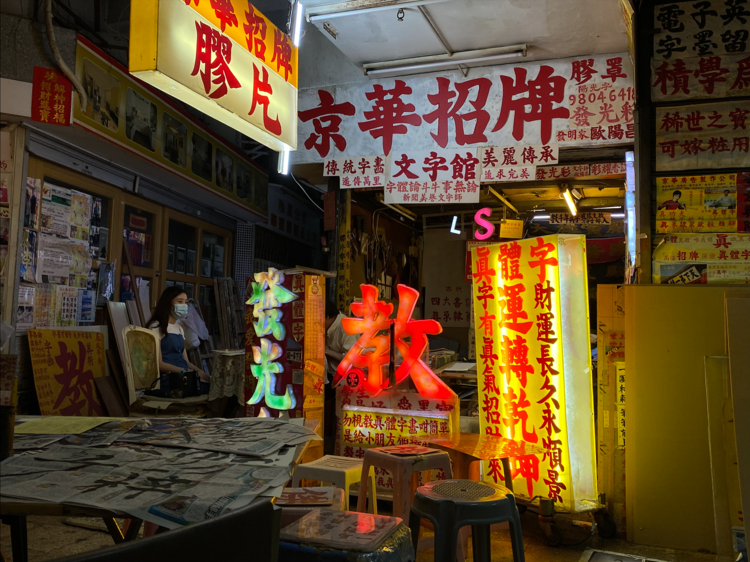 We paid a visit to Au Yeung Cheong, acclaimed calligraphy and authentic Chinese typeface signage master, who has been keeping the tradition alive for more than 40 years. 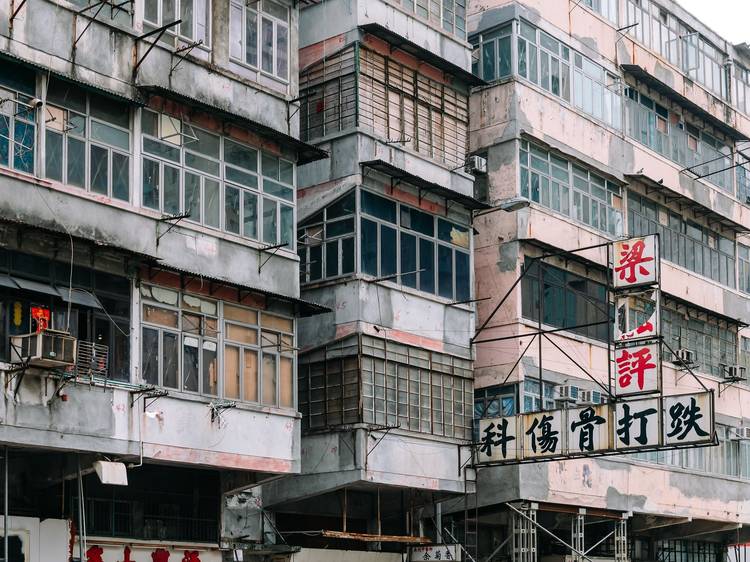 We sat down at a neighbourhood cafe in Kowloon City to talk to the brains behind the project @streetsignhk.