Jess Lau’s parents hoped that she would get a normal office job when she graduated from university. She had other plans.

Lau wanted to become an artist. But first, she needed to find an affordable studio in a city with some of the world’s most expensive rent. “Without space,” says Lau, “you can’t think. You don’t have the privacy to make your own work”. With only one project in her portfolio, she applied for a space in Wan Chai’s Foo Tak Building, a spot she heard offered cheap rent to aspiring artists.

Lau, who works mainly in video installation work, was accepted and for the last 18 months she has been working in a studio on the 12th floor of the aging apartment block on the bustling Hennessy Road.

Set between a 7-Eleven convenience store and a pawnshop, the Foo Tak Building looks no different to any other dilapidated high-rise on the busy street – but inside, there’s a thriving artist’s village.

Built in 1968, the building was originally home to private apartments and small-businesses. That all changed in 2003. After hearing artists complain about the difficulty of life in Hong Kong at an art conference, a low-key landlady, who owns 20 flats in the building, decided she wanted to help. The lady approached filmmaker and video artist May Fung and offered the use of most of her units. Fung, who is also an art advisor and a member of the Hong Kong Arts Development Council, began renting the units to artists and creative groups.

Today, each unit costs between $3,000 and $4,000 per month, or less in cases of need. The rent goes directly to a non-profit called Arts & Culture Outreach (ACO), which manages the units onsite on behalf of the landlady. Fung states the cheap rent gives young artists who lack resources the chance to establish themselves.

Susi Law, who works for ACO, says that although the owner could earn a fortune in rent, the opportunity the space affords the artists is more important to her. “We gain a lot of value here, cultural value. And there are a lot of beautiful things happening. We’re still generating a lot of value, I guess, but not monetary value,” jokes Law.

ACO houses a cosy café and bookshop open to the public. Artists’ works hang on the walls of the café, a place where documentary screenings, talks and other creative events are often held. On one summer Saturday, ACO hosted a band established by Shenzhen factory workers. A few weeks earlier, ACO hosted a talk on permaculture. Every year, ACO hosts an open day for the public to view its artists’ creations.

The tenants, who are mostly emerging artists or new university graduates, commonly share ideas and supplies with each other. “The community here is amazing,” says Law. Foo Tak counts a number of artists, an indie film group, a documentary film promotion company, an experimental sound group, two media companies and a handpan band among its residents. Most tenants only stay a few years, until they can afford to support themselves, but InMedia has been a resident for several years. Law says the work they do is important for Hong Kong, especially at a time when freedom of the press is declining in the SAR.

Law and the landlady adopt a hands-off approach with the artists and, for the most part, allow them the freedom they need to create. “We try not to manage them,” says Fung. “We exercise very little control. We want to let the artists work quietly inside.”

The Foo Tak artists’ community is something of an anomaly in Hong Kong. Another independent art space, Things That Can Happen in Sham Shui Po, is only on temporary lease to the artists amid plans to turn the flats there into expensive serviced apartments. The government-run Cattle Depot Artist Village opened in 2001, but artists are required to follow government policies to work there. Working hours are restricted and artists are not allowed to paint on the walls of their studios. Tenant protests erupted a few years ago when the government removed an anti-government artwork created in the Depot.

The landlady’s generosity gives young Hong Kong artists – those lucky enough to get a space – the chance to begin their careers. In the 18 months Lau has had her Foo Tak studio, she has shown her work in Hong Kong, Switzerland, Sweden and Austria. “The Foo Tak Building is very important to my art career,” Lau says. “Without this space I might have to work a full-time job because otherwise I couldn’t afford the space to work. This space gave me the opportunity.”

Now, with several exhibitions under her belt, Lau says her parents are finally coming around to the idea of her being an artist. 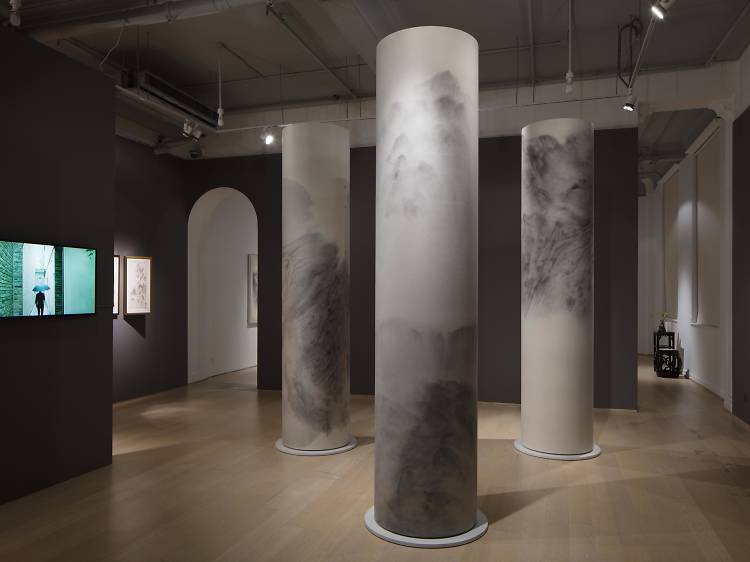 From local and international talents working in everything from photography to street art, find works by established and up-and-coming artists at the best art galleries in Hong Kong.