"I’m bored of art that leaves you cold and confused without any real exchange. That kind of art doesn’t work in my space anyhow."

Eunice Tsang talks to Stephen Cheng, founder of Empty Gallery, ahead of a retrospective exhibition of photographer Edward S Curtis

"A lot of people scream when they step out of the elevator,” a gallery assistant laughs. The reaction is understandable considering many people are afraid of the dark. Newly established in March, Empty Gallery is a 3,000sq ft space located by Aberdeen Harbour in Tin Wan. What’s so unique about it is that it’s almost pitch black, like a cinema. Do you suffer that feeling of discomfort when visiting a posh gallery? Well, concerns about putting on your game face or waiting for your friend who’s still in the other room evaporate in Empty Gallery. Here, it’s just you and the art.

Ahead of a retrospective exhibition showcasing American photographer Edward Curtis, Time Out explores the brainchild of Stephen Cheng, a man raising challenging and inspiring questions about what art can be.

Tell us about your background...
I grew up in New York during the early 80s. My father was a doctor and my mother an illustrator. It was a very fertile period, creatively, for the city and I’ve always felt that must have influenced me subliminally. My first conscious step in the direction of art was at Harvard. I joined the Department of Visual and Environmental Studies there. I was attracted by the building it was in, the Carpenter Center, which is the only building in the States designed by Le Corbusier. In the basement of the Carpenter Center I fell in love with the darkroom and art house cinema. I ended up studying the arts and continuing on that path until now. I came to the gallery business from the production side of art, so my interest and involvement in the art world is still growing.

How did you come to conceive the design of Empty Gallery?
I had the advantage of starting from scratch without any baggage. The ‘white cube’ gallery is a 20th century innovation and is central to the art of that period. In fact, the white cube stands for 20th century art and all the various movements and thoughts that were at work back then. Brian O’Doherty wrote a seminal collection of essays about this that were first published in Artforum in the late 70s. The world has changed a lot since then. If the 20th century was visual, the 21st century is virtual. We’ve seen it all, the eyes are exhausted. I don’t know about you but when I look at something I usually just feel blank. It’s not about looking anymore, it’s about experiencing. I wanted to build a gallery that was suited to immersive exhibitions and which could lead to some kind of full sensory experience in art. A space to return to one’s senses in a way.

How did Empty Gallery get its name?
I was originally going to use the Chinese characters ‘tai kong’ (太空), which means ‘extreme emptiness’. This word in Chinese relates to both physical outer space and a more spiritual concept of emptiness. It was a dear friend of mine who suggested I simplify the idea and just name it Empty Gallery.

What was the idea behind creating a black space instead of a white-walled gallery? Was the gallery somehow inspired by the theatre?
There are two aspects of theatre that were particularly influential on the gallery. The first is the ritualistic aspect of it because all art is magic and ritual. I wanted the gallery to have a ceremonial, rather than commercial atmosphere to it. The second is lighting. There are a lot of interesting scenographic lighting techniques that can be applied to a gallery context. Ultimately, the thing about black is it helps you to go in, to enter. It’s about the space behind, within and beyond. As opposed to the artificial isolation and spotless eternity of white, black is infinite and expansive. It is a space to merge with and experience art rather than look at it.

The gallery feels different from many others, with a strong sense of mission, or purpose. Is that accurate?
I think there are other galleries with a strong sense of mission too. Right next door to us is Gallery Exit, which is clearly on a mission to discover and support local artists here in Hong Kong and bring them to an international level. For me, Empty Gallery is really a question: Where is art heading and what art is vital now? I don’t have the answer yet, so maybe that’s partly why people feel a strong sense of purpose behind it. The other thing is – to ask the question I am asking – you have to take a very long term view that most commercial galleries can’t afford to take. Because ‘what art is vital?’ is not the same question as ‘what art sells?’. Eventually the answer becomes the same, but at the beginning there’s a big difference and maybe that’s also part of the difference you feel.

How does your gallery space affect your selection of artworks on show?
I’m not very interested in conceptual art that has no experiential element to it. Experience has to come first, that’s the biggest influence I feel the space has on my choice of art. It has to be work that is immersive and interactive. That doesn’t necessarily mean something with a screen or a button. It means work that changes your frequency, that takes a hold of you, that either has a contemplative aspect to it or a very visceral impact. I’m bored of art that leaves you cold and confused without any real exchange. That kind of art doesn’t work in my space anyhow.

Do you install works in the dark?
[Laughs] Yes! But we have house lights that provide some extra illumination when we install. A lot of the time we find ourselves using our iPhone flashlights. 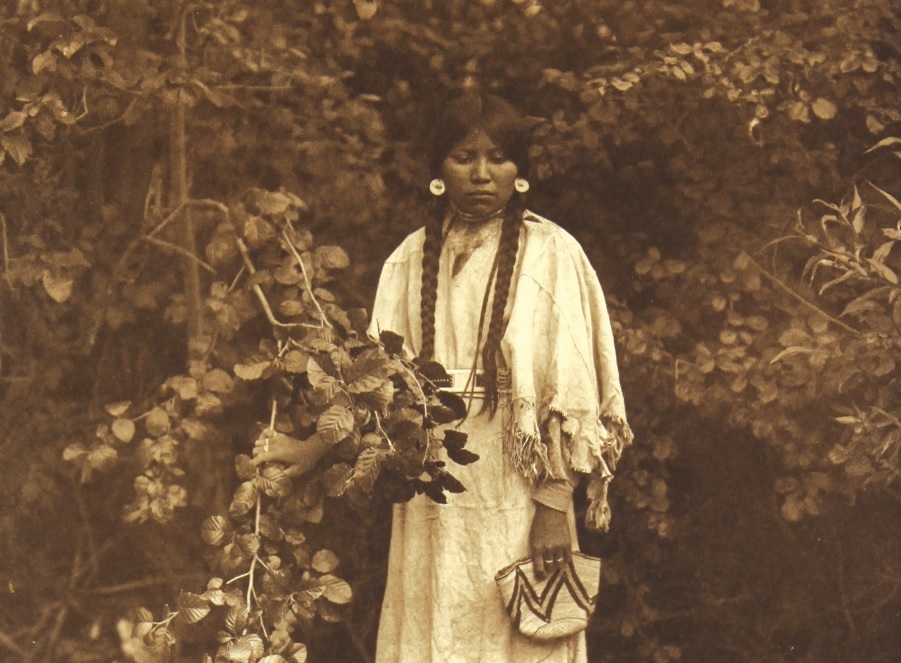 Why Edward Curtis?
Curtis is a very misunderstood and underappreciated artist. Also, I find his work has something to say to us now. We have chosen the path of technology over nature. Whether it is fictionalised, idealised or romanticised, his portrait of Native Americans is a vision of a way of life that is very different to our current one. A life in harmony with nature. It is the path that was sacrificed for ours.

What’s the meaning behind the exhibition title The Man Who Sleeps on His Breath?
Curtis slept on a very primitive air mattress on his adventures across the mountains and plains of America. The Native Indians named him after it. I think it’s a very evocative title. It makes me think of ghosts and dreams, which are very much what Curtis’s work is all about.

Can you talk about the soundscape by Valerio Tricoli?
Commissioning a soundscape to accompany the pictures is a way to bring the art out into the space, to make it more sensory and immersive. In other words, to create an experience. My programme director introduced me to Miseri Lares [Tricoli’s album] and there was an instant no-brainer connection to Curtis’ photographs. To say it simply, Valerio’s music takes you to an alien environment. His music is very transporting, in a multi-dimensional sense. We sent Valerio some of Curtis’ photographs that will be in the show and he loved them, and that’s how the commission started.

What other aspects of gallery-making are you going to explore?
I’ve always liked the idea of artist-run spaces, something really off-the-wall though. The kind of place you walk into and never know what to expect. The stranger the better. Every city needs a space like that, right? 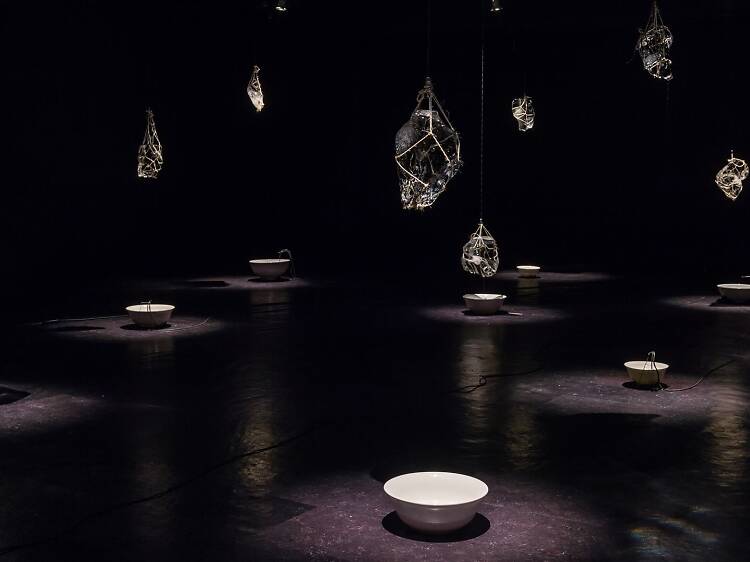