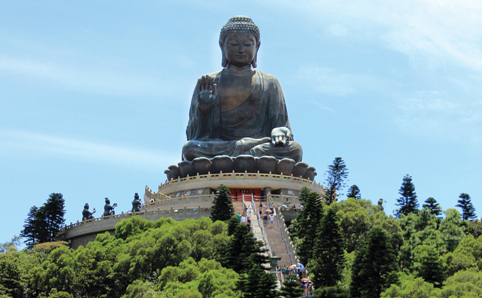 1 The Big Buddha Ngong Ping
The Tian Tan Buddha is pretty hard to miss. This 34-metre-high bronze statue was the largest outdoor sitting Buddha (until 2000), and took a whopping 12 years to plan and build. It’s said that on a clear day, the Big Buddha can be seen from as far as Macau. It attracts busloads of tourists, so visit early, and make sure you pack plenty of water for your 268-stair climb to the top. 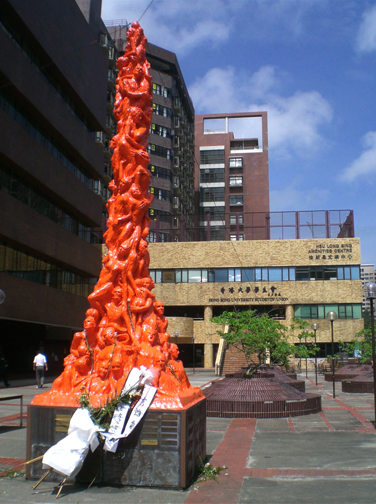 2 Pillar of Shame Pok Fu Lam
Created by Danish artist Jens Galschiot, the Pillar of Shame is part of a series of four sculptures, each signifying a major tragedy. Hong Kong’s Pillar showcases 50 intertwined bodies, representing those who lost their lives in China’s 1989 Tiananmen Square massacre. Originally located in Victoria Park, the pillar was moved to Hong Kong University in September 1998, and was painted orange on April 30, 2008, as part of The Colour Orange project to raise awareness about human rights in China. 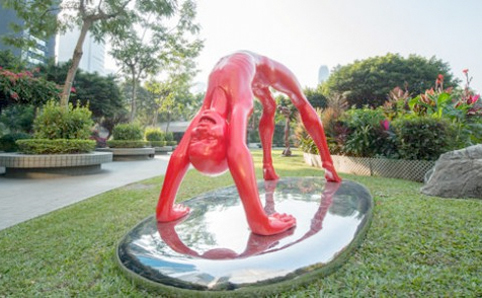 3 Rainbow Wan Chai
This statue of a boy doing a backbend is part of the Red Memory series of red boy statues by artist Chen Wenling. The statues were created in 2013 to bring, as the artist describes them, nostalgic childhood feelings of freedom, innocence and youth. You’ll see bits of Wenling’s work across the city but this guy is at Wan Chai’s Western Garden. 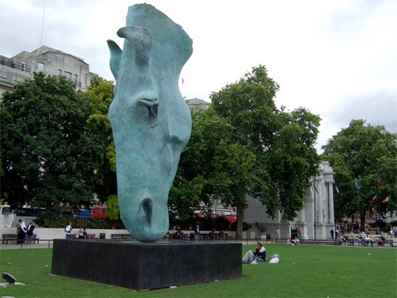 4 Horse at Water Quarry Bay
Adding to a collection of sculptures in Tai Koo Place is British sculptor Nic Fiddian-Green’s Horse at Water. Commissioned by Swire specifically for this location, the 16ft bronze structure rests on a pool of water below and is inspired by the horses of the Han dynasty. The cracks give the impression of age, and are said to symbolise great and lasting fortune for residents and visitors of the area. 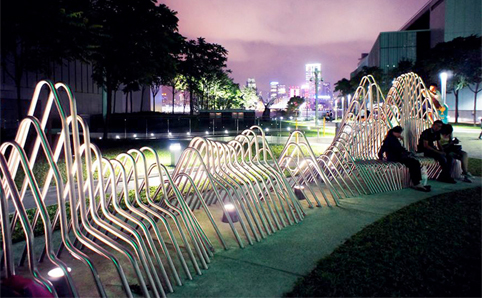 5 Soundscape Admiralty
Designed by Hong Kong architects Edmond Wong, Alvin Kung and Steven Ho, Soundscape is a modern, interactive sculpture located in Tamar Park. On first glance this piece of furniture resembles the silhouette of Hong Kong’s mountains, but its shape is a visualisation of the Chinese National Anthem. Not only is Soundscape interesting to look at, but the entire structure can be played like a giant xylophone, with the notes spaced out perfectly to produce the sound of the national anthem. 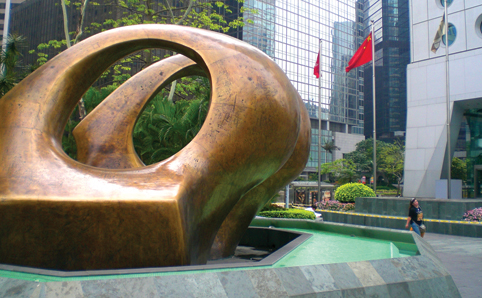 6 Double Oval Central
British sculptor Henry Moore’s Double Oval was originally placed in Connaught Gardens in 1977, and in 2008 was moved to its current position outside Jardine House. Its size is mesmerising for a centrally located statue, and while the two ovals look identical, they are actually reflections of each other. Much like yin and yang, this piece evokes feelings of balance and harmony and makes a great spot to reflect and enjoy your lunch.

7 Branches Quarry Bay
Part of the Park Déco art project in Quarry Bay Park. This series of bright orange, tree-inspired benches by Cyrus Chung blur the gap between nature and man. Designed to resemble a tree, each bench has twig-like pieces stretching from it, with an LED birdcage lamp attached. Visitors are encouraged to interact with this sculpture by hanging their belongings on the branches or by spending an afternoon resting there. 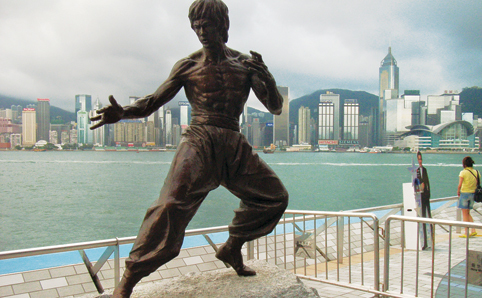 8 Bruce Lee Tsim Sha Tsui
Located on the tourist-packed Avenue of Stars in Tsim Sha Tsui, this statue was built after the Hong Kong Bruce Lee fan club raised US$100,000 to keep the legacy of Bruce Lee alive. It was unveiled in 2005, on what would have been Lee’s 65th birthday. See more of the kung-fu legend at HK Heritage Museums's Bruce Lee: Kung Fu. Art. Life exhibition. 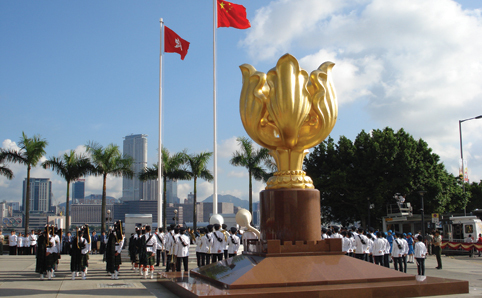 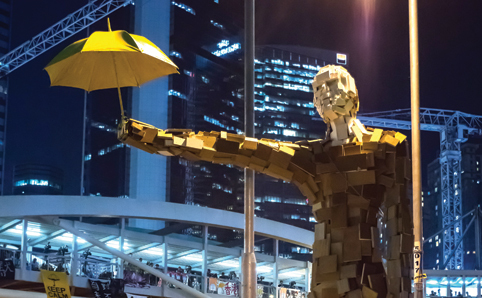 10 Umbrella Man Unknown
Designed and built by local Hong Kong artist Milk, Umbrella Man became a symbol of the Occupy protests. Standing 12-foot-high and made from blocks of wood, he holds out a yellow umbrella with a white face to represent the pepper spray. Umbrella Man was first seen in Admiralty back in October 2014 and before the streets were cleared it is believed that the statue was moved to safety, though its current location is unconfirmed.