Gaming dependency is often a cause and effect of poor academic performance, family problems and mental health issues. Hannah Hodson investigates its repercussions on the city’s youngest generation and whether it links to a recent spate of student suicides

From commuters engrossed in Candy Crush and Clash of Clans advertisements wrapped around buses to television commercials for the latest console, video games are everywhere. Indeed, where gaming was once the preserve of geeky Dungeons & Dragons obsessed basement dwellers, it’s now rapidly becoming the norm. But how is this affecting the city’s youngest generation? When does a little down time to play a game turn into something more sinister? As it stands, there is no such thing as a diagnosis for gaming addiction – or, as it’s more commonly known, gaming dependency – but with more and more people, particularly teenagers, devoting their free time to playing games, psychologists and government health organisations are tuning in to the issues that hours spent gaming can cause.

In the most recent addition of the Diagnostic and Statistical Manual of Mental Disorders (DSM-5), gaming dependency was identified in section three as a condition that needed more research before it could be categorised as a formal disorder. Psychologists and families dealing with teenagers suffering from the results of a dependency on gaming are therefore treading uncharted waters. However, it’s a condition that an alarming number of the city’s teenagers are estimated to be suffering from. According to a study conducted by the University of Hong Kong, approximately 15.7 percent of the city’s 11 to 18-year-olds are suffering from gaming dependency. This figure is considerably higher than that of other developed countries: approximately 8.7 percent of Singaporean students have an addiction to gaming and just eight percent of American teenagers are thought to suffer.

Speaking to Matt Biegala, a psychologist and specialist on gaming and internet addictions, it is understood that the dependency is often more of a symptom, rather than a condition on its own. “I had one patient whose parents brought him in with what they thought was a gaming addiction, but it was really just what he did to escape marital problems,” Biegala tells us. “His parents were constantly fighting, so he would retreat to an easy form of escapism – gaming.” Indeed, in a city where physical space is limited, the expansive opportunities available in the infinite digital realm of the internet offer adolescents an easy way to relax. In itself this isn’t an issue, but, as Biegala adds, ‘it’s a problem when this becomes the sole source of their happiness’. When I ask some of my clients what they enjoy aside from gaming,” he says, “many of them say sleeping. And that’s it. Those are the only things that they enjoy.”

"Little communication at home, with parents busy with their smartphones, teaches kids that this is normal behaviour"

Though societal and academic pressures can lead to a variety of dependencies, be it alcohol, drugs or gaming, Hong Kong life seems particularly adept at turning teenagers on to gaming. Biegala explains: “Research shows that internet gaming disorders are more prevalent in Asian countries than in North America or Europe. Smartphones with 4G are much more common in Hong Kong than in other parts of the world.” He adds: “It’s usually a combination of biological, social and environmental factors that contribute to the development of technology dependency. In Hong Kong, it is academic pressure and the sheer amount of after-school tutoring lessons that contribute. For many, organising an after-school meeting with classmates is a logistical challenge, so they meet and talk through online games. Little to no communication at home, with parents themselves spending all evening busy with their tablets and smartphones, also teaches kids that this behaviour is normal, and encourages them to retreat into games.” 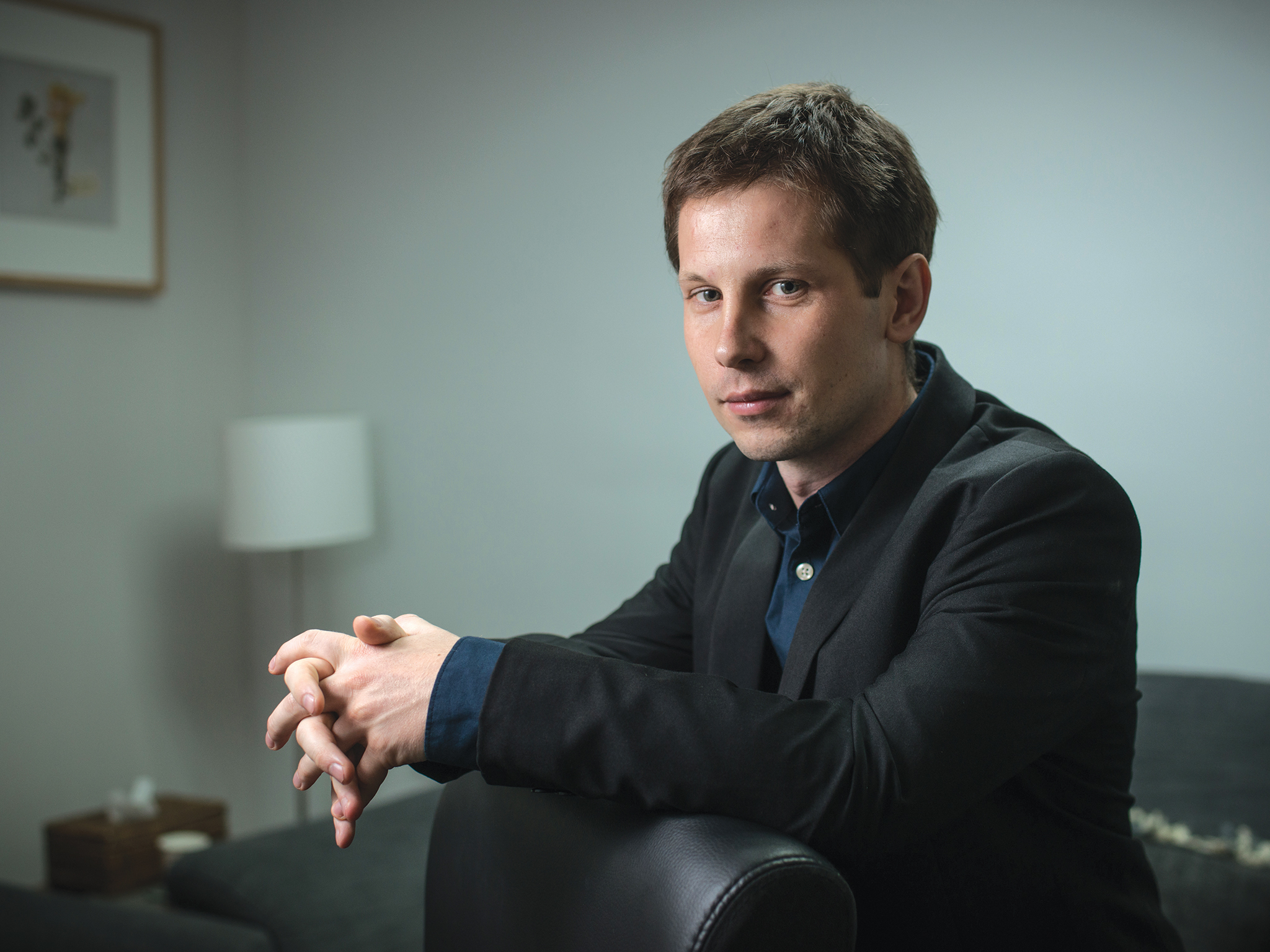 Technology has not just altered the way we spend our time at home, however. Workplaces and educational institutions have also become more and more reliant on the use of computers and the internet. “Most homework and home study at international schools requires working on a computer and is just one click away from the tempting world of online games,” Biegala states, before informing us: “Gaming dependency also goes hand in hand with other increasing forms of technology dependency such as compulsive use of social media, constant news and email checking arising from the fear of missing out.”

Chris, a 14-year-old student who is currently working with a councillor to treat his gaming dependency, discusses why he turned to gaming and the impact that it has had on his life. “There isn’t much else to do here and playing Warcraft is much more interesting than school,” he says on why he turned to gaming. However, he adds that this is starting to have greater knock-on effects in other areas of his life. “I started to notice my friends were not hanging out with me any more and I don’t sleep as much.” Insomnia is often a symptom of spending too much time online, brought about by blue light, the artificial backlighting used on computers and smartphones. By employing far more unnatural light than natural, blue light affects the body’s circadian clock and natural sleep cycle. Sleep deprivation is also felt by 13-year-old Deb, who explains that ‘because I like to spend so much time playing these games, it cuts down my studying and sleep time. I guess it’s made my grades fall a little’.

Excessive gaming not only affects sleep cycles. It can actually have long-term effects on the brain’s frontal lobe. Psychologist Mark Gandolfi explains: “The current research and machines we have at our disposal to examine the brain, such as PET scans and FMRIs, tell us that excessive use and exposure to technology impacts both the structure and function elements of the human brain; although we are still debating on what is ‘healthy and normal use’ of technology.” He furthers this by saying: “Some studies will show a structural change in grey matter areas of the frontal lobe that may impact the brain’s function with empathy and poor impulse control.”

The landscape of gaming has changed drastically over the years. While early phenomena like Super Mario, Sonic and Pokémon remain popular, many games in 2016 are deliberately designed to be addictive. In-game purchases and unlockable content have created a culture of endless gaming. There are games that require people to wait so that they can get certain bonuses. This means that people are constantly checking the countdowns in the game. It becomes a constant backdrop by which certain individuals live their days. Biegala explains: “Nowadays, games are being played online with other players and if you decide to stop you might lose your game inventory, drop in ranking or even be banned. Sometimes you can’t play with your friends unless you reach the same level.” He adds: “I had a client whose classmates had higher levels in a game and he was up playing the entire night just to get to the same level. Need for belonging to a social group is one of the major motivators for kids and teens.” Many people see gaming as anti-social but really, in many ways, it’s mimicking the fundamental social functions and hierarchies of the playground – the need to make friends, be part of a group and be better than others. It’s the playground of our youth, digitalised and monetised. It’s sinister, but it’s also just what kids have always done.

Along with playing for hours just to reach certain levels for social reasons, there are financial costs involved. Biegala shares his insight on this: “Modern games allow kids to gamble with real money. In Counter Strike, kids can buy an inventory of weapons, such as knives, and then either trade or gamble through roulette or coin flips. Kids and teens can spend thousands of dollars on in-game gambling. Unfortunately, they often steal this money from their parents.”

We are a society privileged enough to have access to some of the most modern technology in the world. However, this, paired with academic and societal pressures unique to our city, is causing a rapid increase in internet and gaming dependencies. Unlike South Korea and China, Hong Kong has experienced few gaming-related suicides over the years. However, without dedicated support from government agencies and parents alike, it could be just a matter of time beore this changes for the worse.

For more information regarding gaming dependency, visit the Department of Health website at dh.gov.hk.