Put out to pasture: Should Hong Kong scrap its retirement age?

The Chinese University of Hong Kong’s Institute of Ageing says the government and firms should scrap their retirement age for employees. Would such a move improve the elderly’s quality of life or keep them working til their last breath? Rachel Lau investigates

Japan constantly makes headlines because of its ever-increasing elderly population, which is currently the largest in the world. As more and more of its citizens live deep into old age, journalists and experts proffer dire warnings about what this means for the Land of the Rising Sun, mainly flatlining economic growth and public health services suffering increasing strain. The World Economic Forum has cited rapidly ageing populations as the next major issue for younger generations.

These problems might seem distant but they could affect Hong Kong sooner than expected. Our city’s own elderly population is also increasing rapidly. Fewer couples than ever before are giving birth and even when they do, they are having fewer children and at older ages. Because of this, according to the latest census from 2011, currently around 17 percent of our population is age 65 and above. This number is only going to increase and is projected to hit around 32 percent by 2041. Compounding this, life expectancy is also advancing. Currently 81 for men and 87 for women, by 2041 these numbers will stretch to 84 and 90, respectively. But will Hong Kong be able to support a larger elderly population if there are fewer and fewer young workers? 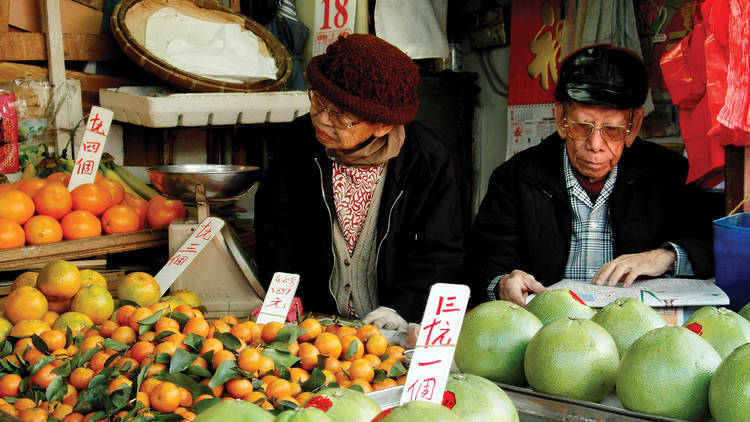 Professor Chan Kar-choi, a lecturer at CUHK’s department of social work, who specialises in gerontology, tells us: “In terms of the society at large, I think Hong Kong’s productive force is dwindling because of this population change. In order to maintain enough people to engage in the labour force, it makes sense to expand the retirement age.”

Initially, general retirement ages were set in certain companies to make room for younger generations. Employers wanted to provide opportunities for younger workers and rid the apparent income inequality between generations by allowing, and in some case forcing, older, supposedly less productive employees to retire. However, since positions have become less physically challenging, Chan suggests that older workers can continue working despite their advanced age. In fact, he suggests: “Since they already have the experience, they have the knowledge and they have the expertise, employers should view elderly workers as an asset.” Furthermore, adds Chan: “If people continue to work past the average retirement age, research shows that those workers tend to have better cognitive health. Their work requires them to continue certain cognitive exercises, which prevents their cognitive health from declining faster than it should.”

Dr Mak Kin-wah, chairman of the Hong Kong Society for the Aged (Sage), agrees with this perspective and says that an ageing population working past the typical retirement age could be a triple win. “It’s a win for the employer, a win for the community and a win for the individual person. The elderly are probably more patient. They’re more experienced and more educated, so they’re actually good employees. In Hong Kong, especially, where our economy is not really based on hard labour and is instead based on knowledge, this group of people can certainly contribute and pass their experiences on to the next generation of workers.”

However, corporations are often reluctant to keep retirement-age workers since they come with high salaries that cost a significant amount in the long run. Dr Mak argues that, ultimately, employers will have to overlook this:, “The workforce in Hong Kong is projected to decline and GDP growth is partly based on the availability of labour. That means the community as a whole will face an increasing slowdown of the economy unless we’re able to unleash the resources represented by people in their 50s and 60s.”

Currently, the elderly in Hong Kong represent a particularly vulnerable population who could benefit from working more years. Although workers have a Mandatory Pension Fund that they contribute to monthly, this is not enough. One-third of the elderly population in Hong Kong live below the poverty line and that number is set to rise. Professor Wong Yu-cheung, an associate professor at CUHK who specialises in retirement protection systems, is another who argues that because of these income inequality issues, elderly employees should be free to decide when and how they leave their job. “If a company or a government or any public body introduces a mandatory retirement age,” he says, “actually the power is given to the employer to force their employees to leave their job earlier or to accept a lower salary.”

Because of the rapidly escalating cost of living in Hong Kong in conjunction with dismally small incomes, Wong estimates that 80 percent of elderly people have not saved enough money for retirement. So what can be done? Research suggests that the solution to this issue is two-fold: we need both a flexible retirement programme for the elderly and the adoption of a universal pension plan. 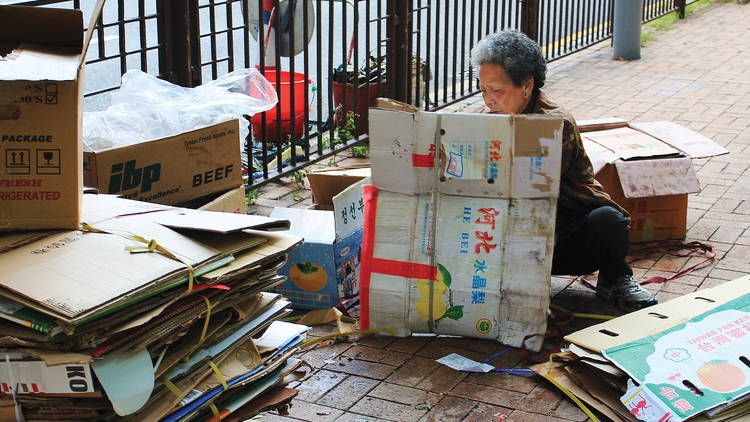 Regarding a new type of retirement, Dr Mak has a suggestion. “We should encourage people to take flexible roles during their retirement, whether it’s full-time, short-term employment or even volunteer work,” he says. “We need to find a way for people to continue to contribute in their different life stages. Currently, training is rarely provided to people over 50 and even if you go to the retraining board, they’re addressing people in their late 40s. Companies don’t know how to deal with old employees. They think that the only way to promote younger people is to take out these elderly people and retire them, but that’s not true. Overseas, we often see that people in their 50s move into a different role, like training younger people. They can continue to contribute and might even move on to part time roles.”

Professor Chan recommends retraining programmes, along with more self-determined schedules. “Perhaps a flexible work schedule, different types of work and a restructuring with different compensations will be beneficial” he says.“ If we allow the elderly the flexibility to remain in a position that they are capable of doing, that could actually help to maintain their financial, physical and cognitive health, which overall is of great benefit to society. It relieves the government of the burden to take care of so many people in later stages of life.”

Professor Wong worked on a team that advised the Chief Executive to adopt a $3,000 universal pension plan. Although around 60 to 70 percent of the population support this proposal and it could be funded by just a 1.9 percent increase in corporation tax, the scheme has been delayed for around a year. Officials seem married to the concept of small government and, some argue, apparently have no desire to set up this massive pension system. But with Hong Kong ranking next to last in terms of pension coverage in the world according to the Chinese University Jockey Club Institute of Ageing and with a growing segment of the elderly falling below the poverty line, should the government be doing more to help? Are the dire editorials about Japan’s social welfare issues, public health problems and shrinking economy forewarnings of issues that could plague Hong Kong if we do nothing?

For more information visit the Chinese University of Hong Kong’s Institute of Ageing homepage at ioa.cuhk.edu.hk.