Your guide to proper tipping etiquette

Taxis
Hong Kong drivers have never benefited from anything like the socially mandated big tips of the US, or the discreet generosity most Londoners extend after a black cab journey, but a bit of controversy did emerge around Hong Kong taxi “tipping” early last year. Following the fare hike in December 2008 that resulted in many fares ending in 50 cents, passengers began to notice an inclination on the part of their drivers to keep the change. Crunching the numbers, the SCMP estimates that the new fares resulted in Hong Kong’s 15,250 urban taxi drivers taking home an extra $2.28 million between December of 2008 and March of this year. So does letting your taxi driver “keep the change” constitute an acceptable tip? Local taxi driver Li Chi Man told us that on an average day he gets 30 fares. The vast majority of his passengers leave him the 50 cents change, but very few tip anything more, and he doesn’t really expect it. 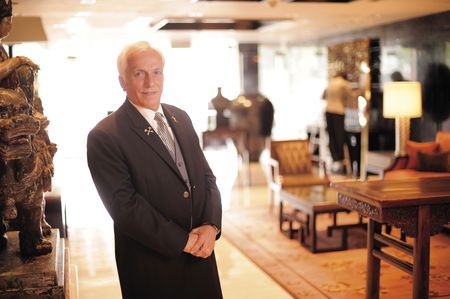 Hotels
The grand old hotels of the West present the classic tipping scenario: a little something for the white-gloved valet here, a few bucks to the bellhop there, and a couple of cool bills to the concierge for a sterling dinner recommendation. Is Hong Kong the same? Giovanni Valenti (pictured above), chief concierge at the Mandarin Oriental, with over 30 years of experience in the hospitality industry, gives this advice to local luxury hotel guests. “There’s no obligation to tip at hotels in Hong Kong. The bell boy taking your luggage to the room, room service, spa masseurs – if they give you beautiful service, then you can give them a little something. But salaries are stable enough that employees don’t rely on tips. It’s at your discretion.” The doormen we spoke to at some of the city’s big-name hotels were less coy about their expectations. “For me it’s kinda expected,” says one at the Shangri-La. “It comes with the job.” So how much should you tip for say, having your bags carried to your room? “Something around $20,” a bellhop at the Conrad tells us. Valets and room service also hope for a little something extra in the range of $20-50, whereas toilet attendants will be glad to get a few dollars after your hands are dry enough to dip in a pocket. 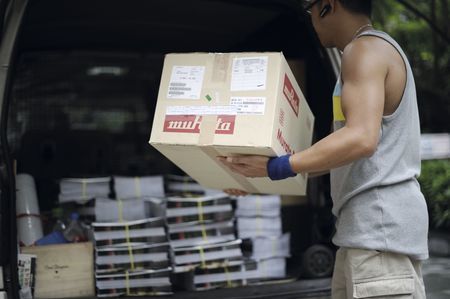 Movers
When it comes to the house-moving business, tipping appears to be a regular perk of the job. According to manager Ricky Wong of Imperial Relocations, on average, around 90 per cent of clients tip upon completion of a job. While the amount depends on the client, the usual sum works out to about $50-$100 per person. Ricky is careful to say that ultimately it’s up to the customer to decide whether or not to tip their mover. “Not getting a tip is expected, getting one is a bonus,” he says. That said, part-time movers from smaller companies do tend to rely on tips to supplement their salaries which are considerably lower than those of full-time employees. 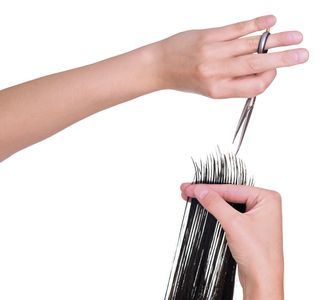 Beauty services
Fancy throwing your stylist an extra $50 for that great dye job? Well, she’s probably expecting it. Tipping is common practice at most Hong Kong hair salons. Many hairdressers will even have specialised tipping boxes for their stylists. “50 to 70 percent will tip,” says senior stylist Chris Ma at The Hairdressers in Central. Elaine at Human Salon in Causeway Bay says that it “helps inspire us to work harder.” Salons typically see tips of around $20-$50 from local customers, while expats tend to pay anywhere from $100 to 10 per cent of the total bill. Most salons have pre-established systems for divvying tips between stylists and hair-washers, so you can leave that bit to them. The custom also extends to the spa sector, where typical tips range from $25-50 per treatment, with a little more for involved waxes and such. 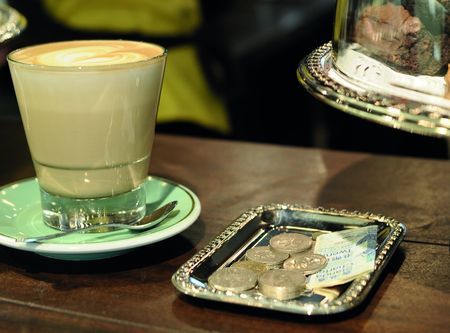 Cafés
Whether it’s a glass jar, silver tray or wooden box, nearly all cafés employ some sort of tip cup. But baristas are by no means banking on your benefaction. Our broad screening of chain cafes, independent coffee houses and upper-floor Hong Kong-style cafe hangouts, suggests that tipping is fairly infrequent in this sector. “It’s not very common. About 20 per cent of people tip”, says Kiran from Kosmo Wellness Café. Diana from Café Corridor in Causeway Bay says tips are fairly sporadic, but “we do get enough to pool them at the end of the month to buy snacks for the team.” Many baristas also note that foreigners tend to be the best café tippers, “it’s mostly the foreign people,” reports Ashley at Starbucks.