With the return of award-winning martial arts dance drama Storm Clouds and the reinterpretation of a Chinese literary classic in Reveries of the Red Chambers, the Hong Kong Dance Company’s upcoming 35th anniversary season is set to be a belter. Highlighting the themes of ‘conversation’ and ‘localism’, expect a diverse and exciting programme of performances to hit the stage. The HKDC’s artistic director, Yang Yuntao, says the season aims to celebrate Hong Kong culture and generate conversations around identity with audiences. It’s all about, he says, ‘the idea of pushing the boundaries of artistic exploration’ and introducing people ‘to the new and refreshing’.

Yang tells us he feels strongly about representing local culture in the upcoming HKDC performances. “As an artist,” he says, “when I first came to Hong Kong, I strove to look for the distinctive features of Hong Kong culture. I came across these martial arts comic books and thought they were very special.” Yang, who moved to our city from the Mainland more than a decade ago, is referring to Storm Riders, a martial arts comic that ran for 25 years. Created by Ma Wing-shing, the series was published in installments and came to an end just last year. And it’s perfect fodder to inspire the dance adaptation of  Storm Clouds. “The story, the imagery and the action in the comic are all fantastic elements for a dance drama,” explains Yang. “But, most importantly, it’s quintessentially Hong Kong.” 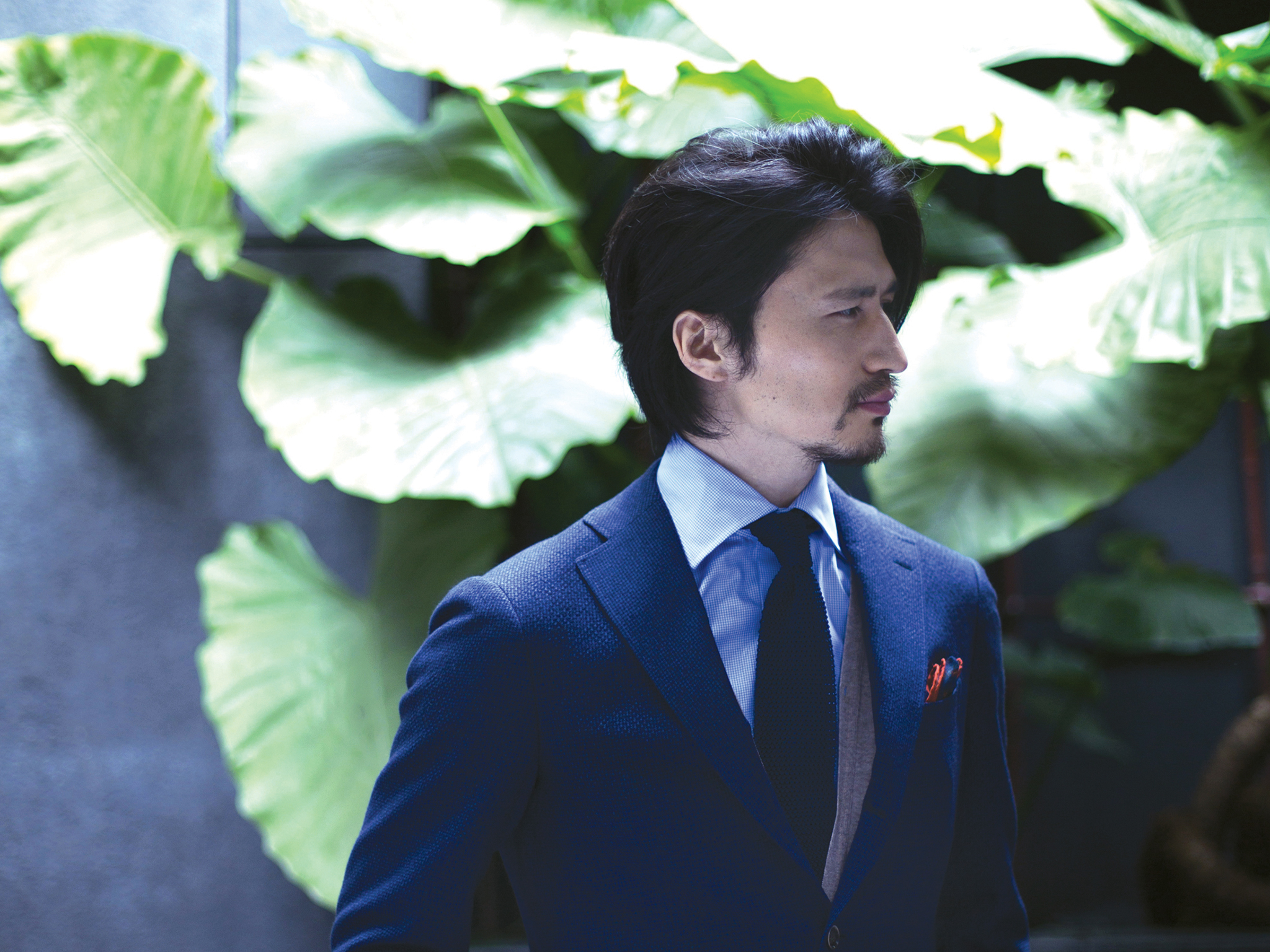 What started as a fascination with the Storm Riders story of two hot-blooded teenagers eventually became the Storm Clouds dance drama a few years back, thanks to Yang and his team. It was then staged in 2014 to huge acclaim, later winning three prizes at the Hong Kong Dance Awards 2015 and setting itself up for another run this summer. Yang, of course, was delighted with the praise from fellow professionals in the industry, hence the new-look show. “The comeback of Storm Clouds,” he says, “is not merely a reprise, though. It’s an opportunity for us to fine-tune and perfect our previous performances, so we can give back to members of the audience who supported the show.”

Yang urges those who have seen the piece to watch it again so they can experience the differences themselves, not least with the newly enhanced special effects. And he doesn’t stop there. He says that, following up on the success of Storm Clouds, ‘of course we will have to do Chinese Hero’, which is another martial arts comic series by Ma Wing-shing. “If we didn’t,” he says, “I would feel that the crossover between dance and martial arts comics in Hong Kong is incomplete. When you’ve started something, you’ve got to finish it properly.” 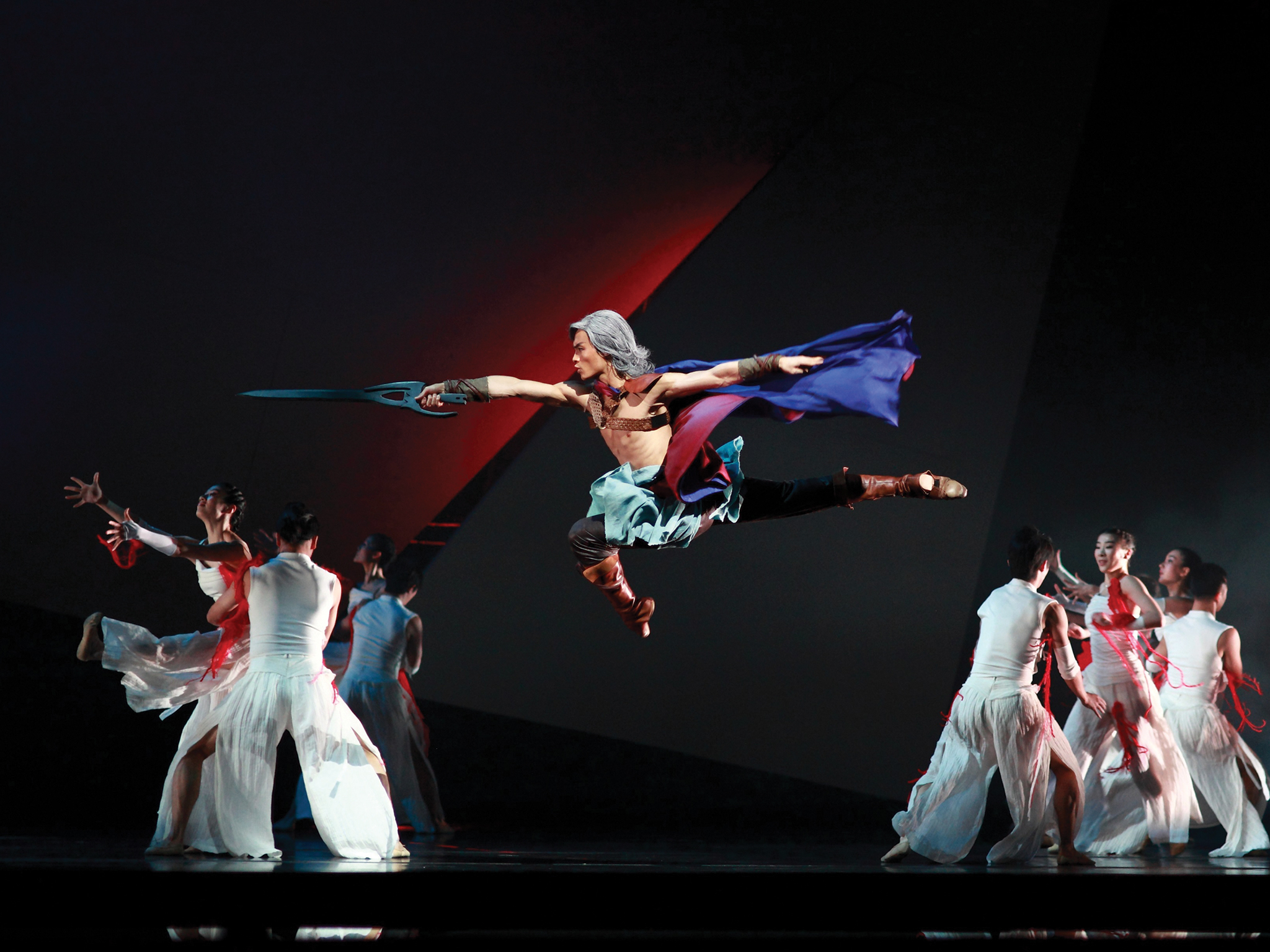 Yang reckons that the HKDC has explored many performance styles in the past 35 years but he says it’s now time to focus on a single theme. “During my time here as the artistic director,” he says, “I would very much like the HKDC to concentrate on the local culture of Hong Kong. I believe fixed efforts are beneficial for artistic creativity and it’s really a juncture to be able to stimulate local culture this way. I’ll do my best while I’ve still got the chance!”

Dance dramas like this which are based on popular comics or stories are an opportunity for audiences to see the characters they love in the flesh. It’s not unlike the appeal of Marvel’s Avengers movies. Yang says, though, that the success of Storm Clouds isn’t just down to recreating the actual looks of the martial arts characters. It’s about recreating the way they move. He points out that martial arts and dance can be pretty similar. “I feel that our dancers bear very close resemblances to the original characters in this way,” he says. “In a sense, they both rely very much on movements rather than spoken words as a mode of communication, like sprinting, jumping or flying. It’s much easier to interpret these through dance than in, say, a film adaptation.” Unsurprisingly, as well, Storm Clouds has drawn in a new group of theatre-goers, often younger than the average fan. Yang enthuses: “It’s our dream to bring more people to other sorts of dance performances and to promote dance to people. This is why we have the HKDC. It’s our responsibility.”

Another highlight of the season, Reveries of the Red Chamber, is an entirely different performance. It’s not a dance drama per se. It’s more like three different contemporary interpretations of the Chinese literary classic Dream of the Red Chamber. It’s been created by Yang, along with dance doyenne Helen Lai and theatre artist extraordinaire Ho Ying-fung. Written by Cao Xueqin and published in 1791, Dream of the Red Chamber is about the rise and fall of four prominent clans in a fictional dynasty in ancient China. “Despite the fact that we’re not creating a unified performance but, instead, three different views on the classic,” says Yang, “means there is chemistry among us and our creations.” 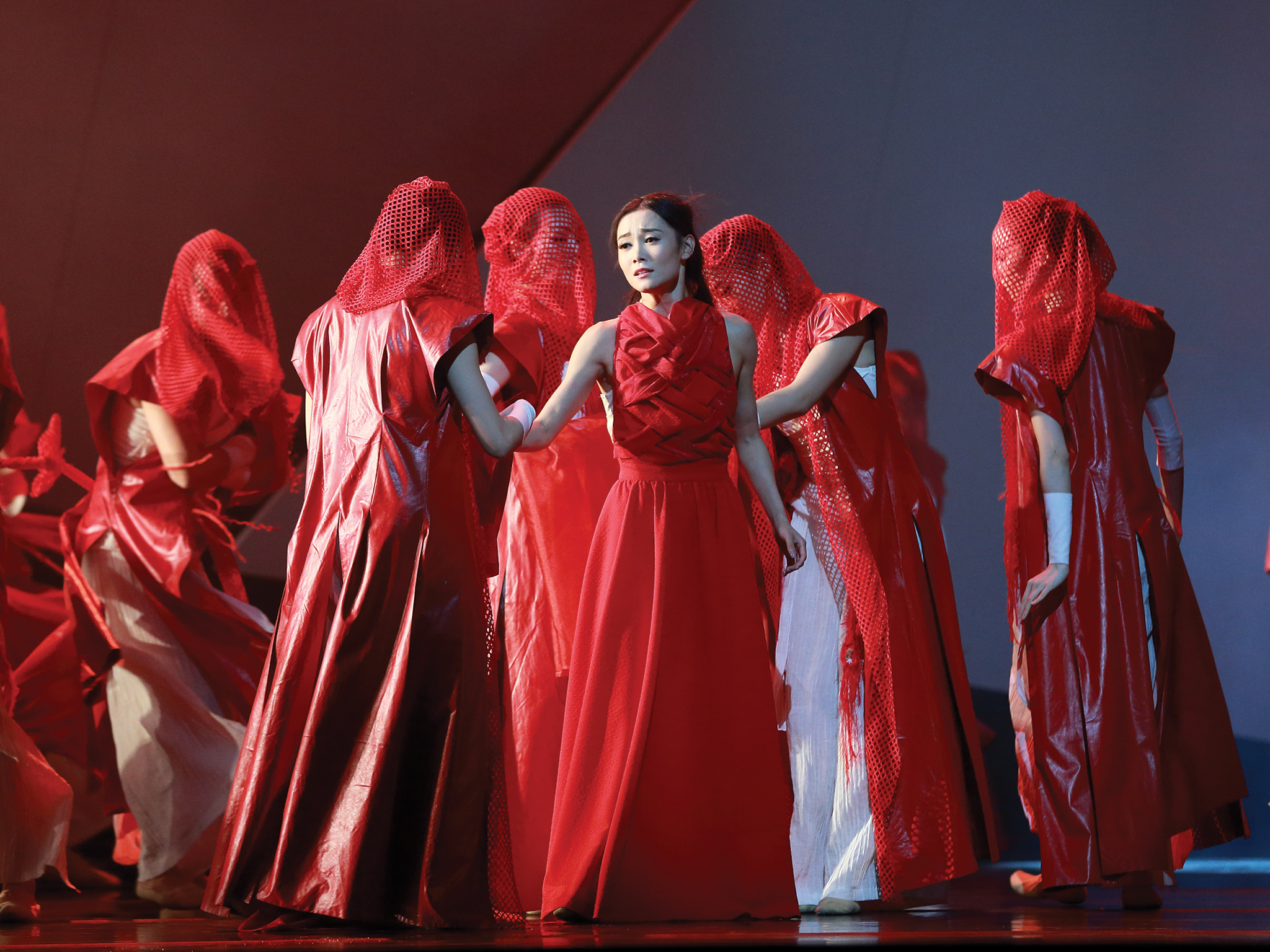 To Yang, the Red Chamber performance is, in essence, a conversation between the artists. The audience becomes bystanders to these conversations, observing the story as it unfolds, without knowing what’s exactly in store for them. “Although we’re not talking directly to the audience,” says Yang, “I believe that’s a form of communication in itself and that some members of the audience do prefer this mode of performance. Exchanges of ideas are very interesting in that sense. It doesn’t have to be direct.” This marks a stark contrast to Storm Clouds, where the artists engage the audience in the conversation directly. “By using a comic from the local culture with which everyone is familiar,” Yang tells us, “those performances are for people to discover how the comics are rendered and appreciated in dance.” In contrast, in Red Chamber, Yang hopes the audience will converse with itself. “We communicate with ourselves,” he says. “It’s complicated. As members of the audience, when you watch a show, you’re communicating with yourselves. You’re asking questions like ‘this is great but why is that?’”

By rendering the performance in such a format, Red Chamber extends beyond dance. Yang realises this might not please all audiences but he says: “We are, after all, an arts organisation. We need to realise artistic explorations. We can never give up. Otherwise, what distinguishes us from the commercialised entertainment industry? Hong Kong definitely has enough of those. I think this is the responsibility of arts organisations within a society. They are not there merely to satisfy needs or cater to tastes, but to lead and introduce the audience to new concepts.” Yang adds to this by saying that some potential audiences may worry that they ‘do not understand dance’ but he points out that movements were, in fact, the way humans communicated before we had verbal interactions. He says that, in appreciating the body language of the dancers, which are, in turn, complemented by music and costumes, ‘we’re returning to the basics of communication’.

Expect packed houses at both Storm Clouds and Red Chamber this anniversary dance season, starting with the former at the HKCC between June 24 and 26. Also expect much interest in other shows later on in the season, like traditional Yunnanese folk performance Kaleidoscope of Dance and contemporary experimental dance piece 8/F Platform X, as well as children’s dance drama Saturday Whispers. Yang invites both newcomers and regular theatre-goers to catch all the shows as he says it’s all about creating ‘different experiences for audiences’. That goes for Storm Clouds first. “Just try it out,” he says, enthusiastically. “You’ve got nothing to lose.”