My Account My Profile Sign out
My Account
Search
Worldwide Asia Hong Kong Ask the experts: How to find the right school for your child in Hong Kong

Searching for schools in Hong Kong can be a daunting task. How does play centred learning work? What should you consider when looking at bilingual education? And how exactly should you be doing applications? We chat to four leading educational experts about how to choose the right school for your child. 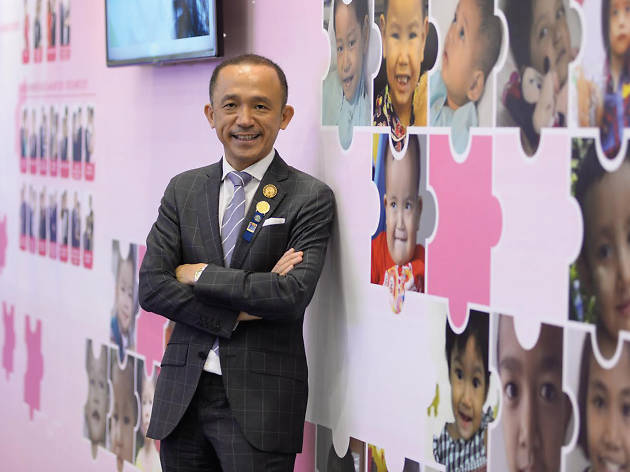 Most kindergartens go for a play centred approach. Do you think that this is the best way to teach young children?
Absolutely. When it comes to children they aren’t aware of whether something is difficult or not. So, if something is difficult but fun they’ll stick at it. But if something is easy but boring they won’t do it. Right brain education is therefore very important. When you’re using the right side of the brain you’re relaxed and having fun, so you’ll remember things much more quickly.

How long should a child of kindergarten age be spending at school?
Well I think how long a child spends in school each day depends on what he or she has after school, as well as on the quality of the school. If a school has the facilities to offer extra activities, such as Kung Fu or choir practice, it’s best for the child to stay in school for a full day. Otherwise, if you send a child to a half day school they’ll be running all over Hong Kong for extra curricular activities afterwards anyway. It’s best to just keep them under one roof. The child needs to bond with the premises and the people. The thing is, that in Hong Kong most parents work full days, so children are then left with their helpers at home and despite helpers being absolutely marvelous people, they’re not teachers, so keeping the child with the helper all day doesn’t always help. But it’s very dependent on the family situation.

What should parents be asking when looking for schools for their child?
Number one for a teacher would be ‘How long have you been in the industry and why did you choose to become a teacher?’ The motive is very important, you need to get a sense of their passion. You also need to understand what the school’s vision and mission is and then ask people in the school about it. This should come easily if they have a clear understanding of the school’s vision and are taking it seriously. 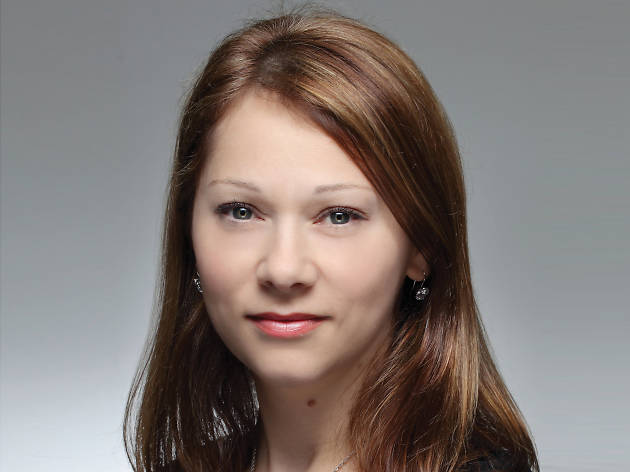 What made you decide to set up Top Schools?
I guess I just saw an opportunity. There’s nothing quite like what we do. We serve a real purpose in the community. The system is really complex, so often parents need help being guided through the process. If you’re looking to choose a private school here in Hong Kong, there’s just so much choice and there’s so much money that’s misspent.

How is money misspent?
We just did a little analysis and figured out that the average parent spends about $21,000 on applications for just one child. We would never advocate that a parent should spend that much on applications. So a very simple tweak to the whole process, which is something that we would do for our clients, is to create focused applications. You don’t need to do six - that’s almost always too many - we’d recommend three to four max.

Do all schools require application fees?
Yes. Pre schools charge anything between $40 and $8,000. But normally the bigger international private schools charge $1,000 upwards. So, the one thing I’d like to change about this system is the amount of misspent money. Of course there'll be times that you absolutely have to pay this, but only when you’ve done the thorough research and understand that it’s worth spending. But most of the applications are just random – there’s not much thought going into them.

Bilingual education is becoming more popular, how do you advise parents looking at this route for their children?
This is an area close to my heart. We have so many parents who come to us who want ‘strong Mandarin’, but what does ‘strong’ mean? You’ve got to first define that because it’s a relative, elastic term.

Also, to what extent are you as parents willing to support your child learning Mandarin?
It’s a lifestyle choice, not just a school choice. You can’t just dump your kids in that school and say, ‘Okay, well the school’s going to take care of this, my child’s going to learn Chinese,’ especially when you don’t have the support at home. It’s difficult. In the younger years you just have to suck it up and get tutors. You just really have to make sacrifices. 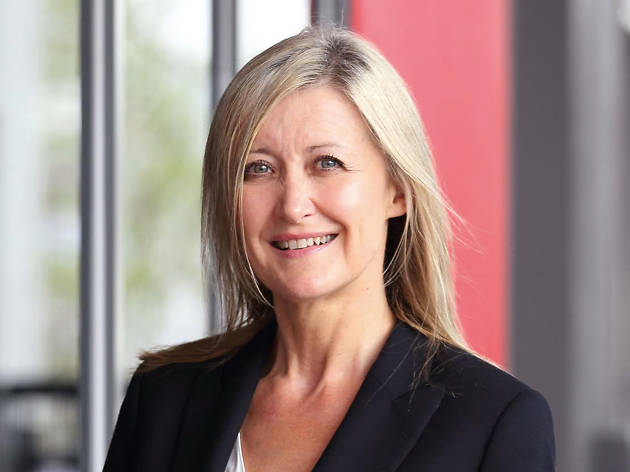 What’s the best way for parents to get a feel for a school that they may be considering for their child?
I think it’s really important for parents to visit the schools and to go into classes as well as receiving a tour. In addition to having a range of questions to ask, I think they should be looking themselves to see evidence of the school’s values and the school’s mission. They should be looking at what’s happening in the classroom. Are children actively engaged? Are they enjoying learning? Then I think they need to ask the school about how they organise the learning and how they meet children’s learning needs and interests. Obviously the parents would be interested in the school in terms of performance, so they’d need to look at what school values in terms of students’ achievement. Are they just looking at academic results, or are they looking at standards that the school achieves in a broader context? For my children I’d certainly look for a school that not only has high academic standards, but also offers a range of opportunities for wider achievements.

With kids who have very different interests, do you think it’s good to separate them?
I think a really affective school meets the needs of all students. If parents find a really effective school then the school should cater for the differences in families. The only time I think that a family would be right to consider different schools is when a child may have complex learning needs. But I think for siblings and families to feel connected and part of the community there are advantages to childrn attending the same school.

A lot of kids in HK transition between schools. How do you think they’re best supported in this process?
I think it can sometimes be overplayed. I think most students moving from primary to secondary look forward to a change and often go with friends. I think it is maybe different for students who move into Hong Kong, particularly if they’re a bit older and they’re leaving their friends and all that they know in their home country. It all comes down to having really good communication from the school that the child is leaving to the school that the child is moving to, to try and make it as seamless as possible. 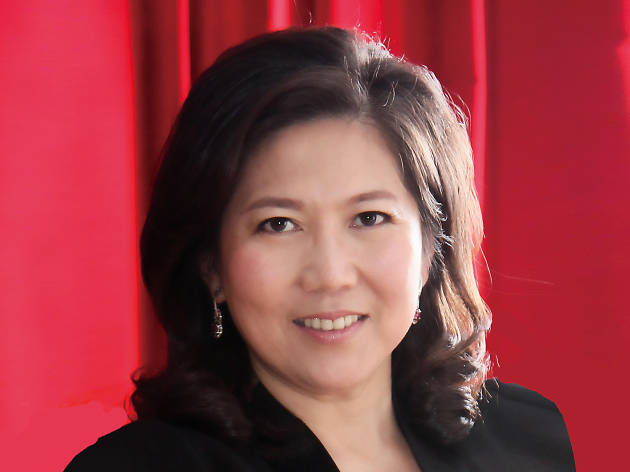 How has early years education changed since you started?
Education is like a pendulum. A lot of the time it swings from the traditional to all of a sudden being very progressive – currently I think it’s leaning to a more traditional approach. Additionally, kindergarten is being talked about a lot more, parents want their children to have as much of a head start as possible. Parents seem to be planning right from the word go, sometimes even before the mother’s pregnant!  Whereas, in the past, they would look at options when kids were one or two years old.

Early years education is very centred around play. How is this structured?
Play is part of children’s language, so it’s a great way of communicating with them. Take flashcards, for example. If you just go through them, they’ll get bored, but if you put them on the table and get them to match them – make it a game – they’re more motivated.

There are four types of play that we use to engage the children. Firstly, we have free play, where kids can run around and do what they want. Then we have guided play, where they’re encouraged to take part in different activities, like setting up a tea party, which would relate to a book they may have been reading. Then there’s discovery play, where they may be experimenting with light and shadow or something else. Then finally there’s intentional play, which has an objective. You want children to learn something through what they’re playing.

What key things should parents ask and look for when selecting a kindergarten for their child?
Structural things like teacher to student ratio, of course. But other important questions that parents often omit to ask are things like, ‘What sort of role do you expect parents to play?’ and ‘What sort of professional development do you provide for your teachers?’ This is really important. It shows the progression of the school and the development of the staff. Parents may also have something in mind for their child’s education, so asking about the philosophy really helps them to understand if they’re getting the right sort of environment – it’s like a matchmaking service in that way! 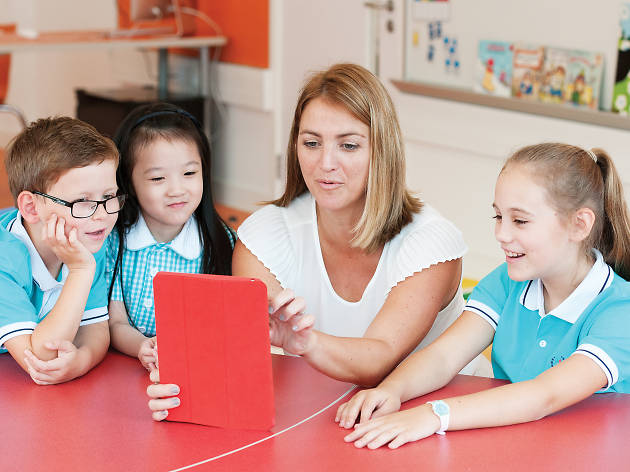 This August the American School Hong Kong (ASHK) opened its doors in Tai Po. The school teaches both the US common core and IB Diploma programme to kindergarten aged through to grade six aged children. The middle school and high school are scheduled to open in 2017 and 2018 respectively. 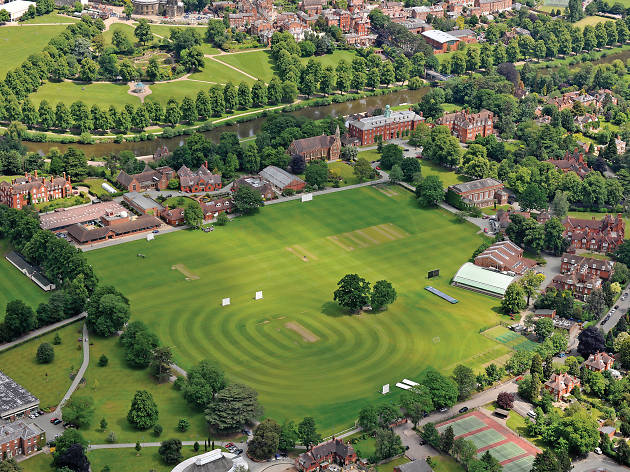 Prestigious British boarding school Shrewsbury School is opening a new campus in Tseung Kwan O in 2018. The co-educational school will offer the British National Curriculum for approximately 850 primary aged children. This is its second international sister school to open, after the foundation of Shrewsbury School, Bangkok in 2003. 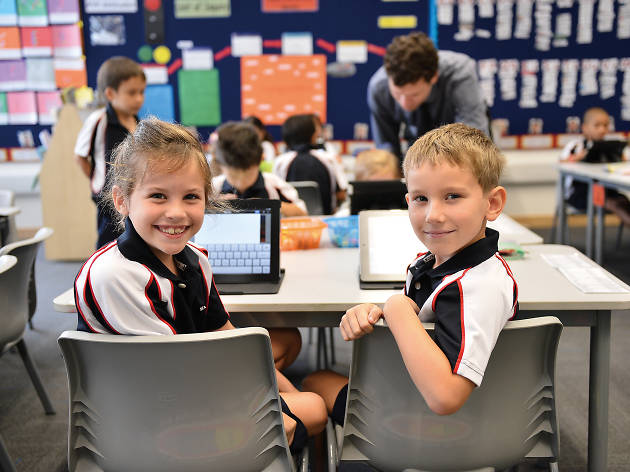 The schools group, Cognita, are launching the Stamford American School in Ho Man Tin in September 2017. The school will offer both the American High School Diploma and the International Baccalaureate for primary and secondary aged students.