Interview: Daniela Andrade on her visual EP and going electric

"Every video that's on my YouTube channel, I've wanted to do and I've been excited about."

Written by
Josiah Ng
Tuesday 11 October 2016
FacebookTwitterPinterestEmailWhatsApp
Advertising
Armed with just a guitar and her soothing voice, Daniela Andrade is one of an elite crop of YouTube artists to have made it big. Since her first video back in 2008, the Canadian singer-songwriter has steadily built a following of more than one million subscribers and has released several records. Her most recent effort, Shore, is a brave new creative effort, a four-track EP that tells its story through a music video for each song. She comes to Hong Kong to share her tunes and we speak to her before she hits the fragrant harbour…

Hi Daniela! First off, let’s talk about Shore, because it’s not a traditional EP. What was the motivation behind the visual concept?
Back when I got the masters for the EP, I was able to listen to the songs and distance myself from them a bit. While I was selecting the tracklist to send to iTunes, I realised it’s a story about falling out of and falling back in love. It’s kind of like a loop. I sat down and talked with the director [Jeremy Comte] and I was like, ‘would it be totally crazy to make four videos?’. I drew up a Google Doc and stuffed it with all my inspiration, like why these songs were written, my personal experiences with love and falling out of relationships in general.
I do want to ask about the narrative involved, it seems definitely about not just romantic relationships, but about human connection and failures to communicate. How much of the EP comes from your personal experience?
All of them come from personal experience. Digital Age even more; it came from a feeling that I got reading an article about being able to bury our loved ones on the moon. It was very strange because I thought it was really cool [laughs]. It's kind of like 'Hey I'm gonna bury my mom on the moon,' and it would be incredible, but at the same time you'd wonder why it wasn't just okay to bury her on Earth. I feel like sometimes we're such an ambitious species in that sense, and we don't know where to stop. 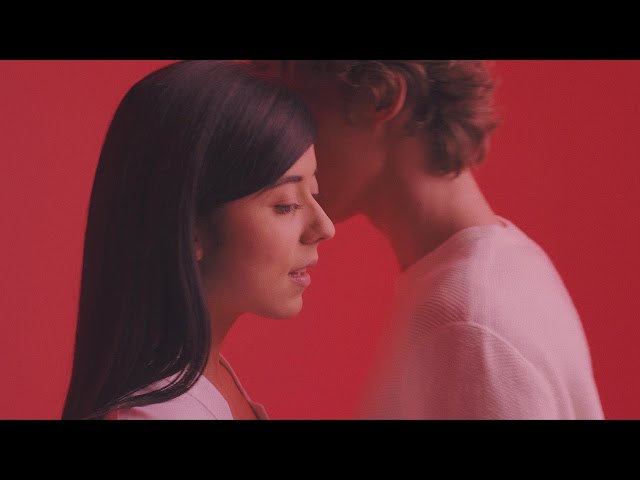 Why have you shifted to an electronic sound on this release, as opposed to guitar and mic?
We were experimenting in the studio, trying to find what kind of sound went well and trying push against the limits of the songs. There were so many ideas that we scrapped, so whatever ended up on the EP really felt like the right direction for each song. It was really crazy for me to hear more instruments on my stuff. Particularly for the song Digital Age. When the saxophone got a track, it was just so beautiful to have more people become a part of it. And I realised my eyes were open to another side of music that was so much about sharing. [Producer] Gab Gagnon brought so many people on to the EP who are now my friends and I love these people so much. He opened up a new chapter of my life. Not just for how I treat music but how I feel within the community of musicians as well.

Right now, there are so many artists trying to follow in your footsteps, uploading covers and hoping to make it big. What advice do you have for them?
I think the most important thing is to be genuine. I know that that sounds a little cheesy but it’s one of those things that I’ve discovered in life as I grow more and more. Say my manager suggests I cover something that I don’t want to cover. I’ve never once compromised like that on my channel. Every single video that’s up there, I’ve wanted to do and I’ve been excited about.

And for my last question, you’ve visited Hong Kong before, so what are you most looking forward to when you return?
There’s amazing coffee in Hong Kong! I’m so excited to get to know the people because when I went, I went purely as a tourist and I didn’t really converse with a lot of locals apart from my coffee shop experiences. Everyone just seems so kind, so I’m very excited to meet the people at the show. It’ll just be so fun to speak with people and try out more of the food and culture because I fell in love with it.