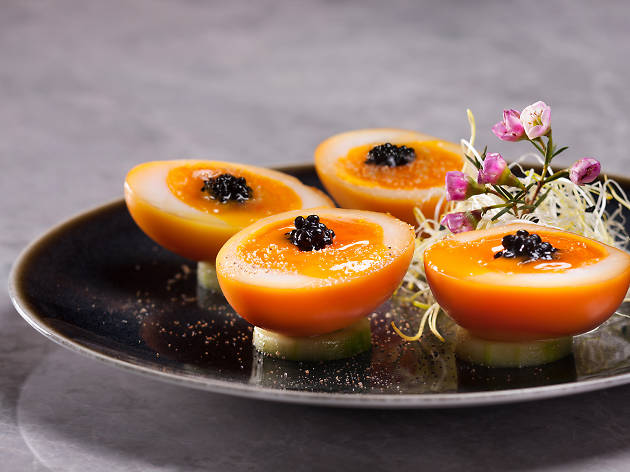 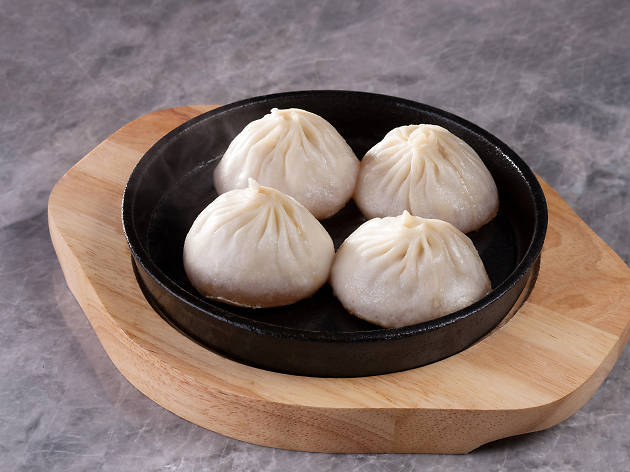 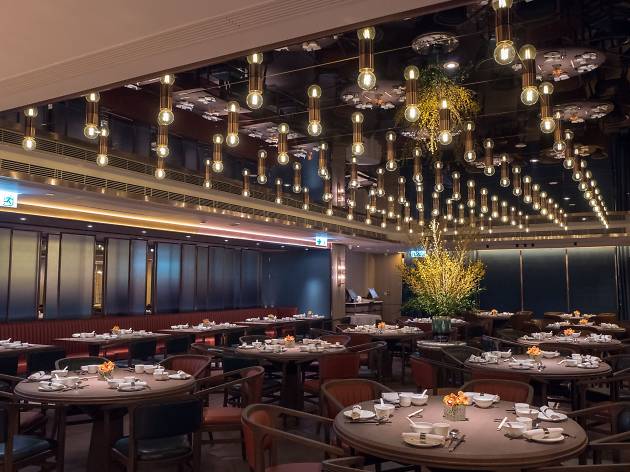 Like all restaurants in 1957 & Co’s collection (Gonpachi, Mango Tree and An Nam, to name a few), 10 Shanghai boasts an impeccable sense of style. Paying homage to 1930s Shanghainese glamour, the restaurant is dressed in a rich palette of royal blues and emerald greens. Art deco embellishments abound, as well as a smooth, circular motif inspired by the moon gates of traditional Chinese architecture.

In this setting, 10 Shanghai serves a long list of Huaiyang dishes. At least that’s what’s supposed to happen if the restaurant can better manage its inventory. On the night we visit, almost half of the items we ordered were already sold out by 8.30pm. Fortunately, of the dishes that were still available, most were well executed.

The drunken chicken ($88) is meaty and tender, perfumed but not overpowered by aged Shaoxing huadiao wine. We also love the soft-boiled eggs ($48), which arrive in a bell jar under a mist of longjing-infused smoke. The molten yolks are so rich on their own, they don’t need the black truffle pearls that adorn them. In fact, luxury ingredients are superfluous whenever they’re used here, added more for gimmick than taste. Take the mushroom-filled crispy bean curd rolls ($98), for example. These are delicious, even though we can’t taste any of the black truffle it’s supposed to have. The same is true for 10 Shanghai’s take on the traditional turnip pastry ($168). Served on fine bone chinaware with a lobster head and tail, these flaky cocoons are filled with julienned turnips that are soft and flavourful. There’s shellfish in there too but it’s bland, unevenly distributed and totally skippable.

That’s not to say that 10 Shanghai should forego creativity. One of our favourite dishes of the evening is the house-special pan-fried xiao long bao ($60) – a crossover between a classic Shanghainese soup dumpling and a pan-fried pork bun. Served on a sizzling plate, these bite-sized parcels are filled with umami broth and pork, and are seared until the bottoms are toasty and crisp. But even here, it’s the innovative cooking technique that elevates the dish, not an expensive, showy ingredient.

The rest of the menu is hit-or-miss. The traditional ‘lion’s head’ braised pork balls ($128) are far too salty and so fatty that they taste more like mush than meat. We much prefer the chicken and shrimp dumplings served in a clean and fortifying chicken consommé ($198 for half portion). And for desserts, the deep-fried mochi with taro ice cream ($80) is interesting on paper but less so on table, with the ice cream already warm and beginning to melt. Instead, the humble tofu pudding ($72) – made here with black soybeans – works much better. That’s the thing to keep in mind at 10 Shanghai: there may be a lot of flourishes in the décor, but when it comes to the food, it’s the simple things that shine.