America’s Prohibition Era, the period from 1920-1933 when alcohol was banned in the US, is one of the most romanticised of the 20th century. Perhaps it’s because it conjures up images of crusading cops and iconic gangsters striving to outsmart and outgun each other; then again, it might have more to do with the rise of the speakeasy – secret drinking clubs where those in the know could indulge in the poison of their choice with likeminded souls without scrutiny.

It is from this era that Lily & Bloom – the new and already booming bar and restaurant concept from the guys behind Volar, Halo and Roxie – takes its principal inspiration. Created in partnership with creative agency The Mangkut Group and New York-based design firm AvroKO (whose previous Big Apple projects include Public and Double Crown), it’s a large and subtly elaborate space spanning two floors.

Upstairs is Lily, a hypnotically welcoming bar augmented by carefully conceived details and features rescued from the mists of time. The ornate grill that backs the bar, for example, is based on a detail from a sketch of a now-gone 1900s New York market, the chairs are inspired by seating from various forms of transport of the era, while intriguing trinkets and curiosities enliven nooks and crannies. Here, the focus is on cocktails, specifically old-school favourites and modern classics made with boutique spirits and consummate care. Following our recent penchant for rum drinks, we sampled the Old Cuban (rum, lime, sugar, mint and prosecco; $110) and the Zacapa Old-Fashioned (rum, orange and angostura bitters, sugar; $110) from the 11-strong signature cocktail list. Both were made with the 23-year-old Zacapa rum from Guatemala, and the difference in flavour and quality was striking. Our tip: order the Periodista (rum, lime, spiced brandy, triple sec; $110), an off-the-menu Cuban classic that translates as ‘journalist’ and was a favourite of Ernest Hemmingway.

Also upstairs is a 12-seat private dining room and ‘The Blind Pig’, a sealed cigar room that employs fragments of old shipping crates in its design and an ingenious ordering system involving an antiquated telephone and a hidden serving hatch to circumvent anti-smoking laws.

Downstairs is Bloom, a casual brasserie-style restaurant with raw bar, with the two spaces connected by a large atrium at one end, in which hangs an enormous ornate metal chandelier.The menu at Bloom is compact – eight starters, eight mains – but doesn’t feel limited. After much deliberation, we eschewed the appetisers list and opted for a selection from the raw bar. First up were a pair of ceviches ($62 each), smartly presented on a piece of black slate. While the snapper, jalapeno, tangerine and fried garlic variety scored higher aesthetically, it was the geoduck clam, kaffir lime, lemongrass and chilli that had us clashing forks to snare the last tangy, spicy morsel. (The snapper was a little heavy on the jalapeños for our liking.)

Next came two very different, but equally beguiling oyster shooters ($54 each). The fizzy champagne shooter with tarragon and lavender oil slipped down with a tingling sensation my companion likened to “an orgasm in my mouth”; the tequila shooter, with cucumber puree and hibiscus salt, was wonderfully rich and savoury, like a great Bloody Mary. Lastly, a couple of freshly shucked Washington State oysters (Hammersley, $45; Quilcene, $40), with a champagne mignonett so tasty we could have drunk it on its own, set us up nicely for our mains.

From the specials board, we ordered the daily, freshly-made-on-the-premises pasta: a delicate ravioli stuffed with shrimp, ricotta and leek in a lip-smacking lemon-caper-white wine sauce ($195). The show-stopper, however, was the Iberico pork chop and smoked ribs ($276). “You have to taste this,” said my companion, cutting me off mid-sentence and thrusting a forkful of the juicy flesh in my direction. She wasn’t wrong: the quality of the chop – pan-roasted on a high heat with spot-on timing – shone through, the interior lasciviously pink and moist, the outside charred and herb-encrusted to toe-curling effect. It was a double-whammy of taste and texture that had us waxing lyrical for the next ten minutes.

Sides of grilled asparagus with orange mascarpone ($55) and wilted spinach and charred radicchio ($45) offered a crisp and pleasingly bitter counterpoint to the flavour extravaganzas of the mains, while desserts of pistachio crème caramel with candied pistachio ($78) and banana macadamia praline semi-Freddo ($78) were largely successful riffs on well-known desserts.

Back upstairs at Lily there is an extensive bar menu, including fried quail with cornbread and Carolina barbeque sauce to die for ($125), the ‘Bloomberg-er’, a ground chuck sirloin burger with gruyere, bacon and truffle mayo ($98), and roasted bone marrow with thyme salt, parsley and shallot salad ($85). Night owls will be glad to hear that last call for the kitchen is 3am on Fridays and Saturdays, and 2am the rest of the week.

Our only gripe was the service, which was a little uneven: our bright and breezy server at Bloom was one of the best we’ve had in Hong Kong, but some of the staff at Lily seemed less than on the ball, with drinks forgotten and having to be reordered. But given the attention to detail and focus on quality that was in evidence in all other aspects of the place, we’re sure this is something they’ll improve in time.

Quite simply, there is no other place like this in town.

Make a reservation at Bloom with our booking partner Chope. 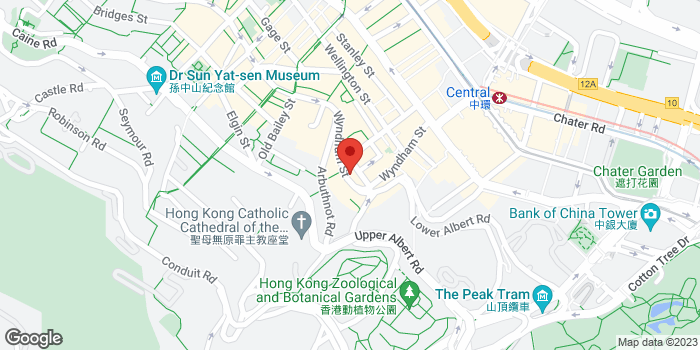