Time-honoured favourite Peking Duck has had its fair share of controversy. While regarded as a precious culinary gift from the capital city to us all, the divide between old- and new-styles is liable to start a food fight involving severe hoi sin sauce slinging.

Old style is what you find in culinary temples such as Peking Garden: fire-blasted skin, a visible fat belt, and a thin carving of meat wrapped in a flour pancake. New style, is, well, more anything goes, such as what is served at new pan-Chinese eatery Sha Tin 18. Here, ducks are thrown into hell-fire hot ovens to blast away all traces of visible fat, leaving a thin layer of gelatine on the crispy-sweet skin and tender-juicy meat.

We were sorely tempted to give Sha Tin 18 five stars for their Peking Duck ($398) alone. Much like at Duck de Chine and Da Dong in Beijing, they serve their duck three ways: skin from the underbelly of the duck dipped with granulated sugar; meat carved from the breast, accompanied by a dish of raw garlic; and finally, fat slices of legs and thigh wrapped in flour pancakes with hoi sin sauce (made in-house) and scallions. All this is done tableside, supervised by Chef Frank Qu from Beijing, and formerly of the capital’s well-respected Peking Duck restaurant chain Quanjude.

The waffle-thin skin melts in the mouth, and the sugar dissolves on the tongue like some kind of fabulous duck-fat candy – these diamond shaped sugar cut-outs might just be one of the best things we’ve tasted this year. Next, while the breast meat was on the verge of being chewy – one minute more in the oven, and it would’ve been a goner – the garlic sauce went down like a dose of oddly pleasing wasabi. The thigh duck wrap, however, was our least favourite interpretation. Don’t get us wrong, it was good, but the first two-courses kicked us sideways.

The kitchens – yes, there are more than one– are manned by top chefs from Dongguan, Xian, Beijing, and Shanghai, respectively; each with wide-ranging experience across multiple provinces and cuisines. For instance, Xian-native Chef Nicholas Zhang handles the noodle and dumpling part of the menu. Though this might be a semi-fancy sit-down affair, you can also park yourself at his noodle station and have a wonderful bowl of hand-pulled mian, stretched in front of you to order. The two items we highly recommend you are pan-fried Xian pork belly dumplings ($68) and Lanzhou beef noodles ($68).

Over in his kitchen, Nelson Zou of Dongguan makes wonderful ‘Houjie’ pan-fried fish cakes with preserved meat ($98). Unpretentious to a tee, this simple, delicious dish could be culled from any housewife’s Wednesday night cookbook. That is to say, this is simple, perfectly crafted family fare. The preserved meat (aged Chinese sausage), helped salt and flavour the otherwise bland fish cake. The next dish by Zou, braised spare ribs with onion and soya bean paste ($98), was again very, very good. While not a great representation of what he is surely capable of in the kitchen, this homey dish of falling-off-the-bone ribs in a salty-sweet lacquer made us lick our lips with joy.

Exceptional mains were followed by exceptional desserts, prepared by Pastry Chef Anthony Qin of Shanghai. Having worked in kitchens since he was 16, he is completely self-taught in English, Japanese and French, the latter in order that he could fine-tune his skills with Joel Robuchon in Macau. His impressive resume could be tasted in everything we ordered.

The Portuguese egg tarts ($42), from his time across the waters, came out warm to the touch, and creamier than any crème brûléeat Robuchon. Qin’s fresh do fu fa (steamed tofu, topped with golden sugar and ginger syrup, $40), was a perfect palette cleanser, and a much lighter option then the likes of their much-touted Chinese rice wine and chocolate ice cream ($25 per scoop), which was nice, but not as glorious as their egg tarts.

There’s no denying that the pedigree of this restaurant is pretty incredible. The assembling of multiple top Chinese talents under one roof is pretty unprecedented, and we’re seriously happy we are able to benefit from the culinary congregation. If nothing else, come for their Peking Duck and egg tarts – they alone are worth making the trip to Sha Tin. 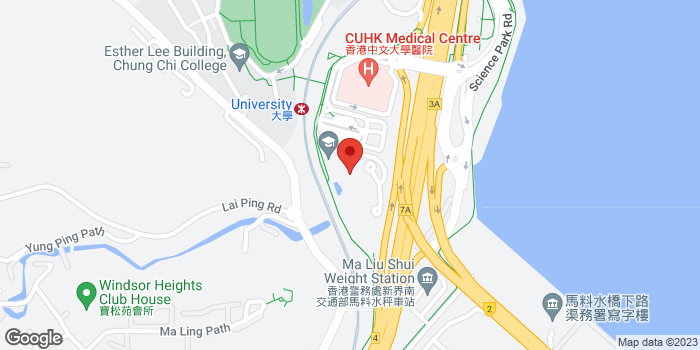