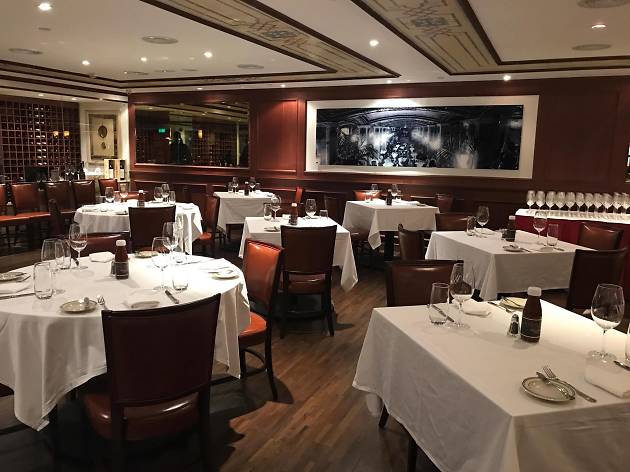 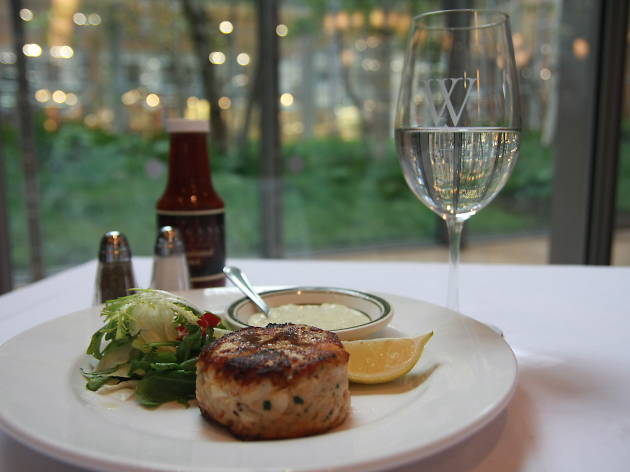 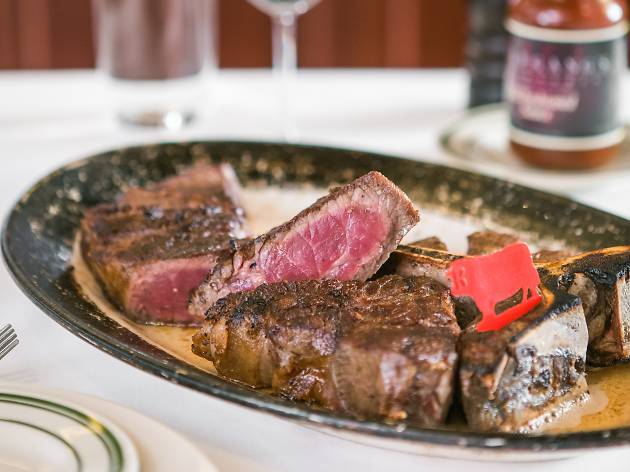 Originating in Manhattan but now with 17 locations around the world, including Miami, Tokyo, and Seoul, Wolfgang's Steakhouse is the latest big name to open in Hong Kong with a focus on high end meat following the likes of Beefbar, Porterhouse by Laris and Blue. Butcher and Meat Specialist. It’s also one of the best.

Situated on Duddell Street, in Central, Wolfgang’s is surprisingly close to Michelin starred establishments Beefbar and Duddell’s. That’s some fancy company, and though the US import is all mahogany and starched white tablecloths, it’s definitely a more laid back affair than its neighbours with a noisy, convivial atmosphere.

We started fairly light with crab cakes, and fresh mozzarella and sliced beefsteak tomato. The cakes were packed full of juicy crab meat and a very subtle hint of cinnamon elevated the sweetness of the crustacean. The generous portion of mozzarella and tomatoes was fresh and creamy, topped neatly with shredded basil.

It’s all about the meat here, though, of course. Selected for an even fat distribution that’s ideally suited for dry-aging, cuts of USDA Black Angus sub primal are dry-aged in an on-site space for 28 days and cooked to order at a high temperature in a grill broiler. We ordered the porterhouse for two (which could easily feed three) and were presented with a good looking hunk of meat served with the T-bone. Slightly charred on the outside, after piercing through the crunch, the steak was deliciously tender and juicy, with a flavour that’s full-bodied yet not overpowering.

The sides weren’t much to shout about. The sautéed onions and sautéed broccolini do the job but, sadly, the creamed spinach lacked cream and any real flavour. Our disappointment was minimal because the porterhouse held it’s own and dessert turned out stellar. The buttery lime pie comes on a crumbly, salty biscuit base, which compliments the smooth, citrusy kick perfectly.

The price tag (almost $2,000 for two) may be in keeping with its neighbours but Wolfgang’s is a different affair to Beefbar – more relaxed and specifically steak focused. Despite some minor shortcomings, staff know how to prepare a mean steak and fantastic desserts, as well as provide great service. In a steakhouse, that’s all that really matters.