Interview: Director Jonathan Holloway on grief and breaking the rules

"I really like the idea of making rules on stage, which exist there to be broken"

English director and playwright Jonathan Holloway is coming back to Hong Kong on a sophomore collaboration with Chung Ying Theatre to put on a modern-day adaptation of Charles Dickens’ A Tale Of Two Cities, after Holloway’s first effort with the Theatre in 2015, Jekyll and Hyde, met widespread acclaim.

The seasoned director has a history of adapting literary works that explore social and personal issues, those timeless themes that endure no matter what costume is on an actor’s back or what time period the language sounds like it is from. Certainly, A Tale Of Two Cities as well as a production of Les Misérables that Holloway spearheaded in 2005 show that Holloway never shies away from a political conversation, especially when his adaptations are directed to drawing in a modern audience into an historical narrative that carries a timeless message. We sit down with Holloway ahead of A Tale of Two Cities: Blood For Blood to discuss his thoughts on the production, the narrative message, and why it’s important for people all throughout time.

How did you settle on A Tale of Two Cities for your script?
I was asked by Chung Ying [Theatre] to do that title. So they said "for the next production following Jekyll and Hyde, would you do a version of A Tale Of Two Cities?" it would get across relatively easy to a broad public audience. I think there are all kinds of commercial reasons why they wanted to do a title like A Tale of Two Cities, but the thing for me that is really central to A Tale of Two Cities is the notion of grief because you have people in France who have suffered for centuries under the casual cruelty of an aristocracy which has absolute control of their lives. They are virtual slaves. And Dickens always brings those enormous things, those epic landscapes down to something very particular and very personal.

Why do a modern adaptation of Two Cities?
I think in the texture of the work you do, the audience has to see themselves very easily within the world. They have to be able to go "Yes I see how that might happen to me." In terms of social ferment, social conflict, it’s been said that people do not change rationally. They change in irrational leaps. All society contains within it contradictions, and I think the relationship between Hong Kong and Mainland China is full of contradictions. I think China’s identity as a country that is run by the Communist Party seems to be full of contradictions. How on earth can you define communism, and then connect it to the dominant ethos of Chinese consumerism? I really don't understand, it completely defeats me. Churchill said "of all the systems of government people have tried, democracy is the least worst." It's that societies do not behave rationally and they do not progress at a steady pace.

So is the message of Blood for Blood political then?
Yeah but everything is political isn't it? The fact that you and I are having this conversation between south London and Hong Kong at this moment in time, using, in my case, a computer that was made by one of the richest corporations in the world that trades on its liberal appearance but is actually anti-competitive. Everything is political, and the choices we make have political ramifications, don't they? I'm talking about the small “P” rather than the big “P”. 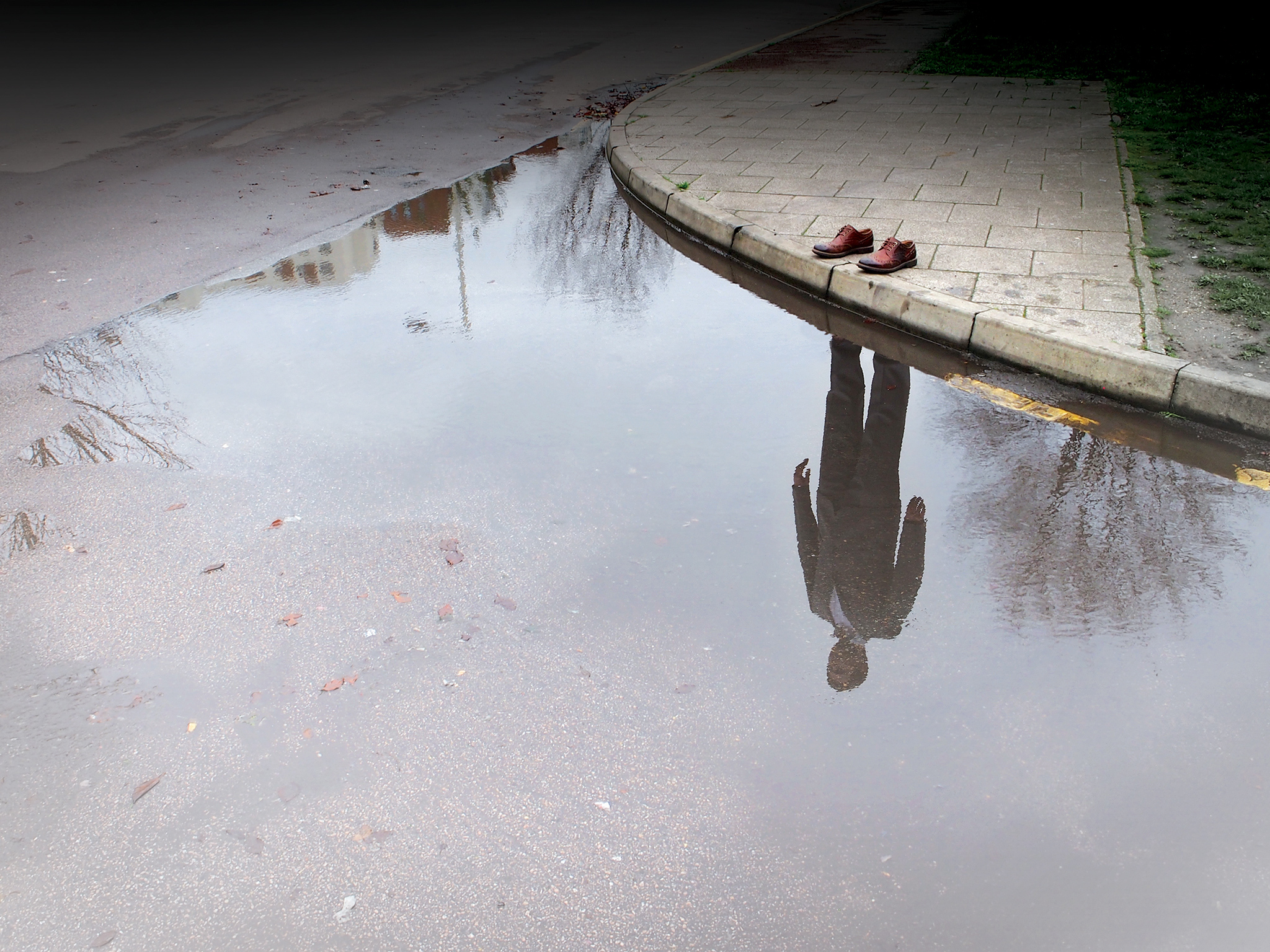 You’ve been quoted as saying that you want to ‘strip away Dickensian Theatricality’. What do you mean by that?
Well Charles Dickens, much like William Shakespeare, discovered that people were doing unauthorized staged versions of his books, so he created a theatre company in order to be able to put on his own adaptations of his own books. And there's a kind of direct route through from that to a modern TV adaptation which set the books in the period they're set. They have coaches instead of cars, horses instead of motorbikes, and there's a coziness about that. I think the thing to remember is that Dickens in his time was not cozy. Dickens questions the House of Parliament about things like child abuse in Yorkshire schools because Dickens wrote a book called Nicholas Nickleby, which featured child abuse in private schools. He was a very active social campaigner. There was a sense in which he was shocking and by process, he was embraced by the public who were also fearful of him. And I feel that the adaptation I’m trying to do is trying to give the audience something of the electric shock that would've been experienced by someone in the 1860s picking up a new book by Charles Dickens.

That sense of shock in Dickens' character, and similarly the shock that is present in your production is almost Athenian in a way because the great philosophers of Athens, they were also eccentrics in and of themselves.
Yeah I think in every age, the artistic radical is popular and simultaneously unpopular. And they only achieve the kind of rosy glow of history once their time is past, and once there's nobody around to say, "well actually".... you know Aeschylus' Oresteia, was a very shocking innovation. You know, in 5th century BC, Attica, and then you had the shock of the new and Sophocles adds another actor, and the shock when Euripedes adds a third. I think one of the things I really do like, one of the things that tripped across early in my career was Japanese Noh theatre where the rules were so specific and so detailed that even a relatively simple, small diversion from the rule creates a sense of surprise for the audience. And I really like that idea, about making rules on stage, which exist there to be broken.

Is there any specific way you try to do this in Blood For Blood?
Yeah. Our stage doesn't have a traditional setting. It is one hundred identical chairs arranged in a grid with a meter square devoted to each chair. It's an absolutely geometric pattern, very elegant, very antiseptic. And then the damage, which is done to people during the course of the story, is recorded on the set by the way that the chairs, which began in a tight geometric, have been disturbed. So the world of particularity, symmetry, geometry is gradually eroded as the production evolves.

I was wondering if there was anything specific or even holistic that you want audience members to take away in Hong Kong or other places?
I feel, ultimately, the job of a piece of theatre is to transport the audience. I think we have to make them forget that what they're watching is being presented in the Hong Kong amphitheatre in 2016. They have to be seduced by the world of the show. But I think what audiences really want is to be taken by surprise. So to be consistent with that, I think it's up to me to make a production which is completely different from what the audience would've anticipated they were going to see. So this particular experience, while it seems to have the same DNA as the original story, is actually a complete surprise.