There’s nothing better than a cheeky trip to South Lantau. The place fits nicely somewhere between unspoiled beauty and slight urbanisation – it has a McDonald’s, which is generally one signifer of a thriving civilisation. But we’re more interested in discussing the merits of Mui Wo than depressing fast-food. One of South Lantau’s busiest neighbourhoods, the town is a fascinating tapestry of the rural and the oppidan. If you’ve got a day to explore and an empty stomach, there’s a huge amount on offer.

And if Lantau seems just too far to go – shame on you – check out our guides to the likes of Kwun Tong and North Point.

The best things to do in Mui Wo 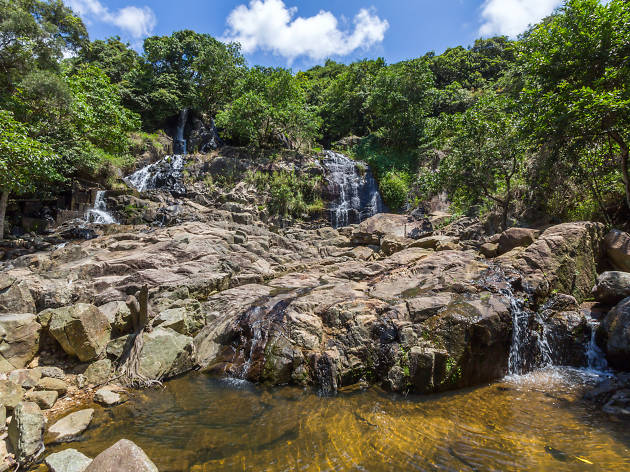 Although hardly a hidden gem or any sort of best-kept-secret, the Silvermine Waterfalls never seem to be particularly packed, even at the weekends. The spot is easily one of Hong Kong’s most easily accessible waterfalls – a gentle stroll, really, unlike certain other scenic spots in our SAR. There’s even a lovely little seating area replete with tables and chairs (they’ve thought of everything) which makes for an ideal picnic spot.

This dovetails nicely with the waterfalls as they’re right next to each other. Sure, it’s not exactly Bruce Wayne’s bat cave and certain sections are closed off because it’s too dangerous, but it is home to a very rare species of bat. And hundreds of them at that... 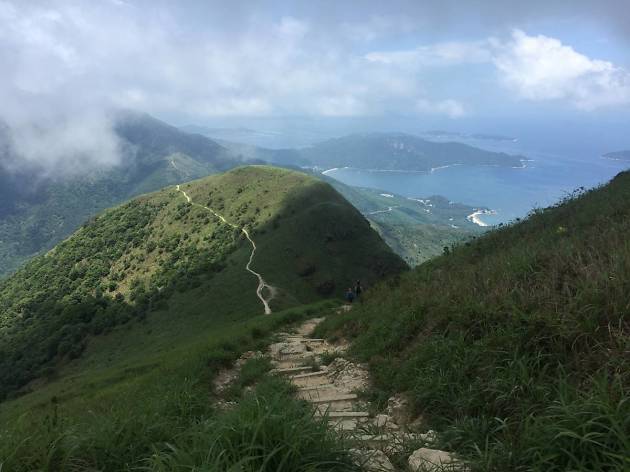 Mui Wo’s an excellent starting point for the litany of trails that dot South Lantau, which run the whole gamut from easy to fuck this. For the former, try Stage 12 of the Lantau Trail to Pui O, a roughly 2.5-hour affair that’s fairly flat and straightforward. For something more challenging, opt for stages 1-3 of the Lantau Trail. A 13.5km affair likely to take around four hours, the hike concludes at the Big Buddha.

Worst suggestion ever? Bear with us. One thing you’ll notice as you wander the sun-soaked streets of Mui Wo is the hilarious free reign given to the town’s cows and water buffalo. They have no time for paddocks, fields and other pathetic bovine trappings. These local legends own Mui Wo and they wander the streets in a fashion reminiscent of the Queen in one of her many Rolls-Royce. It’s striking and instantly makes you feel like you’re a million miles away from the hyper-metropolitan ways of Central or TST. A word of warning however, Mui Wo ain’t no giant petting zoo – if you go quietly about your business, so will they.

Said to be around 400 years old, this is by far the oldest temple in Mui Wo. Situated in Pak Ngan Heung – itself a lovely little village to wander around – legend has it that when silver was discovered in the surrounding mountains, the villagers fought over the land. To settle the dispute fairly, this temple was built to invite the gods to witness settlement of the arguments. After visiting, you’ll be gasping for Man Mo(re).

Sommer Life Beach Retreat is the perfect place to rejuvenate, although it costs money unlike the other free suggestions on this list. Located in a secluded area just off Silvermine Beach, relax, meditate and have a life coaching session with owner Nathalie Sommer that leaves you feeling refreshed and inspired. From $1,190 a night. Silvermine Beach, Mui Wo, Lantau, 5501 8633; nathaliesommer.com.

Currently, the public facilities such as the toilets and changing areas at Silvermine Bay Beach are closed for renovations. Thus, arguably, there’s never been a better time to visit. You might think we’re being silly but this development (or lack of) has scared away the masses that used to frequent the beach meaning this is now one of the quieter and, by proxy, cleaner beaches on South Lantau. The nearby restaurants are very understanding if you need the toilet, so, really, there’s little to worry about.

The best bars, restaurants and cafes in Mui Wo 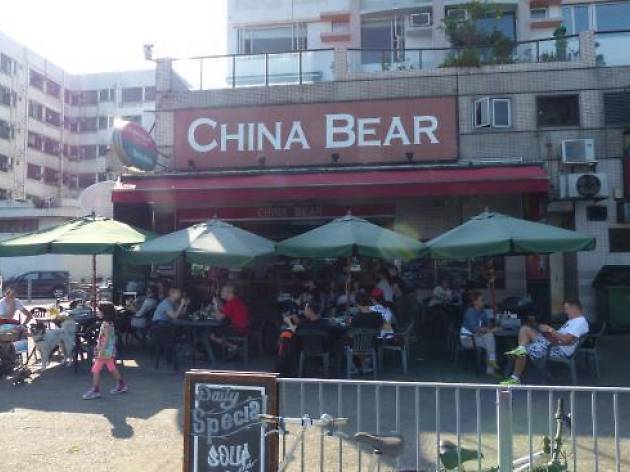 This decidedly British pub (despite the name) is a Mui Wo mainstay having been around for almost 20 years. It’s one of the first things you see as the ferry pulls up to the pier – a shining beacon of alcohol, greeting you after your perilious sea voyage. The grub is a wide-ranging affair of classics enjoyed by Western folk – pizzas, pastas, curries, nachos, etc. They have an excellent pub quiz on the last Thursday of the month. Best of all, if you’re peckish as you jump on the boat in Central, give the place a call and order a pizza – they’ll have it ready and waiting for you when you step off the boat! 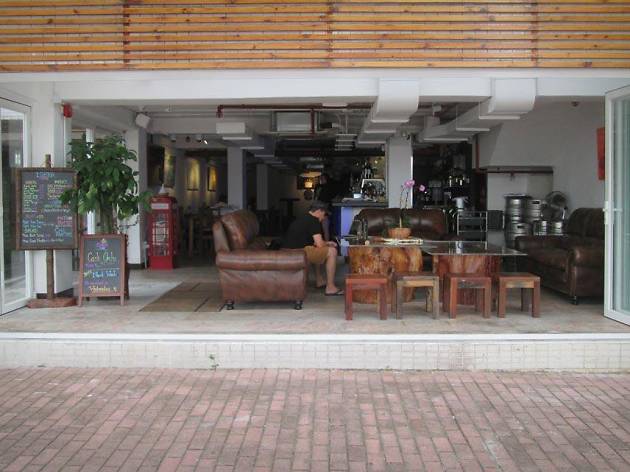 A beautiful equilibrium exists between Mui Wo’s two pubs. You’d think that being so close to each other, just 150m apart, that there’d be some rivalry or animosity. But nay, they’re very different beasts offering two very different experiences. China Bear is very much the old-school pub whereas Cafe Isara is something of mish-mash. The later looks more sleek and modern and offers typical sports pub goodies like a pool table, darts and, of course, plenty of sport on the telly. The menu offers up some of the best Thai not just in Mui Wo, but in the city – many of the staff and management hail from Thailand, so you’re getting some authentic grub. There’re also some cracking live music nights as some of Hong Kong’s best local bands often make the trip to Lantau. Finally, one of the staff does a mean manicure. Bit of everything – the pub. 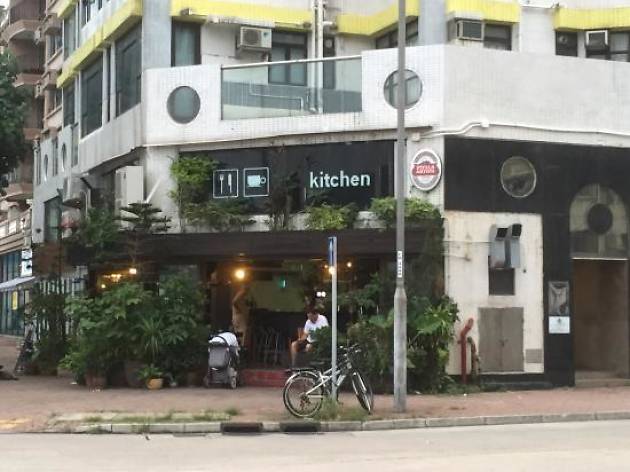 This cosy little corner restaurant goes the extra mile with its Italian fare – the pasta being made freshly on-site daily kicking above the usual dross. The pizzas are also a winner if you’re keen on super thin, crispy ones. 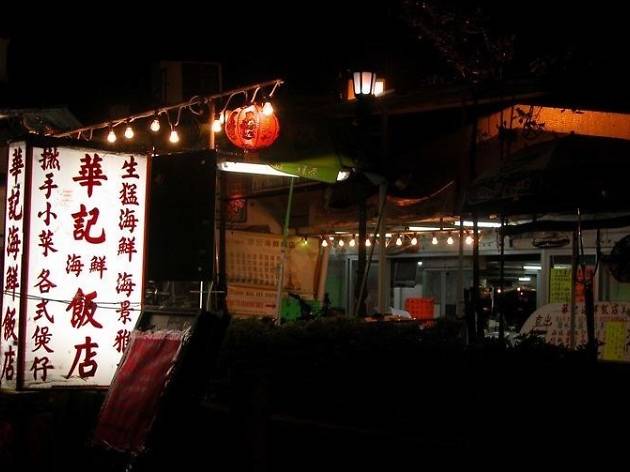 Mui Wo has its very own small cooked food market, which manages to jam so many restaurants into such a small space to the point where they all kind of crossover and it gets a bit confusing. They’re all pretty servicable but Wah Kee stands out as our personal favourite with its amazing seafood and a robust menu of Cantonese favourites. Not to mention, there’s nothing better than sitting having your lunch or dinner while looking out over the water. 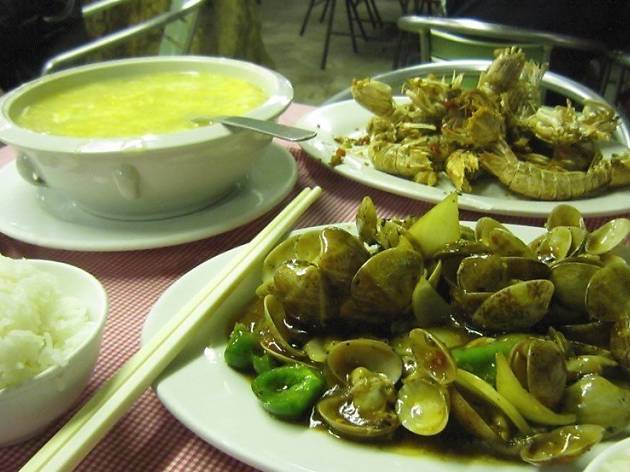 Some of the freshest seafood on Lantau is the order of the day at Tai Chai Kee. The mussels are heaven-sent – definitely get them. If seafood’s not your thing then not to worry, there’s a hefty menu of Cantonese goodies on offer, all at pretty reasonables price. 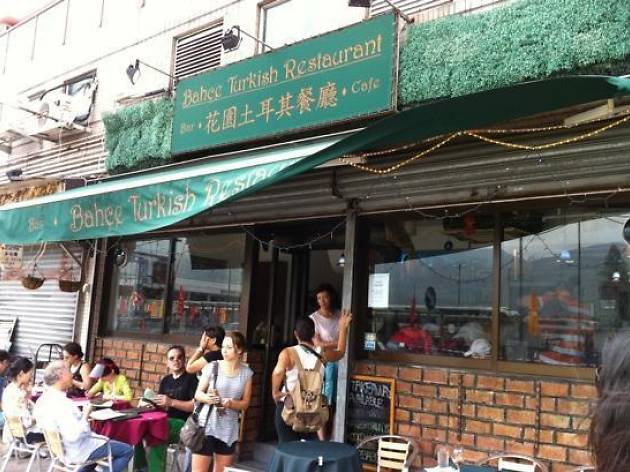 You wouldn’t think that a small, sleepy neighbourhood like Mui Wo would be the place to go for authentic Turkish fare but that’s exactly what you get at Bahce, a local favourite for years now. Simple, unfussy, generous on the portion sizes and bursting with flavour – this personable little eatery is worth the ferry ride alone. 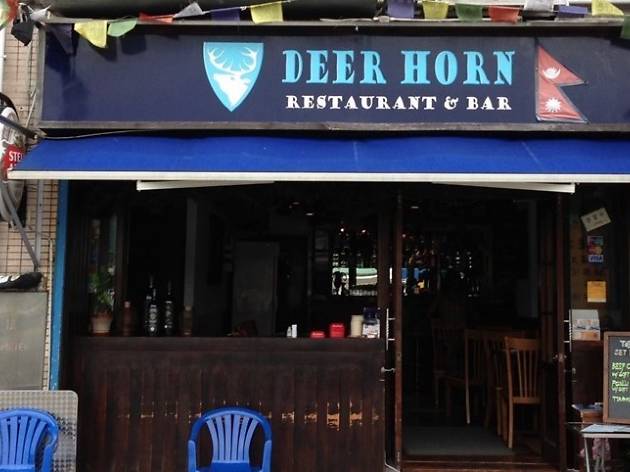 Continuing the neighbourhood’s surprising trend of eclectic food options comes Nepalese bar/resto Deer Horn. Nepalese native owner/chef Pushpa is an absolute legend who will happily gab away about the lovingly crafted dishes on the authentic menu, helping you decide what to order if you’re not overly familiar with the amazing cuisine of Nepal. If he’s busy or you just hate socialising, simply order the moo moos. They’re quality. 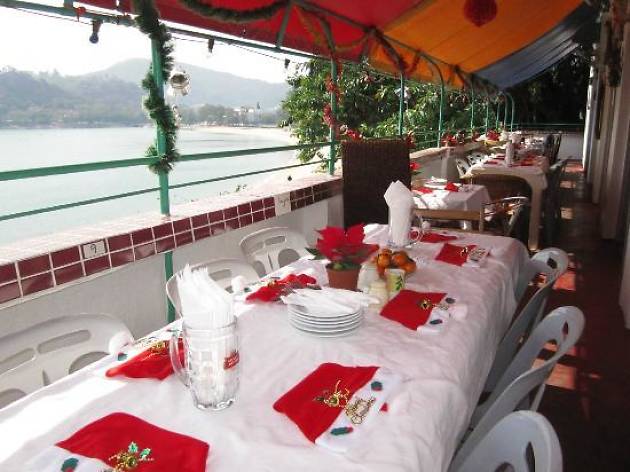 This Western diner serves great seasonal meals such as roast turkey with all the trimmings during the holiday season. Book early for the special Christmas Day lunch, which tends to fill up months in advance. It has unparalleled views of Mui Wo beach, too. 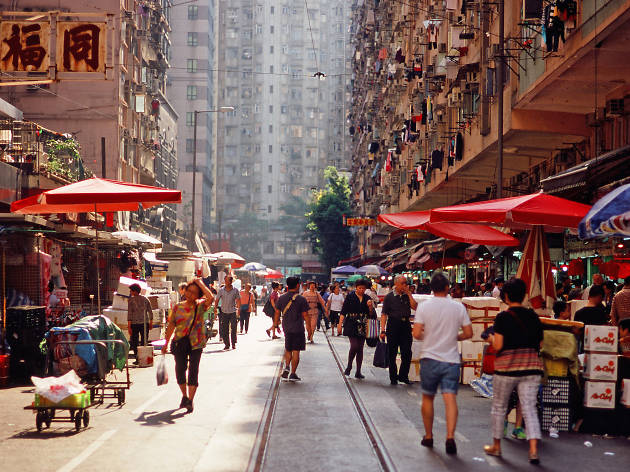 This underappreciated neighbourhood is home to brilliant Michelin-recommended eateries, historic and culturally important landmarks and unique art galleries. This is the best of North Point.