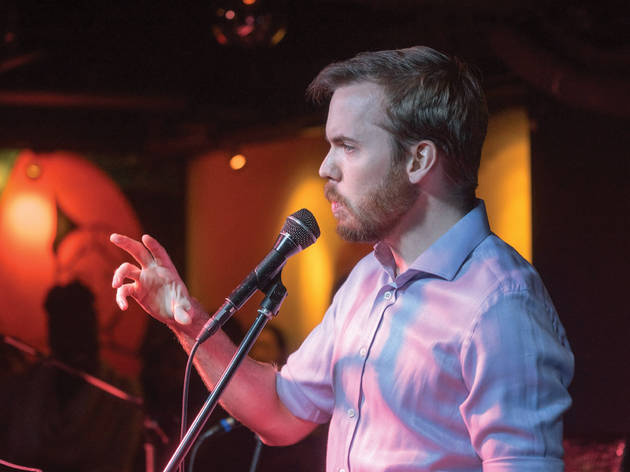 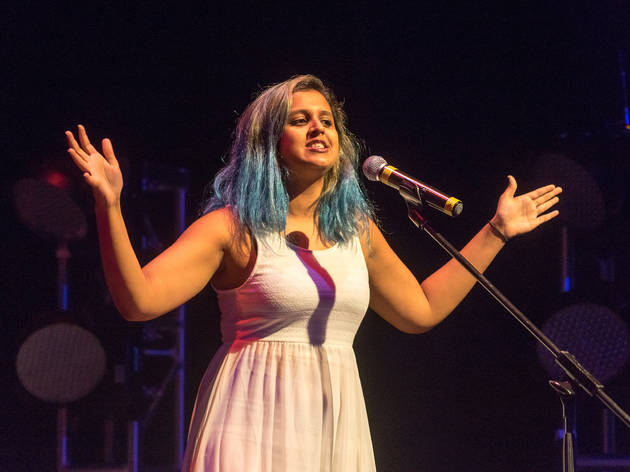 It’s a Wednesday night in Lan Kwai Fong, but above the usual chaos there’s a slightly more cerebral scene playing out on the second floor in the Orange Peel music lounge. Men and women of all ages step up to a mic to recite poems; their own and ones they love. This is Peel Street Poetry, a weekly poetry group, celebrating its 10th birthday this month and going from strength to strength.

Peel Street Poetry was born out of, as can be expected, a passion for poetry – if in a somewhat unconventional fashion. “Nashua Gallagher [the co-founder] was at school at the time,” explains the group’s MC, Henrik Hoeg. “She was really into poetry and had found a poetry event in a bar. She was underage, but went in anyway and claimed she was 28, and they were like ‘okay, no problem’. So she went every week and read poetry, met co-founder Keith [McMullen] and they set this up together. You have to live outside the law sometimes,” jokes Hoeg.

Now in their second decade, the group has shuffled around the bars of Soho and Central, from Joyce is Not Here to Peel Fresco and are now based  in LKF’s Orange Peel. They boast over 500 followers on Facebook, but things haven’t always been smooth sailing. “Peel Fresco eventually kicked us out because our numbers were dwindling, so when we moved over to Orange Peel I started working on a lot of behind the scenes stuff to get us involved with other events,” reveals Hoeg. “Most notably, this year we got into TEDxWan Chai Women, which was amazing. Four of us performed there and that was wonderful. We also did events for Black History Month in February and recently got involved with The Other Hundred entrepreneurs event. Summer is normally our quiet time, but this year we’d been getting crowds of around 40, just for regular open mics!”

Poetry can often be associated with academia and the highest echelons of the literati. However, Peel Street Poetry scrap those stereotypes so everyone can get involved. “On a normal Wednesday night,” Hoeg assures us, “you’re going to walk into a jazz bar in Lan Kwai Fong with really, really friendly people. A really absurdly diverse group of people, who have all themselves had that first time when they got up and are all very aware of the fact that it’s very hard the first time and that it does take a lot of courage. So naturally, whenever someone gets up and it’s their first time reading, people are just very happy to support them.” Hong Kong is a city with vast pools of untapped creatives and Hoeg and the rest of the group are trying to encourage that as much as possible. “The city has a reservoir of young poetic talent, so we’re trying to make the group not feel like a ‘group’ by letting people in immediately. We don’t want little friendship circles to form. We’re all about inclusivity.”

So where does the group demarcate the line between rap, spoken word and poetry? “I think the common thread through all three is the desire to express something in a different way, and very often more honestly,” says Hoeg. “The differences are mostly stylistic to me; hip-hop using beats, flow and rhyme; spoken word emphasising emotion and use of voice; and poetry being more of a catchall. If you were to show up on any given Wednesday, I think you would describe what most of our poets do as both poetry and spoken word. Elements of rap enter in to a lot of poets’ works. Last week we had two poets who did pieces that were definitely closer to Kendrick Lamar than William Wordsworth.”

Hoeg’s hard work has certainly paid off. In September he received a HKELD Heart award from the local arts blog for the passion he puts in to Peel Street Poetry and was simultaneously the site’s Artist of the Month. The person who nominated him for the award credited him with putting Peel Street Poetry on its feet.

While the group primarily recite English poetry, other languages are always welcome, with many of the poets reading translations of popular English poems. Head over, sit back with a beer and watch some of the city’s most passionate poets perform. Their 10th anniversary party is on Wed Oct 21 – don’t miss it!

Fancy becoming the Keats or Wordsworth of the 21st century? Hoeg gives us a little glimpse into how he gets started…

“A long commute is the mother of poetry. Like any diligent digital age poet, I horde these little one-off lines and ideas for poems in the memory of my mobile phone. I then return to them when I need inspiration. The other great source of inspiration is, of course, reading. Often, writer’s block is actually reader’s block, and instead of fretting over the blank page you serve yourself better by going and reading the lines of someone else’s world.”

On the walkway buskers play atop roads,
An old woman stands alone, condoned,
Hawks weary resignation, at the
hand of law’s inferiority complex,
He reaps her charge,
Broken zip agape on frayed coin pouch,
It makes my face, as hers looks lost.

They say these people always fall,
if only it were my call.

Spit-laced words fade to a far
Cobbled, concrete seat,
I see this member of the enforcement of peace,
Amongst the discontented,
Twilight years, gout-swollen-face, burnt-bitter tobacco,
Desecrated,
Discarded,
Old, stagnant and cold.

Other poetry and prose groups to check out

Kubrick
This is primarily a Chinese language poetry group. They meet on Sundays in
their favourite café, the Kubrick next to Yau Ma Tei’s Broadway Cinemateque.
kubrickpoems.blogspot.hk

Liars’ League
If you’ve got a colourful imagination and like coming up with the most unlikely of tales, check these guys out. Their spoken word evenings invite writers to submit their stories, which are then performed by thespians on the night.
liarsleaguehk.blogspot.hk

Women in Publishing Society
Celebrating all things connected to literacy, advertising and publishing, these ladies host a variety of workshops and book launches. hkwips.org

Hong Kong Stories
Filled with fun anecdotes and cringe-worthy stories from the hustle and bustle of Hong Kong. This is a great way of catching a glimpse of the city through someone else's eyes. meetup.com/HongKongStories