Here are the best restaurants, cafés and bars you’ve voted for in the new Time Out KL Food & Drink Awards 2016

The Time Out KL Food Awards has always been about celebrating the best cafés, restaurants and cheap eats the city has to offer. This year, the industry has grown exponentially as we witnessed a renaissance in our local drinking scene, with cocktail bars taking charge. As such, we realised it was time for the Food Awards to evolve; hence the new Time Out KL Food & Drink Awards. With this, we have added three new drinking categories, namely Best Beer Bar, Best Cocktail Bar and Best Neighbourhood Pub.

The fundamentals of the Awards remain the same – this is still 100 percent nominated and voted by the public. It started with open nominations in July 2016 when the public submitted their favourite cafés, restaurants and bars in the respective categories. From the submissions, we tabulated a shortlist and opened it up for a final round of voting to determine the winners, which closed on October 31. And here it is: The winners of the 2016 Time Out KL Food & Drink Awards, as voted by you. 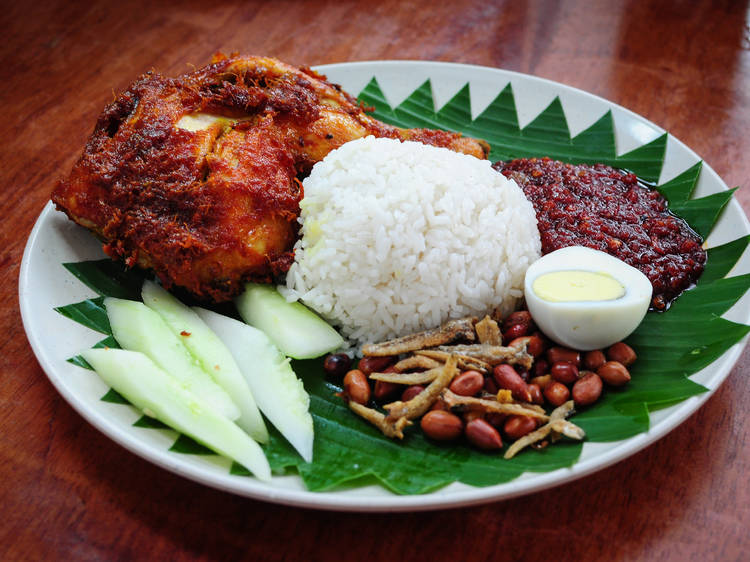 As featured in Time Out KL’s ‘101 things to do’, the familiar favourite is everyone’s go-to for nasi lemak ayam goreng. Come prepared for the crowd and the lack of available seating during the lunch and dinner rush. The famed fried chicken, which won ‘Best Ayam Goreng’ in 2014, is a flavourful, simple affair; think crispy, thin films of spiced skin and moist meat in the middle. Village Park defends its title for ‘Best Malay/Malaysian’ this year, which goes to show that while the nasi lemak ayam goreng is the star of the show, the assam laksa, lontong and Penang prawn mee are equally exciting choices. 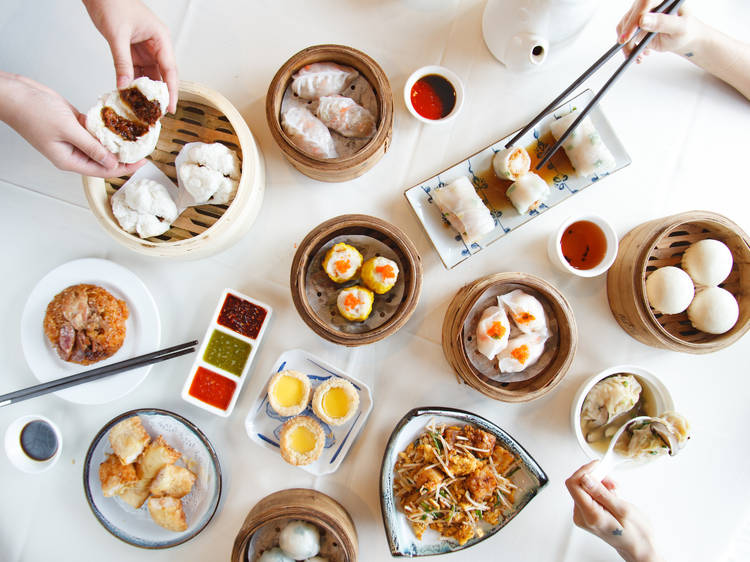 There’s never a weekend lull at The Ming Room. Diners clamour for the freshest dim sum as attentive staff ferry baskets of har gao, siu mai, and piping hot baos in their pushcarts. The restaurant’s technique in perfecting these steamed dumplings has been proven to be well-honed, and the same attention to food can be said about their dinner meals. Constantly filling the perpetually packed space are families mostly there to kick back with the restaurant’s signature dishes such as charcoal-grilled spare ribs, pan-fried ibérico pork chop, and barbecued suckling pig. The Ming Room aims to please with an understated elegance as well as culinary finesse, and it brazenly shows. 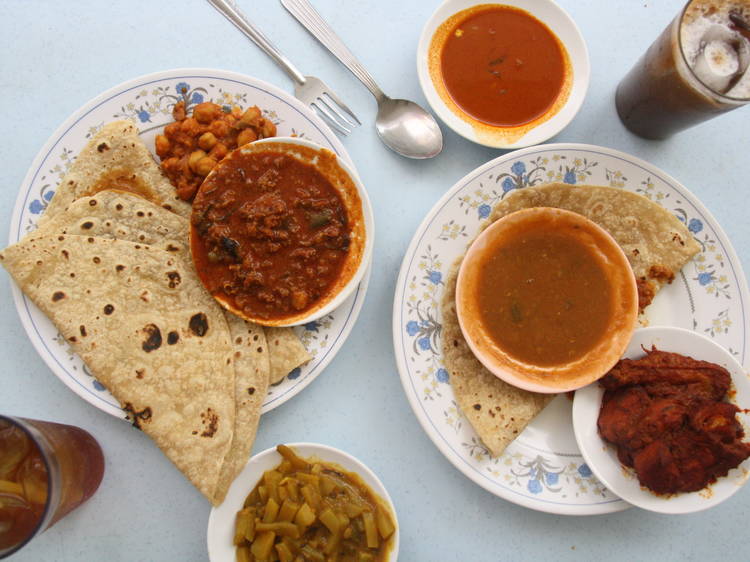 The freshly made, fluffy chapattis here have patrons seated at rickety plastic folding tables crowding the sidewalk on Jalan Tun HS Lee. Join the queue for chapatti hot off the griddle, pick your sides (you won’t go wrong with mutton keema or chicken varuval), and then pay at the end of the counter. Don’t forget the Punjabi-style tea. 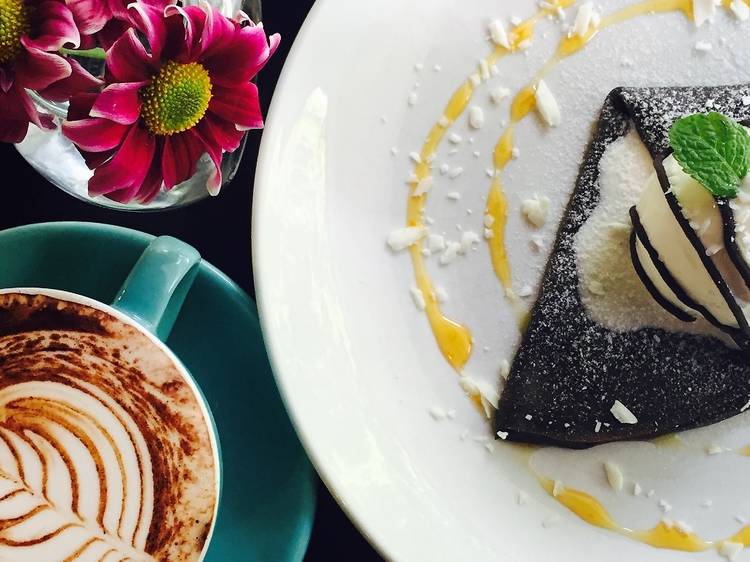 What started out as a crêpe specialist has grown in size (the space has expanded) and menu – now offering other savoury dishes such as roast chicken and even Korean fried chicken crêpes. Scoring across all fronts – service is friendly and attentive, coffee is top-notch, dishes are creative and come in generous portions – Strangers at 47 is definitely no stranger in our hearts. 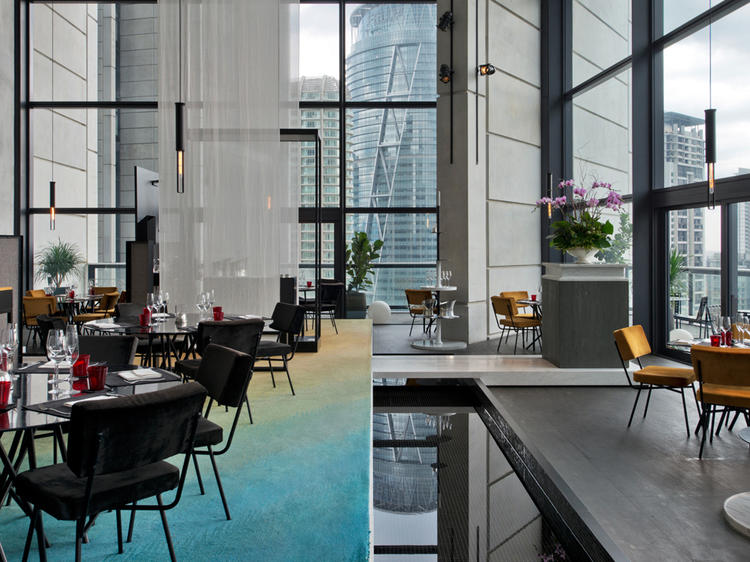 Dining at Cantaloupe is an occasion. The view of the Twin Towers is sensational, but its modern European degustation menu is equally as inspiring. The menu changes seasonally, but the best part is, you get to customise your four-, six- or eight-course dinner from an elaborate list of 24 dishes. The food, all beautifully plated, is inventive and above all, showcases the freshest produce using modern cooking techniques and preparations. Whether you’re out to treat yourself or to impress a date, the faultless service will make your meal a memorable one. 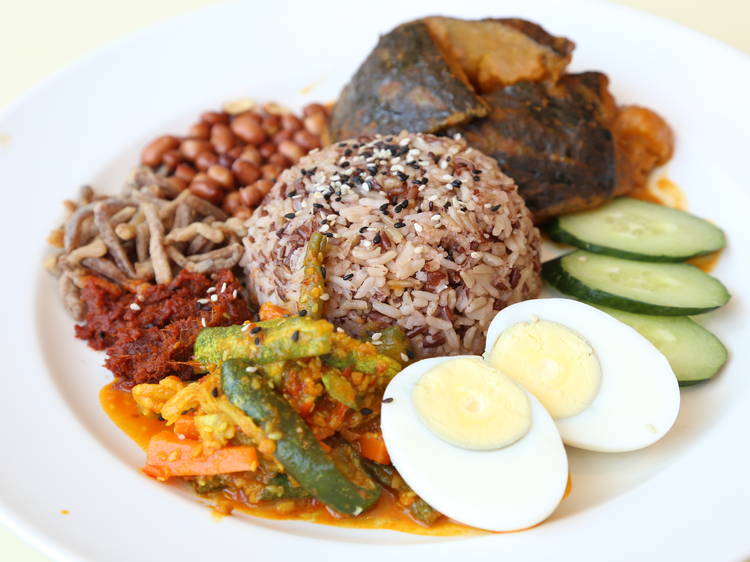 Food at Simple Life isn’t typically robust. After all, this is a vegetarian restaurant peddling organic, healthy meals while keeping their sodium, sugar and oil levels low. But you’d be surprised that most dishes are substantial and richly flavoured, like their nasi lemak, lei cha with brown rice, curry laksa and popiah. A healthy meal need not be veggie-centric, and Simple Life’s extensive repertoire (think mushroom charcoal pizza, fried mango rolls, egg burger) proves that offbeat combinations can equally align your dietary needs with your health goals. Simple Life lets their natural ingredients speak for themselves – it’s not often you’ll find a place that gives vegetables the royal treatment. 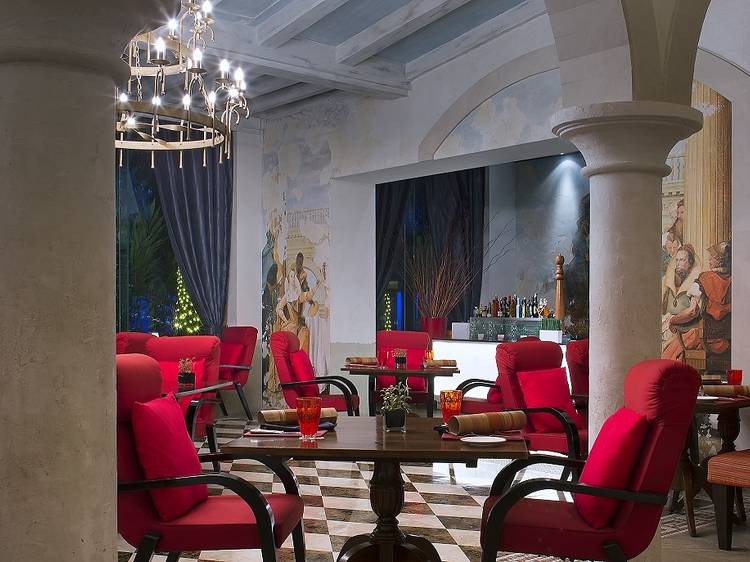 Le Méridien KL’s Italian restaurant may not get the same recognition as the hotel’s other more popular restaurants (Prime and Latest Recipe), but it’s slowly coming into its own. Favola’s interior is inspired by the Renaissance period, with a preference for Venetian aesthetics, hence the decorative carnival masks on the wall that greet you on arrival. The menu leans towards Venetian cuisines as well, with seafood and risotto taking prominence. Try the squid ink risotto with sautéed lobster, or the baked seafood pasta with tomato sauce and fresh herbs. 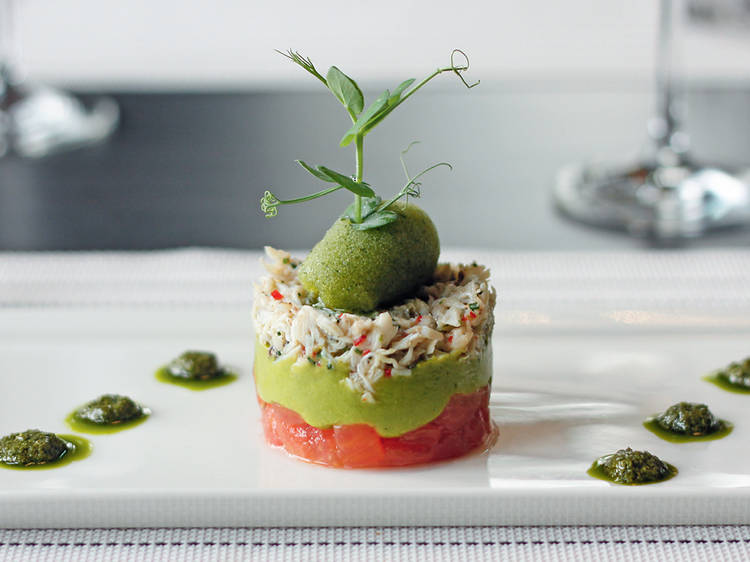 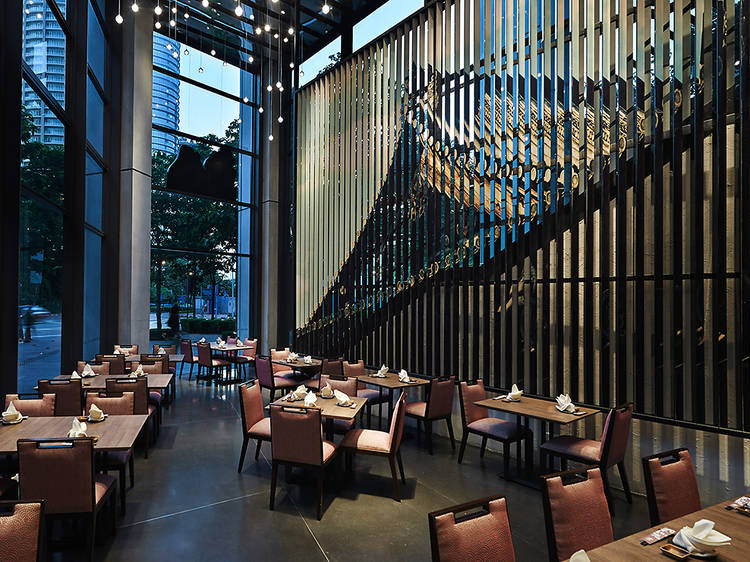 From bento sets to omakase menus, Kampachi is understandably one of the most popular Japanese joints in KL. From its days at Equatorial Kuala Lumpur, Kampachi has opened a few outlets including Pavilion KL, Plaza33 and its stunning flagship at The Troika, all with the highest standards in sushi and service. For a better deal, go for its Sunday buffet brunch. Don’t miss the handmade soba. 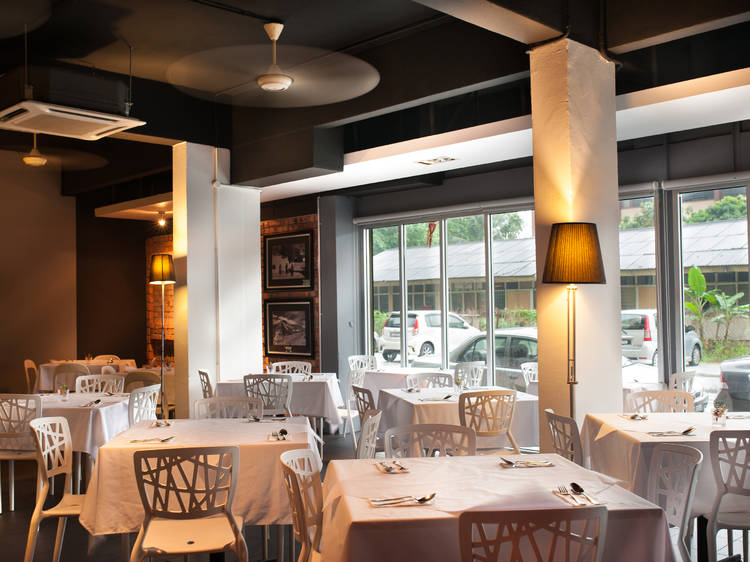 The neighbourhood Thai restaurant for those weekday tom yum cravings has clinched the win again this year, nearly one decade after its opening. Tuck into timeless signature dishes such as the green curry chicken, pan-grilled chicken thigh drizzled with panaang gravy, roasted duck curry, tom som, and salt-baked whole sea bass with myElephant’s signature green chilli sauce. Wash it down with a tall glass of pandan cooler to beat the heat. 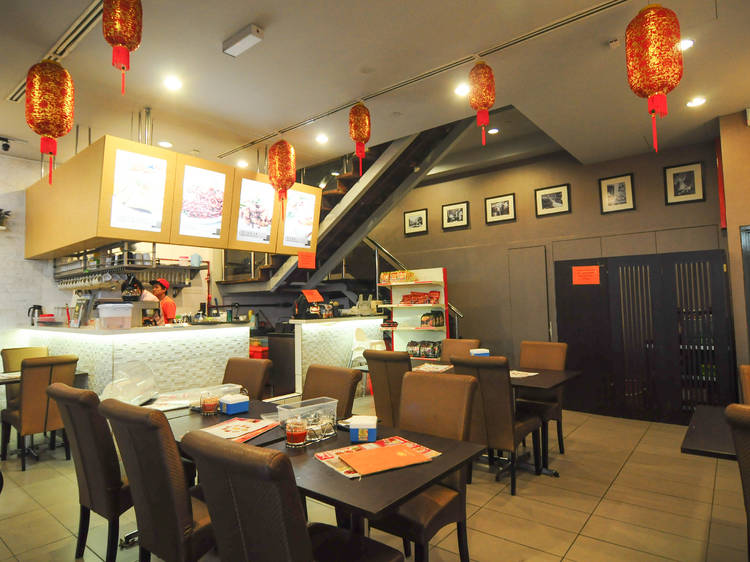 You don’t go to 1977 Ipoh Chicken Rice for surprises; the staff have been doling out their signature nga choy kai for years, and they do it well. The steamed chicken – succulent and swimming in a shallow pool of soy sauce – has secured 1977 Ipoh Chicken Rice the top spot on the podium this year, but lest we forget: the crunchy, juicy bean sprouts (nourished with water from Ipoh’s limestone hills) is a strong sidekick for the star dish. For a super-sized meal, order also the char siu, siu yuk, pork balls, and stir-fried lala in superior soup (a seasonal special). 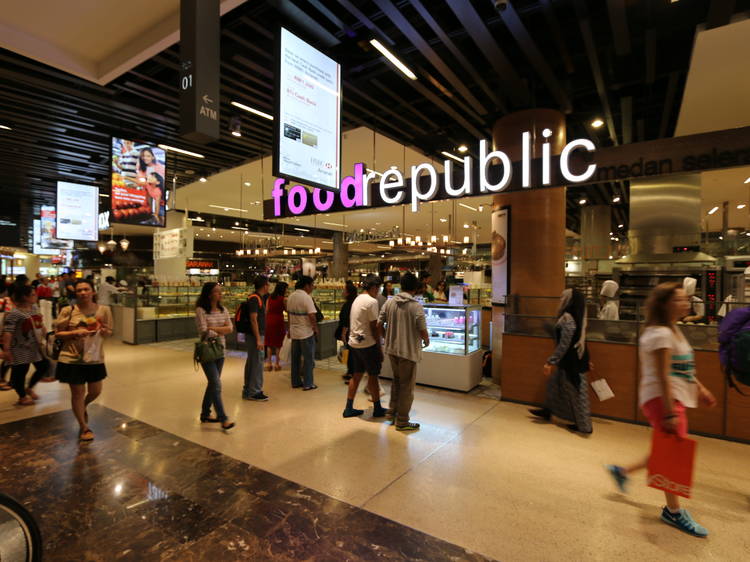 For the undecided, amble down the long, sprawling aisles of Food Republic, which offers a motley range of restaurant-quality meals and hawker fare under one roof. The lively food court is heaped with vendors who trade in trendy dishes from Korean bibimbap and Taiwanese beef mini steamboat to belly-warming, comfort meals such as chilli pan mee and tom yum goong. If you’re cheered by the idea of desserts before heading back for more shopping, durian egg tarts, coconut shakes, tau fu fah and a variety of fruit shaved ice abound. Prepare to let your belt out a notch. 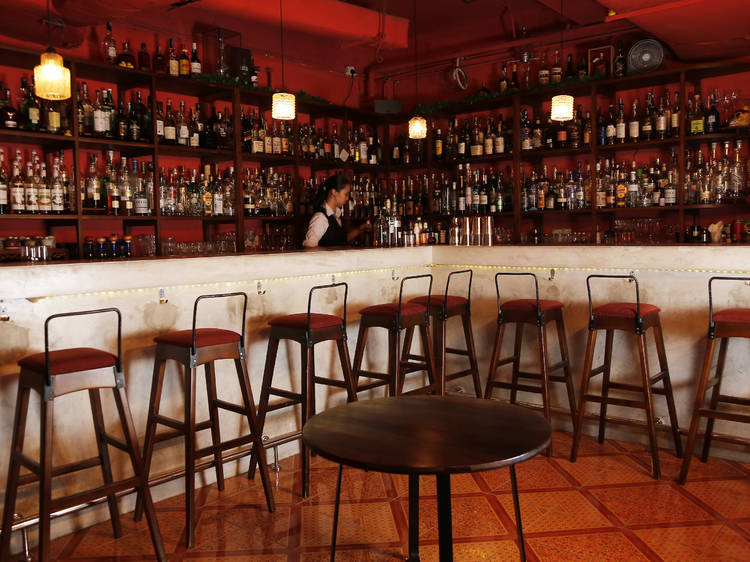 By now, the city has seen more than its share of secret entrances, suspenders and stirred spirits – but Omakase + Appreciate is no simple speakeasy. Shawn Chong and Karl Too – the award-winning mixologists behind the bar – practise an ‘omakase’ format here, as per its name; it means ‘I’ll leave it to you’ in Japanese, and it also means that the duo will conjure up a cocktail created just for you and to your preference. This win is a well-deserved one, following Omakase + Appreciate’s recent placing in the top ten of Asia’s 50 Best Bars list. 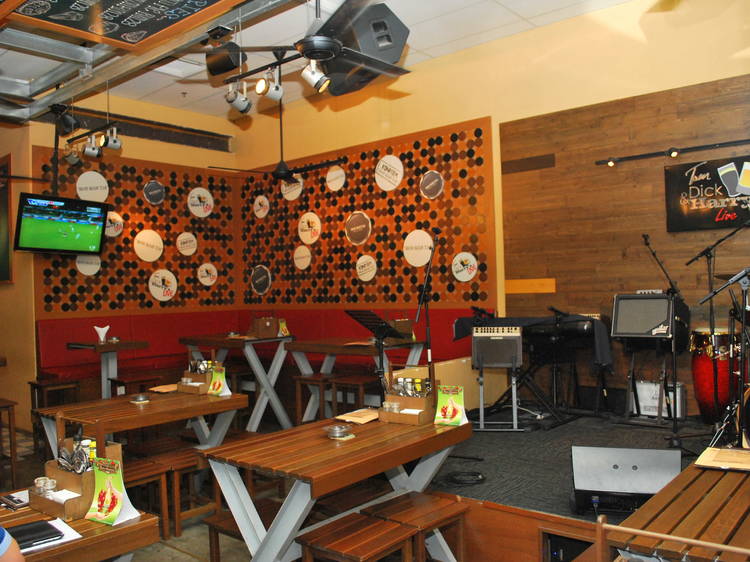 Tom, Dick & Harry’s has become an institution of sorts in the neighbourhoods it occupies. A friendly, unpretentious atmosphere coupled with lively entertainment options of music bands and screenings of sport games, TDH is a dependable option for a good night out. And now, the KL public is awarding this bar with another accolade, due to its commendable selection of not just your usual commercial lagers but also imported German and Belgian beers, available in both draught and bottles. 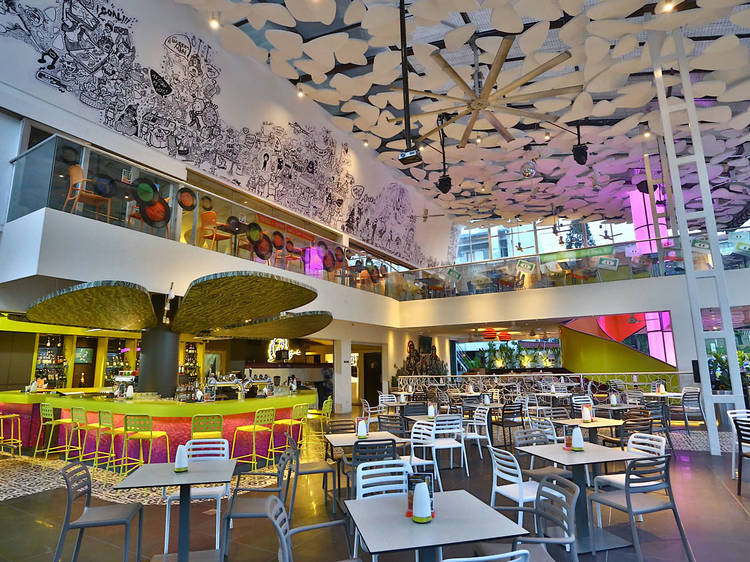 What started out as a small bar/pub has grown to become one of the most trusted names for a fun night out, with highly popular outlets in three neighbourhoods: Ampang and Bangsar South, in addition to the original in Hartamas. There’s a wide ranging food and drink menu that caters to everyone, and coupled with a lively vibe plus good entertainment , you’ve got a winning formula that draws in the crowds, even on week nights. It’s no wonder SOULed Out has gotten the majority vote from our readers to win the ‘Best Neighbhourhood Pub’ award.