…that have been announced so far. Get booking for the stand-up shows we’re most looking forward to over the next 12 months 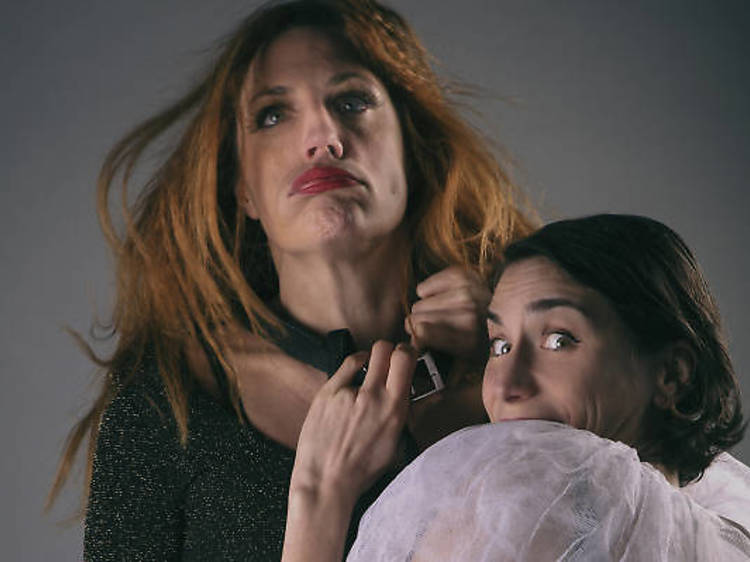 Bizarro comedy duo Twisted Loaf – made up of Nina Smith and Libby Northedge – are almost impossible to describe… but we'll try our best. 'Stale Mate' blends physical comedy, clowning, performance art and dark humour. The result is a strange stream-of-conciousness where you're never quite sure what'll happen next. They're a pair of totally twisted idiots.
Read more
Buy ticket 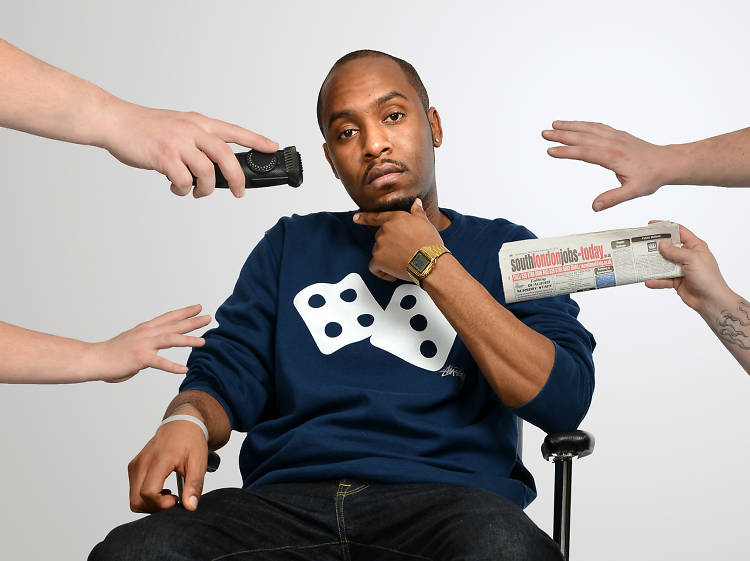 South-east Londoner Dane Baptiste – who was nominated for Best Newcomer at the Foster's Edinburgh Comedy Awards in 2014 – follows up that gong-nominated debut with an insightful, thought-provoking new stand-up show. In 'Reasonable Doubts', the slick, assured comic tells personal stories and tackles racial politics, all with an easygoing delivery. He's confident without being cocky, and has plenty of smart material.
Read more
Buy ticket
Advertising 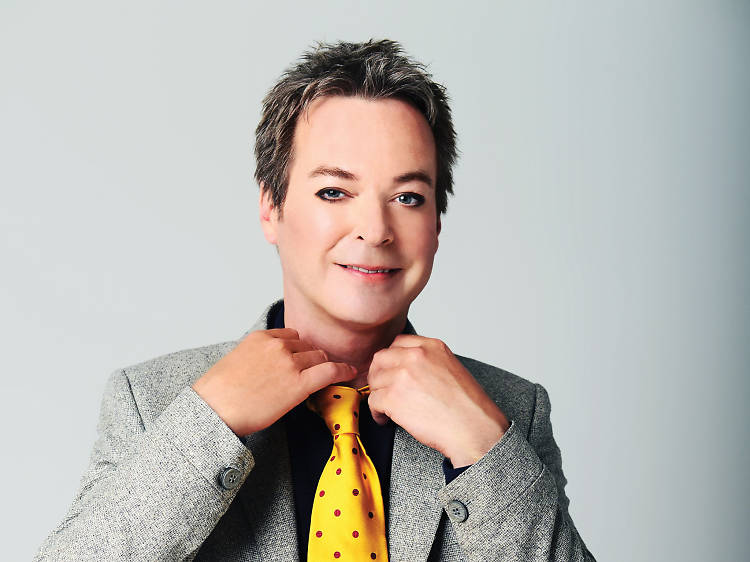 14. Julian Clary – The Joy of Mincing

The fabulously filthy Julian Clary has been at this comedy game for 30 years now – 30 years! – and he's celebrating with a big new tour, 'The Joy of Mincing'. The 56-year-old comic's trademark smart, innuendo-heavy stand-up is a treat. He's pretty much a national treasure.
Read more
Buy ticket 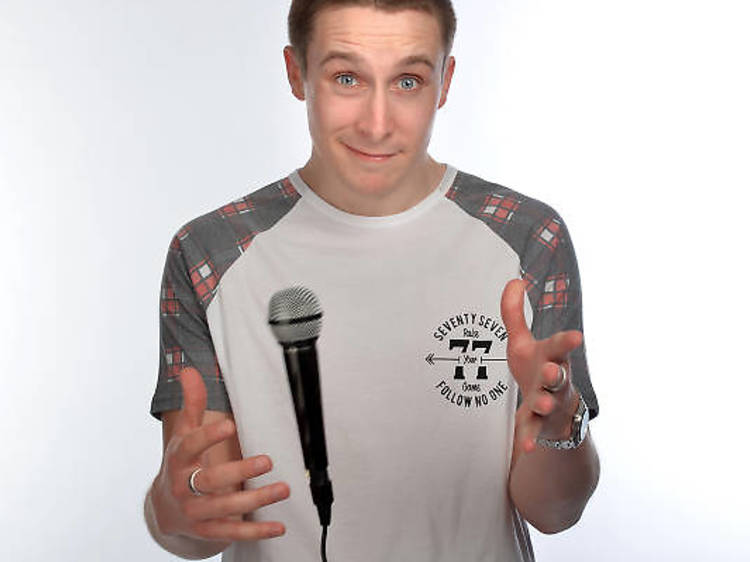 Glaswegian comic Larry Dean bagged a Best Newcomer nomination at last year's Foster's Edinburgh Comedy Awards for this impressive debut solo show. Dean's 'Out Now' is a warm, intimate storytelling hour about coming out to his parents as a 'bender' (his words). It's a no-nonsense tale, simply told, with punchline after punchline every minute. Definitely one to watch.
Read more
Buy ticket
Advertising 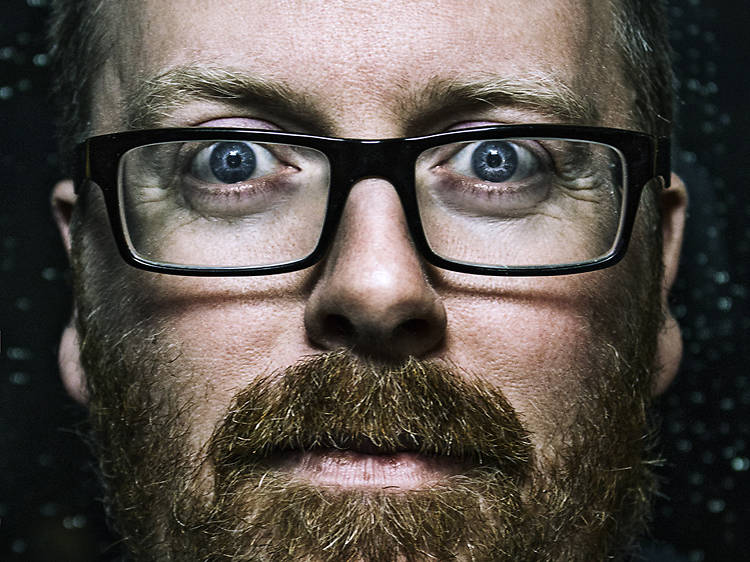 He said he was quitting stand-up a few years back, but Frankie Boyle's obviously changed his mind. He's bringing his new show, 'Hurt Like You've Never Been Loved', to the Eventim Apollo Hammersmith in 2016. He was once known as the smirking shock-jock on 'Mock the Week'. But more recently Boyle's become increasingly honest and political, as shown in his excellent Guardian column. Not that Boyle's toned down the black humour. The Glaswegian stand-up is still as vicious as ever. But his targets have changed, and he's more heartfelt.
Read more
Buy ticket 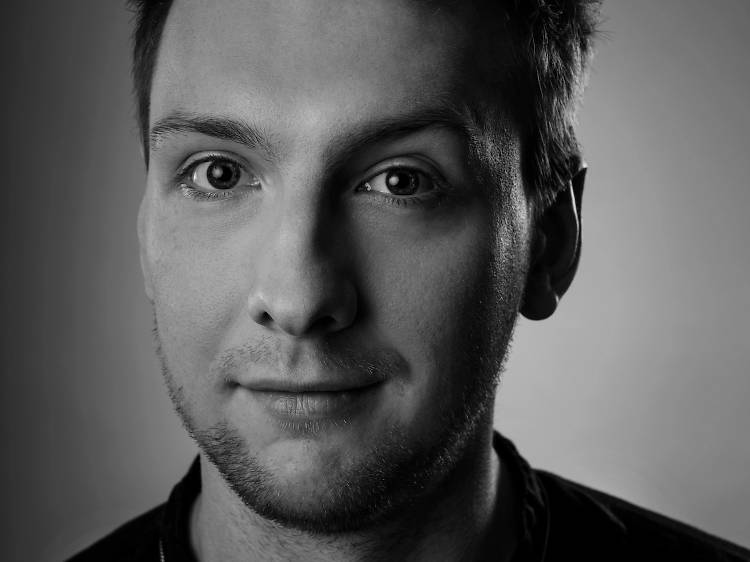 Another typically punny show title from ever delightful stand-up Joe Lycett. The TV regular was nominated for Best Newcomer in Edinburgh in 2012, and his shows are always a hoot. Lycett is cheeky, relaxed, and mixes delightful stories and observations. An hour or two in his company is very pleasant indeed.
Read more
Buy ticket
Advertising 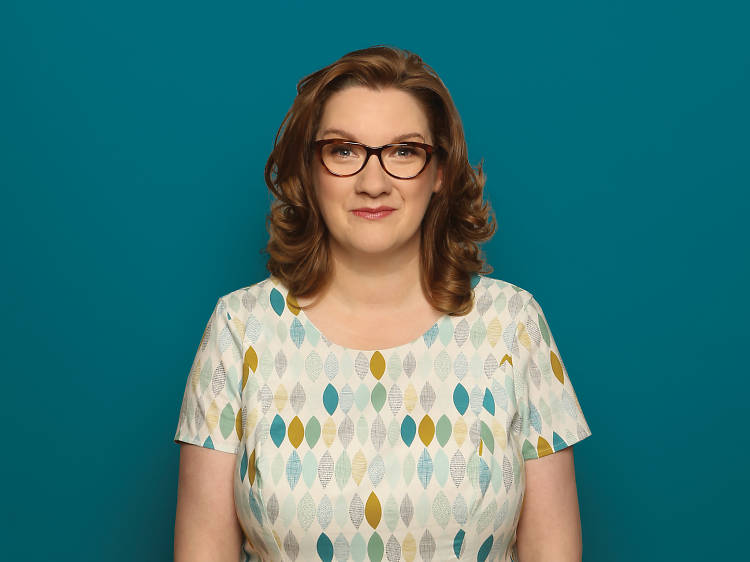 Seemingly sweet and properly filthy comic Sarah Millican is back on the road, with 'Outsider', which she's bringing to the Hammersmith Apollo. The BBC Two-starring stand-up has been one of the most popular comics in the country for a good few years now. She could fill arenas, but Millican chooses more intimate theatres instead, which fit her cosy, welcoming style.
Read more 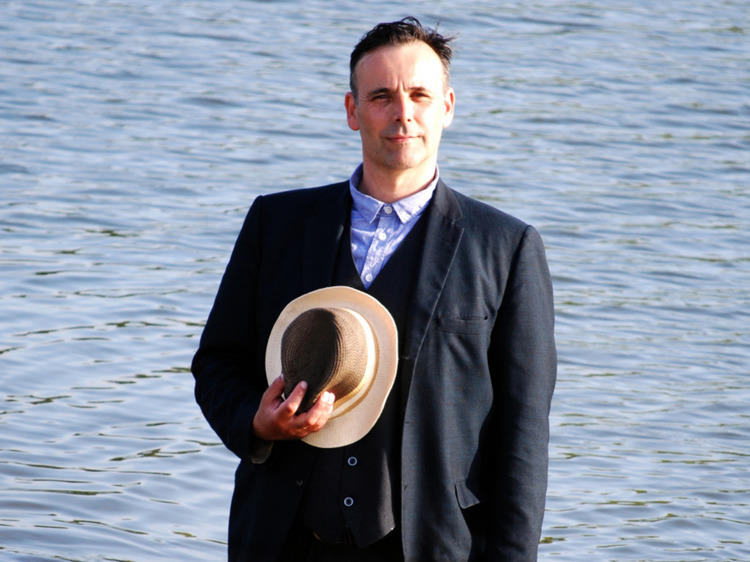 Robert Newman – who, with David Baddiel, was the first comic to fill Wembley Arena back in 1993 – returned to stand-up a couple of years ago with a stand-up show/lecture 'New Theory of Evolution' – and it was rather excellent. Now the erudite comic's back with a new show, 'The Brain Show', exploring whether some grand claims made by neuroscience are true via proper scientific facts and whimsical comedy. You'll laugh and learn at a Rob Newman show.
Read more
Buy ticket
Advertising 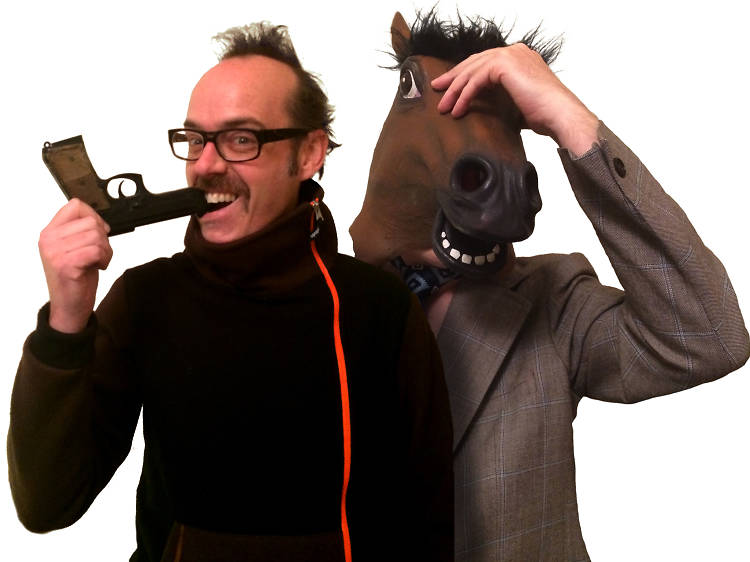 Mad-ass stand-up Seymour Mace bagged a Foster's Edinburgh Comedy Award nom at last year's Edinburgh Fringe for his anarchic, very silly show, 'Niche as Fuck!' It's a seemingly random hodge-podge of ideas: bizarre faux-gameshows, lip-syncing puppets and catchy jingles (you won't forget 'Is your name Gary?' in a hurry). Now Mace is bringing the show to London for a two-week run. But, even with hundreds of tickets to sell, he's still niche as fuck, okay?
Read more
Buy ticket 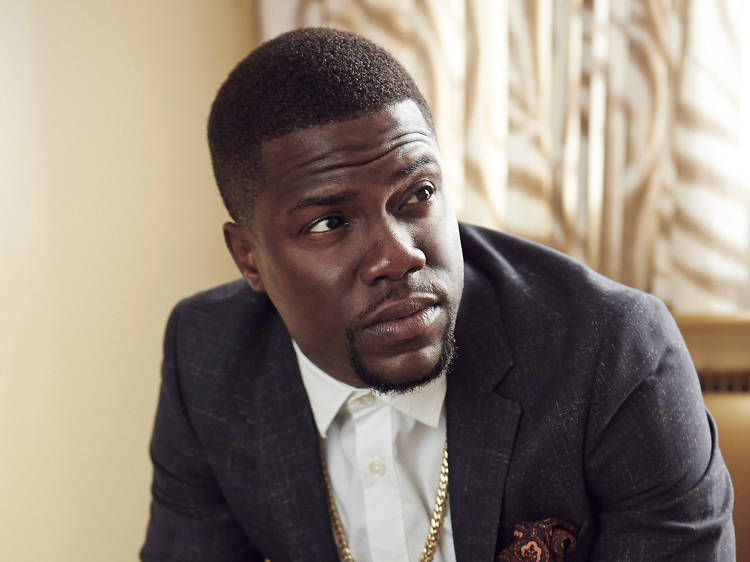 Box office-smashing US comic and actor Kevin Hart is having a quick arena fling with London, playing both Wembley and The O2. He might be small in stature but this fast-talking US comic is fast becoming a comedy giant, chalking up box-office hits ('Get Hard', 'Ride Along') alongside his globe-straddling stand-up success. He can fill massive venues across the globe, and these London shows will sell out.
Read more
Buy ticket
Advertising 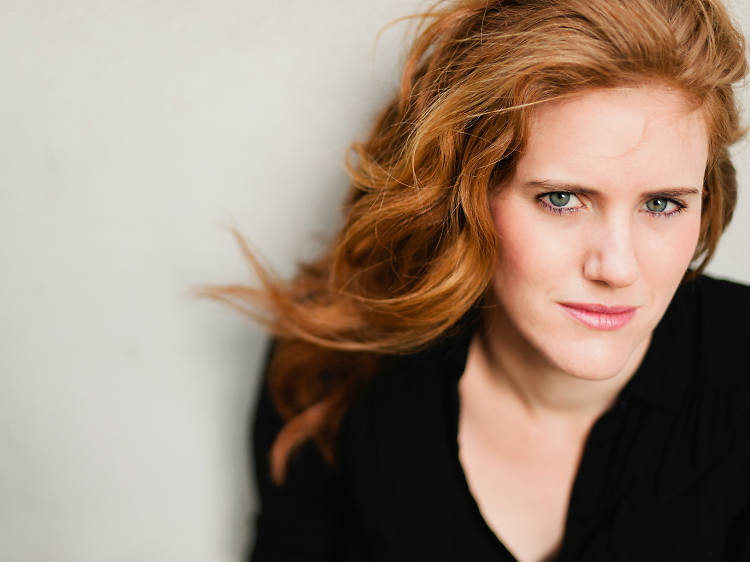 6. Sarah Kendall: A Day in October

Aussie stand-up Sarah Kendall was nominated for the 2015 Foster's Edinburgh Comedy Award for her latest, touching storytelling show. It's an intricately woven and beautifully told tale, mixing fact and fiction about her high school years. It's crammed full of laughs, too, even in its most sombre moments. Hugely impressive.
Read more
Buy ticket 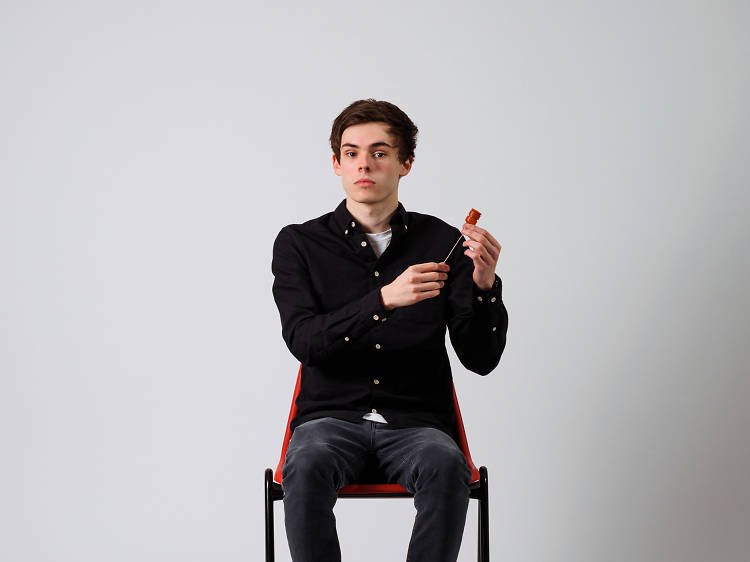 24-year-old stand-up Rhys James is a young, white, middle-class, straight male – or 'a royal flush', as he says. But despite being one of hundreds of 'royal flushes' on the comedy circuit, he stands out thanks to his dense, elegant writing. James skillfully manipulates words and phrases, either playing up his intelligence or masking it behind goofy one-liners in which he doesn't realise he's the butt of the joke. He's a whip-smart dickhead.
Read more
Buy ticket
Advertising 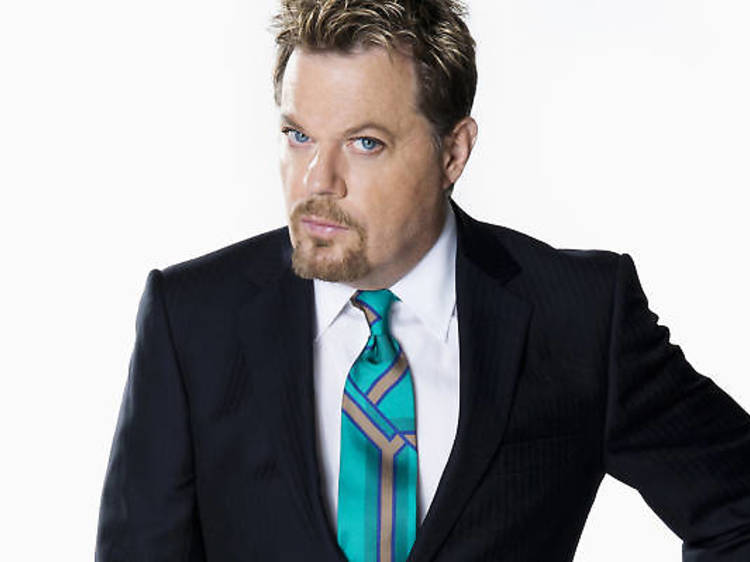 Following his arena dates back in 2013, and a massive world tour, globetrotting comedian (and future Mayor of London?) Eddie Izzard settles in for a London West End run with a 'reloaded' version of his show, 'Force Majeure'. It's the most extensive comedy tour ever, having taken in 28 countries and performed in four languages. Before he packs in stand-up for a career in politics, here's a rare chance to catch Eddie Izzard in a (relatively) intimate venue. Highly recommended.

Read our interview with Eddie Izzard 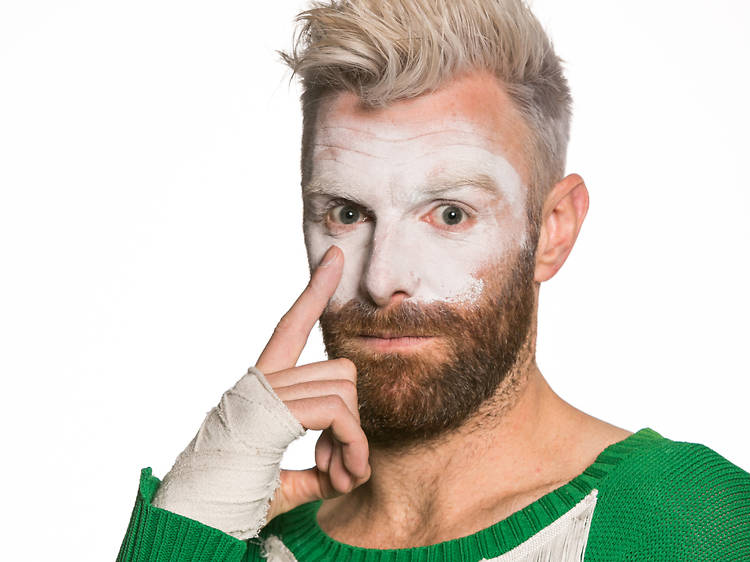 Mime is cool now. Honest. And this New Zealander proves it. Rubber-limbed clown Trygve Wakenshaw's latest show 'Nautilus' bagged a Foster's Edinburgh Comedy Award nomination at last year's Edinburgh Fringe. It's a ridiculously funny, hugely inventive 75 minutes of clowning and mime, with a subtle vegan message behind his propless (and largely wordless) skits. It's his most accessible offering yet: a proper sketch show, with returning characters and clever ideas, and it's flawlessly performed.
Read more
Advertising 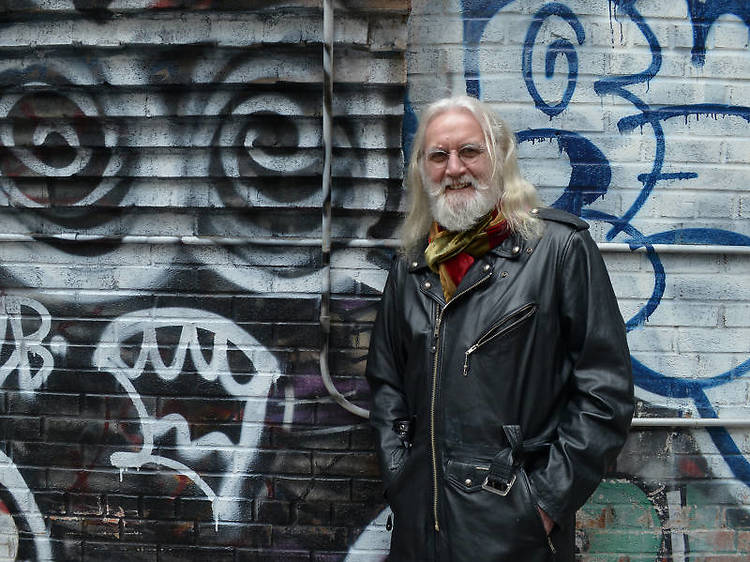 The legend returns! The Big Yin himself, Billy Connolly, hits town with his 'High Horse Tour', playing the Hammersmith Apollo for an extended run. Connolly's one of the all-time greats of stand-up and without him, modern comedy would look very different indeed. Even at the age of 72, the legendary Scot has a wild, manic energy, and is still as sharp as ever.
Read more
Buy ticket 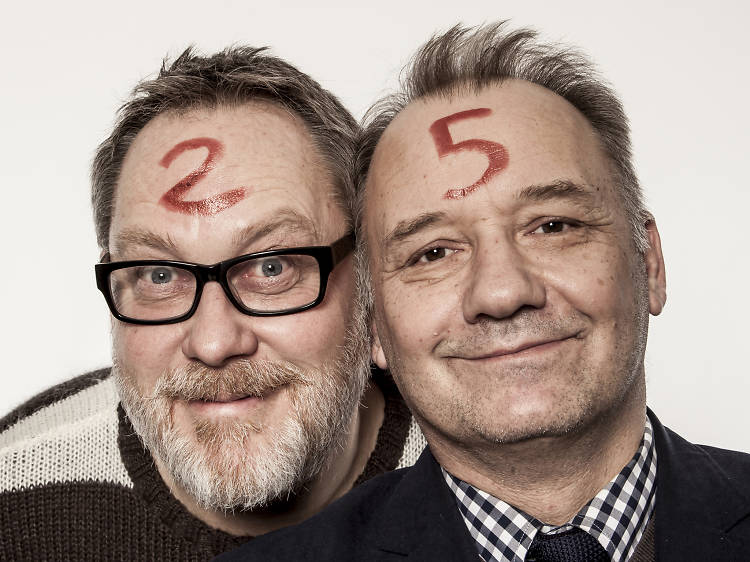 Fingers crossed this actually happens… All of Vic and Bob's autumn tour dates were pulled after Mortimer had triple bypass surgery (get better soon, Bob!). But the 2016 dates are still on, we're told, and we can't wait to see Vic Reeves and Bob Mortimer celebrating their 25 years with their first live in tour in 17 years. The slapstick pair will be performing their favourite bits and skits from their quarter century back catalogue, and Bob's already hinted on Twitter about a few of the characters that could make appearances. Whatever happens, though, it's a rare chance to see these hugely influential comedy loons live on stage. 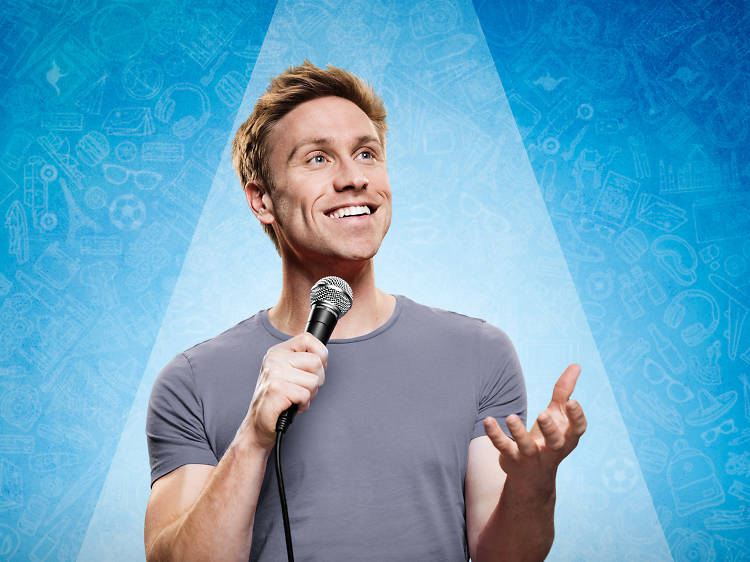