Since moving to London from the North East three years ago, I have been asked the same thing a bazillion times by my friends visiting the city. ‘What do people normally wear on a night out in London?’ First of all, there is no one criteria for a ‘normal night out’ here, and secondly, London is so diverse that the idea of having one foolproof dress-code for the entire place is inconceivable. I was once as naïve as this, and believed that tie dye jeans and three inch flat-forms were a great combo, regardless of where I was off out. I believed nobody really turns you away for wearing trainers. And I had never before acknowledged the existence of cloakrooms. I am older and wiser now, and have learnt from my past mistakes. To help as best I can, I’ve divided the city into five and will advise you what to wear based on where you live.

RECOMMENDED: Buy this today - our pick of the best last-minute buys

What to wear in London 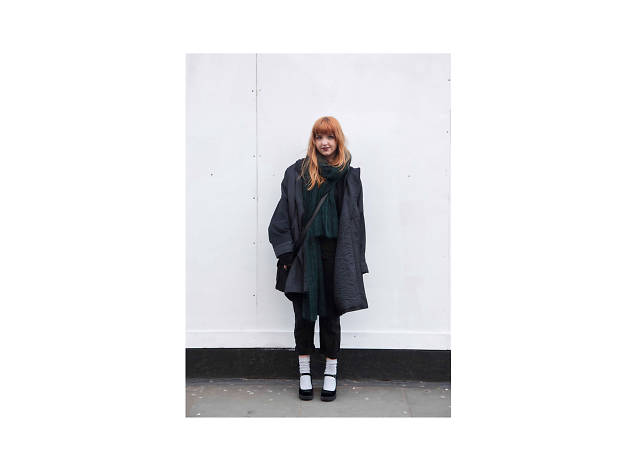 What to wear in north London by Jean Goldsmith

If you’re hanging out in north London, you’re probably going to Camden. You’re also probably heading there from either Euston or King’s Cross, making you a Northerner. Here is my advice to you, my fellow people. Invest in a coat that doesn’t kill your look, because in London, you’re actually supposed to wear one.
Not a flimsy little jacket, we’re talking fully-formed with fastenings and everything. The type of coat your mum always begged you to take with you on your way out. Seriously.

This is particularly applicable if you’re out with native Southerners. There’s nothing worse than getting in, getting stamped, and heading straight for the bar to ask if they sell trebles (SPOILER: they don’t) thinking your team are in tow behind you, only to turn around and realise they've all vanished to queue up for this thing called a ‘cloakroom’. And now you’re alone – and cold – at the bar, ordering a double vodka with a shot of vodka please. So do wrap-up warm, pet.

For Camden don’t try too hard to blend in with one of the area's subcultures if that’s not how you normally dress. You’re not going to gain much respect dressed as a half-arsed goth. 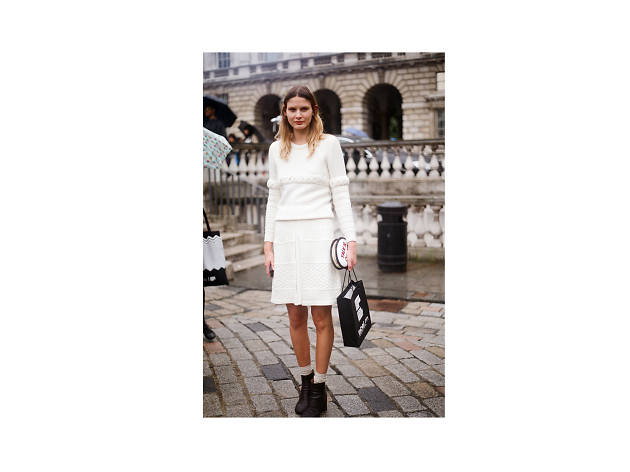 What to wear in central London by Jean Goldsmith

Nobody living in London wilfully travels to a densely populated area like Leicester Square, unless they’re out for a post-work drink. This makes it very easy to spot a tourist. Anybody at 7pm on Friday with suspiciously pristine hair and make-up almost certainly did not just roll out of the office. If you’re sticking to central, by all means plug your straighteners in on your way down the east coast mainline, but if you want to avoid being harassed by promoters and drivers of push carts, stick to something that could be deemed casual-office wear.

Check out the best restaurants in central London 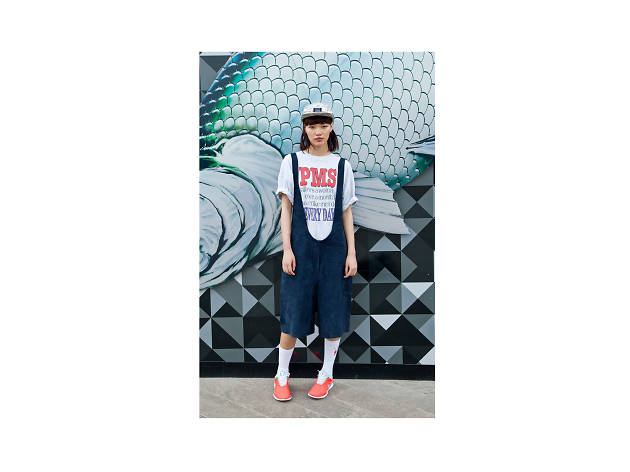 What to wear in east London by Jean Goldsmith

You’re not going to make any pals out east if you’re wearing stilettos and bandage dress. Although house prices are pushing most of the locals to the other side of the Thames, Shoreditch is still the city's hub of creativity, and is filled with art students and people working in the fashion industry. A lace-up neckline might cut it for quirkiness back home, but it's a whole other playing field down here. If you're, like, a style wizard, go totally off-piste with a shiny new fashion thing that nobody else will have seen. If not, make like the rest of us, and wear all black with some loud accessories.  It really doesn't matter if you’re in heels or flats here, just as long as you can tackle the cobbles in them, and they look vaguely interesting. 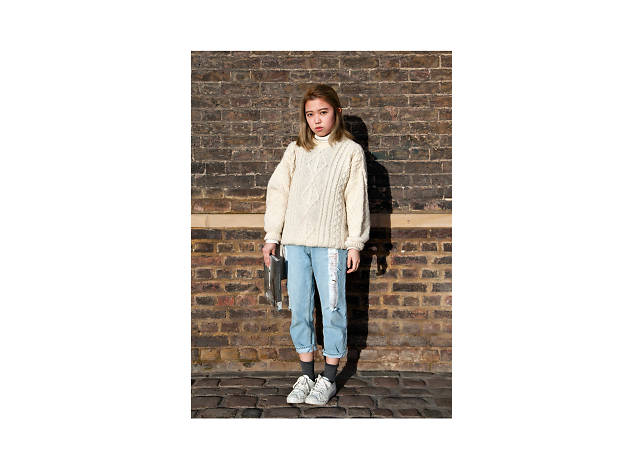 What to wear in south London by Jean Goldsmith

As there's a great deal of outdoor seating and queuing going on, your primary focus for a night out south of the river should be warmth and comfort. Trainers are definitely the best footwear of choice, as it’s likely that you’ll end the night in a snooker hall. South is generally a pretty welcoming part of the city, so there’s no need to worry about dress codes or not being let in. If it’s acceptable for a trip to the supermarket, then it’s most certainly glam enough to wear out in Peckham. Scrape your hair back, stick on some jeans and an old knit. Et voila.

Find a restaurant in Peckham 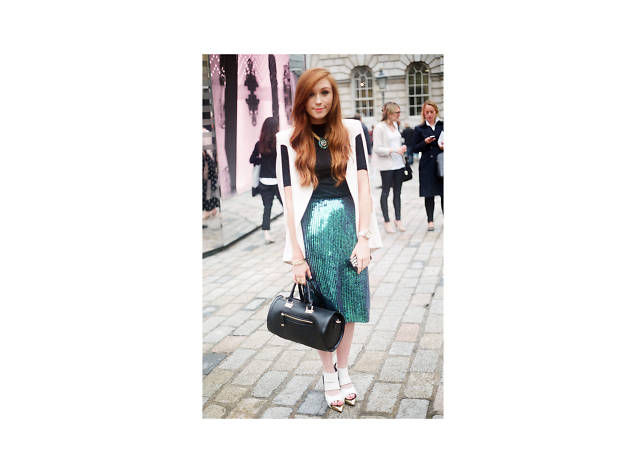 What to wear in West London by Jean Goldsmith

Unlike south, there’s no way you're getting in wearing your scruffy old trainers here. A lot of these clubs are painfully difficult to get into, with a lot of made up rules about who can or can’t come in. Presumably, as you are a visitor in the city, you are yet to have been put on a guest list by a mate promoting a night on Facebook or a guy you matched with on Tinder who actually just wanted your digits so he could text you ‘****THIS WEEKS PARTIES****’ every Sunday night. This means you’ll be relying on the generosity of the club’s door girls to get in. To dodge the risk of trekking to the capital to be turned away, stick to something simple, dressy, colourful enough to definitely NOT be workwear – a bandeau dress usually cuts it. For hair and make-up, think very Kardashian-Jenner, but more Kendall than Kylie. Good luck.

Find a late-night bar in London 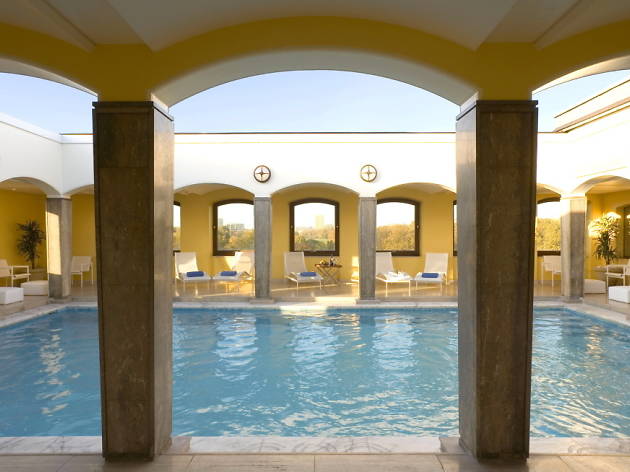 London is vibrant, varied, exciting, seductive, sprawling... and just a little bit exhausting. At some point, you're probably going to need to pause to unwind.