It's finally here: Benedict Cumberbatch as Hamlet at the Barbican. The biggest theatre event of the year pairs Shakespeare's greatest play with the most famous British actor in the world right now. Benedict Cumberbatch is starring as Hamlet and it will have his army of fans (and most of us normal people) excruciatingly excited.

Our handy hub should answer your every 'Hamlet'/Cumberbatch question. Here's some just for starters, in case you've been under a rock for the last year:

What is 'Hamlet' at the Barbican?
The greatest play ever written, duh. See our 'Everything you wanted to know about 'Hamlet'' guide below.

Can I still get tickets to 'Hamlet' at the Barbican?
'Hamlet' is completely sold out, but there are ways and means to get in. See below. 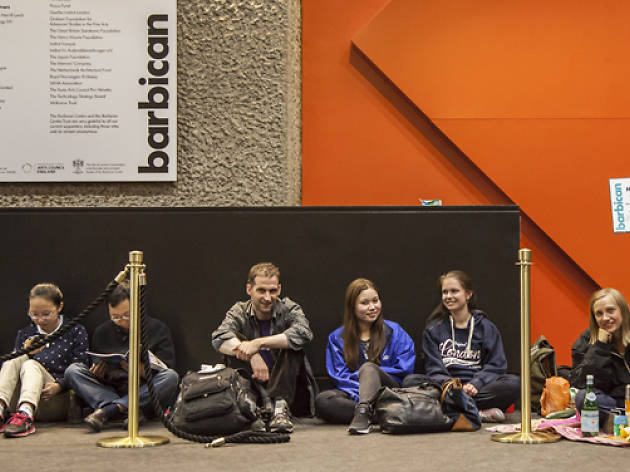 The theatre world is all abuzz with excitement at the fact that Benedict Cumberbatch is  treading the boards as Hamlet. Tickets to Lyndsey Turner’s production at the Barbican all sold out last year, but there are still ways of getting to see the ‘Sherlock’ star in all his glory. One of those is nabbing one of the 30 day seats being sold to punters in person at the box office on the day of the performance. With the news that, on the first preview, someone began queuing up at 3pm for tickets for the following morning, I went down to see what the secrets of the day seat queue really were. Here’s what I learnt based on that one night. (NB: this is a rough guide, who really knows what other nights will be like.) Don’t turn up at midnight. The Barbican don’t want you to, you don’t want to, Benedict Cumberbatch doesn’t want you to. It’s a long time till the box office opens at 10.30am, and it’s not nice trying to stay awake on the streets. I got there at 11.30pm. I was the first person there and there were only three more people who arrived until around 3am. Do get there around 4am. On the second preview night when I queued, most people began to turn up between 4am and 5am. 5.20am was too late – there were already 15 people in the queue (there are only two tickets per person).  Do wait, even if the queue is already 15-people-strong. The queue for £10 day tickets turns into the queue for returns. Which basically means that you may have a chance to get returns if you stick with 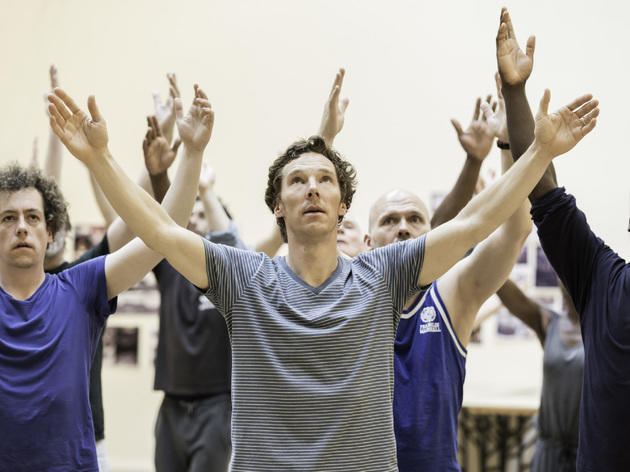 What is the big deal with ‘Hamlet’ at the Barbican?It’s the single greatest piece of literature in the English language, is what. But is it, though?It’s got as good a claim as anything else.  Why?Shakespeare’s longest play is widely regarded as his masterpiece, and after four centuries it’s become so entwined in our culture and language that it’s almost impossible to imagine a world without it. There are many reasons why ‘Hamlet’ is great, but perhaps the most irrefutable one is that aeons of belief in its greatness have made its greatness an indelible cornerstone of a society that has been shaped by its words and morality. It is as important a story as the Bible, or 'A Christmas Carol', or the origin of Batman. RECOMMENDED: 'Hamlet' at the Barbican guide What the cock are you talking about? What’s the plot?Danish prince Hamlet meets his father’s ghost, who reveals he was murdered by Claudius, now installed as Hamlet’s stepdad. Hamlet resolves to have violent revenge, but he takes his sweet time about it, and as a result basically ruins the life of everyone else in Denmark. And what’s good about that? Are there explosions?It’s a sprawling philosophical revenge thriller that manages to interrogate the nature of life, death, sanity, madness, love and what it is to be human, while packing in probably Shakespeare’s most gripping and memorable plot and characters. It is by any measure one of the greatest works of poetry ever written in any language. It is endlessly adaptable. An 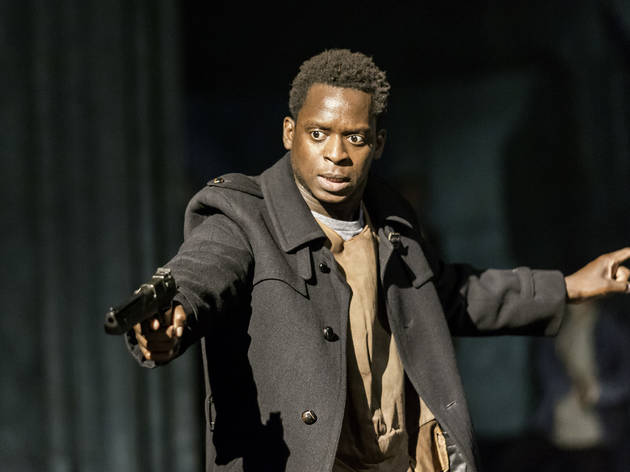 How you can still buy a 'Hamlet' ticket

There are 30 £10 day-tickets available for each performance of ‘Hamlet’, which can only be bought in person from the Barbican box office on the morning of the performance (two per person max). The box office opens at 10.30am, though you'll have to get down much earlier. 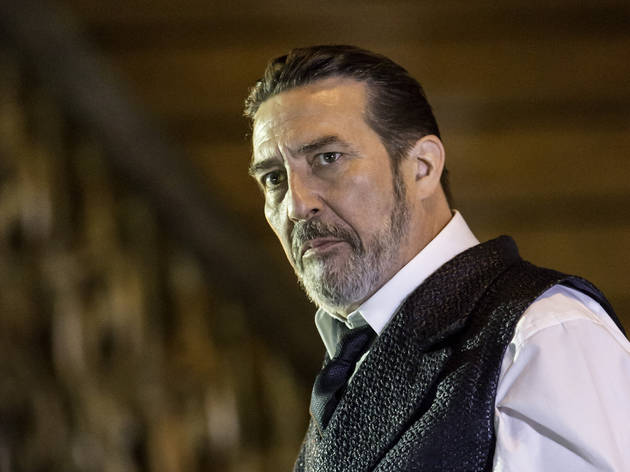 From the comfort of your local cinema, you can watch 'Hamlet' screened live from the Barbican Theatre. It's almost as good as watching the real thing. Don't miss also the Encore (not live) screening late in the month. The show itself is directed by Lyndsey Turner with Cumberbatch being joined on stage by Ciaran Hinds as Claudius, Sian Brooke as Ophelia and Anastasia Hille as Gertrude. 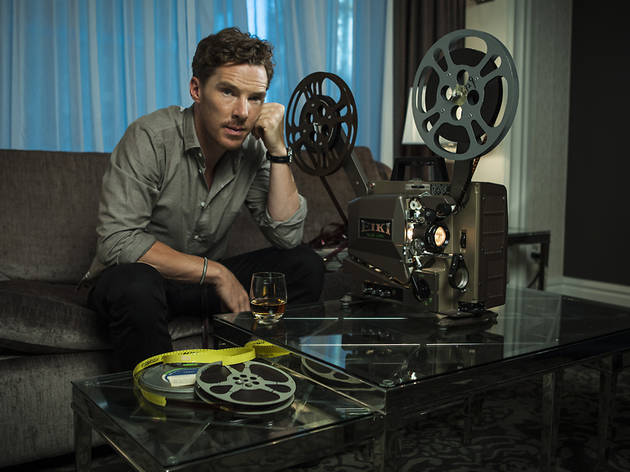 It’s 7.15 on a Saturday morning, and Benedict Cumberbatch is trying but failing to leave his Hampstead home and jump into a car to the airport. He keeps forgetting stuff, running back in, grabbing more things. ‘I’m useless at getting into a car. I always think of five things I have to have before I leave. It’s like threshold anxiety!’ This early hour is the only part of the day when the 38-year-old has a decent amount of time to talk, and he’s on the phone with me all the way to the check-in desk, talking fast about everything he’s up to.Most recently, he’s been recording the voice of the tiger Shere Khan for Andy Serkis’s new film of ‘The Jungle Book’ and rehearsing his role as Richard III in a series of upcoming Shakespeare plays for the BBC. Today he’s catching a flight to Toronto for the film festival where he will introduce ‘The Imitation Game’, a film in which he plays wartime hero Alan Turing, the mathematician who helped break the Nazi Enigma code and then faced postwar persecution because of his sexuality. The film opens the London Film Festival next Wednesday and is already being mentioned in the same breath as the Oscars. If anyone in cinema is on a high right now, it’s the actor once known as ‘that guy in “Sherlock”’.So, here we are, at the crack of dawn on a Saturday, talking shop. Something tells me you’re busy these days. Are you good at juggling so many jobs?‘I’m chuckling wryly because me getting out the door this morning was like a child who’s never travelle 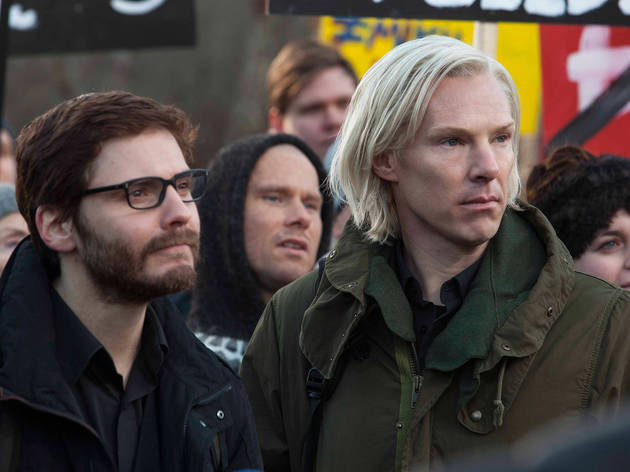 Benedict Cumberbatch is back on our screens playing WikiLeaks’s icy, shock-haired founder Julian Assange in ‘The Fifth Estate’. Inhabiting this sort of frosty, flawed genius is becoming something of a habit for the lanky star. He’s appeared on TV as both Stephen Hawking and Sherlock Holmes, and right now is filming a biopic of the troubled gay codebreaker Alan Turing. All of this got us thinking – which other six-foot-plus icons might Cumberbatch want to tackle in the future? Here are a few suggestions... 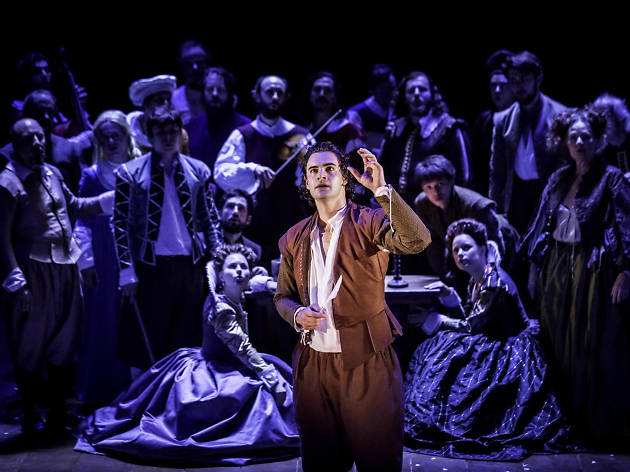 Whether you're planning a trip to Shakespeare's iconic Globe theatre or a spot of Shakespearean drama elsewhere in London, here's where to watch the best plays by the Bard in London.