Punchdrunk, the biggest immersive theatre company of all time, has been gone for eight long years. On the eve of its return, here’s an exclusive look at its new show

Twenty-two years ago, Felix Barrett, an Exeter University student from London, staged his graduation show in a Territorial Army barracks. It was a deconstructed version of Georg Büchner’s tragedy ‘Woyzeck’, in which the action was spread through the shadowy, candlelit army building, with the audience free to wander about but made to wear expressionless masks so that their faces fitted in with the show’s haunting world. Nowadays we’d call it ‘immersive theatre’; back then it was ‘site-specific’

Everyone loved it, but what really persuaded him to take things further was the praise of a uni coursemate who didn’t like him. Made to come and see the show, she was blown away: ‘She said, “Wow, you really should do that again sometime,” ’ recalls Barrett. ‘It was her response that made me think I should carry on.’

Barrett started a company called Punchdrunk, which he was in sole charge of for the first few years, setting up shows in found spaces and disused buildings. But he sensed that something was missing: at a 2003 version of ‘The Tempest’, stunningly staged in a disused distillery in Deptford, he realised that having conventional actors just saying lines from the play was kind of lame, and played against the silent menace of the building. The one performance in it that he really rated was a spirit, played wordlessly by a dancer. It gave him inspiration for his next project, which he won a grant for by pitching ‘Macbeth’ as a Hitchcockian thriller with Shakespeare’s language transposed into dance.

The main note he was given upon receipt of the grant was: ‘You’re going to need a genius choreographer to make it happen.’ So he found one: persuading Maxine Doyle to leave her intensely physical touring dance company and come aboard for the ride as Punchdrunk’s choreographer and associate director.

That, in a nutshell, is the origin story of Punchdrunk, probably the greatest British theatre company of the twenty-first century, and certainly the most significant immersive theatre company ever. Barrett and Doyle’s first show was called ‘Sleep No More’ – productions of it are still on in New York and Shanghai.

A golden decade of work ensued: the hallucinatory ‘Masque of the Red Death’ became a London phenomenon, taking over Battersea Arts Centre for more than half a year. There were collaborations with the English National Opera (‘The Changeling’) and Adam Curtis (‘It Felt Like a Kiss’), while Punchdrunk Enrichment, a sister company aimed at kids, got off to a stunning start with immersive Doctor Who adventure ‘Crash of the Elysium’. Weird and wonderful side projects bubbled up: an immersive travel agency that was too expensive to be practical; numerous exciting freelance adventures including directing and choreographing Shakira’s 2012 stadium tour. Punchdrunk seemed unstoppable. ‘It was a glorious time,’ reflects Barrett.‘It felt like we were able to ride the wave a bit.’ ‘We had a lot of momentum,’ says Doyle, ‘almost working at a subliminal level.’

What marked out all these shows were the hyper-detailed worlds that Punchdrunk built for their audiences: dark, menacing, fantastical, otherworldly spaces made of dozens and dozens of rooms that ticketholders could wander at will, full of silent encounters, every detail freighted with meaning. They’re in many ways more like games or films or, indeed, dreams, than any sort of conventional plays or dramas. And each one got bigger and bigger, culminating in 2013’s ‘The Drowned Man’, a vast, doomy adaptation of ‘Woyzeck’ (again), but many, many times bigger than Barrett’s grad project, transposing the action to the golden age of Hollywood. And then… well, not a lot. A handful of Enrichment events, a TV show collaboration with Sky Arts (‘The Third Day’) and the launch of ‘Sleep No More’ in Shanghai. The only new show was ‘Kaberoi’, a six-hour-long outdoor odyssey through the streets of London for just two audience members at a time that was almost impossible to get tickets for, and seen by fewer than 1,000 people.

‘Part of the problem was the spaces,’ explains Barrett. ‘We were driven by the desire to give the audience something they hadn’t seen before, but it gets harder the more the audience has seen your work, so we were trying to scale up and show them the unexpected. But then we needed bigger properties and there were fewer out there.’

Although the pandemic has played a small part, a lot of the delay has come from Punchdrunk’s desire to find a permanent London home after two decades of temporary squatting. A space in Holborn fell through; but eventually, they ended up with something they’d passed on almost 20 years ago.

‘When I first met Max, I was ringing up every council looking for a space,’ says Barrett. ‘And when I rang up Greenwich they said “Have you looked at the old arsenal building in Woolwich?” Years ago, I went out to see it, took one look and said: “It’s too big.” It’s amazing to come back.’

Punchdrunk now has its HQ and performance space in the huge former arsenal, abandoned for decades; it has the lease on the equally massive old artillery museum next door. Plus, it’s built a smaller third building connecting the two.

Welcome to ‘The Burnt City’

Punchdrunk’s new show is, on the most straightforward level, based on the tale of the Trojan War, specifically as described in the Greek tragedies ‘Agamemnon’ by Aeschylus and ‘Hecuba’ by Euripides. One building represents Troy, the other Mycenae and the Greek army encampment. When I first went to see the site on a press tour in September 2021, there was essentially nothing there, just a pair of empty warehouses. When I came back to speak to Barrett and Doyle, the spaces were utterly transformed.

The Greek building is a huge, mournful expanse of black sand and military fortifications, in which I saw Doyle’s crack team of dancers rehearsing a striking scene in which a weird, unearthly procession ominously moved down a huge staircase, soundtracked to a cacophonous drone. Lloyd Webber this most certainly ain’t.

By contrast, Troy is a bustling metropolis full of shops, cafés, bars… and a Japanese-style red-light district aesthetically inspired by Fritz Lang’s seminal sci-fi film ‘Metropolis’. Plus, almost every one of its many rooms is steeped in references to Greek mythology, be it the garish neon signs in the ancient Linear B script, the sake bar that turns out to be selling water from the River Styx, or the tenement building that classics nerds may determine to be a hideout for the Danaïdes, 49 sisters who murdered their husbands. Plus… is there something else going on? Why are all the flowers plastic? Why does nothing seem to be alive?

It is an unbelievably detailed world, that probably sounds baffling from my description, but basically it’s very cool.

‘With us everything has a story,’ says Barrett. ‘If you don’t know the story of the 49 women who killed their husbands, it doesn’t matter. But you should feel the thickness of it all. If you want to look into it, then the story’s there waiting for you. If you don’t, that’s fine. Our commitment to every aspect of our production is like that. It’s to do with an audience feeling touched and active and awake in the moment.’

‘For me, it’s about creating images that people will remember,’ says Doyle, who choreographs the dancers representing everything from the Trojans to King Agamemnon. ‘We look at the plays and we mine them for all we can and then we amuse ourselves imagining all the things that must have happened that aren’t in the play and we create a rich backstory to what might be a minor character in the play but is a major character in one of our shows.’

Immersive theatre has become a big business in the eight years Punchdrunk has been absent, but the many fun London shows that have sprung up are so far from Punchdrunk’s staggering ambition, scale and questing spirit that it’s unfair to consider them as peers. Indeed, the pair – who are diplomatic about newer companies – say they don’t really consider their peers to even be theatre companies.

‘I think because we strive for something that almost makes it feel like you’re in a movie,’ says Barrett, ‘then maybe our contemporaries aren’t really live work, it’s films. Ideally, it feels like a living movie.’

A lack of meaningful peers meant that Punchdrunk shows like ‘The Drowned Man’ were increasingly judged by what had come before: fair enough, but when there was a show out every couple of years it was increasingly easy to take the buildings and atmosphere that made them so extraordinary for granted. Nobody has ever made theatre like Punchdrunk. But there would always be another Punchdrunk show around the corner. Then, for eight years, there wasn’t. Even if it simply restaged an old show, it would be a pretty big deal. That ‘The Burnt City’ is both brand new and probably the single most ambitious piece of immersive theatre ever created is a bonus. Most exciting of all is that Punchdrunk won’t be disappearing again. Its new buildings are its permanent headquarters: the follow up to ‘The Burnt City’ will be staged there, and Barrett talks excitably about doing smaller shows on the local streets, or even opening a second space.

‘We’ve always been blissfully nomadic,’ he says. ‘But now it’s time to put down some roots. From now on we want to make sure anything we’re doing is shared with our London audience.’ After 22 years, Punchdrunk is finally coming home. 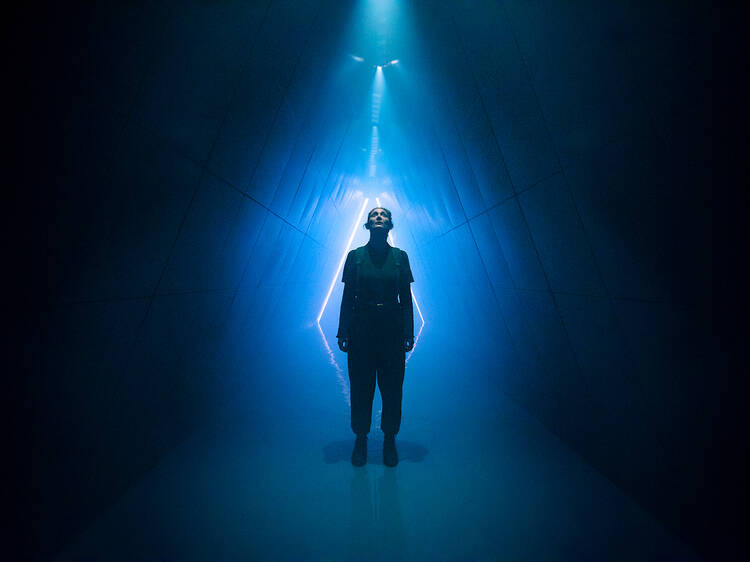 Whether you call it immersive theatre, interactive theatre or site-specific theatre, London is usually bursting with plays and experiences which welcome you into a real-life adventure.