Where the old-school hipsters hang out in the now

Angel Music Bar is the meeting of two very different minds.  In one corner, you have Con Christopoulos, the powerhouse restaurateur with City Wine Shop, The European, Syracuse, Neapoli, Spring Street Grocer, Kirk’s, Kirk’s Wine Bar, French Saloon and Butchers Diner under his belt. In the other, you have Georgina O’Connor, one of Melbourne’s best-dressed, Gen-Y artist types, who is the ultimate cool girl. On paper, it is an odd pairing, but together, they’ve brought the sometimes low-key, always pumping Angel Music Bar to the CBD where the old Korova Milk Bar used to be.

Music is front and centre, with a collection of records pumping out of Funktion One speakers specifically installed to fill the room with one of the most enjoyable soundtracks we’ve come across in a bar. We visit on a Tuesday, where it is unofficially Jazz Night, and Angel Music Bar’s definition of jazz is pretty loose. The speakers drip with John Coltrane, Susan Wong, Esther Phillips and Ute Lemper with scatterings of David Bowie and the newly released Tarantino playlist while the laid-back, midriff-baring bartender, who is the very embodiment of contradictory cool, is mixing a Martini while admitting that she is a teetotaller. Gotcha. So how does a Martini by a non-drinker taste? Not wet as requested and a little over diluted, but it does the trick. At $20 a cocktail, it isn’t the worst version of a Martini we have received, so colour us stunned.

Wines and fortifieds get a bit more consideration, as they’re compiled by Christopoulos and feature delicious, good-value drops with vague menu descriptions (mainly because the crowd here don’t care, or don’t know to care) where you can score yourself a glass of 2016 Dr Loosen for $16, labelled simply as ‘German Riesling’, or sip on a 2009 Victor Gontier Calvados for $15. For big, flashy spenders (we assume there are a few at the end of some nights), Champagne houses receive representation on the very concise menu of four bottles, where a 2009 Dom Perignon and NV Krug Grand Cuvee top the list at $370 and $450 respectively. Judging by the more established and well-travelled drinkers in the bar, the presence of big-ticket Champagne in the building isn’t tokenistic and every day that ends in Y could easily turn into a party. A crew of design firm executives could burst through the doors and drop their corporate cards. Those teams of beautiful Vivien’s stylists could roll in with their crew for a post-shoot drink. In fact, they just have.

Snacks come from Butchers Diner next door, are walked over by the staff and delivered to the bartender before they reach you. If you’ve had a few drinks and can see your jalapeño poppers hanging out for a minute, it might leave you yearning, but put your faith in the seemingly convoluted system – surprisingly, it works. Snacks come in the form of pickles, nuts and olives, but if you need more cushion for your boozin’, we suggest you lean into fried options and accept the offering of seasonings and hot sauces. Fish goujons (that’s fish fingers, to us regular folk) and jalapeño poppers come golden brown and delicious, but they need a heavy hand of salt and a sprinkling of hot sauce to come alive. The prawn cocktail is straight out of the ‘70s, with five fat peeled prawns sitting in a martini glass with thousand island dressing on a bed of iceberg lettuce. If you’re looking for something more substantial, we strongly advise ordering the six- (yes, six!) point ham and cheese toasted sandwich, which contains a quivering inch of bechamel between heavily buttered bread. We’d say this is a party finisher, rather than a party starter. Plan your night wisely.

Angel Music Bar is the perfect place to go to if all the new, hip bars are making you feel old. Just because you’re not fresh-faced and getting carded all the time, it doesn’t mean you’re not down for a big night with like-minded people who also happen to suffer from back pain. At Angel, it feels like there is something simmering below the surface the whole time, mainly because there is. Heck, when we were there, O’Connor was organising a last-minute music party with a duo who just happen to be in from Paris and building a guest list with the crew from Fur. The crew who choose to frequent Angel might not be spring chickens, but they could sure show the youth of today how it is meant to be done. As for Christopoulos, we don’t know how he does it, but he’s on to another hit. 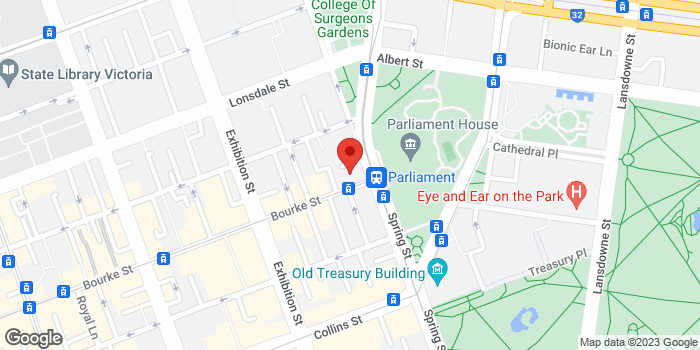