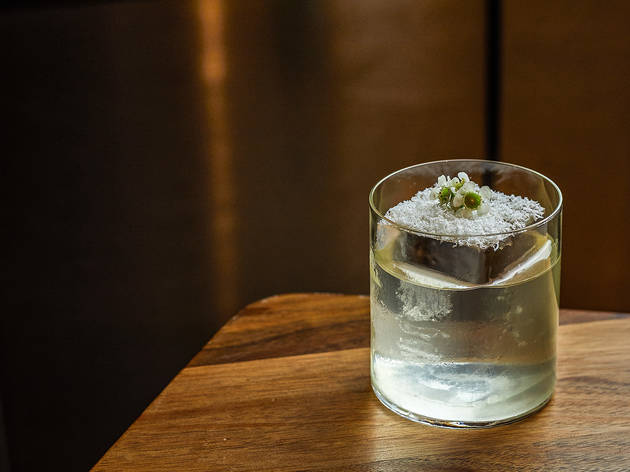 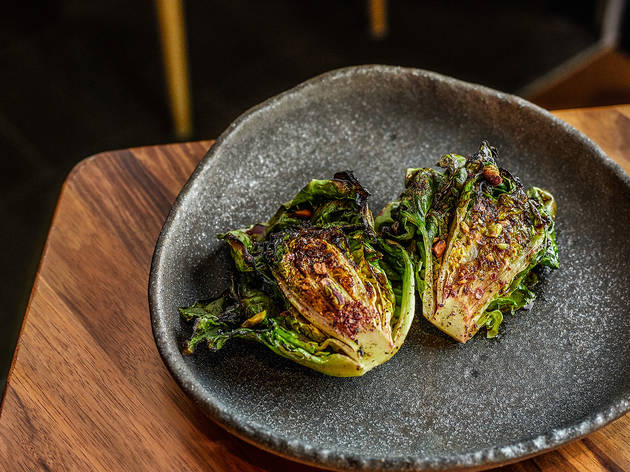 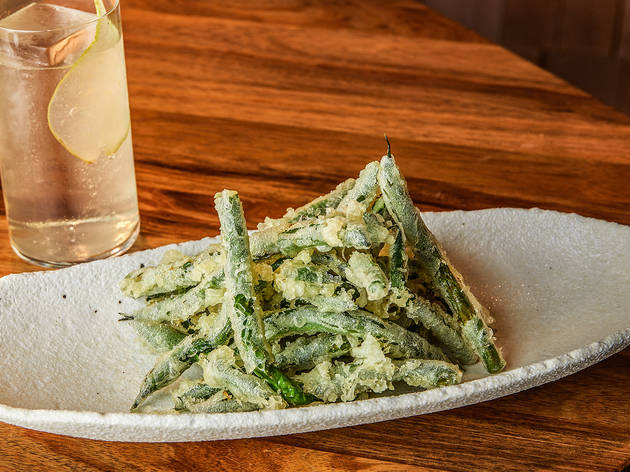 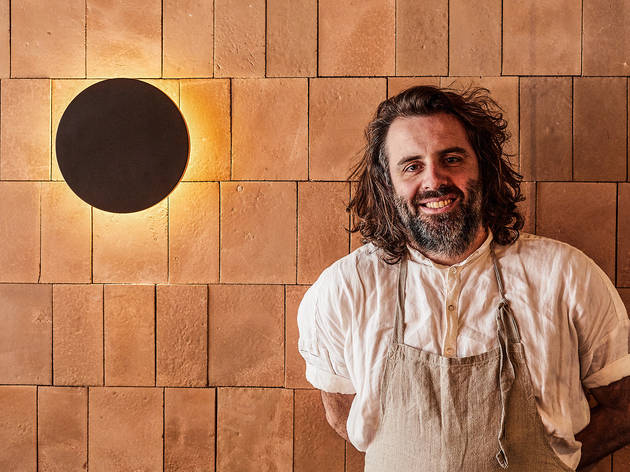 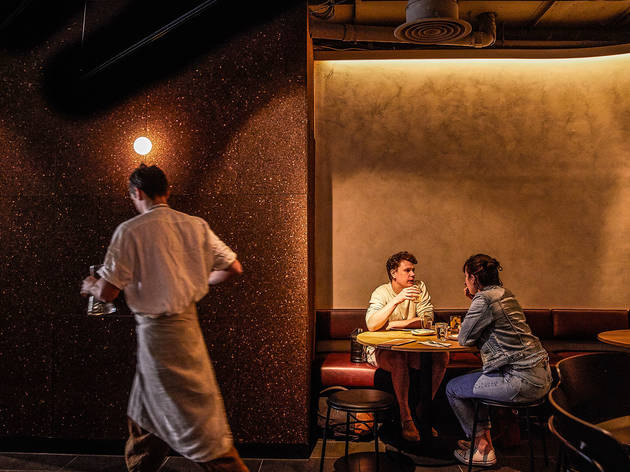 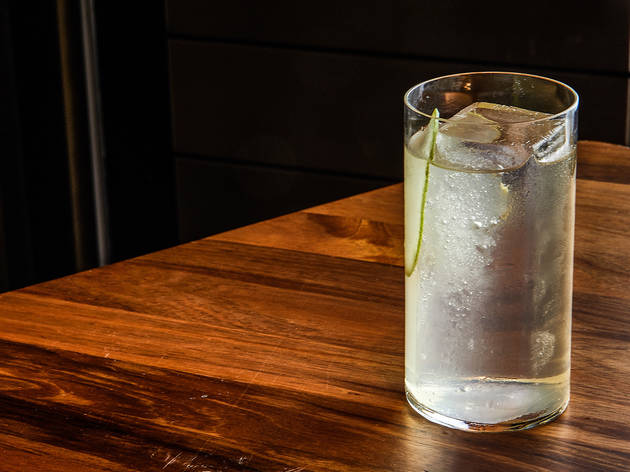 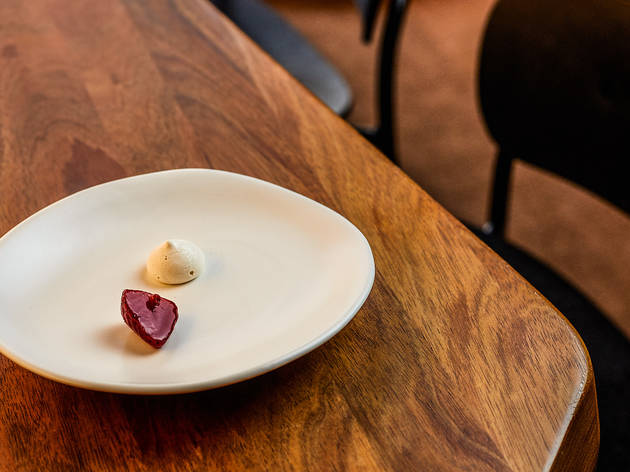 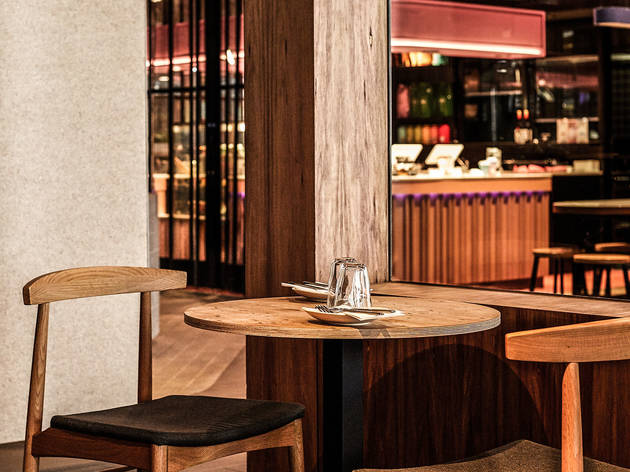 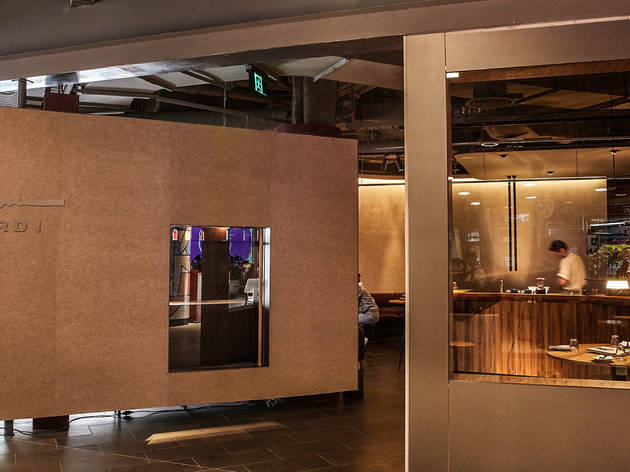 There should be another word for what Byrdi is doing. Bar doesn’t quite cut it, despite the fact that dispensing booze is at the core of what it does. It seems more like some kind of lab where you get to play guinea pig to their scientist. There’s been nothing quite like it in Melbourne since Der Raum, which makes sense given that co-owner Luke Whearty cut his cocktail teeth at that highly influential bastion of eccentricity.

In more recent times Whearty and his partner, Aki Nishikura, have been picking up truckloads of awards and accolades at their Singaporean bar Operation Dagger, where they earned a reputation for opening up the conversation about what drinks can be. Now they’re in Melbourne – in Melbourne Central, to be exact – and are mixing things up here.

The fact that Byrdi is located in a shopping centre and has the kind of earthy/organic fitout that you might mistake for an Aesop outlet is just the first part of adjusting your thinking. It’s a strong showing from Design Office, with the room’s segmented, almost chilly minimalism saved by the warmth of the materials used – Victorian ash, coconut husk flooring, bluestone. It’s going to look even better with some wear and tear.

The drinks, made and served by a fleet of staff swaddled in crushed linen, are highly original and highly delicious in equal parts. There’s so much exciting technique here, plus a strong sense of seasonality. Techniques commonly associated with kitchens are front and centre – fermenting, smoking, clarifying – and the results are often thrilling.

The Not Mezcal highball is a mix of fermented, fortified and smoked pear from the Yarra Valley topped up with Strangelove pear soda that has clarity and a meticulous sweet/savoury balance, while the Weis Bar is a brilliant mix of lacto-fermented mango, clarified cream and mango vinegar that gets both the sweetness and the finishing sour notes just right.

There are in-house ferments, too, made with ingredients like honey, apples, hibiscus and cabbage and a short, sharp page of snacks that are trying to follow the drinks’ lead but still have a way to go in terms of execution and balance. That being said, the charred lettuce hearts with pistachio and riberry vinegar is up there with the smartest bar snacks in town right now.

There’s a lot of cocktail geekery happening at Byrdi. It’s earnest but not pretentious, and there’s highly original and exciting drinking to be had because of it. You can also get breakfast. And a coffee. In a shopping centre. We need a new word.