In music, the list of cover versions that are better than the original is strikingly short, but those on the list tend to be a radical reinterpretation rather than a tepid rehash. The old Hotel Esplanade wore its shabbiness and grunge proudly, like a tattered T-shirt of a favourite band, but the team at Sand Hill Road (Garden State, Prahran Hotel) did more than just give the place a lick of paint when it took over in 2017. The group closed the place for over a year and undertook a $15 million rebuild.

Up-and-coming bands playing in the corner of the Espy’s front bar may have tried to raise the roof in the past but it was Sandhill Hill Road that cracked it right open replacing the tiles and wood with glass and letting the sunshine in to what was a proudly stingily lit space. The famously adhesive carpet is gone too replaced by terrazzo tiles and the only greenery to be found is hanging from the ceiling in leafy tendrils. Patches of exposed brick stop things from looking too shiny but this is a light, bright space now.

The old Main Bar seemed to turn its back to the sunny seaside location where it has stood grandly since 1878, whereas the new bar feels like a permanent summer garden party with a young crowd queuing around the block to get in in the warmer weather. Cocktails like a Seaside Spritz and Seaberry Fix keep things feeling coastal and a Double-Barrel Margarita shows off the bartending skills with a mash-up of a classic Margarita and a Tommy’s, mixing Herradura Plata tequila with agave and fresh lime. The popular Barrel-aged Negroni comes premade and is also available for takeaway and the best place to enjoy all these is still the huge bay window to the right of the bar where you can watch St Kilda life parade by.

The menu is pub classics turned up to 11 with chicken schnitzel coming with a cabbage slaw and garlic butter and a rotisserie chicken with shallot gravy besides regulars like fish and chips and a parma. Snacks run from a cheeseburger to a slipper lobster roll with Marie Rose mayo but when the bar get extra busy (weekdays 3-5pm; weekends after 9.30pm) it’s a pizza-only menu with a range of classic toppings and more unusual offerings like mushroom ragù. Service can be a tad brusque but keeps up with the high volume of orders.

The redone Espy has 12 bars over five floors and has opened up parts of the hotel that were once reserved for St Kilda’s pigeons to relieve themselves in, revealing places in the grand dame that were previously hidden to punters. But the key to it attracting a keen new crowd while keeping the love of the old Espy crew was being bold in the renovation but nodding to the past; keeping the Gershwin band room unchanged (save for some new audio equipment) and clever collabs like the Four Pillars “Sticky Carpet” gin. A definite contender for a cover better than the original. 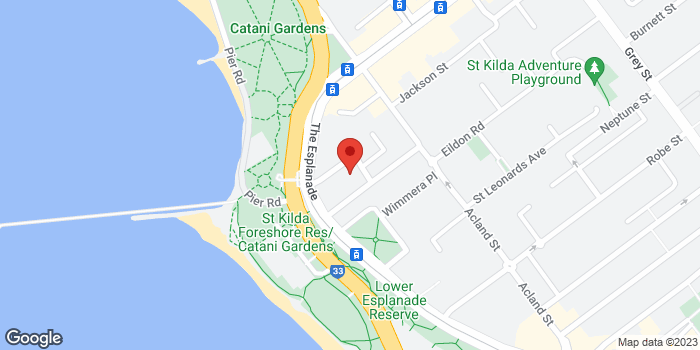 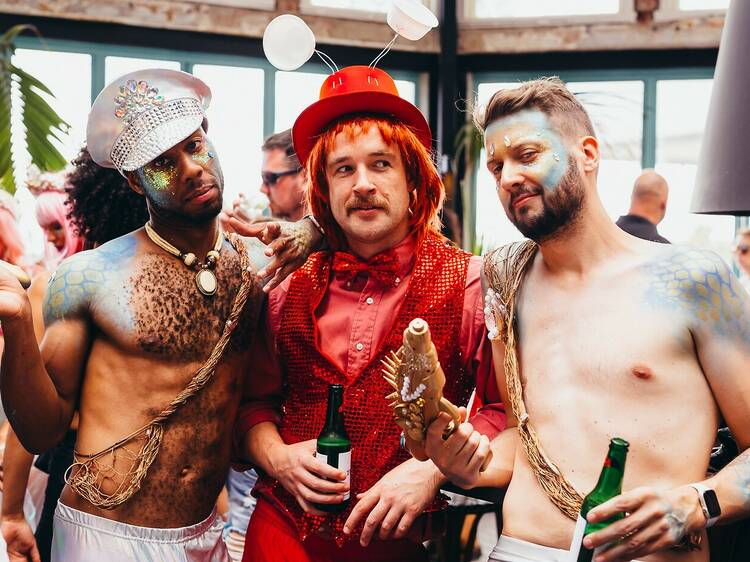 On Sunday, February 5 you can head straight from Melbourne's Pride March to the Espy's annual after-party for an afternoon of drag queens, DJs and rainbow treats. Entry is free, and the festivities kick off from noon 'til late. The St Kilda pub is undergoing an epic transformation for the occasion, and visitors can expect over-the-top themed decor, rainbow lighting, glittery decals and flower displays. Snap your pics for the 'gram and then find a prime spot to catch the very special Espy staircase performance from Sunshine Disco Faith Choir. Put on your dancing shoes, because the who's who of Melbourne's queer dance community will also be performing across the Espy's three rooms. Think Jason Conti, Butch Le Butch, Gavin Campbell, Jake Judd, Hip Hop Hoe, Sugar Plump Fairy, Onyx and more.  When you're ready to quench your thirst, rainbow slushies will be on offer for $18, with $2 from each and every slushie going towards the Victoria Pride Centre. At the end of the day, the Espy will match the final total, and if you can't make the after-party, you can also purchase the slushies during opening hours from February 3-5.  Booze will be flowing, so to help line your stomach the Espy will be dishing up tasty eats like chili spanner crab spaghetti, rotisserie chicken, Caesar salad and battered fish and chips.  For more information, head to the Espy's website.  Can't make it to the after-party? Celebrate Pride with a visit to the Espy's neighbour, the Victoria Pride Centre.