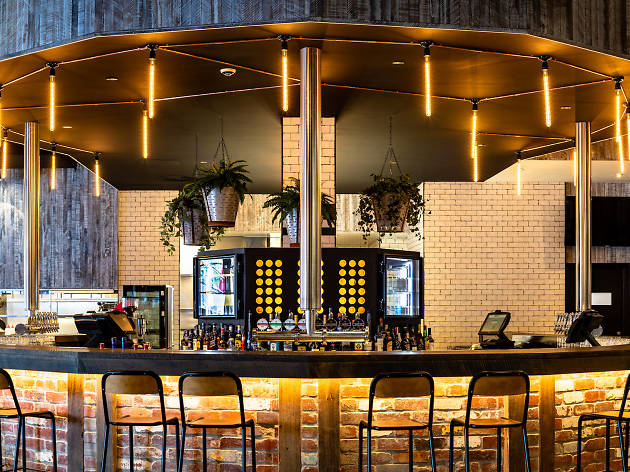 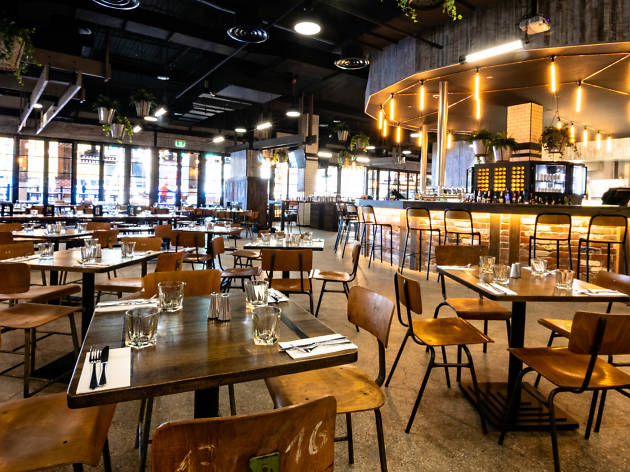 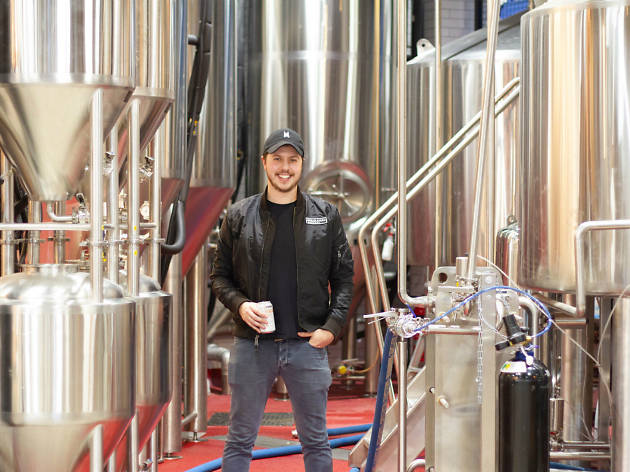 Docklands is one of Melbourne’s longest-suffering neighbourhoods. Despite concerted efforts, the suburb has been the daggy butt of jokes for years, despite its proximity to both the city and the bay. Finally things are starting to look up for the dockside ‘hood, with the opening of a new brewery and pub that’s worth traveling to Docklands for.

Urban Alley Brewery has the potential to finally give Docklands residents the local they’ve sorely lacked. Located underneath the Melbourne Star, the venue is part craft brewery and part pub, with a line-up of four core beers (the signature pale plus a lager, IPA and American pale ale) brewed on site – you can even watch the team hard at work through the massive glass windows.

The Urban Alley beer itself has been produced for years now, with the earliest iterations of the brew arguably dating back to Urban Alley founder Ze’ev Meltzer’s high school days (where he’d brew beer in secret at boarding school). The beer is kosher and vegan, with special brews released seasonally (at the time of writing the tangy American Raspberry Wrye was on pour).

Sustainability is a huge focus at Urban Alley, and the venue has implemented a number of processes to reduce its carbon footprint. It has partnered with the next-door distillery to share resources involved in the heating and cooling processes in brewing to reduce energy consumption. It has also installed an on-site biowaste plant that repurposes waste products into fertilizers for farmers, and the team use compostable E6PR rings on six-packs (Urban Alley is currently the only brewery in Australia to use this product).

The building itself balances chic modern gastropub vibes with a dash of reclaimed industrialism – you can’t go wrong with exposed brick, after all. It very much feels like the Urban Alley team have opened the venue in line with their forthcoming neighbours (like Hoyts, Asian hawker-style venue 8 Street and Melbourne’s first Archie Brothers Cirque Electriq). There’s plenty of seating inside and outside the spacious venue, so you won’t have to eat your parma standing up.

Urban Alley Brewery is open daily from 11am.