Each year, Refugee Week (June 18-24) celebrates the positive contributions made by refugees to Australian society, while also calling for Australians to be more welcoming to refugees. The week's theme, taken from the national anthem, "with courage let us all combine" is a call for unity – so in the spirit of the event, we've chosen just some of the best events happening around Melbourne for Refugee Week.

1. An enormous inflatable refugee will sail down the Yarra River

Don’t be alarmed when you see a 20-foot tall man wearing a life jacket sailing a wooden boat down the Yarra River next week. Inflatable Refugee is a sculpture by Belgian art collective Schellekens & Peleman, and is on a journey around the world to draw attention to the global refugee crisis. You can watch the Inflatable Refugee sail into Melbourne from east of the Princess Street Bridge in front of the boat sheds from noon-3pm on Saturday June 17, and from 11am-3pm on Sunday June 18. After that, it will be on display at the Immigration Museum from June 19-25.

2. Cafés are getting involved with Road to Refuge's Coffee Cup Project

Not-for-profit organisation Road to Refuge is rebooting its Coffee Cup Project for Refugee Week. From June 19-25, cafés around Melbourne will be offering takeaway coffee cups emblazoned with a picture of Layla, a fictional refugee girl whose journey on the Stories About Hope website aim to educate coffee drinkers on the often harsh realities of seeking asylum. Participating cafés include Market Lane sites around the CBD, Seven Seeds cafés including Brother Baba Budan and Hortus, the refugee staffed Long Street Coffee, Mile End Bagel and Social Studio in Collingwood. For the complete list of participating cafés head to the Road to Refuge's Facebook page.

3. Tamil Feasts is going mobile with a food truck

Gumbo Kitchen is lending their food truck to social enterprise Tamil Feasts for Refugee Week, and the crew will be drinking around Melbourne to serve up their famous Sri Lankan dishes. Tamil Feasts, usually based in CERES, runs traditional Sri Lankan dinners cooked by Tamil men currently seeking asylum in Australia. The proud cooks, Nirma, Niro and Nigethan make exceptional banquets featuring flavours from home so if you haven't had the chance to eat at Tamil Feasts, catch them for curry ($12) with a side of social justice on the following dates: Monday June 19 lunch at Po'Boy Quarter, Wednesday June 21 Lunch at Melbourne Farmers' Market at Melbourne University, and Saturday June 24 dinner at CERES Winter Solstice. 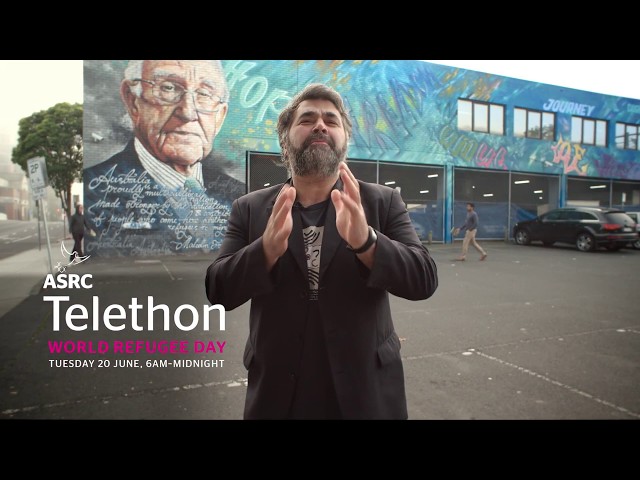 The Asylum Seeker Resource Centre (ASRC) is running a telethon on World Refugee Day, on Tuesday June 20. They are aiming to raise $300,000, which will go toward providing 12,000 nights of shelter to hundreds of refugees in Australia, 1,699 appointments for mental health care, legal aid, and one year of food and groceries for 45 families. Give generously from now through the telethon website, or book a ticket ($50pp) to the ASRC World Refugee Day lunch at Highpoint where all proceeds will go to the telethon.

Want to give back to other causes? Here are ways to do good in Melbourne.

And check out Free To Feed, cooking classes run by asylum seekers.

Delima loves sniffing out a cheap eats foodie gem and loves telling Melburnians about lesser known nooks they should tick off their city bucket list. Having lived in Melbourne since 2008, she had covered public transport news and city events, explored dining hidden gems and written reviews for those guilty pleasure gigs you're too-cool-for-school to admit having been to.

Reach her at delima.shanti@timeout.com or connect with her on Instagram: @delshanti